You are here:
Home / Trick Or Trade Is The Pokemon TCG At Its Purest

Trick Or Trade Is The Pokemon TCG At Its Purest

Despite loving card games of all kinds, I find the entire concept of TCG financials slightly repulsive. People are too obsessed with ‘market value’, or if their booster packs will ‘break even’ on the secondary market. They religiously track the rise of and fall of format staples, hoping that their garage full of sparkly bits of cardboard will buy them a house in 20 years’ time, completely ignoring the games they could be enjoying with them.

Of the various TCG communities, Pokemon is by far the most sucked into this value craze. Just look at the game’s main subreddit – there’s no discussion of playing the game or brewing decks, it’s all about the sweet pulls and hordes of sealed product they’re sitting on. It’s hard not to feel disillusioned with the Pokemon TCG sometimes, but then it comes out with things like the Trick or Trade special reprint set, of which a box of was sent to me by Pokemon's PR team, and its endearing simplicity immediately pulls me right back in.

As you might glean from the name, Trick or Trade is a special Halloween-themed release. The gimmick is they are meant to be treats to give out on Halloween – they’re small, cheap, and even the bag they come in looks like a multipack for candy instead of your normal Elite Trainer Box. Of course, being the child-hating grinch I am, I decided to open a few packs of it for myself, and I was surprised at just how unassumingly charming the whole thing is. 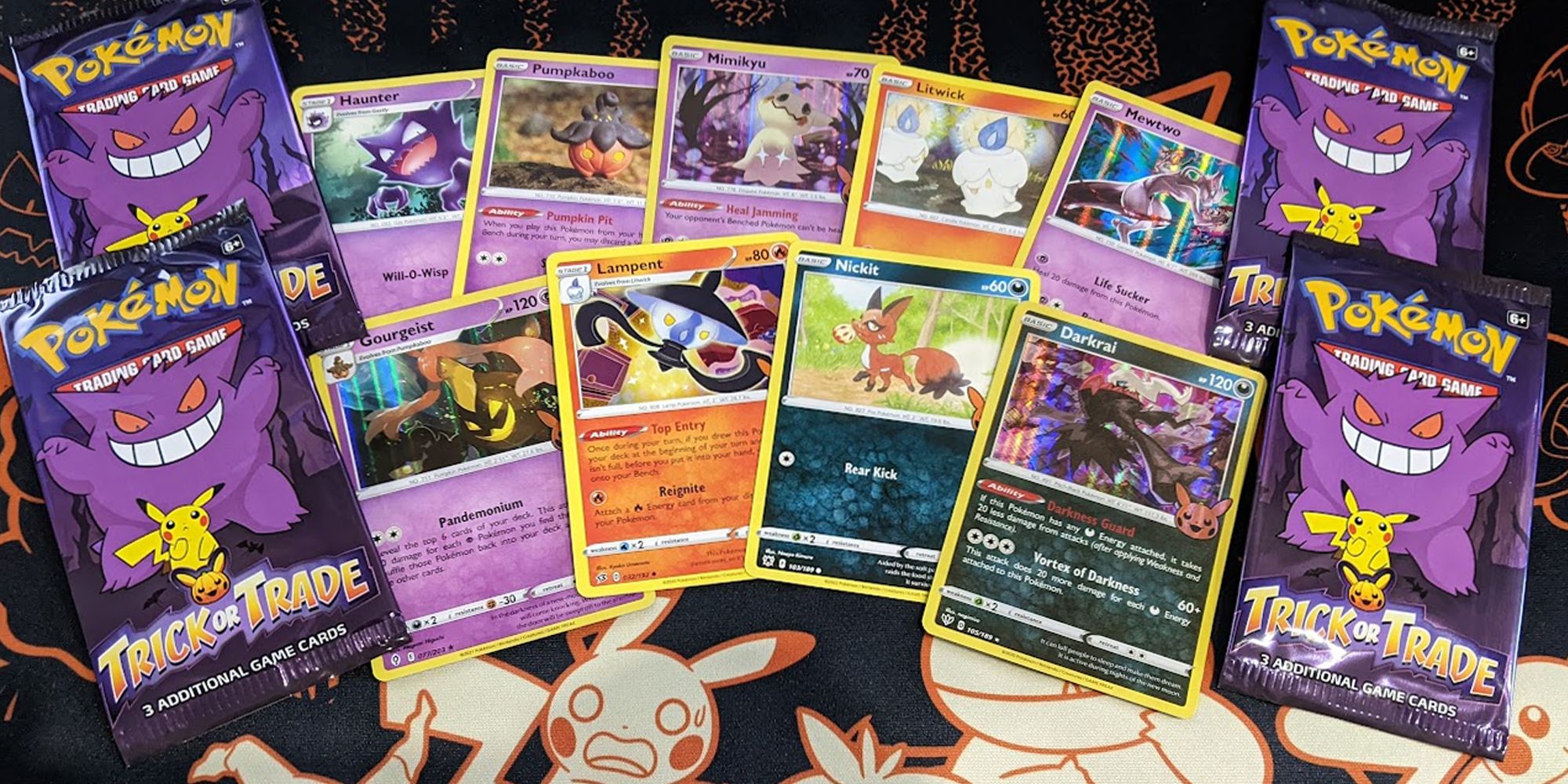 Each booster pack contains just three cards (usually reprints of older Ghost or Dark-type Pokemon), with a special Halloween pumpkin stamp on them to add a bit of seasonal pizzazz. More importantly, the set lacks any of the usual full art ‘chase cards’ that dominate recent expansions. No Trainer’s Gallery, no V, VMAX, or VSTAR, no rainbow rares, no golden rares, not even any battle styles. Just 30 bog-standard Pokemon cards that collectors won’t end up razing Targets to the ground to get their hands on.

This return to basics means opening a pack of Trick or Trade highlights the simplistic beauty of a regular Pokemon card. With no full art hiding at the back of the pack to wait for you to chuck the ‘chaff’ away, your most exciting pulls are the foil versions of Pokemon you like, rather than those that sell best on the market. It’s the closest I’ve felt to being back in the Wizards of the Coast days when the most exciting thing you could pull was a foil Mewtwo to show off at school the next day. 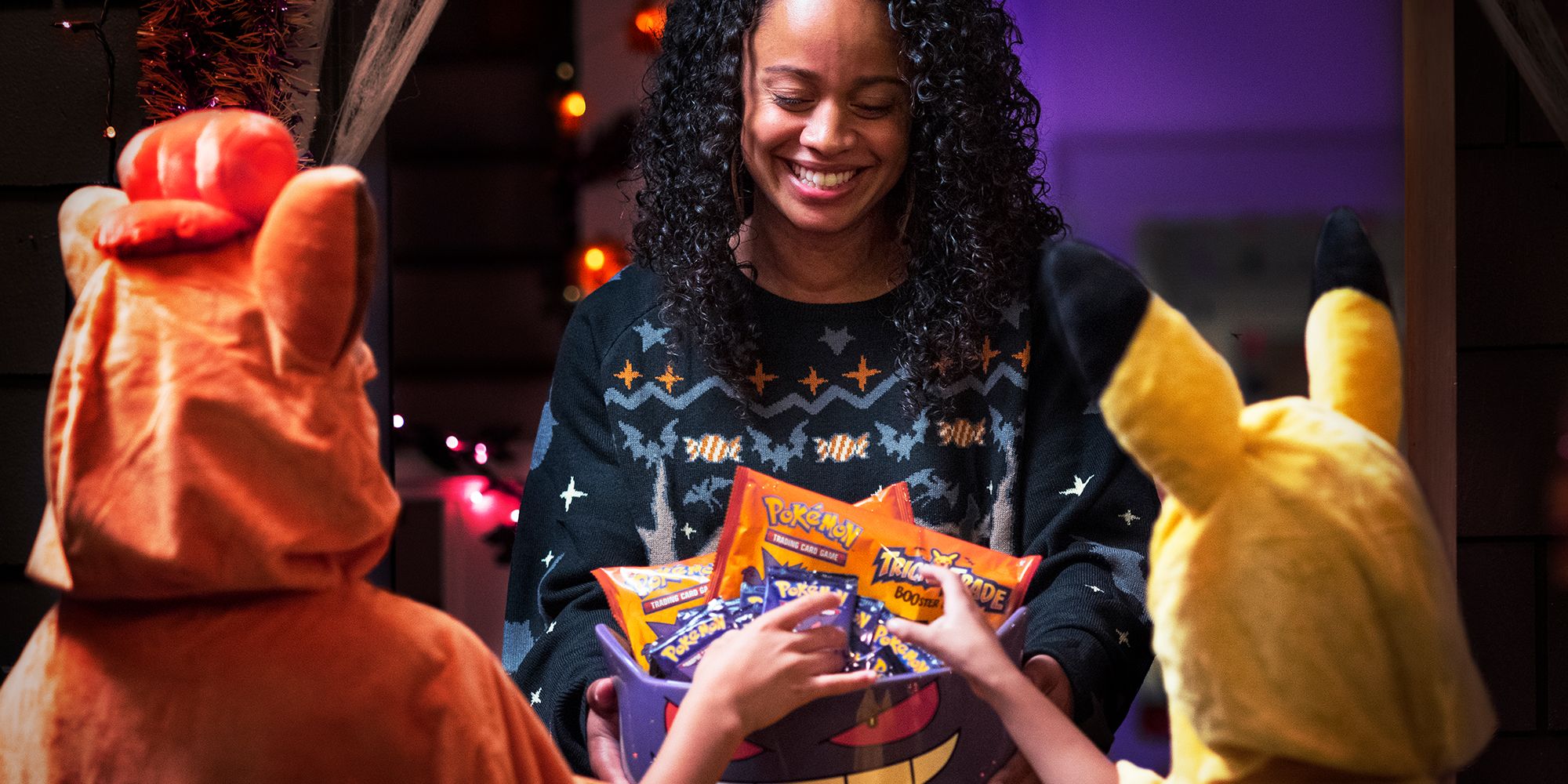 When almost half of a normal expansion are alt-arts and flashy rares, you lose sight of the appeal in the commons, uncommons, and rares. When they aren’t worth enough to pay for a coffee, let alone pay off your mortgage, lots of people simply stop caring. In any other expansion, these Trick or Trade cards would’ve been bulk I tossed in a storage box. But when they’re the main focus, you appreciate the smaller details. The way the foil bleeds through the card frame, the gorgeous art of cards like Hattrem, Nickit, Pumkaboo, or, my personal favourite, the crocheted Zubat. These are all reprints with nothing new, but this more austere product really highlights them in a unique way.

I even feel weirdly enthusiastic about building new decks and playing with these cards than I ever have with a fancy VSTAR or rainbow foil. With the game’s community so dead-set on tracking value and sequestering your cards away for decades in humidity-controlled vaults, it’s nice to have a product that is just good, wholesome, playable cards that I don’t need to worry about damaging. Even the most decadent of cards here would just be the meat of your deck that surrounds a pricier Palkia VMAX or Kyurem VSTAR. 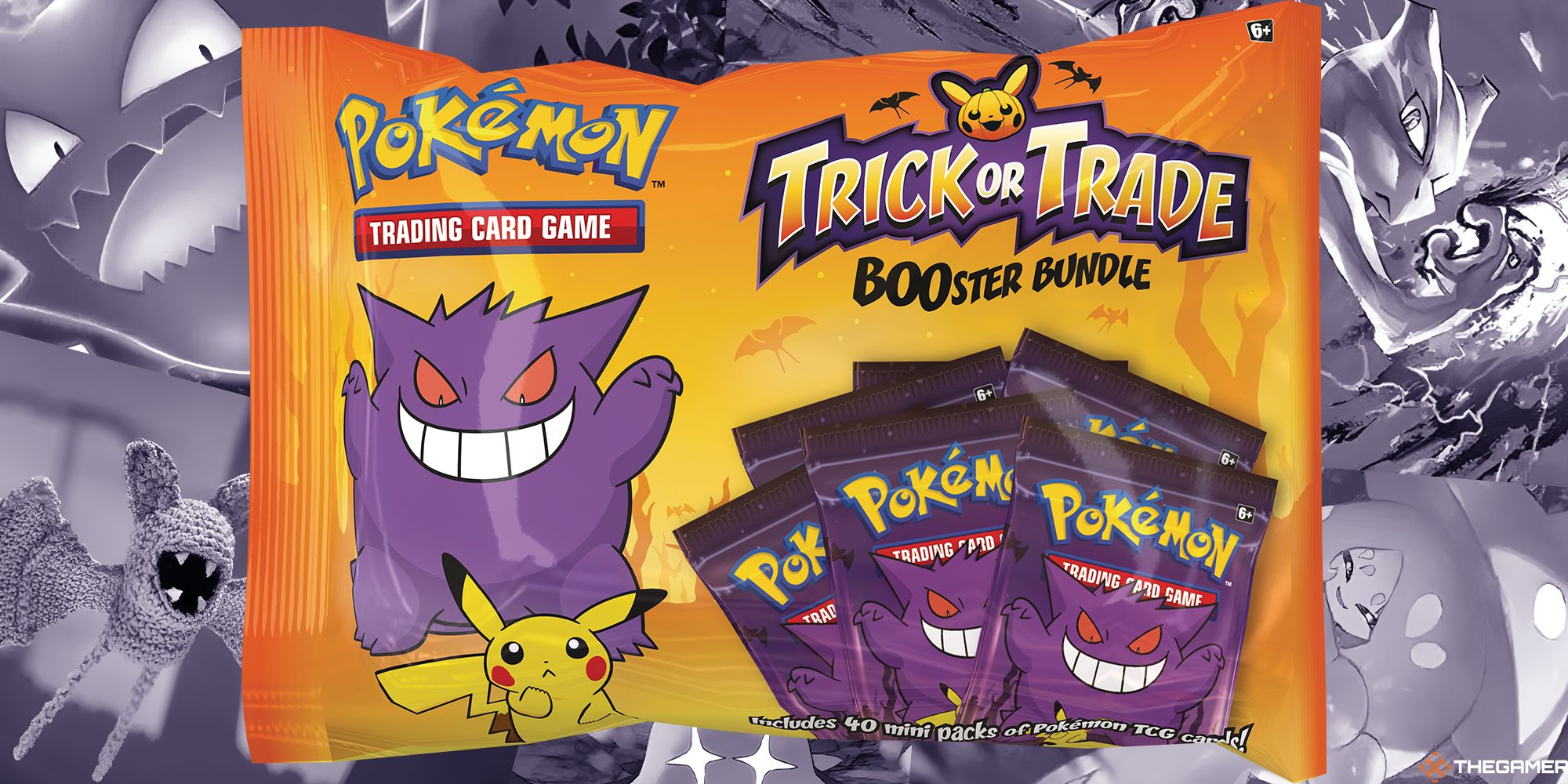 Trick or Trade isn’t going to spark a big paradigm shift in how collectors look at Pokemon; and the fact that you can still easily buy bags of it online shows the speculators don’t care. After all, there’s no Charizard VSTARMAXSPACEYSPACE in it to stick in a toploader and flip, so they’re likely not even going to give it a second look. The most valuable card is worth around 12 cents, or, to some cynical TCG financial types, not worth the card stock it’s printed on.

For someone like me who is utterly worn out by the endless squabbling over how much a card will sell on CardMarket, on the other hand, Trick or Trade is a point of calm in a hurricane of speculation and scalping. It helps bring into focus the fact that the Pokemon TCG isn’t just popular because the cards are valuable. It’s popular because it’s still exciting to pull an unassuming Litwick if the art is nice enough and the card seems fun to throw into a deck – and if you can sell an almost-30, heavily jaded arse like me on anything less than a golden secret rare, imagine how that kid trick or treating is going to feel.