You are here:
Home / Toy Story 2 Is A Nostalgic Platforming Masterpiece That Needs A Remaster

Licensed platformers aren’t that common nowadays. When I was a kid you couldn’t move without bumping into a mediocre movie tie-in or a weirdly out of place adaptation that probably cost a fiver to put together on the original PlayStation.

Games are now more expensive and take longer to make than ever before, so unless you’re Disney, Lego, or carry enough cultural weight to sell millions of copies, studios aren’t going to bother investing money in pumping out a licensed game. It’s a sad state of affairs, and likely isn’t going to change anytime soon as live services become more commonplace and the slate of games released each year grows smaller and smaller. We won’t get a Turning Red game, but we might see it receive a skin in Fortnite, and that’ll have to do.

The recent release of Lego Star Wars: The Skywalker Saga felt like a return to the glory days of licensed games, a rare treat that has already been subject to critical and commercial acclaim. Rightfully so, it’s an excellent little game that capitalises on modern game design and tightly held nostalgia in equal measure to produce something wonderful. It takes me back to playing the old games as a kid, or similar games like The Chronicles Of Narnia: The Lion, Witch, and the Wardrobe or Lemony Snicket’s A Series Of Unfortunate Events, the latter of which my mum promised me was ‘just like Final Fantasy’ when I opened it on Christmas morning. It wasn’t in the slightest, but it was still a licensed banger. Please don’t look up the metacritic score for that one and ruin my dreams. 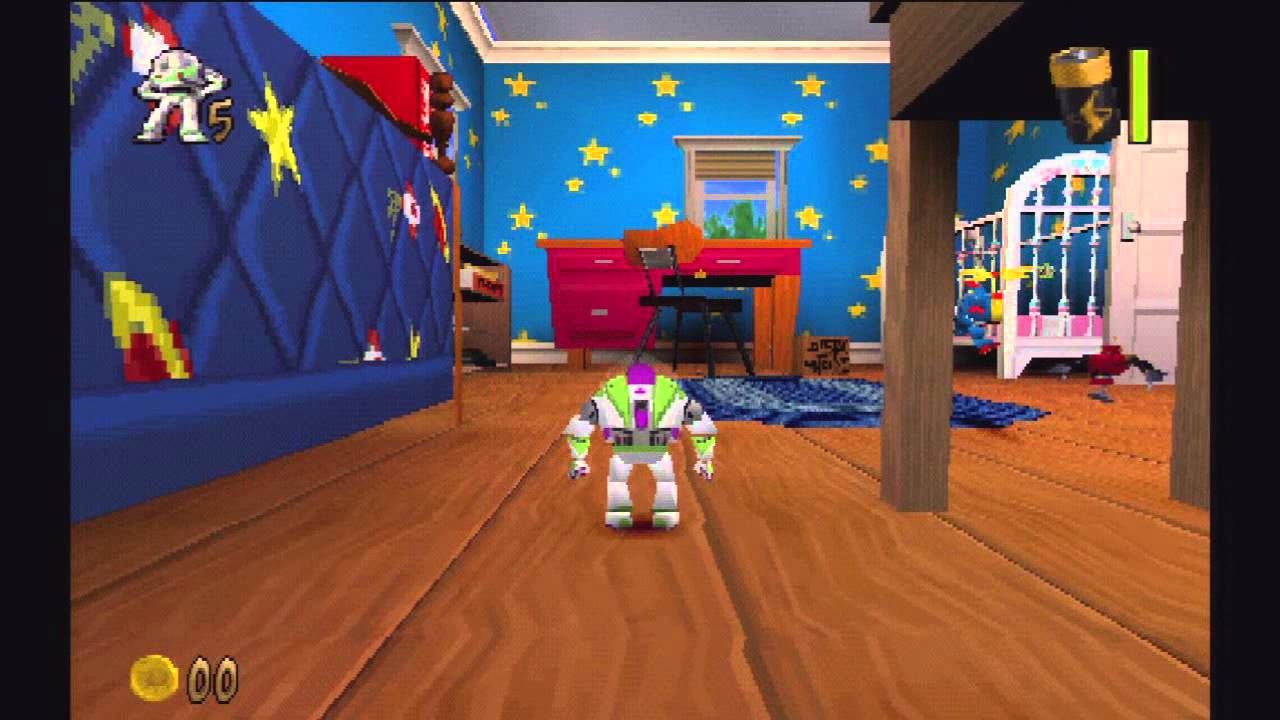 But one game across this swathe of licensed goodness stands out to me – Toy Story 2. Released alongside the Pixar classic in 1999 for the PS1, Nintendo 64, PC, Mac, and Game Boy Color, this charming little platformer was far better than it had any right to be. Toys For Bob, who most recently worked on Spyro: Reignited Trilogy and Crash Bandicoot 4, combined the tenets of classic games of the time like Super Mario 64 and Crash Bandicoot into a layered, satisfying adventure that followed the events of the film to a tee. I played this game at the perfect time, when my tastes in the medium were first forming and I had all the time in the world to screw up on the first level over and over again until my older brother came along and did it all for me. So I watched him reach the end of the game and parts of the experience I was never good enough to witness myself, but it still allowed me to form nostalgic memories in my mind that make me desperate for a remaster, or even a modern release on current platforms that leaves all of its quirks and distinct ideas untouched.

I bet if I booted up Toy Story 2 right now I’d cringe at the controls, or the identical soundbite that Buzz Lightyear spews out each and every time he jumps into the air. Platforming sections were often finicky, while you’d need expert reflexes and plenty of patience to reach some of the game’s more obnoxious collectibles situated across Andy’s Room and other levels. Despite all of its contemporary flaws, it’s important to remember that this game was released at a time when 3D platforming was still in its relative infancy, with much of the industry still reeling from the brilliance of Super Mario 64 as it struggled to iterate upon its success with its own blockbusters. Toy Story 2 felt like a response to that popularity with its wide open levels and a focus on multiple collectibles that encouraged constant exploration.

It was rough around the edges, but for a movie tie-in it felt more ambitious than it had any right to be. That combined with its legendary brand status helped to establish a game that millions of kids like me played at the time and still remember fondly. The controls, music, level design, and characters still feel fresh in my mind, and I think with a few generous tweaks and a visual upgrade it would still stand the test of time today. I’m not sure we’ll ever receive such a remaster, given it’s based on an old film and Disney would rather focus on its newer efforts. That, and it doesn’t seem to care much about the gaming landscape anyway.

Licensed games are a rare breed nowadays, so if we aren’t set to receive any new ones in the near future, we can at least take some time to appreciate how popular they used to be.