You are here:
Home / Tower Of Fantasy Preview – First Impressions On A Familiar World

Tower Of Fantasy Preview – First Impressions On A Familiar World

Tower Of Fantasy introduces you to the world of Aida, an unexplored realm to discover as you reconstruct your lost memories and, in the process, help everyone in need. But in an open-world game as huge as this, not everything is about traveling and meeting new NPCs, and soon you will find yourself surrounded by all manner of enemies to fight.

Combat involves the use of multiple, interchangeable weapons at a time. From bows and shields to machine guns and spears, this convenient and dynamic system allows you to tailor your loadout as you see fit, and the weapons equipped will affect how you develop during battles. An elemental damage system with a wide variety of weapon categories also aid progress, and for further additions to your arsenal, it is necessary to use the Special Orders.

Special Orders are Tower of Fantasy’s gacha system, and of course, one of its most prominent aspects. In it, you can pull on different banners to unlock new characters called Simulacra. As the name suggests, you don’t exactly use the characters in a party, but you equip their weapons instead, employing holographic simulations of their physical appearance if you choose to, but otherwise defaulting to your customized main character form. 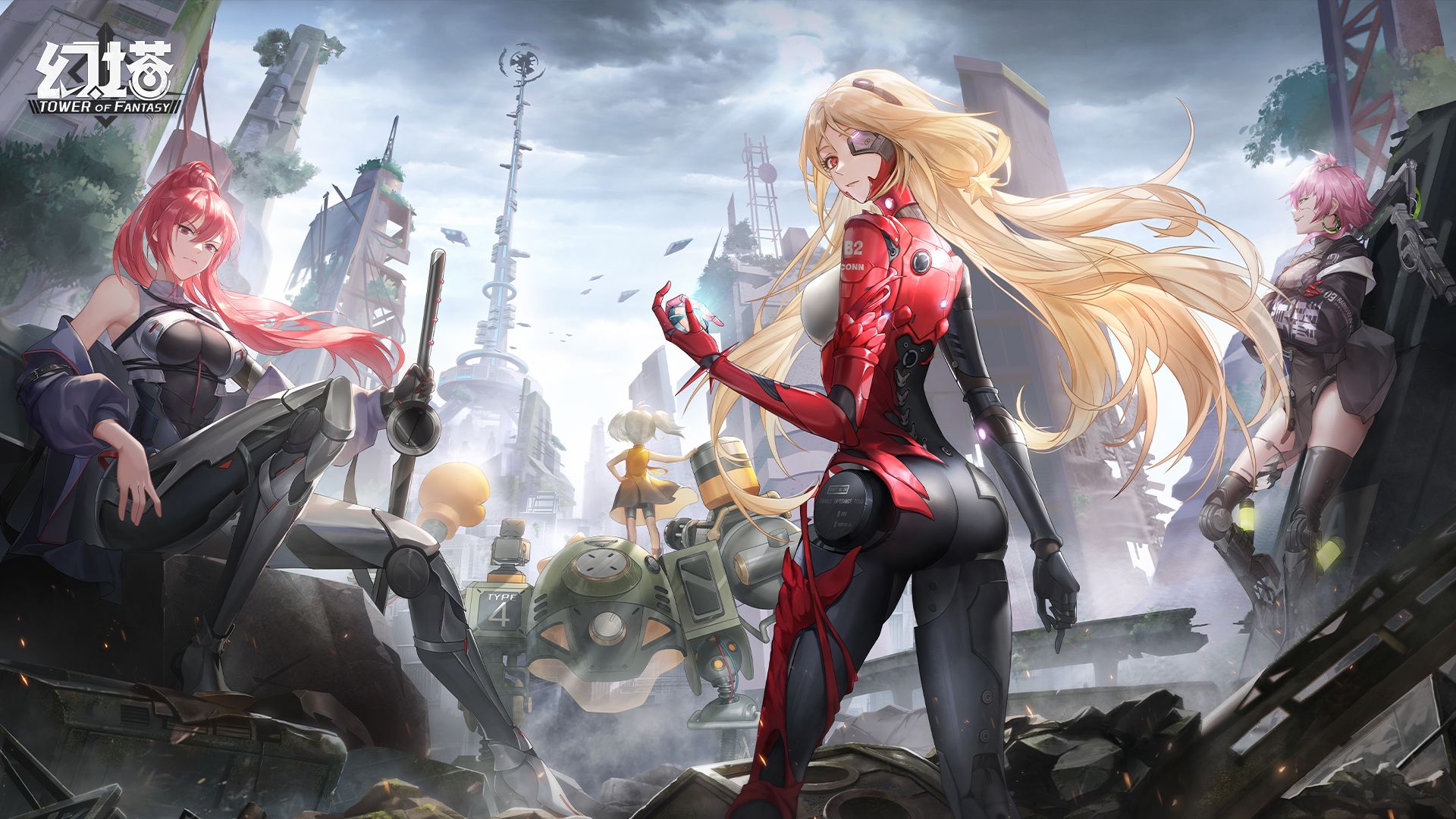 As a consequence, you can maintain variety in your arsenal without necessarily losing your personal appearance unless you choose to, retaining the importance of your main character instead of washing over it with a roster of dozens of characters that you are only picking for better efficiency. However, given its similarities to Genshin Impact and reliance on anime fan service, one of the biggest draws of pulling rare characters is being able to don their outfits while out in the field. It’s also worth noting that, unlike other games of this ilk, the “pity” mechanic doesn’t reset once you pull a character of the highest rarity, but at a fixed rate (every 80 pulls), which is very benevolent for a system so often defined as a glorified slot machine.

Mobility and exploration are improved by the addition of Vehicles and Relics. The first vehicle you obtain is a badass motorcycle that can be ridden anywhere, while relics are tools that can be used to take care of different obstacles across the game’s map. You unlock most of them fairly early on, and they seriously improve your quality of life when exploring a map this large in search of loot, quests, and enemies. 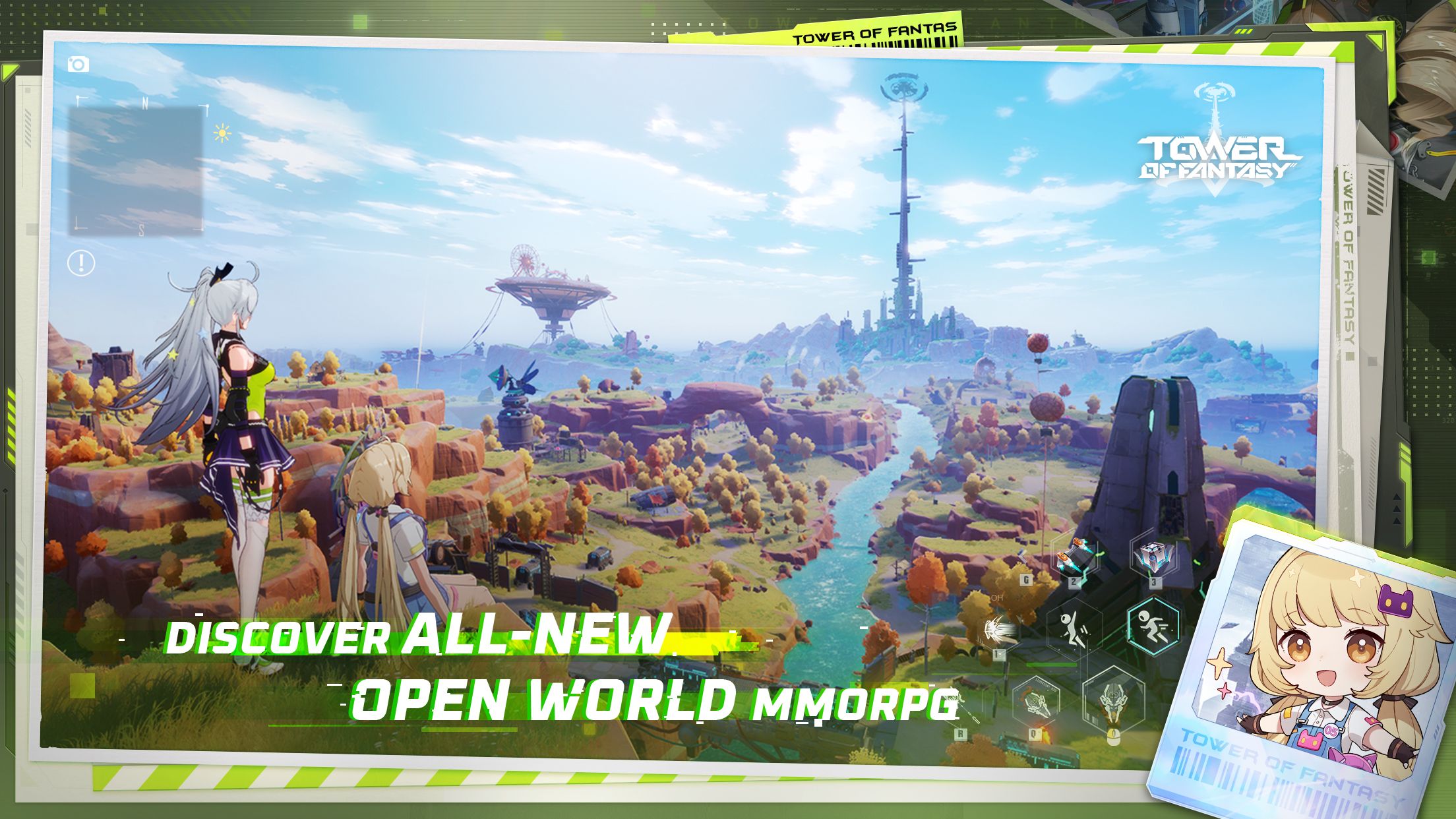 As enjoyable and dynamic as combat can be, the story and world-building don’t shine in comparison to similar games. The main plot is evocative of similar outlines that we’ve seen time and time again already in games like Honkai Impact 3rd or Genshin Impact, such as your character being another Traveler/Wanderer, or having a Paimon lookalike as your assistant during your journey. The detrimental difference lies in the fact that most of the characters you meet in Tower of Fantasy are forgettable at the best of times and straight-up boring at their worst, and nothing here manages to help the experience stand out in a sea of anime sci-fi gacha games that have long started to blend together.

While Tower Of Fantasy emulates plot points and concepts that other titles in the genre do better, its dynamic gameplay and great quality of life mechanics compensate for the lack of a substantial plot to tell in a dull, forgettable world. The potential for a more complex story is there, and I can’t help but wonder about the direction it can take in the future.