You are here:
Home / Tower Of Fantasy – Astra Ruin A-03 Dungeon Guide

The main reason a lot of players get into an open-world game is because of its exploration aspects. Tower Of Fantasy has done a great job making its world interactive, and giving players the incentive to actually explore, since they give a bunch of free summons with it.

Apart from having a ton of puzzles, enemy camps, and special items in the world, the game also features special ruins that contain various different secrets about Omnium and the greed of humanity on planet Aida. Every main region features three different ruins that you can explore to your heart's content.

How To Clear Ruin A-03 On Easy Mode 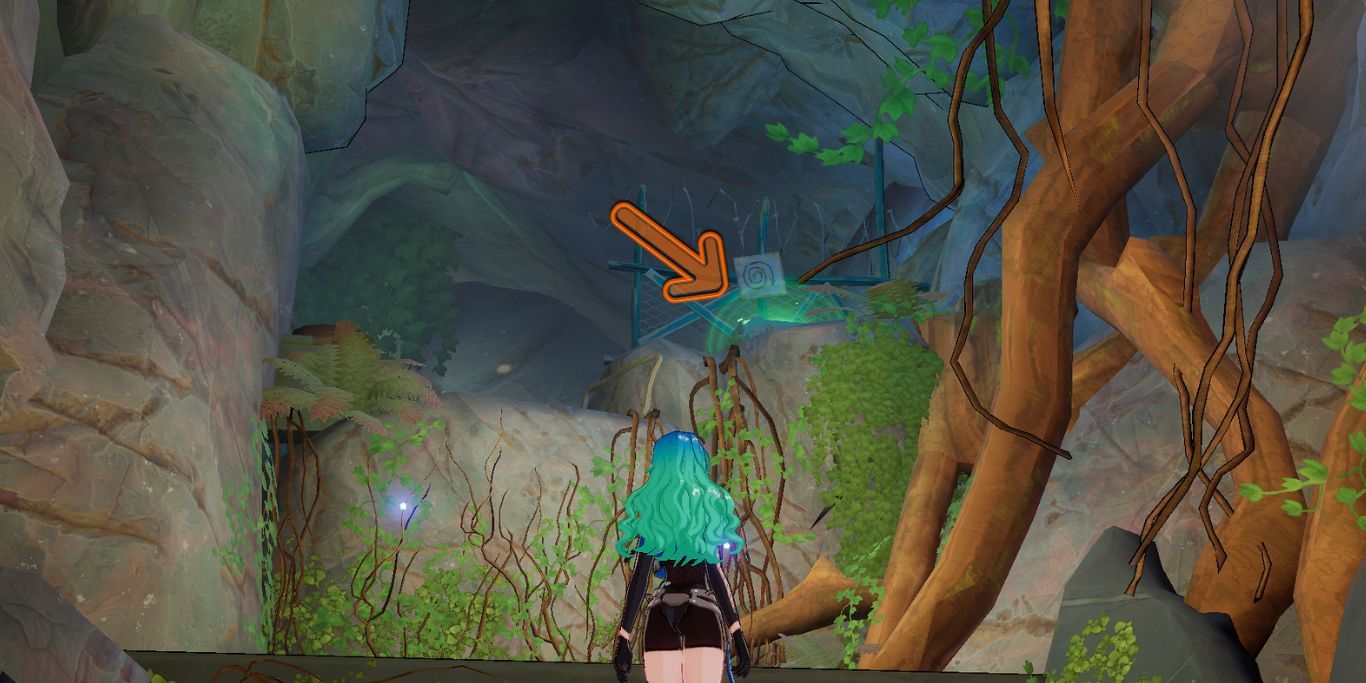 Ruin A-03 is dedicated to teaching players how to use the Omnium Handcannon. This relic lets you shoot a tube which then grows into a cylinder that you can climb on. You can also use this relic for certain puzzles in further regions like Banges or Navia.

As soon as you enter the ruin, you'll have to use the Handcannon on the wall in front of you to get further into the ruin. To do this, simply shoot one of the bullets on the floor near the wall and stand on it while it gets higher, allowing you to jump on the platform.

Upon reaching up there, you'll find your first chest in easy mode. This is a little to your right, and it's very hard to miss. After claiming this chest, move further and defeat the Hyenas plaguing the room to progress more.

The Omnium Handcannon has only two bullets, and it takes over 30 seconds for a bullet to recharge once you use them. In this starting area, you can also cheese the section by constantly jumping over the tree branch on the right to save bullets.

After defeating the Hyenas, you'll need to use the Handcannon at the end of the platform to move forward. This one is required, and you need to defeat some more Hyenas in the next area to get the second chest of this mode. 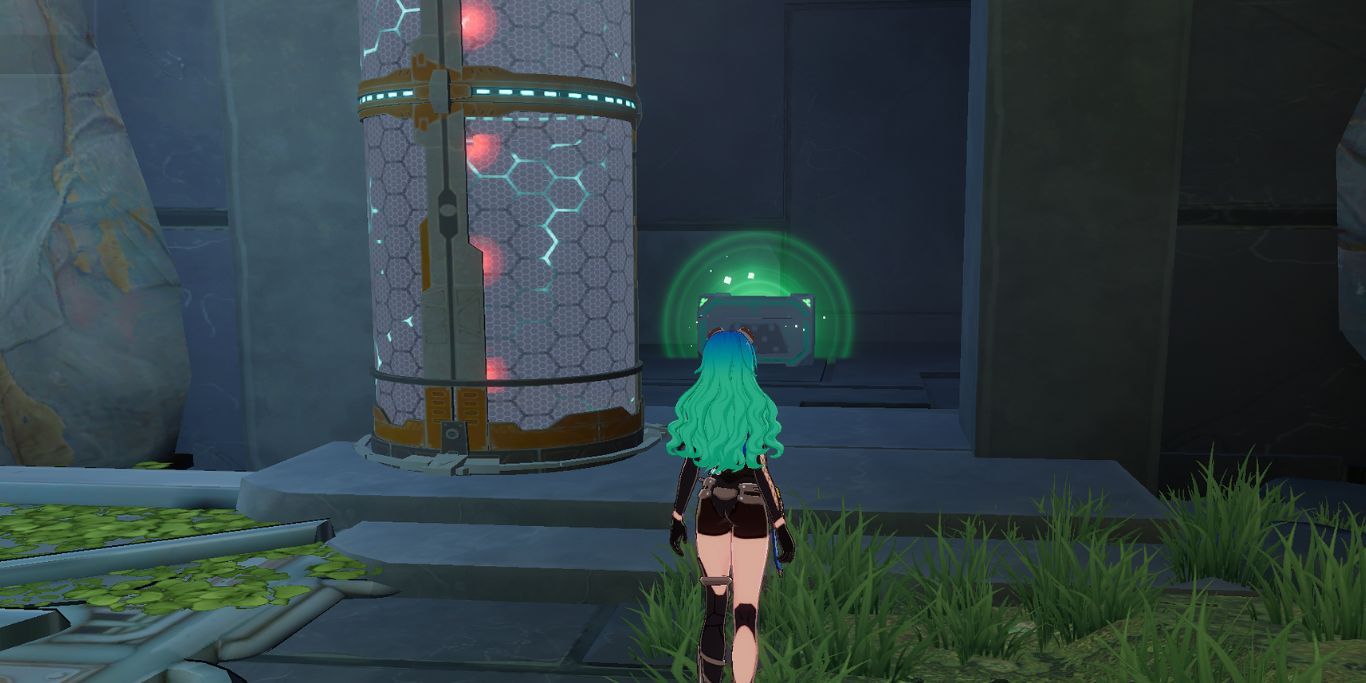 When you're done fighting, you will see a large gap on one side of the room, and another chest behind some lasers on the other side. To unlock this chest, switch to the Handcannon and aim at the left side, in between the lasers. This will make a gap for you to get in and take the chest.

Once this is done, activate the lever near the large gap, and you'll see the small platform start moving. Again, you need to shoot the Handcannon on the platform and climb on top of it to get to the other side. You'll be fighting the final boss, Vulcan, of the domain here.

Defeating Vulcan will open the exit door room, and you can interact with the mechanism in the middle to finish the domain and head out, completing the ruin on the easy difficulty.

Vulcan can be particularly annoying to deal with since it knocks you off the platform with most of its attacks. Keep an eye on little cylindrical platforms, and whenever they go up, you need to jump on them to avoid damage.

How To Full Clear Ruin A-03 On Normal Mode 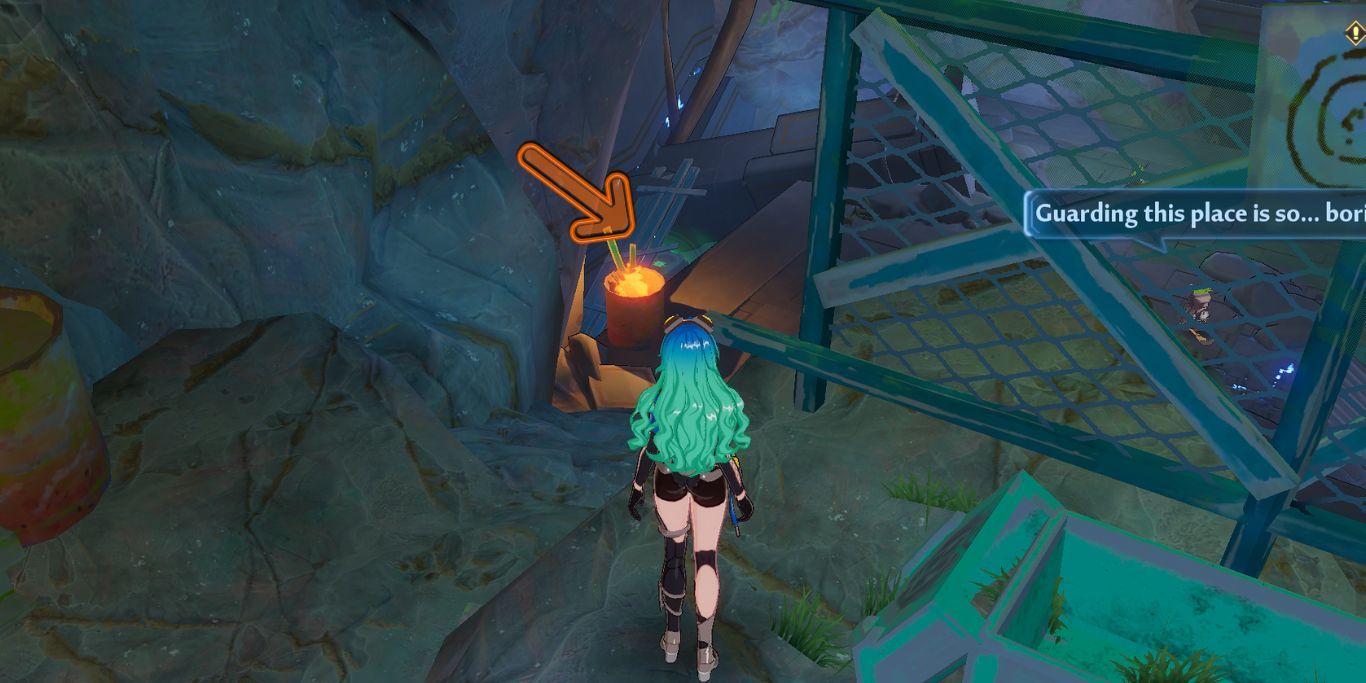 Every time you move to the next difficulty, two more chest locations will spawn within the ruin. Thankfully, the layout and core mechanics stay the same, and the enemy level is the only thing that goes up. You can still claim the two chests from the easy mode in the same location.

As for the first new chest on normal mode, head over to the first section where you fight the Hyenas for the first time. Here, you'll find the second chest in a ditch on the left side. This is visible from the first chest itself that you get on the top near the tree branches. 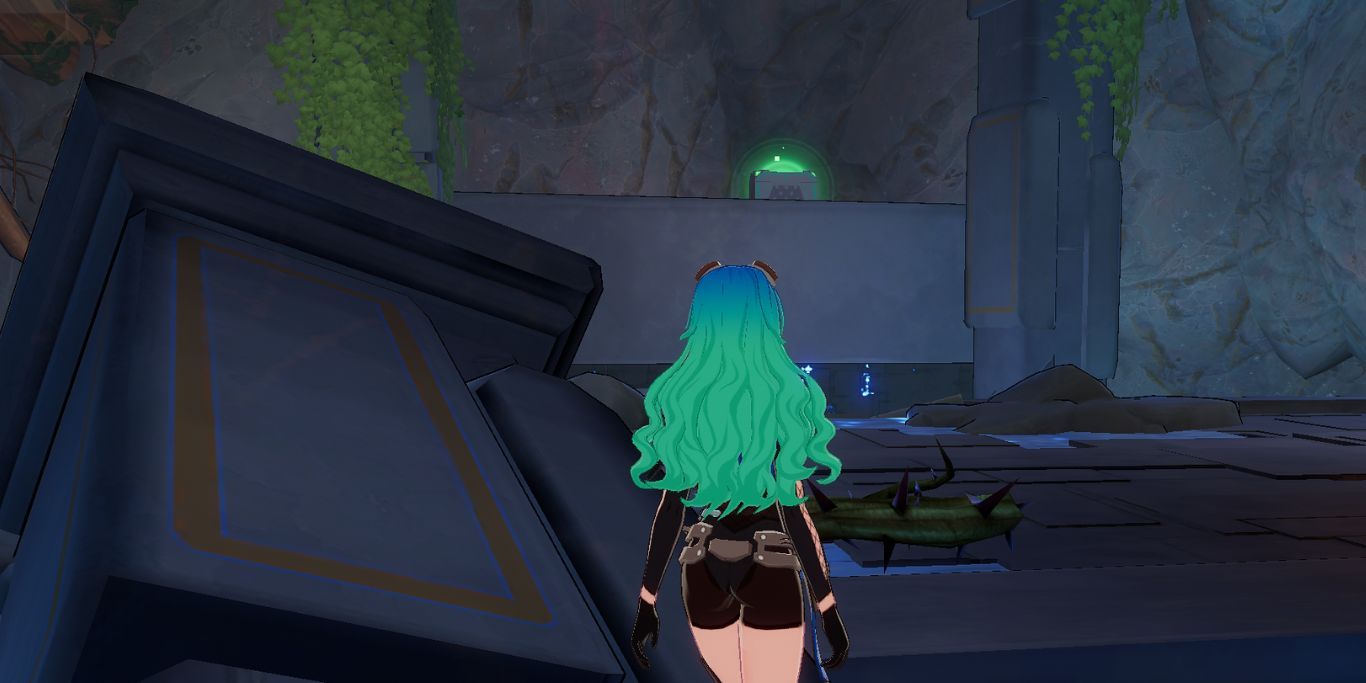 Once you've claimed the first chest, look directly in front, and you'll find the second new normal mode chest on a platform above. You need to use another Handcannon bullet to get to this one, making it really important to save these bullets if you don't want to waste too much time.

After claiming all the chests, simply defeat Vulcan once again to fully complete ruin A-03 on normal mode.

How To Full Clear Ruin A-03 On Hard Mode 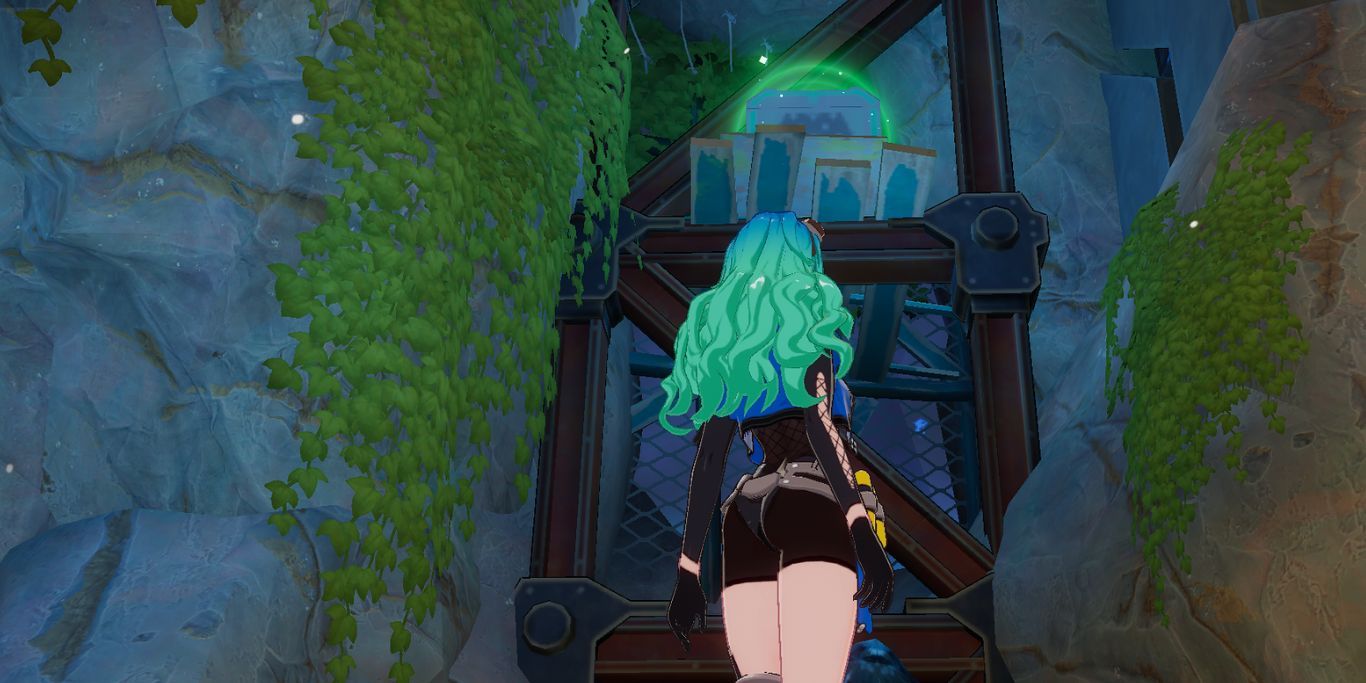 And again, venture into this ruin for the last time once you have the required level to finish it on every difficulty and claim the final reward. You'll find the first new chest on hard mode right when you start the run. This will be located on a platform on the left side.

A Handcannon bullet is required for this one. Shoot it on the floor in front of the chest, and then use the rocks on the right side to jump all the way behind the chest and claim it. After that, claim all four chests from the normal mode in the same location. 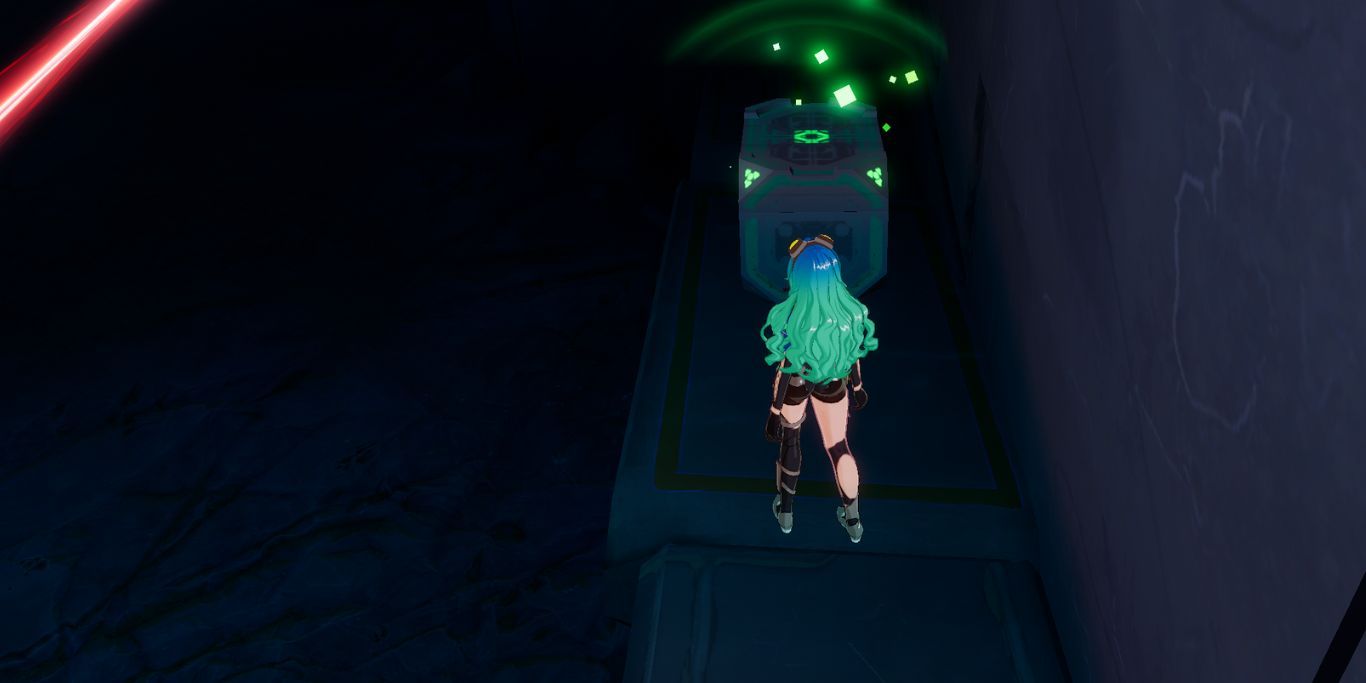 You'll find the final chest of ruin A-03 in the waters in the corner of the huge gap. You can jump down and then use the pillar behind you to go back up and follow through with the rest of the procedure. You've acquired all the chests in this ruin, and you can finish it.