You are here:
Home / Total War: Warhammer 3 – Immortal Empires Is Overwhelming In The Best Way

Total War: Warhammer 3’s Immortal Empires campaign map is a truly impressive feat of game design. These games are big enough already, with campaigns that span many, many hours and have enough content to keep you endlessly entertained, but Immortal Empires takes things to another level.

I played most of three campaigns – ‘most of’ because I’m not that good at the game, honestly, and I get antsy thinking about how much fun I could be having as a different nation. I decided to try out factions from each game in the series – first the Dwarves, then the High Elves, and finally, Grand Cathay. Choosing which factions to play took up a significant amount of time – there are almost too many to choose from now, and I felt a bit of choice paralysis – but that’s kinda how I (and a lot of players) like it. 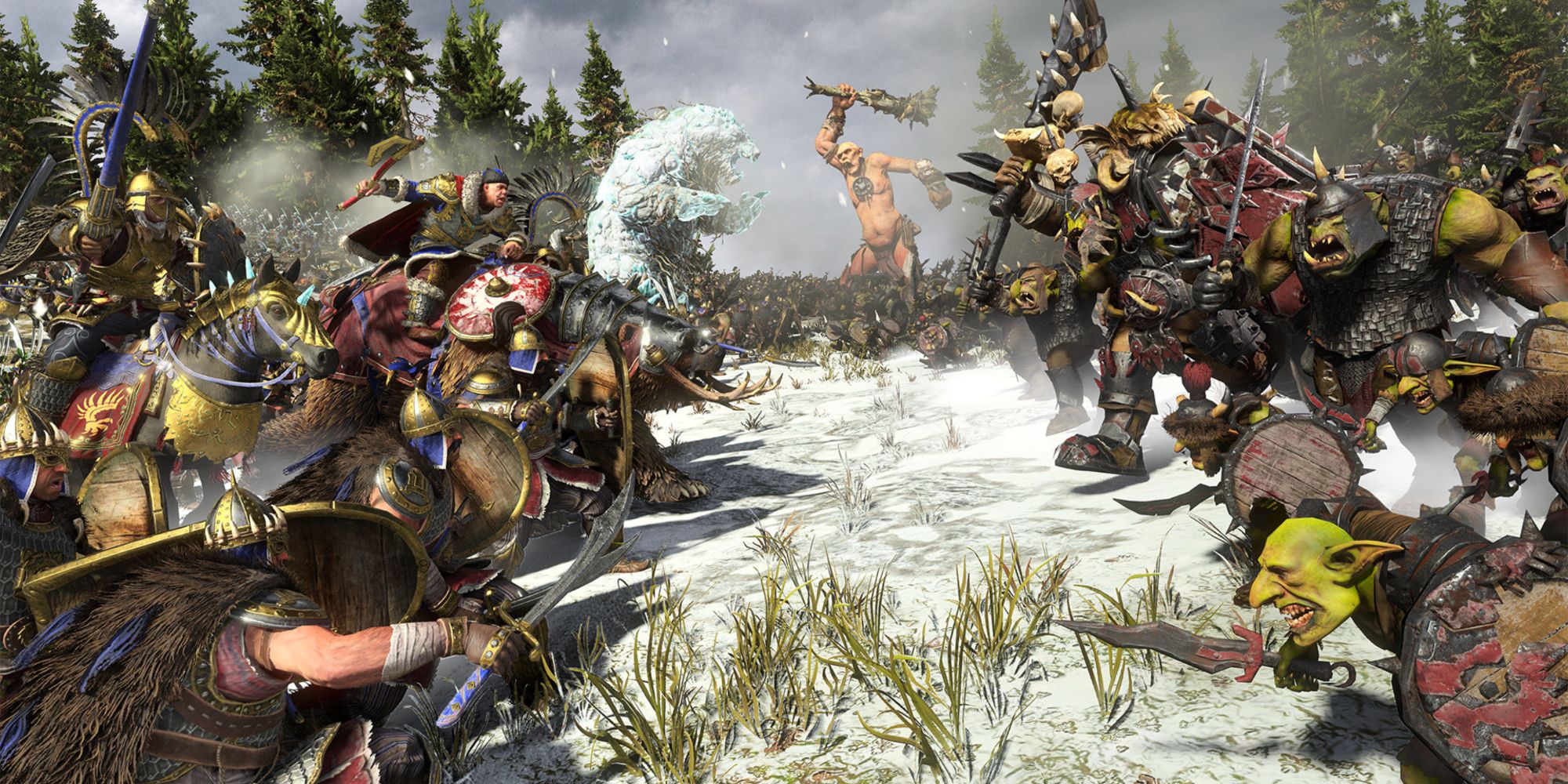 I will say that playing as the Dwarves and High Elves felt very familiar – Immortal Empires seems to make few changes to the previously-established Mortal Empires regions. That’s not a bad thing, though – there’s a reason people sink hundreds of hours into this series. Immortal Empires feels like a direct expansion to Mortal Empires, and that’s exactly what it needed to be. It’s a winning formula, after all, and the quality-of-life changes added by Total War: Warhammer 3 make the experience even smoother. Engaging new features such as outposts add new layers of strategy that make treading old water and playing as familiar factions worth the time, and the open-ended nature of the game means your campaigns will be varied enough to keep you interested.

There are catches, of course. While you can load up the campaign and revel in the chaos and glory of the multiple hundreds of factions duking it out, you’ll have to shell out quite a lot of money if you want to play them all. While the update adding the campaign is free, you’ll need to own all three games in the series to access it, and if you want to play as a race or lord added through a DLC pack, such as the Norsca or the Tomb Kings, you’ll need to grab that, too. For veterans of the series, Immortal Empires is a sweet reward – for newbies, it’s an expensive hill to climb. 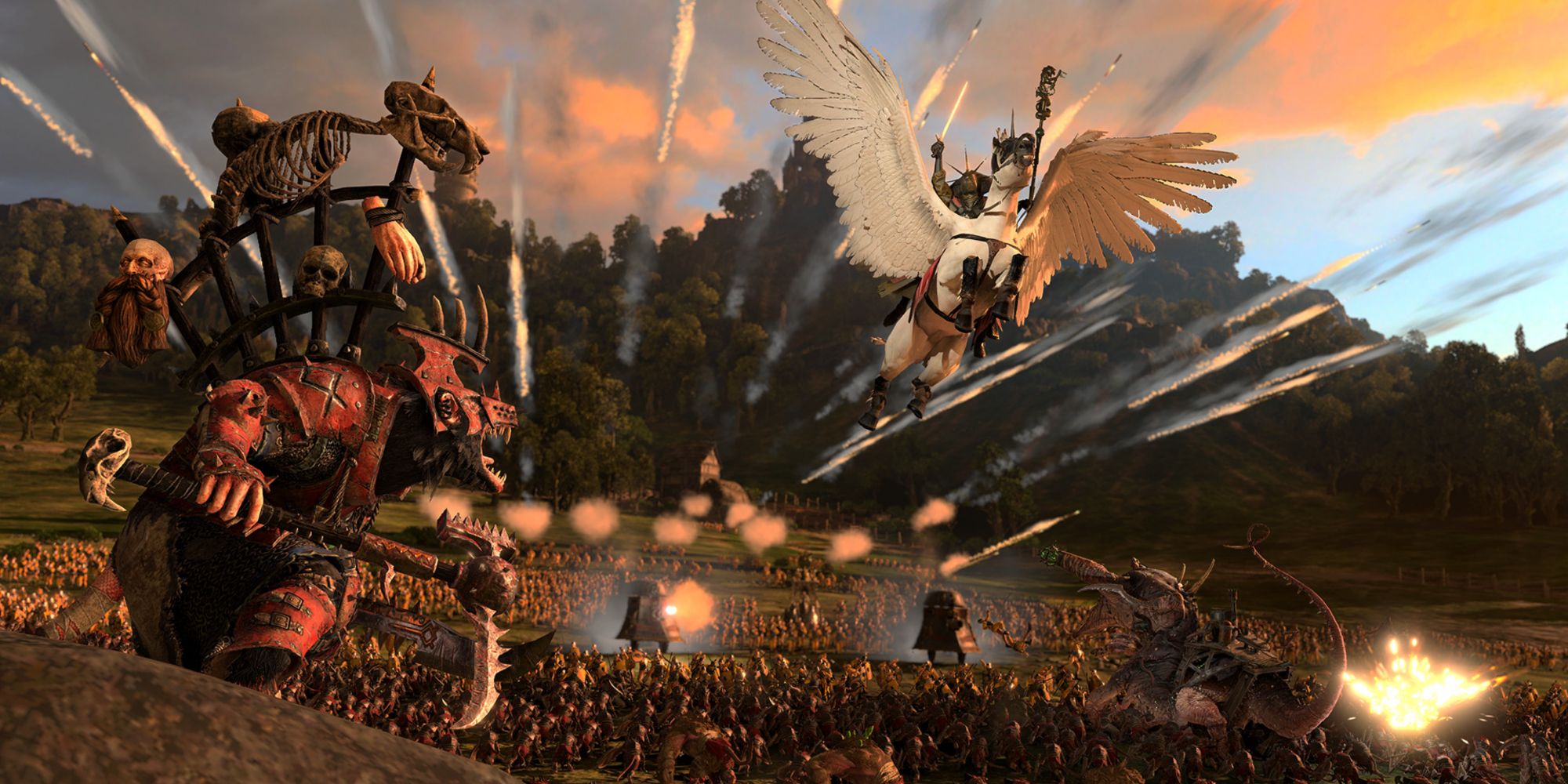 The massive number of factions all playing on the same map may be a bit problematic for some. I played the game on two PCs, one beastly, one significantly less-so, and the drop in performance is felt pretty drastically when it comes to Immortal Empires. Pressing the End Turn button can mean waiting a significantly long time for the next turn, and this is going to frustrate the impatient players out there. The campaigns are also going to be very long. I don’t know anyone who looks at the Short Victory conditions and thinks, ‘yes, that’s enough to keep me satisfied’ – we’re in it for the long haul, and Immortal Empires offers one heck of a haul.

Overall, I’m very impressed with Immortal Empires and its implementation into the game. I’ve spent many, many hours enjoying its predecessor, and this feels like the new platonic ideal for Total Warhammer. It’s a gigantic, bloody sandbox, and I’m going to waste my life messing around in it, I’m sure. If you’ve been waiting for Immortal Empires’ release to pull the trigger on buying Total War: Warhammer 3, it’s here, and it’s time.

A PC code for the game was provided by the publisher.