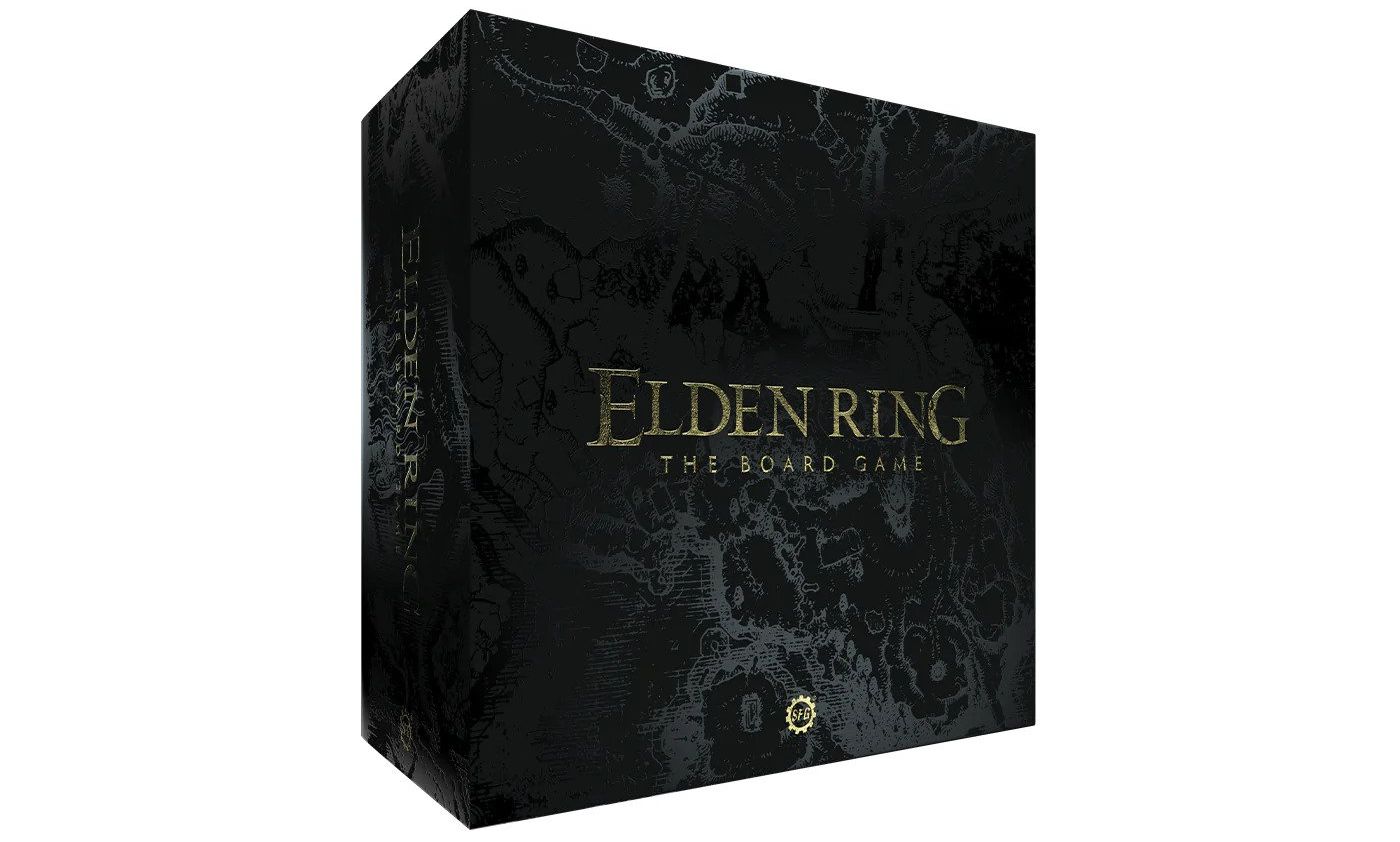 GameCentral recommends 10 current and upcoming spooky tabletop games, from the family friendly Hocus Pocus to Elden Ring: The Board Game.

It’s the spooky season once again and in terms of video games there’s far more to get excited about than usual, even if the remakes for Resident Evil 4, Silent Hill 2, and Dead Space won’t be out until next year or later. There are signs of a major survival horror revival but until it kicks into high gear your best bet for scary interactive entertainment is on the tabletop.

Monsters already ruled the Essen Game Fair at the beginning of October, with the reveal of new co-op game King Of Monster Island, from the designers of our favourite party game King of Tokyo, and a new expansion for the Arkham Horror card game called The Scarlet Keys.

So turn the down the lights and put down your pumpkins, as we take a look at some of the best new and upcoming tabletop horror games for all ages and budgets, ranging from spooky magical space shenanigans to colossal crabs and creepy chupacabra.

Elden Ring: The Board Game

Who doesn’t want to own their own miniature of Margit or Morgott? There’s already been plenty of buzz about how Steamforged will try and re-create the open world feel of Elden Ring in this GOT Kickstarter coming on November 22nd. Instead of a huge map that might take up your whole dining room table, The Lands Between will be split into more manageable scenarios you can campaign in.

This will be Steamforged’s sixth time partnering with Bandai Namco, but they’ve previously published tabletop games based on games from many different publishers, including Monster Hunter and Resident Evil, as well as Dark Souls.

The focus this time seems to be on exploration rather than combat. Playing solo or with up to three other Tarnished, who will now be sitting right next to you, you’ll need to work together on a strategy to take down Starscourge Radahn. It’s all very exciting but we probably won’t get a look at a physical copy until next Halloween.

With Hocus Pocus 2 released on Disney+ this month, there’s not a better time to join with friends and family in trying to defeat the Sanderson Witches by cooking up caldrons of concoctions before the sun rises. This isn’t as easy as it sounds, in a game that may look cute but is Dark Souls hard, as you mix and match ingredients to match the types and colours in the cauldron. This can only be done by asking specific questions of other players, in order to deduce the contents of the cauldron and which cards you should play.

Use one of the four tricks available to boost your chances if things are getting dicey, which are named after familiar events from the first film, such as ‘Burning Rain of Death’ (which allows you to discard three potion ingredients and draw three new potion ingredients). If you have cards showing all of one colour, or all of one object in the cauldron, then you’ve stunned one of the witches; you’ll need to stun all of them three times, before the time runs out, to win.

B-movies are all the rage again! Well, Marvel certainly thinks so. If you enjoyed their latest offering, Werewolf By Night, and its monochrome monster hunters, then the new board game Horrified: American Monsters is for you. In this co-operative game you face off against classic American nightmare beasts: Bigfoot, Mothman, the Jersey Devil, the Chupacabra, the Banshee of the Badlands, and even the Ozark Howler (no relation to Jason Bateman).

Strategise with other players to decide which powers should be used against each monster, as they all have different ways of being defeated, as you track them on a spooky looking monster mat. Like most Ravensburger games, Horrified: American Monsters has super high build quality and great art, and it just so happens they currently have a 20% off Halloween sale on their website at the moment.

Witches in Space? Any warlock worth their salt knows that spelljammers are actually spaceships that that can travel between different systems in the Dungeons & Dragons multiverse. While we appreciate the fun setting, we are not convinced by the spaceship combat stats and mechanics in this game.

The new space monsters are fun though, including Lunar Dragons and Eye Mongers – which are basically asteroids with eyes. While beautiful and compelling we found it a bit of a cosmic horror trying to build a coherent campaign for the new playable races, including Giff, Autognomes, and Thri-Kreen.

With cute satanic crossover aesthetics straight out of indie video game Cult Of The Lamb, Familiars And Foes is a 1 to 5 player cooperative boss battling game, where you play as an elemental fox on a quest to save the good witches and wizards of Joralee. The game lasts for four waves and pits you against a variety of foes and monsters.

Learn new spells and unleash ancient artefacts to craft crazy combos based on the elements of Earth, Wind, Fire, Air, or Aether. You’ll need to strategise as a group to beat the game, as other players can contribute to your turn to create combos and team attacks. Watch out though, as the foes have their own turn each round to attack. The game is won if one of the players is still standing when all four waves of foes are beaten and all the witches and wizards are rescued.

Designed specifically for younger players, and so also a great introduction to the Ticket To Ride series for newcomers, in this spooky version of the popular board game you’re now planning routes through the realms of the undead (well, pumpkin patches and graveyards) instead of familiar cities.

Dressing up isn’t optional, as you can collect extra points by trick or treating while travelling from A to B. All the usual artwork for this gaming café stalwart, such as the tickets and locations, has been given a charmingly spooky make over, but think Sabrina the Teenage Witch rather than The Shining.

We’re big fans of the Nordic folklore role-playing game Vaesen, which sees sprites and the supernatural survive alongside an awakening industrial civilisation, so it’s neat to see its ethereal illustrations reimagined a bit closer to home. Explore gothic horrors in the fog shrouded streets of London, walk the moors in search of long-lost tales of leprechauns, and encounter Nessie while striding the highlands with Sherlock Holmes.

There’s plenty to keep any group of players campaigning for months to come, as history and horror collide. Handwritten notes and washed out, watercolour illustrations all add to the atmosphere as you advance your character by earning and spending experience points.

Epic Encounters: Cove of the Dragon Turtle and Island of the Crab Archon

Looking for a leviathan? The high seas can be spooky especially when confront by cruel crustacean foes that stand upright like people or humongous dragon turtles found in the latest Epic Encounters warbands.

Inside these warband boxes is everything you need to challenge either crabby bad lad Karkinos or the Dragon Turtle. They include highly detailed miniatures and an adventure book filled with information to set your creativity and, if you’re not careful, soul adrift on the tides. Use the Dungeons & Dragons 5th Edition compatible rule-set to pitch your role-playing group into a campaign against the feared creatures of the deep.

It doesn’t seem that long ago we were creating mouth-watering boxes of chocolates in Patchwork Valentine’s Edition, but now pralines are replaced with pumpkins in this spooky take on tabletop Tetris.

There’re eyeballs everywhere, as you place the tiles on your board and try to combine the shapes to close gaps for points and move closer to the void. Rebalanced tiles and a double-sided game board keep this games mechanics and gameplay tighter that a Gargant’s grip.

Back in the Warhammer Fantasy Battle 3rd Edition, if you brought a giant to the table you would have to roll a random dice to find out what kind it was – and more often than not you’d end up being disappointed by getting a weakling. Now Age Of Sigmar allows you to choose from a bunch of different behemoths and even construct a Gargant army, led by the infamous King Brodd. This mountainous miniature will loom over anything else on your tabletop and send shivers down your spine at the cost of the paint job to cover his colossal frame.

A mystic priest-king, Brodd is out to revenge his forefathers by taking down the armies of Sigmar and only you and the dice can decide whether he has the strength and power to be victorious. The crowns of defeated mortal rulers adorn his fingers, as he grips his tree trunk club, and you feel the tabletop hum with ancient and primal power.