You are here:
Home / Tony Hawk’s Pro Skater Warehouse Demo: Unlock time and date, how to get a code

Tony Hawk’s Pro Skater Warehouse Demo: Unlock time and date, how to get a code

Tony Hawk's Pro Skater 1 + 2 is a brand new game coming to PlayStation 4, Xbox One and PC that takes everything you know and loved about the PlayStation classics and reimagines them for modern tech.

The game, which collects the original duo of iconic Tony Hawk games, launches September 4 – but there's a way you can get your hands on the game earlier than that.

The publisher (Activision) and developer (Vicarious Visions) has announced that a new demo launches for the title on August 14 for all platforms.

And to get early access to the game and try it before you buy it, you just need to pre-order the game online – here's what you need to know.

The Tony Hawk's Pro Skater 1 and 2 Warehouse demo arrives on August 14 on Xbox One, PS4 and PC via Epic Games Store.

The demo will go live at roughly 4pm BST on all platforms if you're living in the UK (and the equivalent of that time in your local area if you live elsewhere).

How to get a code:

In order to access the demo, you will need to pre-order the game on the platform you wish to play the demo on – the game costs £39.99 on the PlayStation Store, and £39.99 on the Xbox Store. It's the same price on the Epic Store.

The demo contains a two-minute Single Session on the iconic Warehouse level.

"In this pre-release experience carved out from the full game, you get to skate as Tony Hawk in the level that started it all for the franchise; the Warehouse, straight out of the original Tony Hawk’s Pro Skater," reads a post over on the PlayStation blog.

"For this demo, you’ll be taking part in a classic, no-frills Single Session. 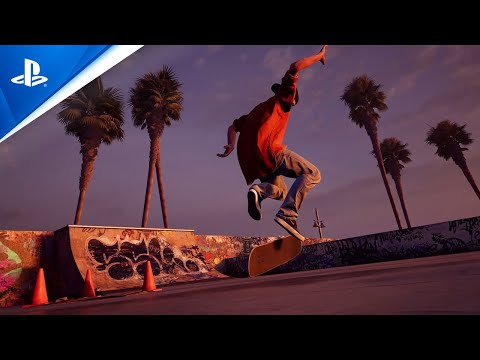 "You have two minutes – unless you go into Overtime by keeping a combo going past the time limit – to rack up as much score as you can as you explore the Warehouse."

You will play as Tony Hawk, and have no option to change his stats, cosmetics or board – though you can edit a few tricks and select a variety of Special moves to use in your Session.

Want to try again? Just hit the Retry button. There is no limit to how many sessions you take.

"Following each Single Session, you’ll see a breakdown of your final score, longest combo, and more individual stats based on how you skated within that session."