You are here:
Home / Tomb Raider: Every Movie In Order

Tomb Raider: Every Movie In Order

When Lara Croft was first introduced to the world in Tomb Raider back in 1996, Core Design never even envisaged the game having a sequel, yet it would go on to spawn a franchise that spans 25 years and counting. Lara Croft became a cultural phenomenon and saturated the media, appearing in commercials and on the covers of magazines. As she became more and more famous, not only were game sequels inevitable but a movie would also soon follow.

To date, there are only three Tomb Raider movies, although a fourth one is currently on hiatus, after being delayed by world events. Here we look at the movies we've seen Lara Croft in so far and their connections to each other and the video games. 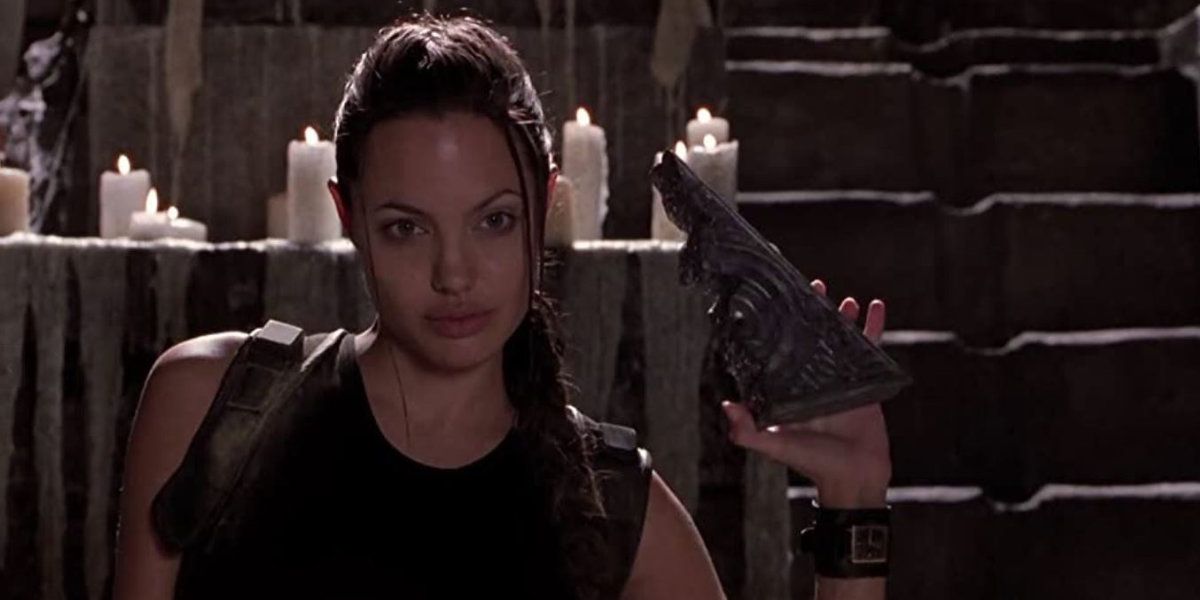 The first Tomb Raider movie was released during the Original Era, when Lara was on top of her game. At this point, the series was five games deep, with the movie being released around six months after Tomb Raider Chronicles. While Chronicles did mark a downturn in review scores for the games, there was still plenty of love around for Lara, as well as for Angelina Jolie, who starred as her.

Lara Croft Tomb Raider sees the adventurer become accidentally embroiled in an Illuminati plot to rejoin the pieces of an artifact known as the Triangle of Light, which must be put together before an upcoming solar eclipse. If successfully reassembled, the artifact can give the wielder the power to control time.

A mysterious clock, said to be the key to locating the two halves of the Triangle of Light, has been hidden in Croft manor and a letter from Lara's father tasks her with finding, and destroying, the powerful object.

What follows next is a narrative that contains everything you'd expect from a story based on Tomb Raider. There are tombs, traps, betrayals, near-death experiences, and of course the ultimate success of Lara's mission.

While critics were mostly unimpressed with the film, Jolie herself was a hit. However, many fans enjoyed Lara's big-screen debut enough to get the movie a sequel that would come to cinemas two years later. 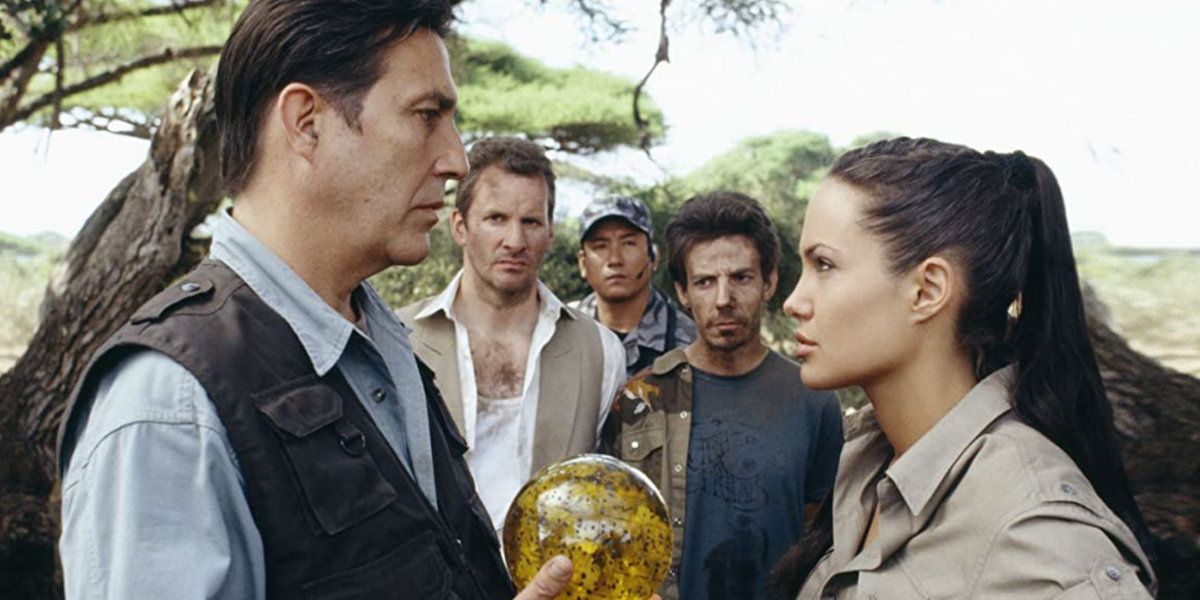 Lara's second big-screen outing also starred Angelina Jolie, but this time its release was much closer to a game launch. Tomb Raider: Angel of Darkness was released at the end of June 2003. The Cradle of Life hit cinemas just a few weeks later, with Stateside previews towards the end of July, and a European launch in mid-August. This meant that both the game and movie sequels debuted within six weeks of each other, rather than six months. The timing should have been perfect, except it wasn't. The game was badly recieved, and this would later be blamed for the movie's poor performance in comparison to its predecessor.

On the surface, The Cradle of Life is simply more of the same artifact-hunting and adventuring. Lara discovers some mysterious artifacts in a temple in Greece, after an earthquake uncovers them, but one is stolen by crime lords involved with a Chinese syndicate. She soon discovers that it is the key to finding the Cradle of Life, a place that houses Pandora's Box.

The box will unleash a plague on humanity if opened, so Lara is tasked with ensuring it doesn't fall into the wrong hands. Once again her journey involves exotic locations, near-death experiences, betrayals, and, of course, tombs.

Once again critics slated the story while praising Jolie, and while takings were down, another sequel was allegedly mentioned. However, it was suggested that Jolie wanted to step away from the role, so another movie wouldn't hit the big screen until 2018. 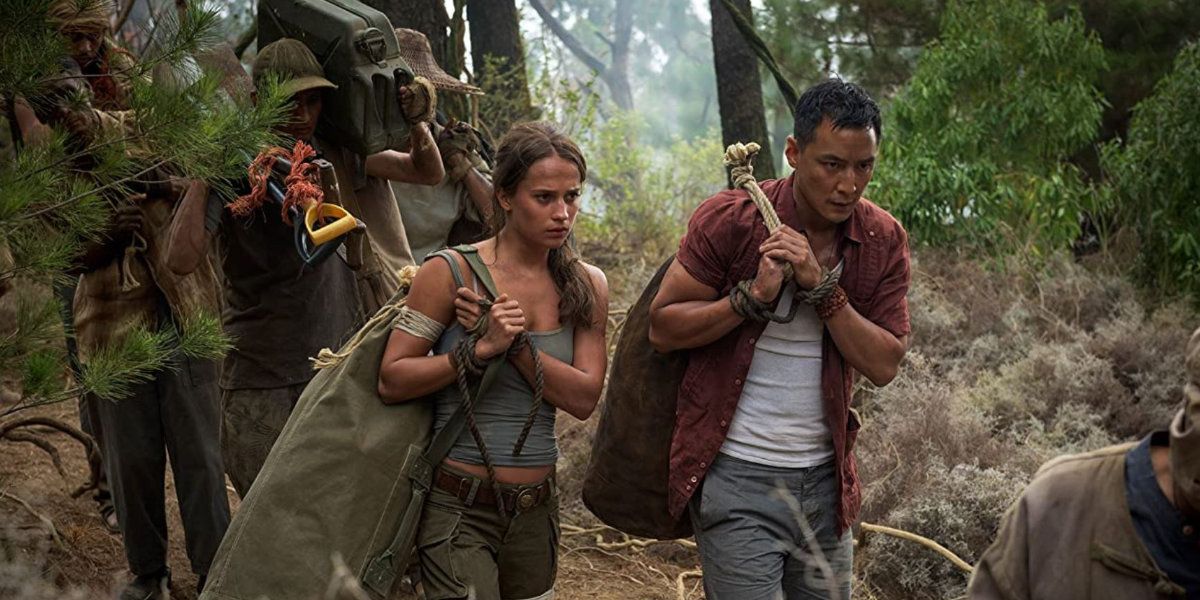 In 2013, Lara Croft was given another reboot in Crystal Dynamics' Tomb Raider (2013), a game which saw Rhianna Pratchett – daughter of fantasy author Sir Terry Pratchett – take up the lead writing role. It was a gritty reimagining that re-envisaged aspects of Lara's background for a second time (with Tomb Raider Legend being the first). The game was a huge success and would become the inspiration for 2018's Tomb Raider movie, with Alicia Vikander now taking on the role of Lara.

The movie starts with Lara being forced to accept her inheritance – something she has put off since she believes her father to still be alive, despite his disappearance. When exploring the family estate, Croft Manor, she comes across her father's research into Himiko, a Queen said to control the power of life and death. Despite a video warning from her father to destroy the information she instead decides to follow the trail.

At this point, you know what's coming next. Travel to beautiful destinations, trips through mysterious tombs, a near-death experience or two thanks to some traps, and some good old-fashioned betrayal. All before the setup of Lara's next big adventure. Now we just have to wait to see what happens next.