You are here:
Home / Tom Holland Says The Uncharted Movie Has The "Biggest Action Sequences"

The upcoming Uncharted movie by Ruben Fleischer seems to be on track to break the video game movie curse – at least that’s what Tom Holland thinks. The Spider-Man actor has now revealed that his Nathan Drake role has put his skills to the test, claiming that the movie’s action scenes are his biggest to date.

The anticipated live-action’s release was sadly given a devastating push back until February 11, 2022, despite wrapping filming back in October. The delay was, of course, pandemic related, affecting several pockets of Sony’s release schedule. Before this unfortunate news, however, Sony released four new stills at the beginning of the year, showcasing the film’s rich color and treasure-infused imagery – enough to put a twinkle in Nathan Drake’s eye.

It may not soothe the year-long wait we have ahead of us, but Holland has confirmed that some of the film’s scenes contain heavy-duty action. The 24-year-old stated that the film contains the “biggest action sequences I’ve ever been a part of,” which is quite surprising considering his work on the Avengers franchise as well as his own Spider-Man series. Holland has talents in dancing and gymnastics, which makes him the perfect actor to fill the role of the web-slinging Peter Parker, as well as the cliff-hopping Nathan Drake. However, considering the monumental set pieces included in the Marvel films, it is quite a statement to say that the Uncharted movie’s action sequences surpass those. 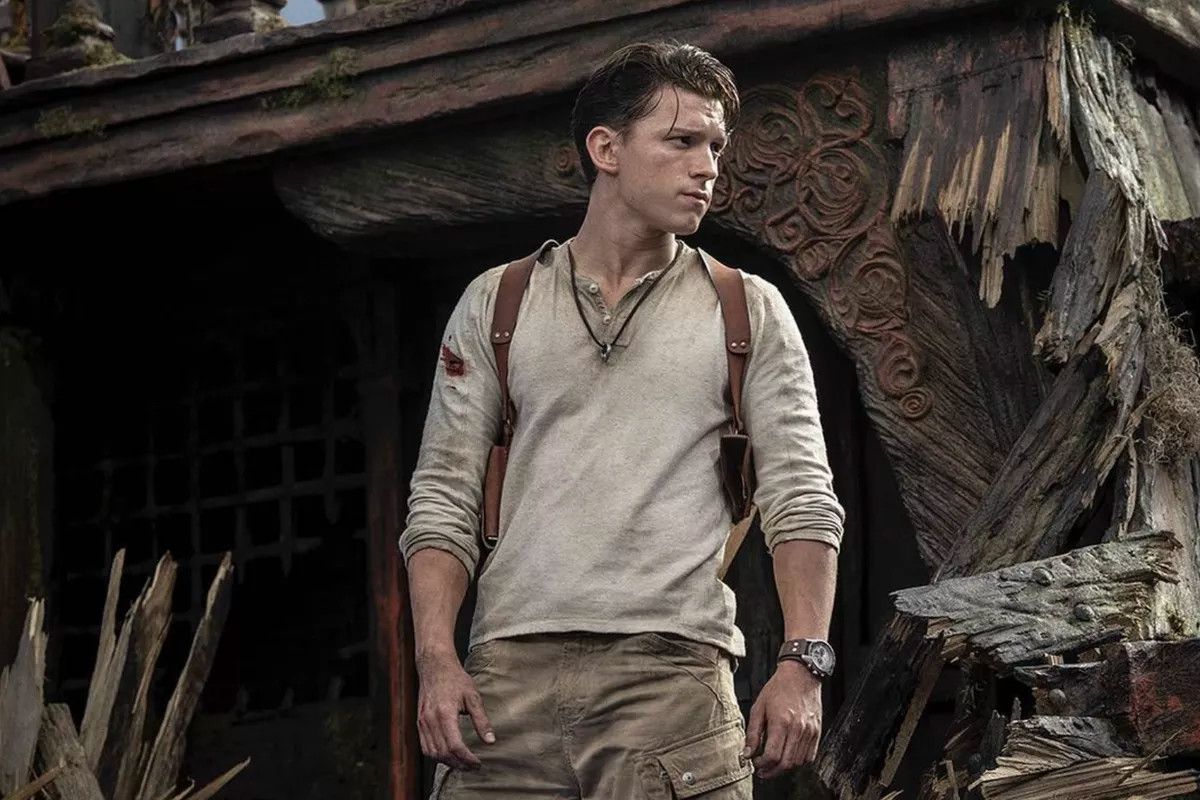 Holland’s reveal could just be fuel to keep fans’ fire alight until next year. However, we also have the actor’s first reveal image as Drake and Mark Wahlberg’s Sully mustache to keep our imagination busy in the meantime. Fans could also use the year ahead to revisit Uncharted 4: A Thief’s End, as this is the title in Naughty Dog’s franchise that the film is based on.

Uncharted isn’t the only video game franchise that Holland has been attached to. The actor was caught in a rumor which speculated that he would be chest-hunting as Link in The Legend of Zelda series from Netflix. While there is no concrete evidence to suggest that this project is in the works, it did spark a flurry of fan art donning Holland with blonde hair and a green hat.