Everyone loves a good SMG. Luckily for you, Tiny Tina's Wonderlands is chock-full of chaotically powerful SMG weapons just waiting to be looted. At the top of the crop, we have Legendary SMGs, the hardest of all to obtain, typically farmed from specific bosses or even the Chaos Chamber.

If any of these Legendary SMGs catches your fancy, before you make a beeline to that weapon's best drop location, be sure to find as many Lucky Dice as possible. The more Lucky Dice you find in the Wonderlands, the higher your Loot Luck will be. 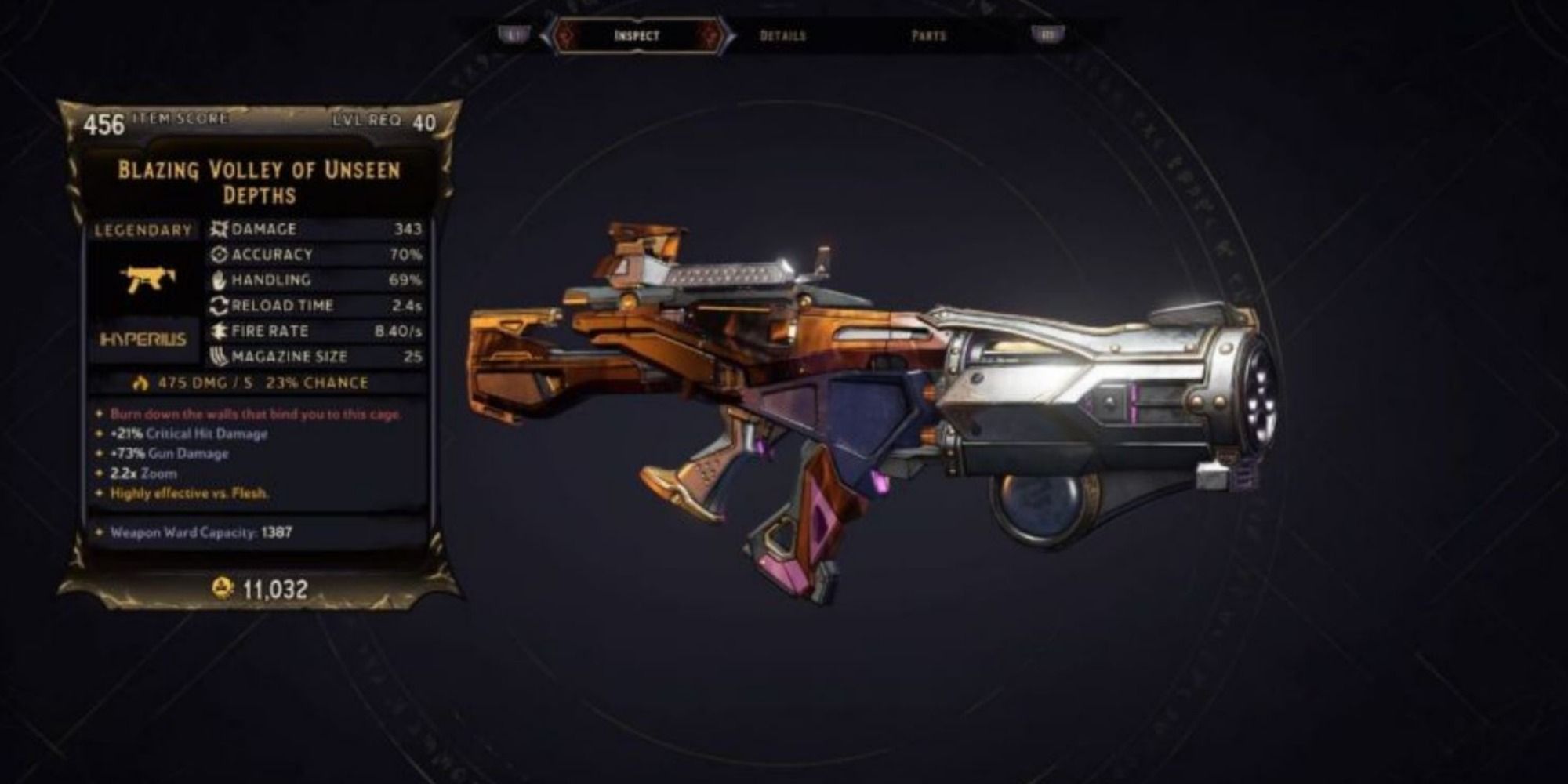 The Blazing Volley SMG is a lovely Legendary weapon for cutting through hordes of squishier enemies. It is extremely powerful against Flesh-type enemies, or really any enemy without Wards and Shields.

While its six-round burst is not ideal, the extra ward capacity doesn't hurt. This weapon is only a world drop, which means it can drop from any old mob. Your best bet is likely to be the "barf bunnies" at the end of the Chaos Chamber to narrow down your chances. 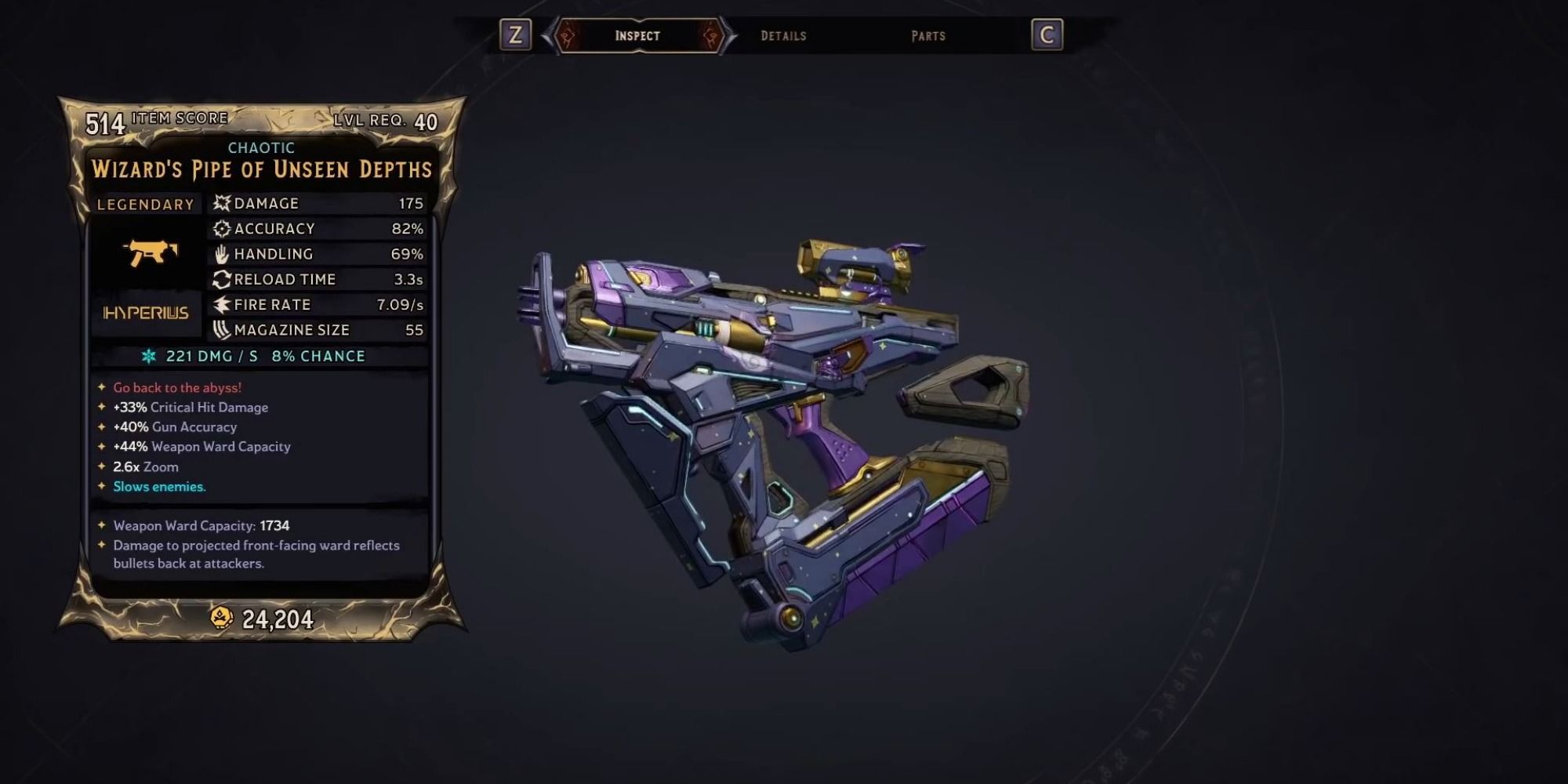 Maybe don't give this pipe to Gandalf. The Wizard's Pipe SMG is a pretty beefy weapon, that not only increases Ward Capacity but reflects bullets back at enemies as long as your Ward is full. The real kicker is that it has a chance to fire a magical orb that will lock on enemies and follow until it makes impact.

What's more, the type of elemental damage it does changes depending on the type of enemy. It is a world drop, but the best place to loot this Legendary is the Parasite boss in Tangledrift. 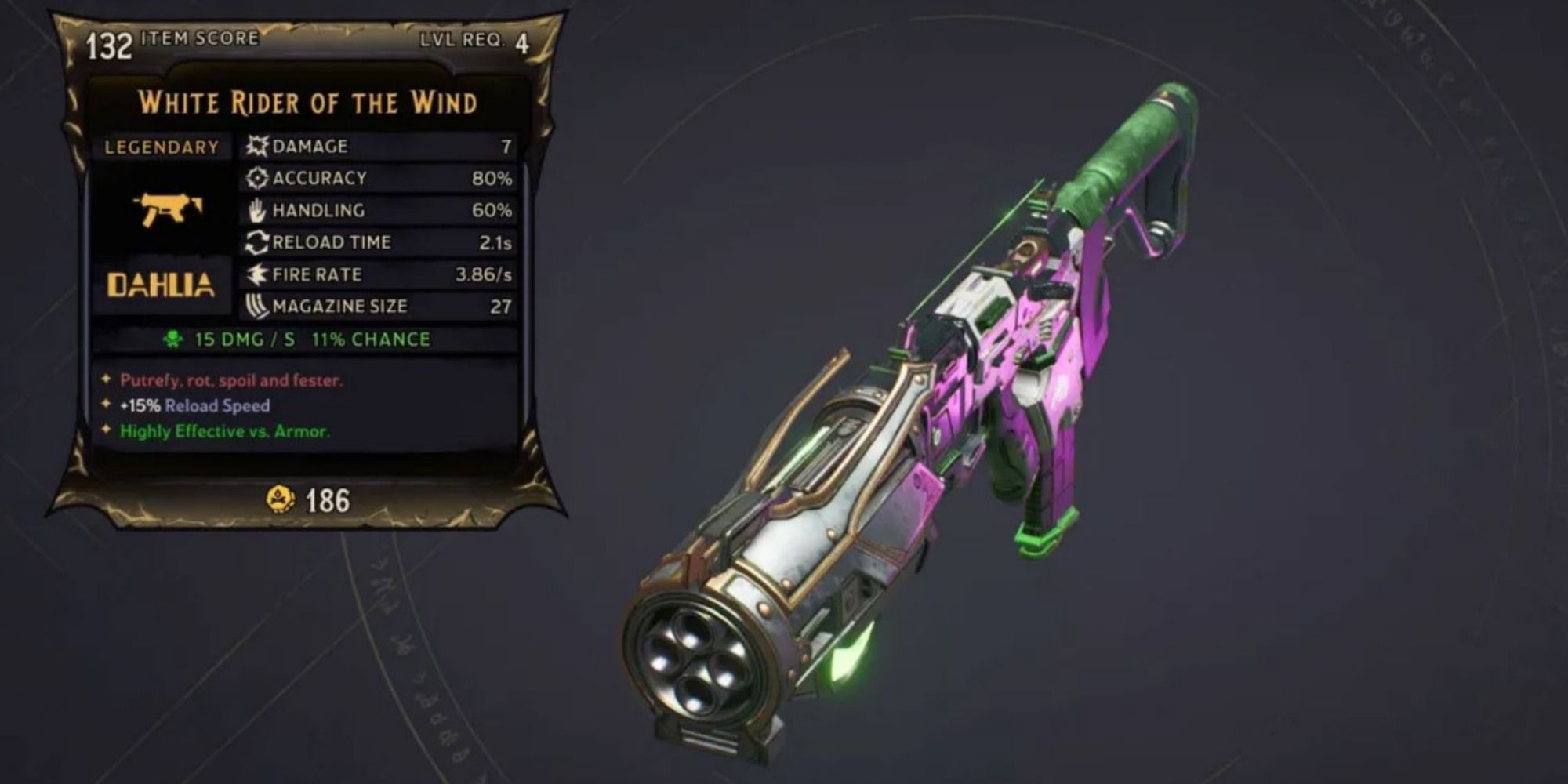 Who needs to aim when your gun just locks onto your foes for you? The White Rider Legendary is a Poison-type weapon that shoots a beam that will stick to the nearest enemy for ticking poison damage.

It even has a "dual beam" mode that allows it to lock onto two enemies at once, though this mode does less damage. To find this for yourself, farm the Wastard boss fight in Karnok's Wall. 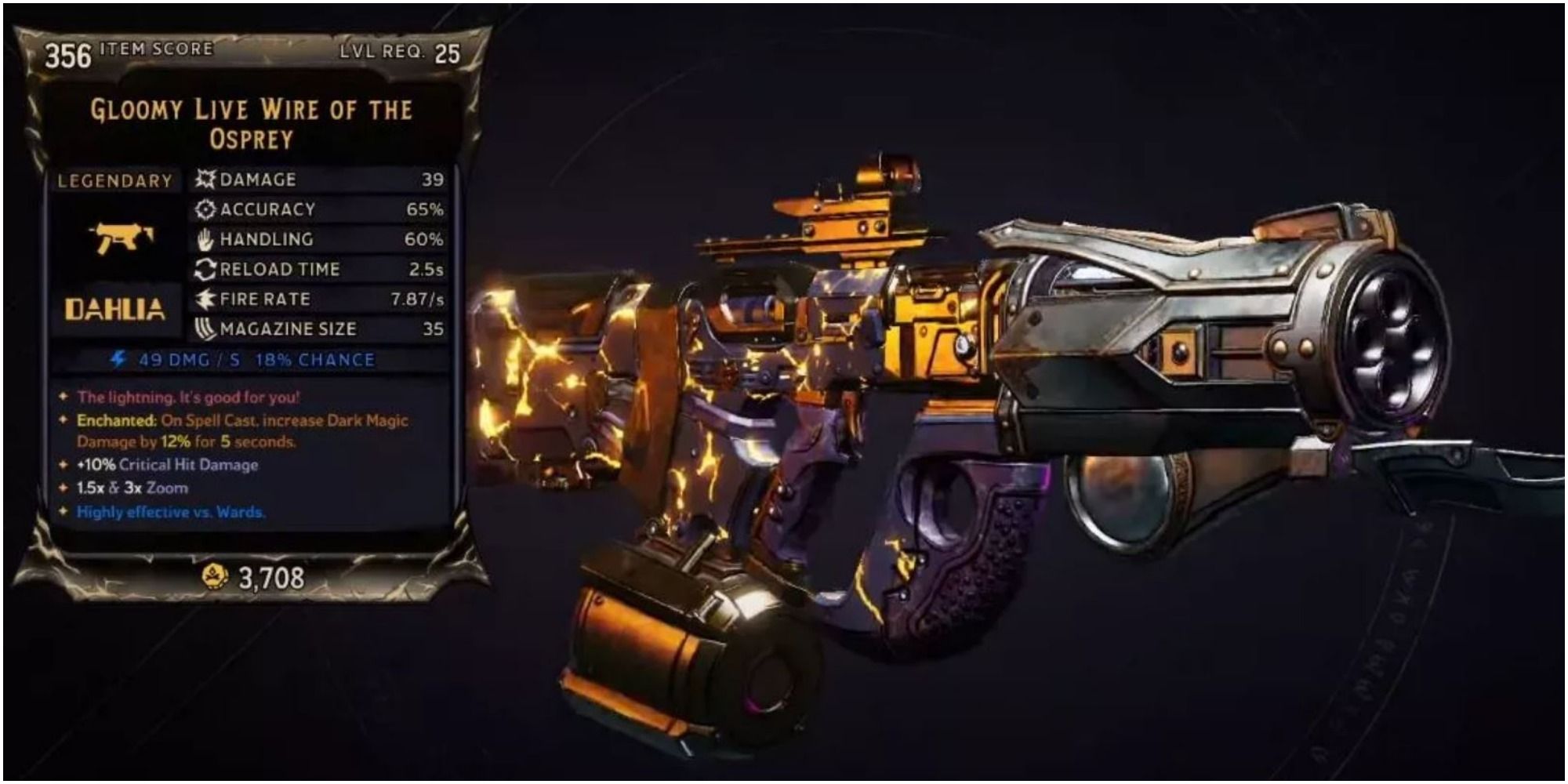 It's time to enter your villain era, Emperor Palpatine style, with the Live Wire Legendary. The SMG is best used in Fully Automatic, where it will shoot out a beam of electricity that not only locks onto the nearest target, but has a chance of spreading in a chain to any other nearby foes.

Sadly, this Legendary is only a world drop, so it could take quite a bit of time to farm it. Try using the SMG "barf bunny" in the Chaos Chamber to narrow your chances down. 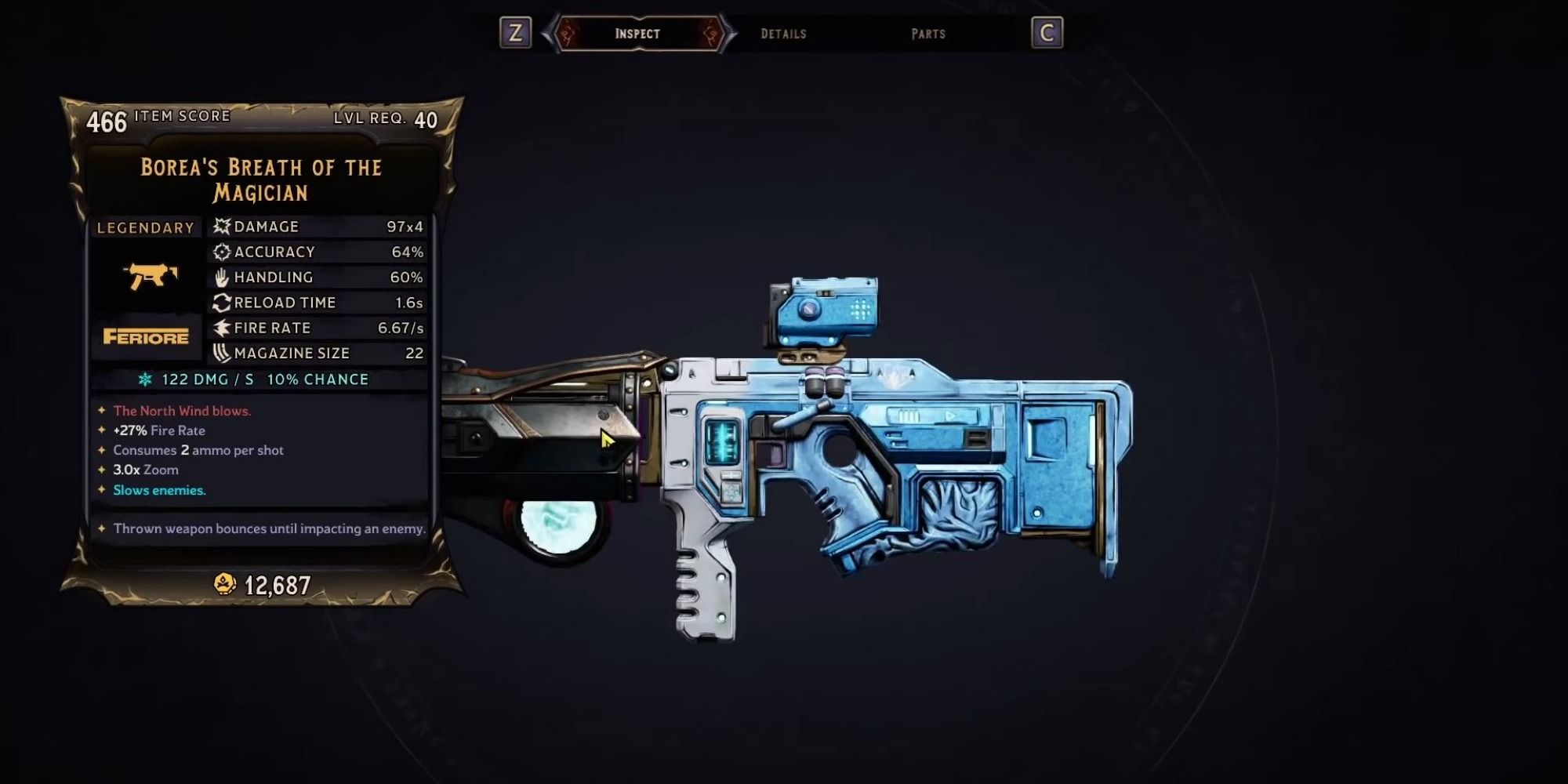 We love a weapon that can wreak havoc even while reloading. While using the Borea's Breath SMG, reloading this Legendary throws the weapon. The gun will bounce, creating a spike of ice each time it does, until it hits an enemy.

The ice spikes may not be super powerful on their own, but some extra damage while reloading never hurt. The only place to loot this Legendary SMG is from the boss fight with Ribula in Snoring Valley. 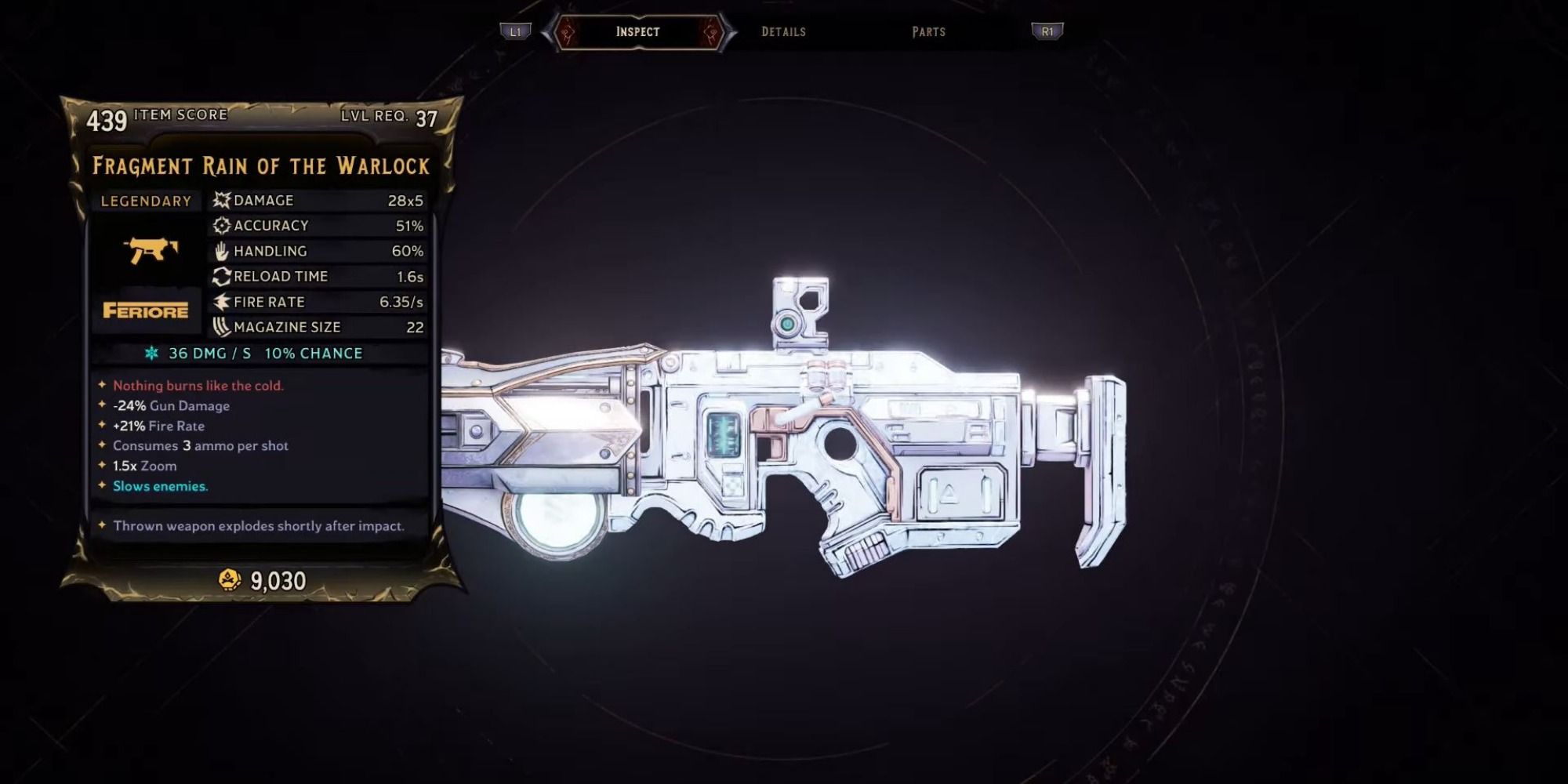 Ice Damage weapons in Tiny Tina's Wonderlands are vastly underrated. The Fragment Rain Legendary is no exception. Any Ice Damage weapon, when fired enough into an enemy, will not only slow them but turn them into a popsicle, making it incredibly easy to finish them off.

Fragment Rain goes a step beyond that, as its bullets can also pass through target enemies to strike other nearby foes and slow them down as well. While it is a world drop, if you want the Fragment Rain, the best place to loot it is from mini-bosses in the Chaos Chamber. 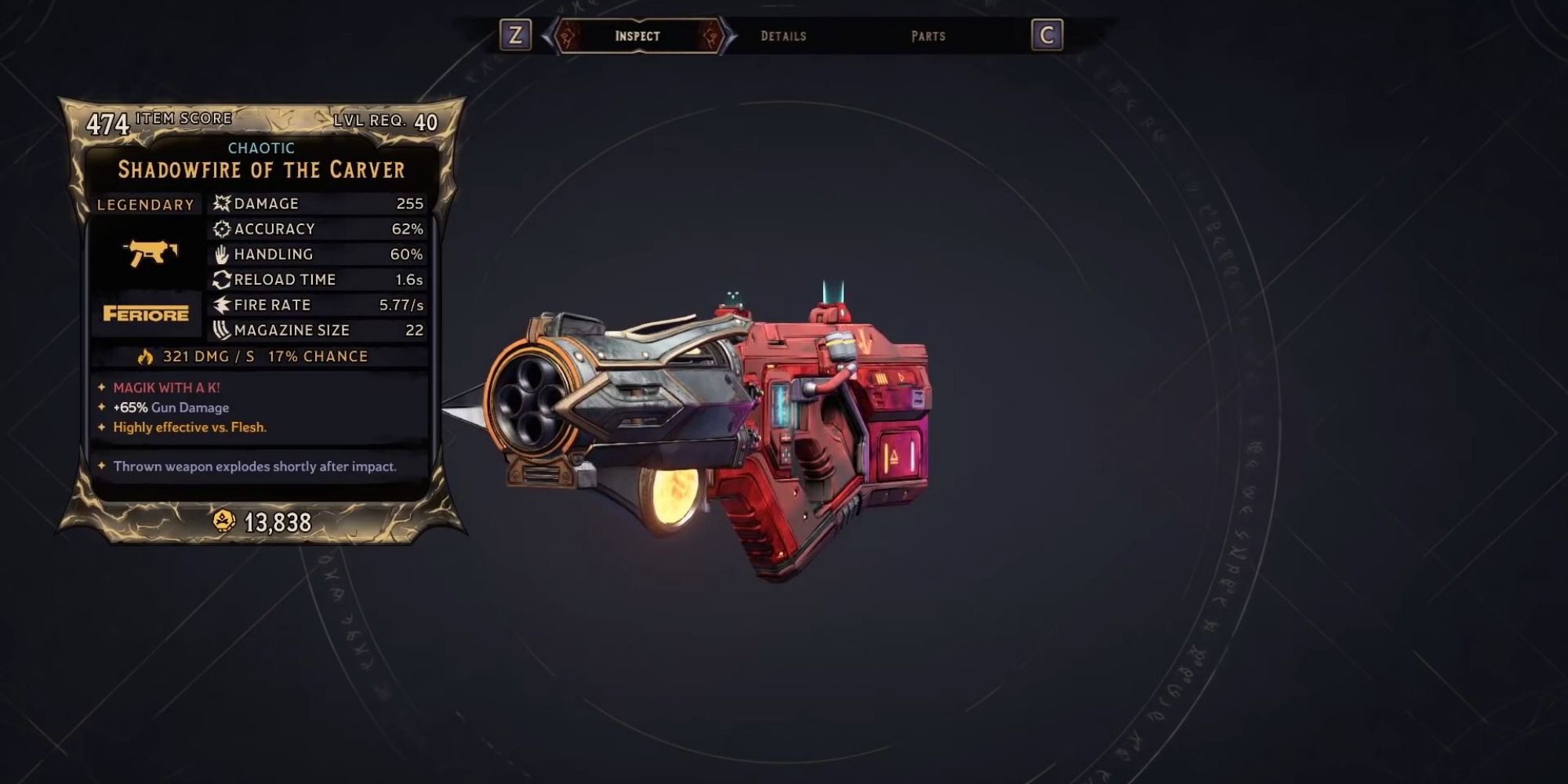 The Shadowfire's main weapon fire might not be too flashy, but oh boy, its reloading damage is. This Legendary SMG will be thrown whenever it is reloading, and where it lands, a giant tower of dark energy will shoot up, leaving a puddle in its wake.

Any enemy caught in the tower will be thrown to the side, momentarily knocking them down. To find this for yourself, try farming the Mushroom Healer mini-boss in Weepwild Dankness. 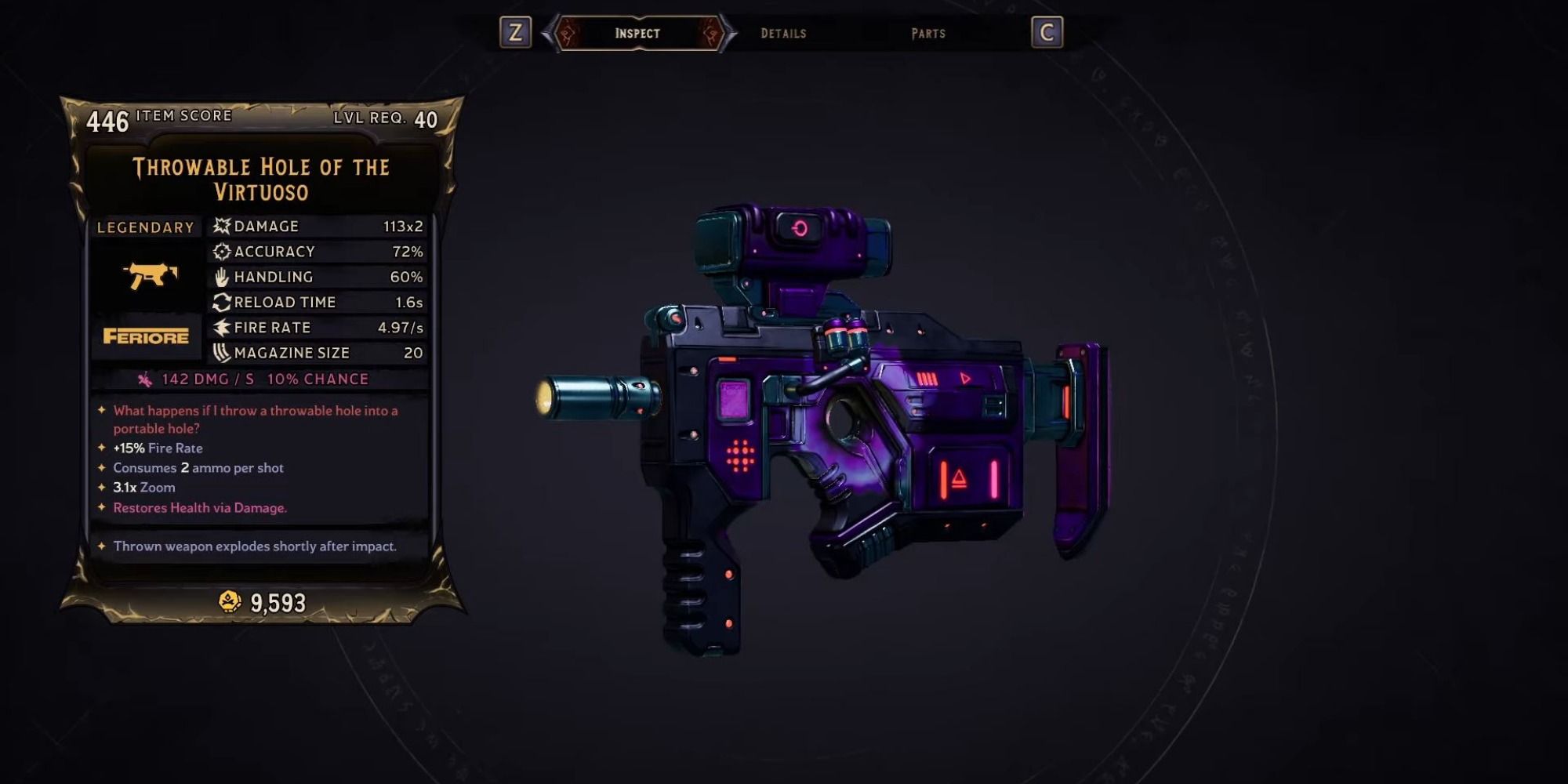 Always read the fine print, friends. The Throwable Hole SMG is a cool enough weapon on its own. It restores some of your health as you shred through enemies, and throws down a puddle of dark energy whenever it reloads. However, there is a hidden feature to the Throwable Hole hinted in its red text: "What happens if I throw a throwable hole into a portable hole?"

If you throw this SMG into an already existing dark energy puddle by reloading in the same place, the "hole" swallows up your weapon and grows even bigger in radius. These holes also last quite a while, meaning you can chain this effect by simply reloading over and over. As you might have guessed, a Legendary this chaotic can only be dropped from the Chaos Chamber.