TiMi Studio Group has had huge hits in mobile games such as Call of Duty: Mobile and Honor of Kings. And now this Tencent division launching a new studio to make triple-A games dubbed TiMi Seattle.

The Shenzhen, China-based TiMi hired game dev veterans Scott Warner and Rosi Zagorcheva last year, and they have already built a team of 25 people. Their office will open later this year in Bellevue, Washington, a tech hub where Valve is based. The studio is still hiring, and it already has remote workers in Los Angeles.

TiMi has a lot of money for expansion — not only because it is owned by the largest game company in the world, China’s Tencent — but because its titles have had hundreds of millions of downloads. TiMi’s Call of Duty: Mobile has been downloaded more than 500 million times.

And TiMi is working on the upcoming Pokémon Unite title. But TiMi Seattle will work on multi-platform triple-A games, said Warner in an interview with GamesBeat. He said the team is working on an original game, but it won’t reveal it until later.

“We’re working on a first-person shooter, competitive game, live service, with a lot of people assembled who have made those games for quite some time,” Warner said. “We are concentrating on PC and console for now. But ultimately, we want our game to be played on as many platforms as it can be.”

He said that the team is working remotely for now, but he noted the office will feature a high-end playtest lab to assure the team can consistently leverage player feedback to improve.

Above: Scott Warner and Rosi Zagorcheva are the leaders of TiMi Seattle.

“It was attractive to me in the same way that it has been for a lot of our team members and that a lot of people in triple-A are now in these mega franchises that really can’t do original titles,” Warner said. “They’re kind of risk averse. And so the teams kind of have two choices either go independent on a smaller scale or they continue to work on sequel after sequel.”

TiMi international director Vincent Gao said in a statement that this team will have the resources and talent so it can exceed the triple-A expectations of players today.

Since joining TiMi as a design and studio director in May of 2020, Warner has been actively recruiting and the existing team has been working remotely. Warner is a world-renowned game designer who will lead the Seattle team. He previously worked on the Battlefield and Halo franchises at Electronic Arts and 343 Industries. He was the design director for Halo 4.

He said he was excited about creating an original game and studio from the ground up.

Usually, the best talent is offered a choice between making another sequel or taking a personal risk to make a smaller-scale game, he said.

“TiMi came to us with the capacity to be able to take risks with a  blockbuster budget and a new intellectual property,” Warner said. “It was obviously very attractive to me because it’s a once-in-a-lifetime opportunity.”

Warner was most recently working for EA, and he had also worked at Ubisoft in San Francisco.

“Any decision to move was not taken lightly,” he said. “What attracted me was new IP and the triple-A scale. That’s a rare rare opportunity in the industry. And possibly what I’m even more excited about is this chance to do everything right, to create a studio to create a culture, to form a team with no baggage — a clean slate to create something amazing.” 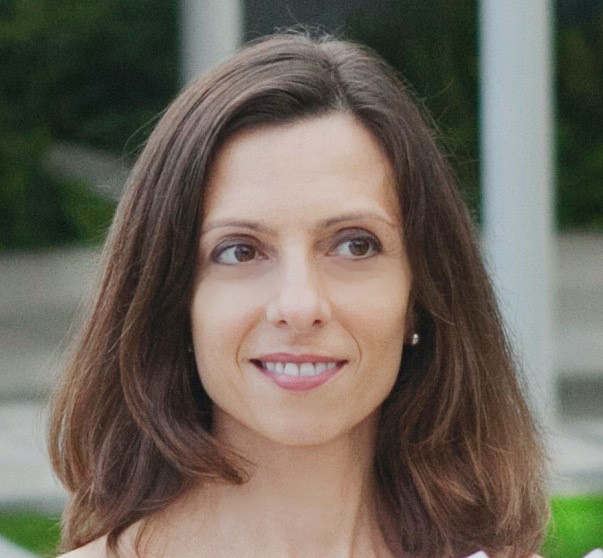 Zagorcheva joins TiMi following a long career at EA, where she most recently served as the head of development and operations for the DICE LA studio.

She grew up in Bulgaria and got to work on one of the first video games made in the country while she was an architecture student.

“By the time I graduated, I told my professors that I was going to be making video games and they had no idea what I was talking about,” she said. “That didn’t exist as an industry or a job. So I had to make my way and the rest is history.”

Starting with art, she has been making games for about 20 years.

“I started with Planetscape Torment, and for the last 10 years I have been making shooters,” she said.

The games include Full Spectrum Warrior, Mercenaries, Halo, and Battlefield, and she spent much of the time working with Warner. When he said he was going to start a new studio, she jumped at the chance.

As the team grows, Zagorcheva said it will maintain the hybrid, distributed model after the office opens later this year. TiMi Seattle is hiring for a variety of positions including art, design, engineering and production. The new TiMi Los Angeles office will also house some team members who work with the Seattle team.

“We have a hybrid strategy,” Zagorcheva said.

TiMi itself was founded in 2008 and it has made games including Honor of Kings, Speed Drifters, Saint Seiya: Awakening, CrossFire: Legends, and most recently, Call of Duty: Mobile.

“What attracted me to TiMi was the fact that Scott was the founder,” Zagorcheva said. “And I have tremendous respect for Scott as a creative. And that was really important to me.”

With a big video game boom, it isn’t easy to hire people. But Warner said that the chance to work on something new with a big budget is a draw for candidates.

“We also have the budget to be competitive with compensation,” he said.