Your survival in Timberborn hinges on how well you can control the flow of life-giving water through your city. Thanks to recurring droughts, the only thing that's guaranteed about water is that you won't have it forever. Without water, your crops will wither away, and your beavers will suffer the effects of dehydration.

Fortunately, the game gives you plenty of tools to deal with this problem. At the start, you'll be able to dam up rivers and use Floodgates to store water for droughts. Later on, Golems and explosives let you shape the land into one that suits you better.

Timberborn is currently in Early Access on Steam and as such, the content is subject to change. We will update these articles as required. 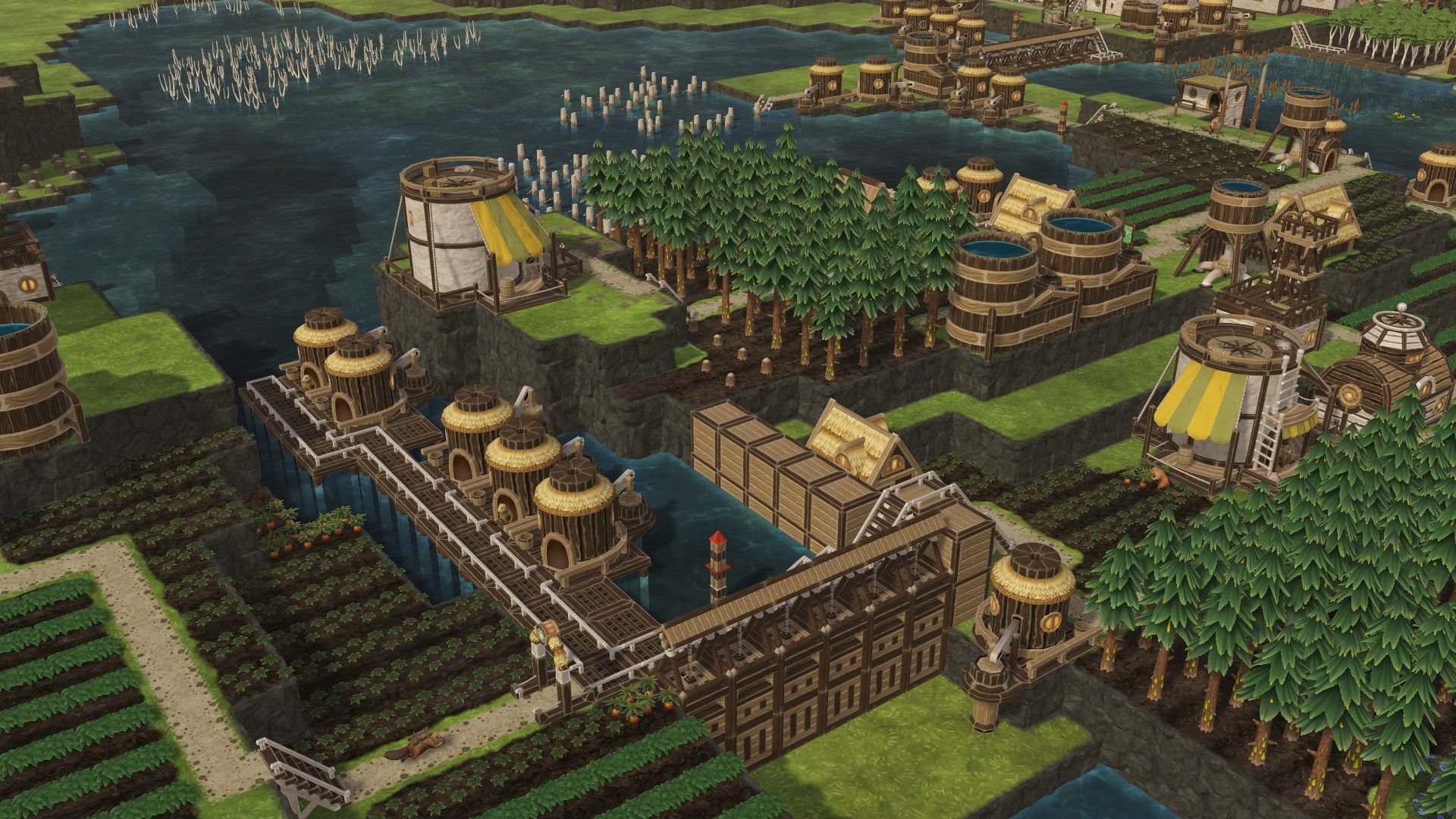 It's important to make sure that you don't store too much water, however. If water levels rise too high, the river can burst its banks and flood your city. Not only will this disable your buildings until the water recedes, but flooding crops will also kill the plants and ruin the harvest. Floodgates let you control how much water gets dammed up to avoid this problem.

Use Stream Gauges to determine the water level and current at a particular point to prevent overflowing.

Though it may be tempting to focus entirely on storing water in Water Tanks and dispensing it out through Irrigation Towers, it's less resource intensive to simply have water close to the farms because you won't need as many Tanks and beavers to keep the towers watered. Well-placed Dams and Floodgates can hold back more water than your Tanks can hold at a fraction of the cost.

It's also worth considering how deep you want each river to be. While deeper rivers can hold more water, some buildings have depth requirements to be mindful of. For example, Aquatic Crops can only grow in water less than one block high. Water Pumps extract water at a maximum of two blocks deep.

Not only do deeper rivers store more water, but they also evaporate more slowly. This can come in handy on longer droughts by reducing the water lost to physics instead of thirsty beavers. 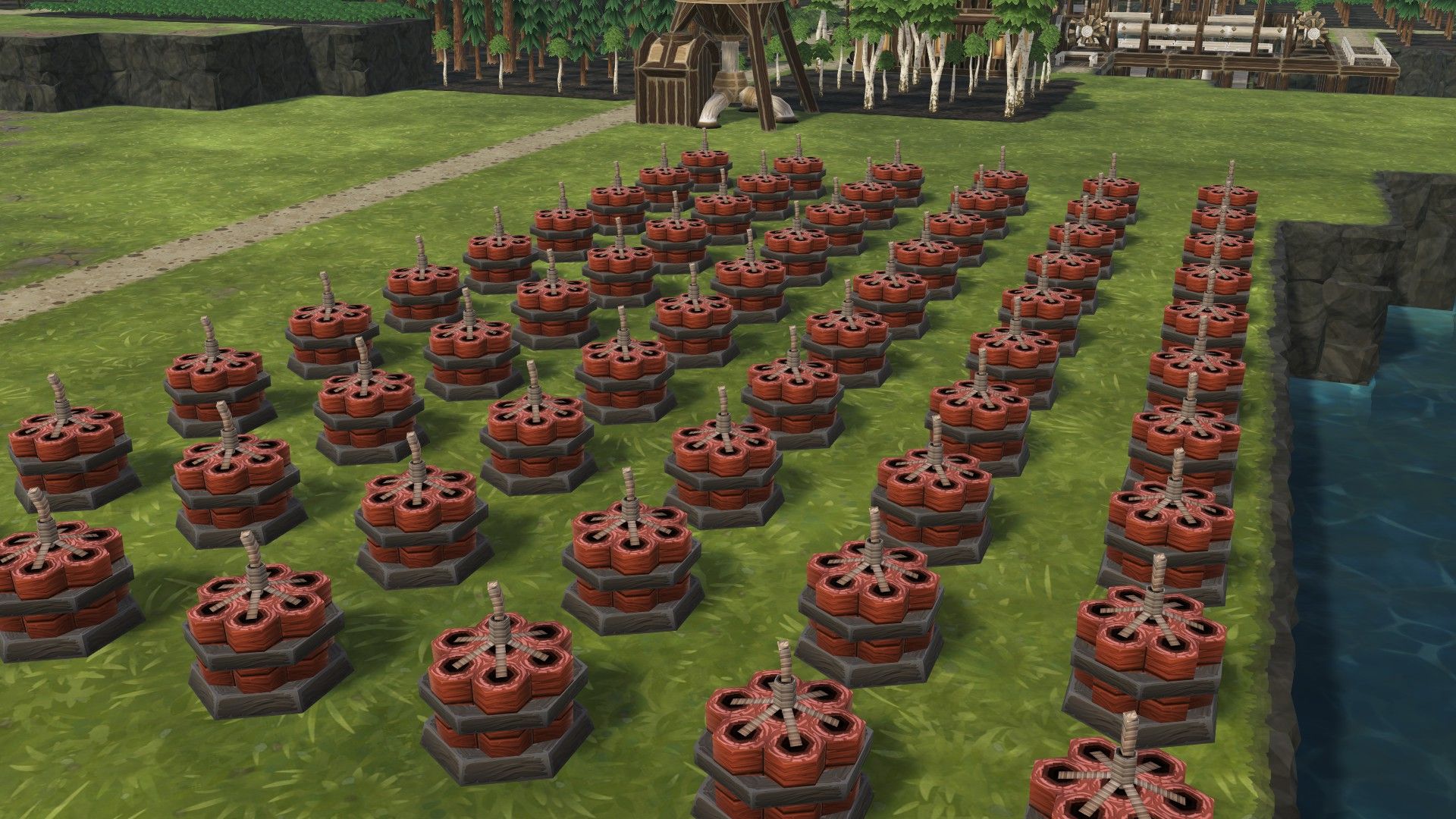 If you find yourself wanting to deepen a river or widen its banks, your tool of choice is Explosives. As the name implies, your beavers can convert Paper into Explosives at an Explosives Factory. Each one is basically a small bomb that'll destroy a single block directly under it while triggering the ones adjacent. You'll probably find yourself using Explosives by the dozen to create canals and reservoirs, so make sure you have enough Explosives Factories and a large enough stockpile.

To properly supply an Explosives Factory, you'll need a Lumber Mill, Gear Workshop, and Smelter to construct the building itself. Paper is made at a Paper Mill, converting Planks into Paper.

You can use Explosives to open new channels for water to flow through. Many of the game's maps provide opportunities for a well-placed set of explosives to redirect water through a dried-out riverbed or into a deep ditch that would otherwise be left barren.

Recklessly using explosives may not necessarily lead to exploded beavers, but it may end up with flooded and ruined districts if you don't prepare accordingly. 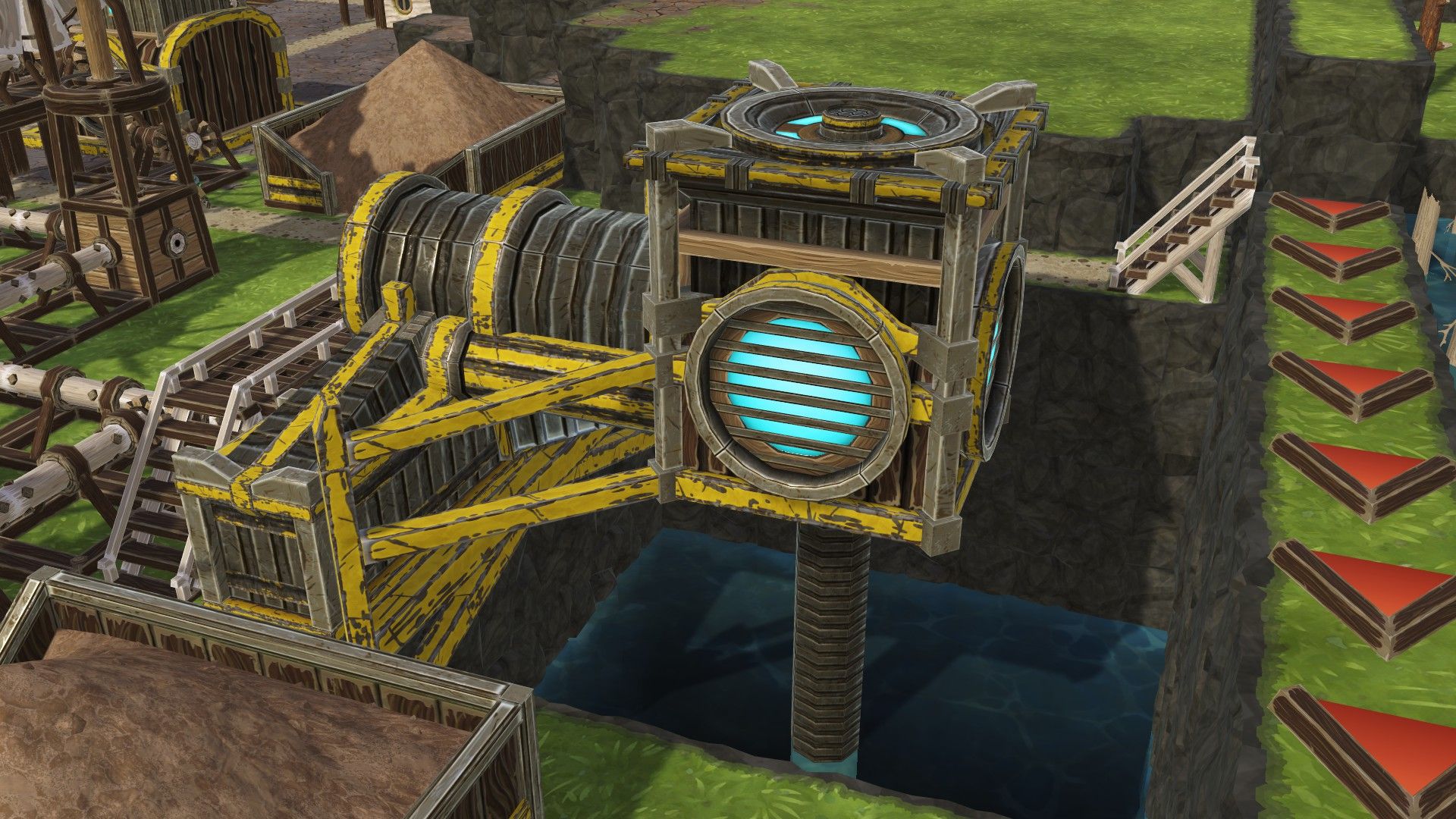 Dirt is an immensely valuable resource. While you can build almost everything on platforms instead of the ground, you can't grow crops or trees without dirt. Having limited access to farmland can create a bottleneck for larger populations by stopping you from growing enough food to feed all of your hungry beavers.

Constructing Terraforming Stations lets you get around this limitation. You'll need to build a Dirt Extractor and Golems to start using it to place dirt in the form of Terrain Blocks. All of these options are only available late in the game. You'll need an ample supply of Metal Blocks for both structures and the Golems. The Terraforming Station itself needs an eye-watering 200 Treated Planks to build as well.

The Dirt Extractor digs a 3×3 tunnel directly beneath it. Attempting to use it as a way of quickly removing dirt without explosives is, unfortunately, futile.

Dirt Extractors need a lot of power to move but will produce dirt, even after it reaches the bottom of the map so long as it is powered and there are Golems clearing it of dirt. The dirt is stored in Dirt Piles until you place Terrain Blocks within the same district. Golems will transport those blocks over to the correct spot.

Not only do these blocks provide you with arable land, but they can also be used as cheaper Levees since they only need dirt instead of logs.