You are here:
Home / Thymesia – How To Clear Poison Areas In The Sea Of Trees

Thymesia – How To Clear Poison Areas In The Sea Of Trees

Exploring the world of Thymesia can be quite a treacherous task. Not only are you expected to venture through plague-ridden halls, walkways, balconies, and abodes – but you are also thrust into life or death combat on the regular. Being a Plague Doctor in this universe is quite the ordeal.

There is a lot to see, and even more to die to, but underneath it all is this underlying sense of discovery. Exploring is always rewarded, and going back from previously cleared areas for Sub Quests is doubly so. The thing is, sometimes the world is out to get you too, and that is exactly what happens in the Sea Of Trees.

What Is The Sea Of Trees? 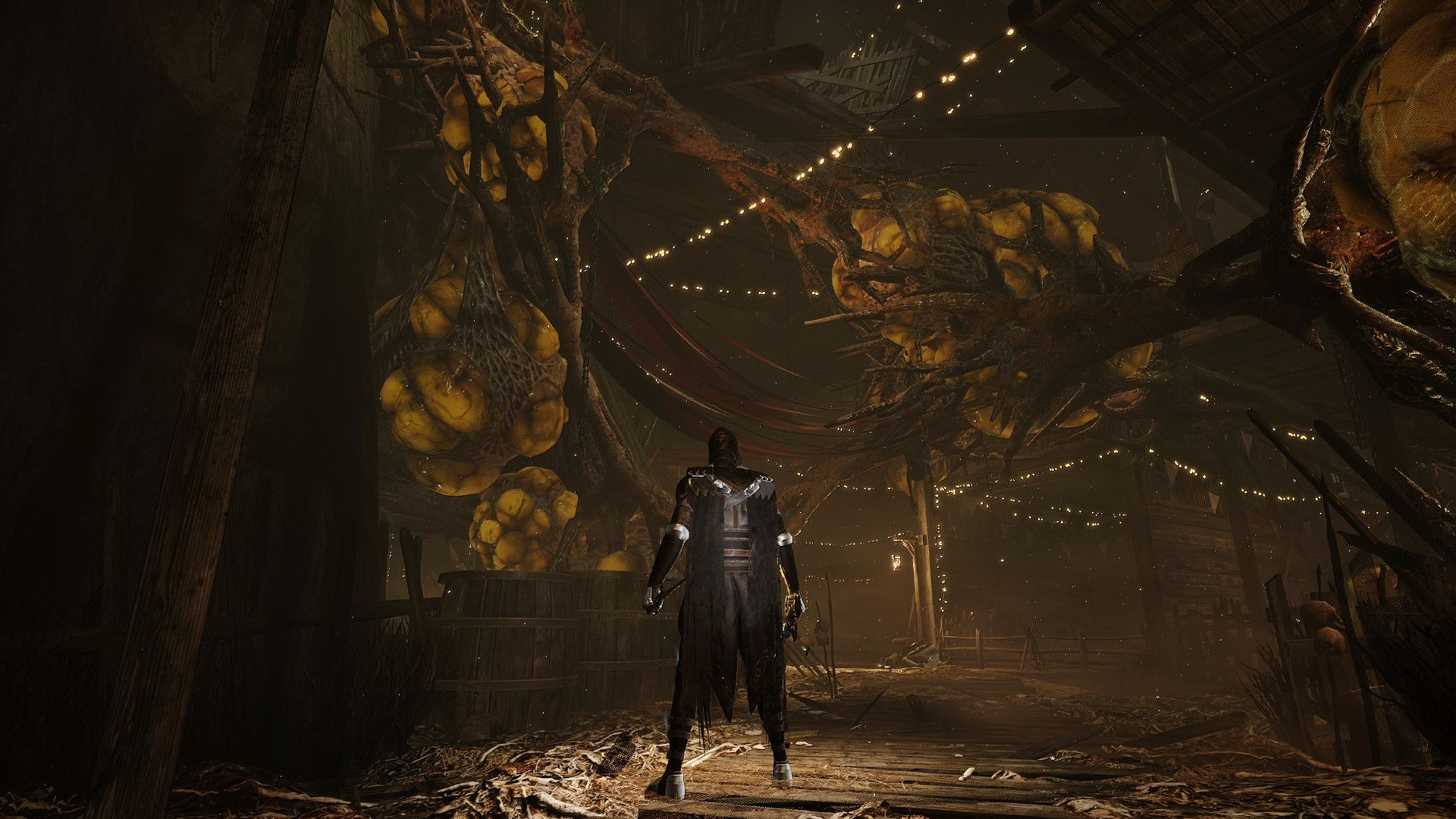 The Sea Of Trees is the first non-tutorial area in Thymesia. As the name implies, it is set in a forest, although instead of pottering across the woodland brush, you are traversing a town built atop the trees themselves.

Everything in this zone is tree-based in some way, whether it be the landscape itself, or the enemy designs who have wicked barked protrusions erupting from their pale, cracked flesh. On top of all of this, there are bulbous cysts that ooze deadly poison. 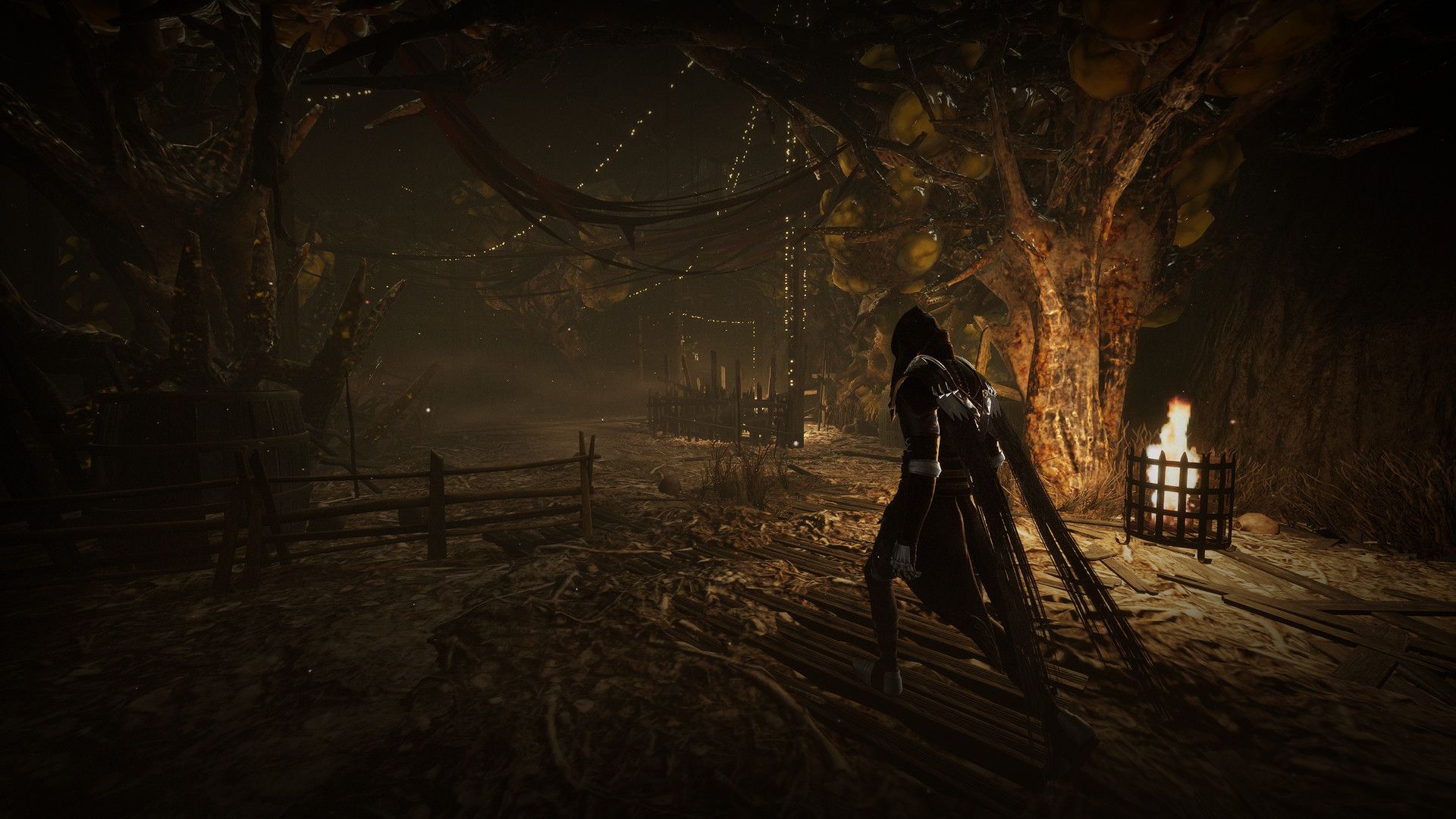 Poison in Thymessia is a death sentence. It doesn’t matter what you do in a poisonous field, if you stay in it for more than a few seconds, you will end up dead. Firstly, you can’t run into poison. The moment you enter it, you will cover your mouth and your movement will slow to a crawl. A bar will then rapidly fill up.

If you stay in this zone for too long and the bar maxes out, you will start taking large chunks of Health damage until you die, or you leave the area. Leaving the area before the bar reaches its peak will result in the bar rapidly emptying.

As a general rule, try to avoid moving through poison. There are some instances where you are forced into it, but these are very specific, short instances.

How To Deal With Poison? 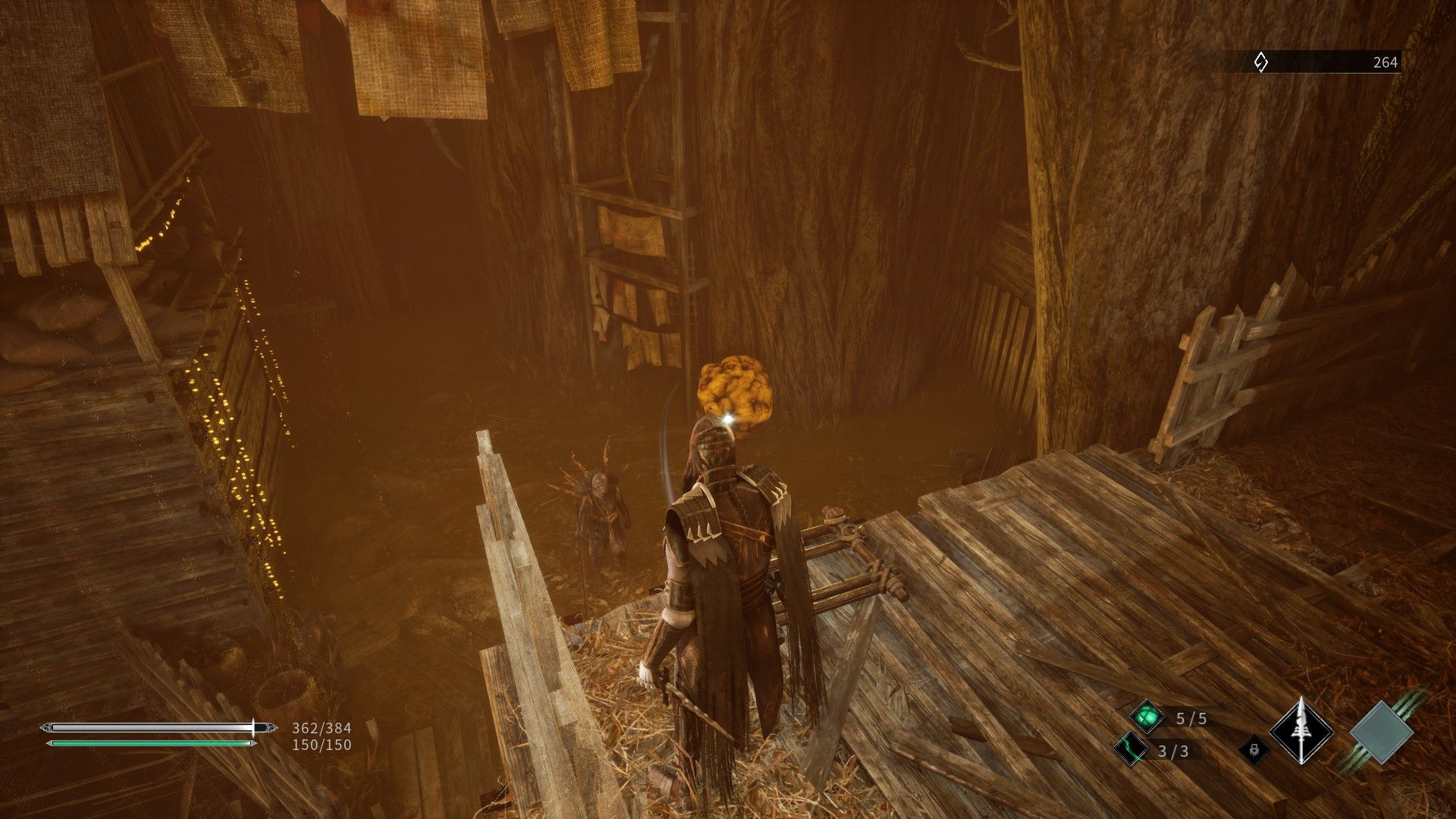 Outside of avoiding poison areas entirely (which is something you will have to do from time to time), you can clear poison areas if you know what to look for. Poison often comes from large Cysts that exist inside the poison field itself. They are often hidden or obscured by terrain, making them hard to spot – but they are there.

Trying to approach them will result in death 100% of the time, and they are all placed out of reach of your standard attacks, and you can’t move fast enough to close the distance. The trick is to use your Feathers.

Feathers are usually reserved for countering Critical Attacks in high-stakes combat encounters, however, they also double as a low-damage ranged attack. Cysts have low HP, and three Feathers will destroy a Cyst. Once a Cyst is destroyed, the poison will immediately clear.

In some cases you will have to enter poison and there won't be a Cyst to destroy. When this happens, dodge through the poison field. You can't run through poison as it will slow you down, but your dodge/dash is not slowed or hindered. Use this to rapidly traverse these areas.

In addition, Cysts do not respawn on death, meaning once you have cleared an area of Cysts, they will not be an issue again.