You are here:
Home / This Rubber Duckie Game Has A Growing Cult Following

This Rubber Duckie Game Has A Growing Cult Following

A game featuring an abundance of rubber ducks has become one of Steam's highest rated titles. The Placid Plastic Duck Simulator has an "Overwhelmingly Positive" rating and is turning into something of a cult classic. It's doing brisk business as well for its indie developer. Not bad for something that was whipped up during an internal game jam.

As reported by GameDiscoverCo (via Kotaku), Placid Plastic Duck Simulator was made as a bit of a distraction for Italian developers Tunnel Vision Studio while it was working on its real game, the open-world survival sim Starsand. The game was part of an internal game jam at the studio but Placid Plastic Duck Simulator has since gone on to earn over 3,500 reviews, of which 98 percent are positive.

At its core, the game doesn't feature that much interaction, but is more about the vibes. "A relaxing 3D environment where you experience life as a rubber duck, Placid Plastic Duck Simulator is an experiment to induce calm and bliss," as its Steam desciption reads. The game begins with not so many rubber duckies, but more and more are introduced to the seaside pool. Like snowflakes, each duck is slightly different, with each having their own "style and demeanour". Some even have some surprising quirks and abilities. 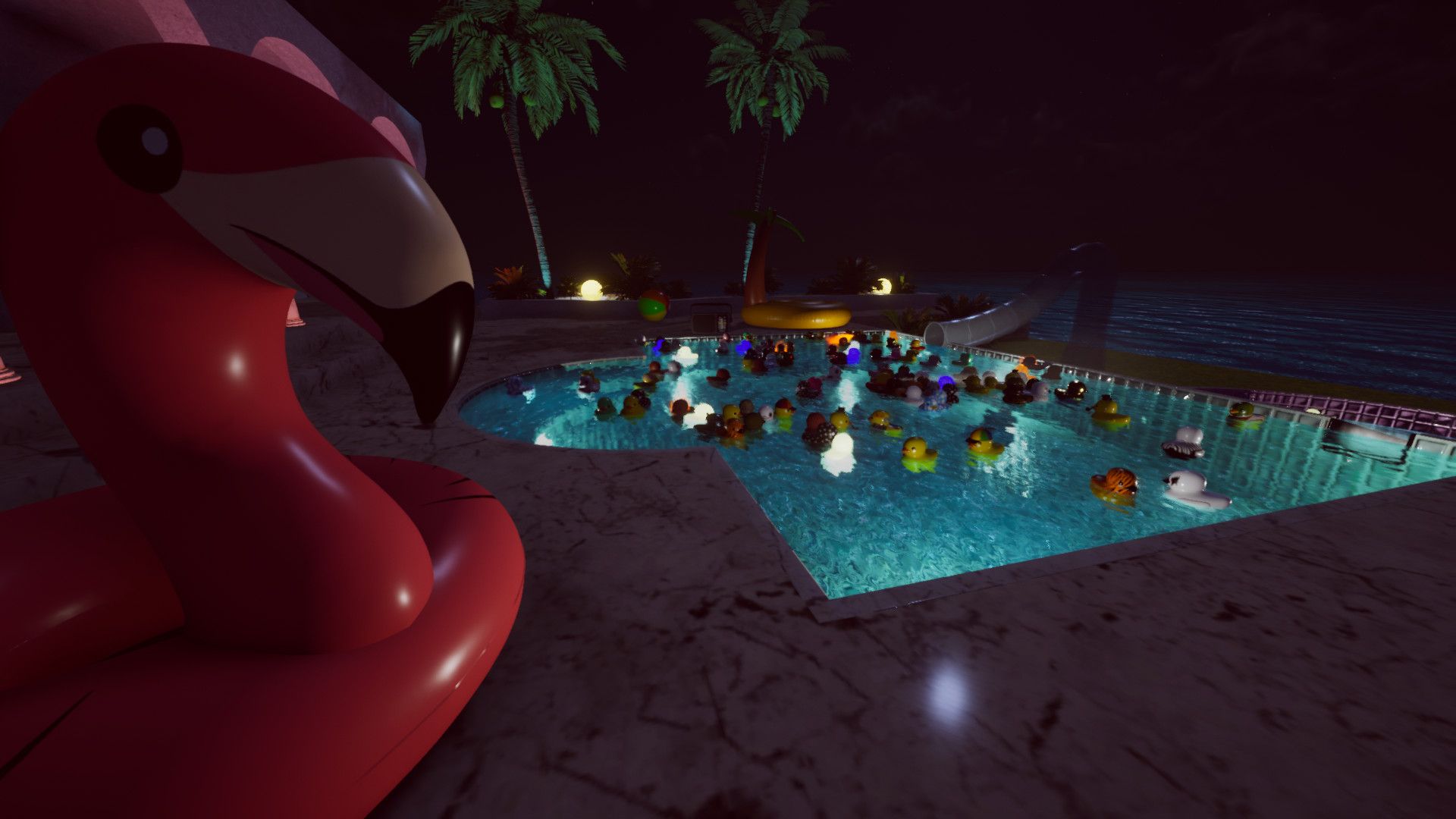 The game only costs $2 and Placid Plastic Duck Simulator even features DLC which adds more variety to the ducks. There's not a whole lot of game to it, since players can only really move the camera around. But the view is calming, the water is well rendered, and the ducks offer just the amount of stimulation and novelty.

Tunnel Vision Studio did zero marketing for this title, but it snagged attention from large Japanese and Korean Twitter accounts and was covered by YouTube account RTGame, which has 2.75 million subscribers, a few weeks ago.

Overall, it's a heartening thing to see, something as silly and simple as this getting so much love. "OMG LOOK AT THE DUCKS," reads one review on Steam, posted yesterday by a Juice 2.0. Another posted: "The most relaxing duck watching experience on Steam". Another said simply, "This game is quack".