In the epic D&D adventure campaign news of the week (and maybe year) comes a report from CNN about Robert Wardhaugh, a Dungeon Master in Canada who has been running a campaign that started way back in 1982. The article was published as a companion piece to an audio component titled The Neverending Game as part of CNN’s Great Big Story.

Wardhaugh states they began playing D&D in the early 1980s, which means the campaign that started in 1982 has been running for 38 years. Wardhaugh said that when it began, the game had four players, but has since grown to include about 60 players to date. The current COVID-19 pandemic has affected the campaign this year by eliminating close and personal games in Wardhaugh’s home, they said, but has also allowed them to be “hosting sessions two, three and sometimes even four times a week” thanks to Zoom.

Wardhaugh adds that players are not the only things that have grown during the campaign. Holding steadfast to the long-time principle that the DM is in charge, not the rules, Wardhaugh said their D&D game has become “very different from the official Dungeons & Dragons rules”. Just as the official D&D rules have done throughout its lifetime, Wardhaugh has developed, changed, and adapted the campaign rules to fit the style of game the players want to play. And to make this feat even more impressive, it’s not just their own homebrew rules that have been added. Wardhaugh also expertly crafts terrain and scenery for the campaign, and has a collection of about 20,000 minis to go along with the setpieces.

The article states that Wardhaugh is “a history professor at the University of Western Ontario in London, Ontario”, a career Wardhaugh credits as a prime factor for fueling their love of D&D. They also said it’s a large part of keeping the campaign going for 38 years, in that it helps them tell a fantasy story with monsters and dragons and elves, and allows for “the ability to put yourself into a different space, a different place, with different people, in a different timeframe where you have all these different cultures”. 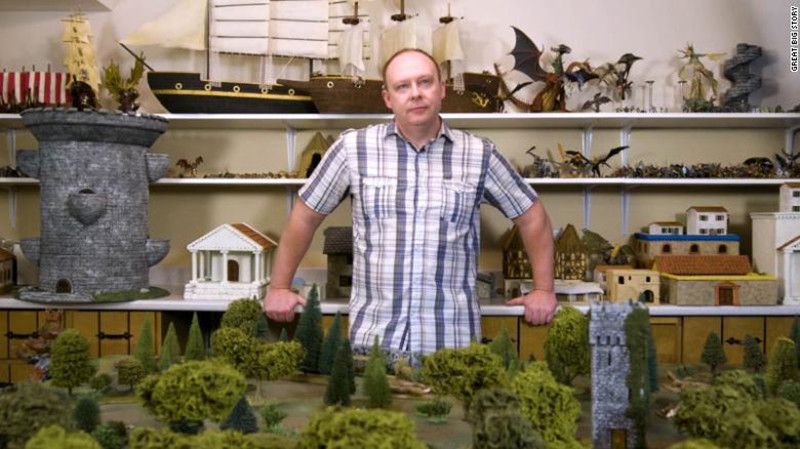 Wardhaugh closes the article saying what a great many of us D&D players probably also hope for: that we can continue to play D&D with our friends for as long as possible. “”One of the things that sets my game apart from all other games is that the only thing that’s going to limit it, I suppose, is my lifespan,” says Wardhaugh.”

You can read and listen to this Great Big Story on CNN.com.