You are here:
Home / Things You Need To Know Before Playing Dying Light: Prison Heist

Dying Light Prison Heist is a free DLC which added a new repeatable mission, Harran Prison. This content lets you explore the prison that lies on the borders of Harran. You are warned that it is guarded by bandits and zombies but there might be some treasures that were left behind.

The purpose of this mission is to see how fast you can make it to the end in exchange for weapons and other treasures. If this is your first time running the prison mission, there are a few things that you need to know before you head in.

7 The Prison Is Guarded By Bandits And Zombies 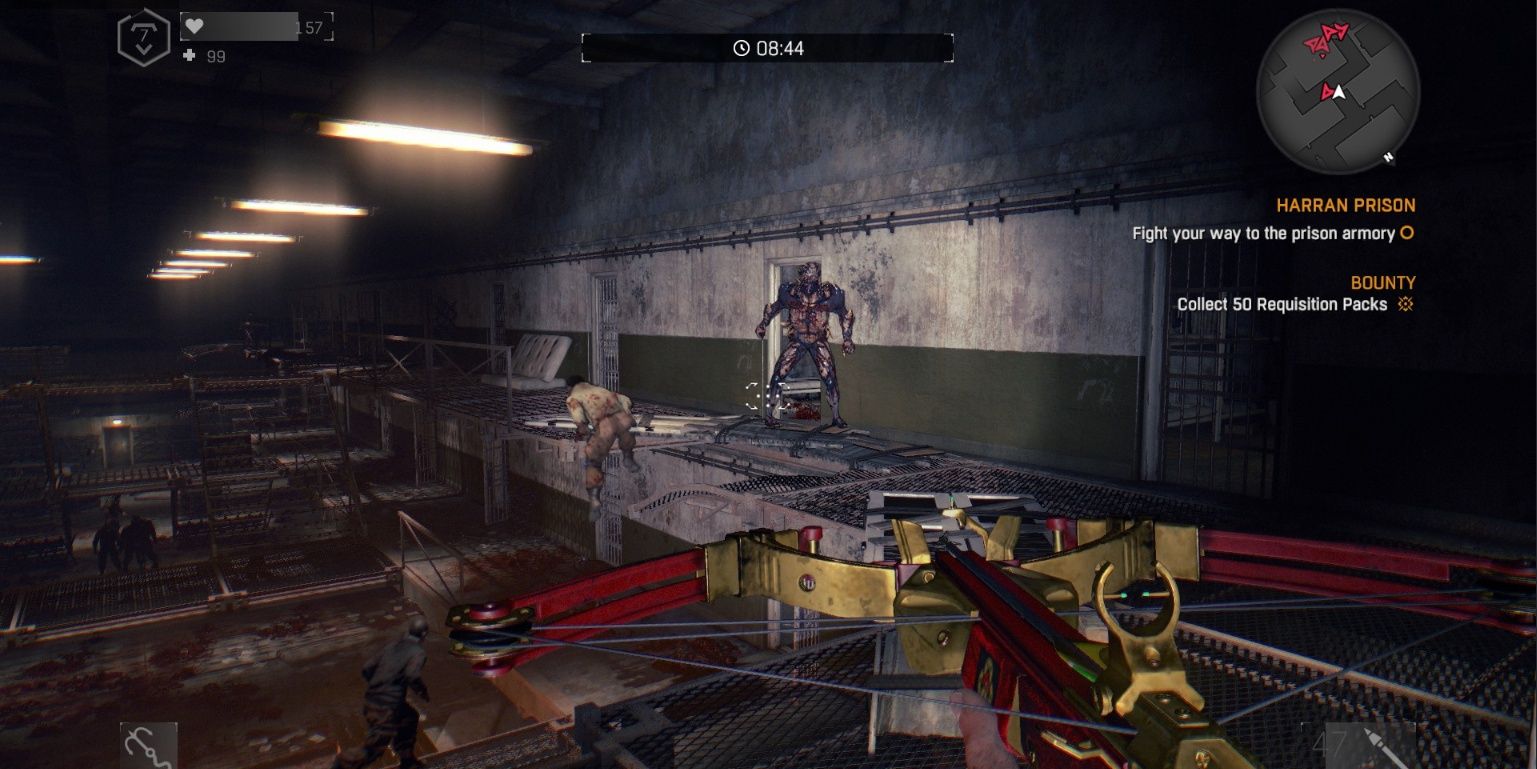 The main entrance is guarded by bandits with guns. They also guard the outermost rooms of the prison. The remaining rooms are infested with zombies, virals, goons, volatiles, toads, and demolishers. In the final area, there will be three demolishers (two initially and one after the first wave of zombies is cleared).

If done correctly, demolishers can be taken out with one shotgun blast to the head. A crossbow can also take out a demolisher in just a few shots. They can be obtained through certain DLC packs or through the DLC Dying Light: The Following.

While there is no time limit on this quest, the amount of time it takes to complete the mission will determine what loot you will get. At the end of the prison, there is a back room filled with rewards.

5 Bomber Zombies Are Lurking In The Map

There are a couple of bomber zombies lurking within the prison. They can come from around corners and explode in seconds. Getting too close to them can cause you to get severely injured or die. If you die at the prison, the game will send you back to the start of the current room so that you can still continue forward, but it will still add a few seconds to your time.

Shooting these zombies from far away can save you from being sent back, and it can also prevent you from losing health. You can also try running away from them, but it is best to shoot them to avoid having them follow you. Be careful going around corners of the prison, your life might depend on it.

4 The Prison Is Filled With Large Rooms

The prison contains large rooms, some of which require climbing to get through. This can make it difficult to navigate swiftly by foot. To save on time in these rooms, it is handy to have a grappling hook ready (this can be unlocked at survivor level twelve).

The hook makes for faster travel can be used to avoid climbing. There are areas where you will have to climb up an elevator shaft or navigate over an electrified floor. Grappling hooks can save seconds of time, and that time might matter in the end.

3 Boosters And Guns Are Your Best Friends 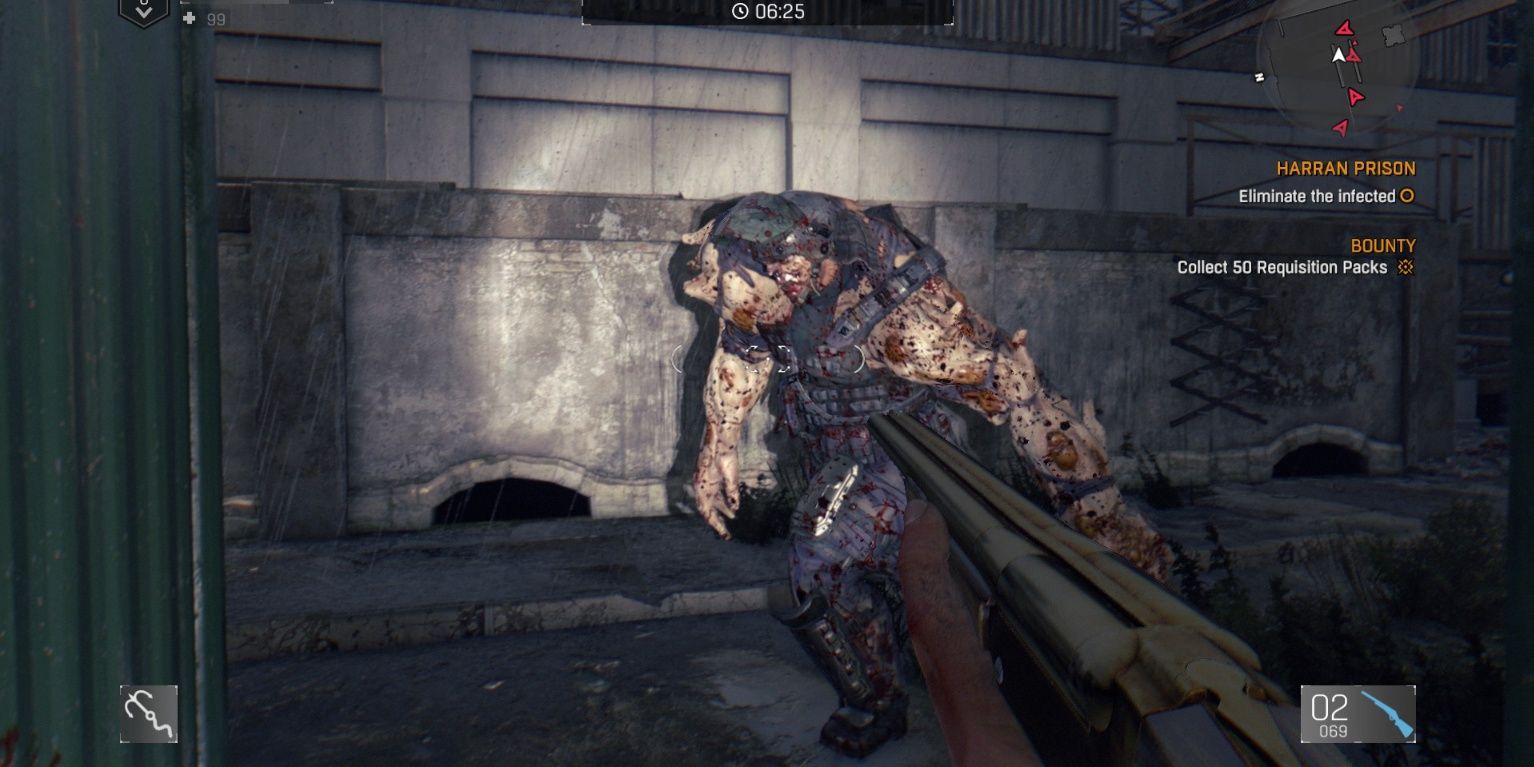 Having boosters and guns will help you if you are running the mission by yourself. Resistance boosters will increase your resistance to bullets. This means that bullets will not do as much damage to you for a short time. Having a gun will save you the time of fighting with a melee weapon. Headshots are the most effective to take out bandits and most zombies. Bringing a rifle along will help take care of large groups of zombies while pistols are great for single headshots.

If you have obtained Dahlia’s cloak potion through the side quest Witch Queen, it will make the run a bit easier. You can cloak yourself in rooms filled with zombies in order to make for a smoother time. Dahlia's potion will keep you hidden from zombies for thirty seconds. You could also use the camouflage skill obtained at survivor level nine.

When you finally clear the second wave of zombies at the end of map, the armory room will be unlocked.The front room contains materials, lock picks, firecrackers, medkits, and ammunition. The room in the back contains chests providing effective melee weapons and weapon mods. Depending on your clear time, there will be different tier weapons and mods.

It is best to avoid the first room and go straight to the back room. Once opened, the room will start to fill with gas which will cause you to die if the time limit is reached. Dying will cause you to lose survivor points, preventing you from leveling up. 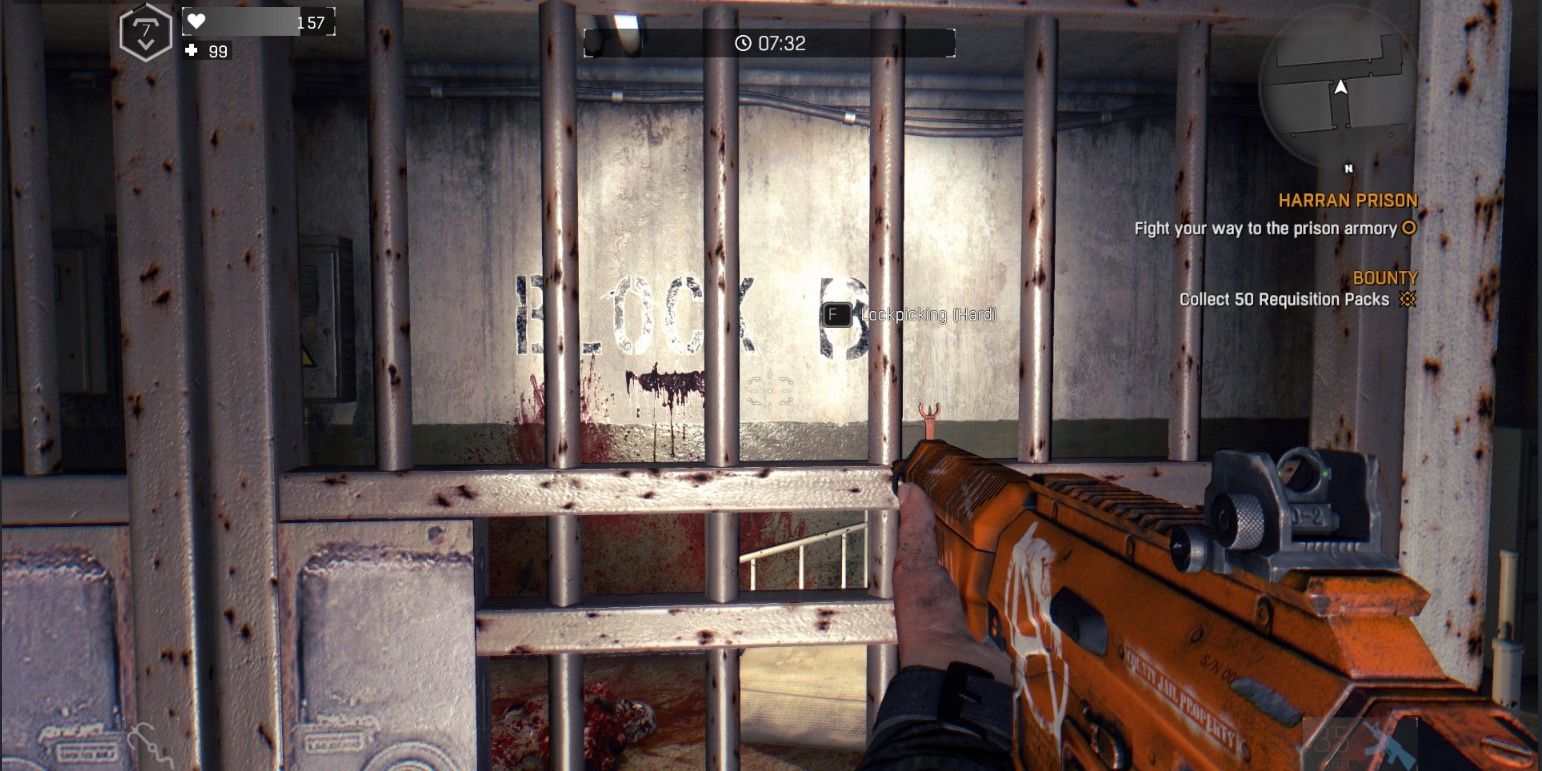 It is best to practice lock picking before doing this mission. You will need to be quick if you want to earn the highest reward. There will be two doors that will need to be unlocked.

The first door is blocked by a goon and virals. The second is blocked by volatiles, virals, and toads. You can use a cloak potion and flares (for volatiles) in order to spare the time of killing zombies. If you play in multiplayer, you can have one person fend off the zombies while the other person lock picks the doors.

All chests located in the armory will also be locked. This is why it is best to avoid the front room, although it may seem tempting with all the valuables, you will need all the time you can get to lock pick as many chests as you can before your time runs out. Bringing a friend along will allow both of you to open more chests, doubling your rewards.