You are here:
Home / Things We Wish We Knew Before Starting Loot River

Things We Wish We Knew Before Starting Loot River

As you traverse the rivers and canals of straka.studio's roguelike dungeon crawler, you'll find yourself face to face with more than just great pixel art. Tough enemies, devious traps, and fearsome bosses all block your way, requiring high levels of dexterity and skill to overcome – much like others of the same genre. The game dumps you straight into the action after a brief tutorial, asking you to fend for yourself as you navigate the game's Tetris-like pieces forward in search of loot.

New players will likely find themselves dying quickly, overwhelmed by the game's early enemies, and lost in its labyrinthine corridors. However, there are a handful of tips that will make your early runs more manageable and give you a leg up on the legions of the dead.

9 Spend When You Can 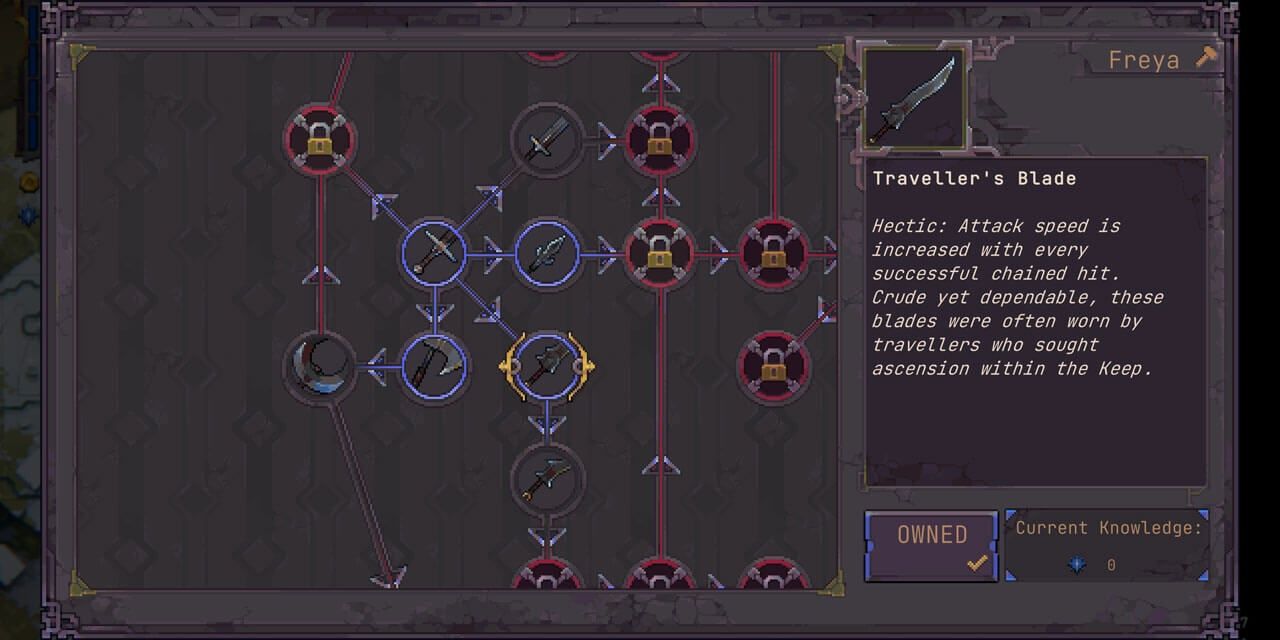 As you defeat enemies, you'll notice two types of currency being absorbed by your character. The standard currency, gold, can be used to purchase weapons and accessories from merchants within the canals. The blue currency, called Knowledge, is far more valuable and can be used to further the game's progression by unlocking tools that will carry over into future runs.

When you die, all your currency will be lost, so it's best to spend as much as you're able whenever you get the chance to do so. Adding a new weapon or spell to the game's loot pool will not only make your current run easier but will also improve your chances on future runs through the seemingly endless catacombs.

8 Make Use Of The Training Dummies 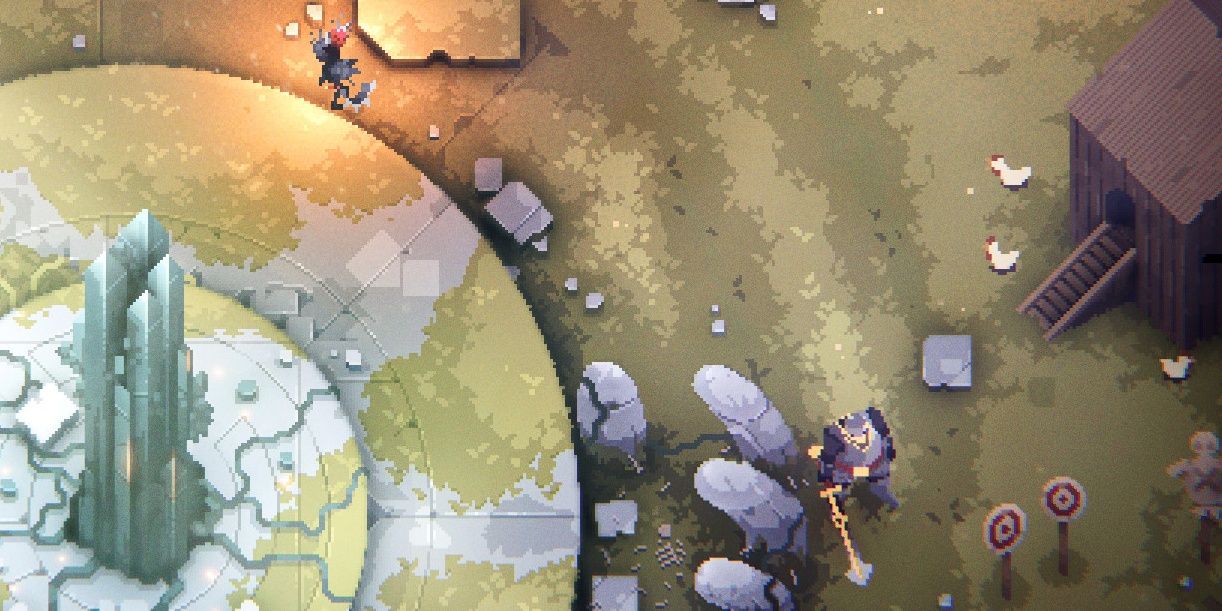 There's a huge variety of weapons you'll collect during your many runs through Loot River, all with unique movesets, combos, and special charge attacks. Whether you're using a basic sword or a powerful endgame weapon, an easy mistake is to pick up a new weapon and immediately charge into combat without practicing a bit first. Being unfamiliar with your basic moves is a shortcut to a quick death, sending you all the way back to the start of your run.

The Sanctuary, this game's take on the classic Soulsborne hub, which you return to after clearing each floor, has a few handy training dummies you can use to try out your new moves and check the damage you'll be dealing compared to the weapon you were previously wielding. A little bit of knowledge can go a long way towards your effectiveness in combat so take advantage of these as much as you can!

7 Use Platforms To GainThe Edge In Combat 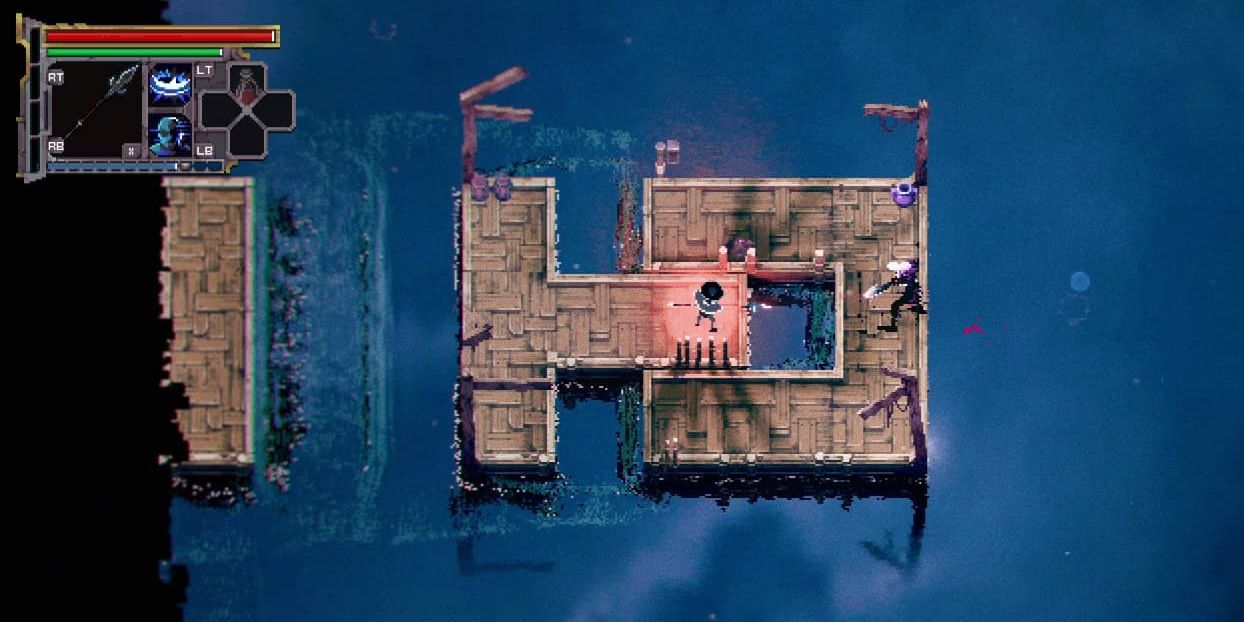 It's time to brush up on your Tetris skills! The standout feature that sets Loot River apart from its contemporaries is the tetromino-shaped platforms you control to ferry yourself along the titular river. However, these platforms serve a far greater purpose than navigation and can give you a massive advantage in tricky combat scenarios if utilized properly.

The ability to change the terrain around you gives you the chance to split the battlefield apart, separating large groups into more manageable chunks. You can also use platforms to make quick retreats if you need to take a breather or a moment to heal. You can even use them to flank enemies and take them by surprise mid-combat. Don't underestimate this versatile tool.

6 Experiment With New Gear And Abilities 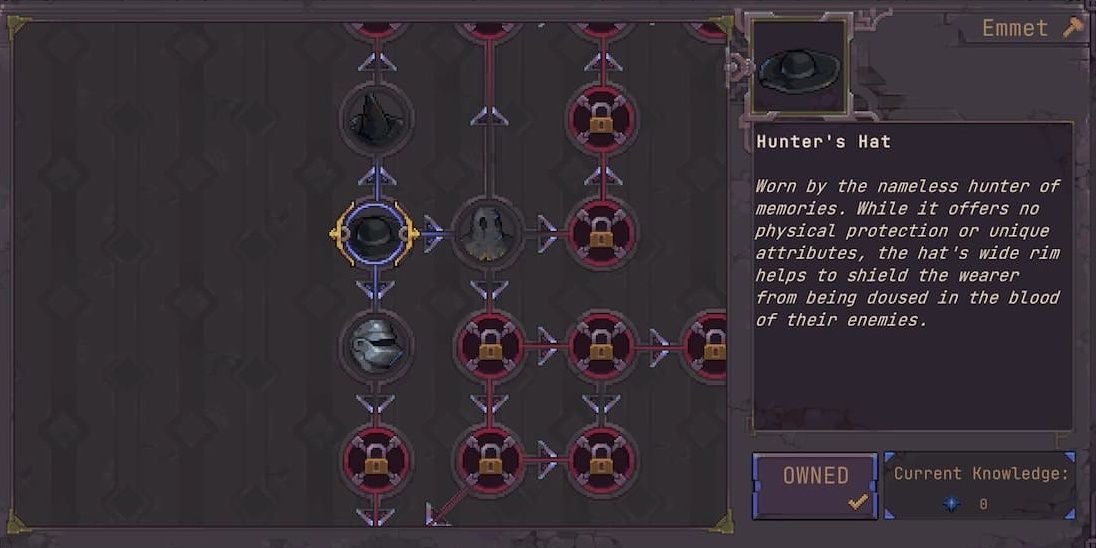 If you find yourself stuck early on, try diversifying your playstyle. The game offers loads of weapons, spells, and abilities for you to play with, and by trying out new equipment, you could discover the key to progressing past whichever roadblock is giving you trouble.

Use a greatsword to bring more damage into your build, try out a spear to keep tough foes at an arms-length, and see which spells work best with the way you play. Your favorite combination of gear and spells is waiting out there, you'll just need to experiment a bit to discover it. 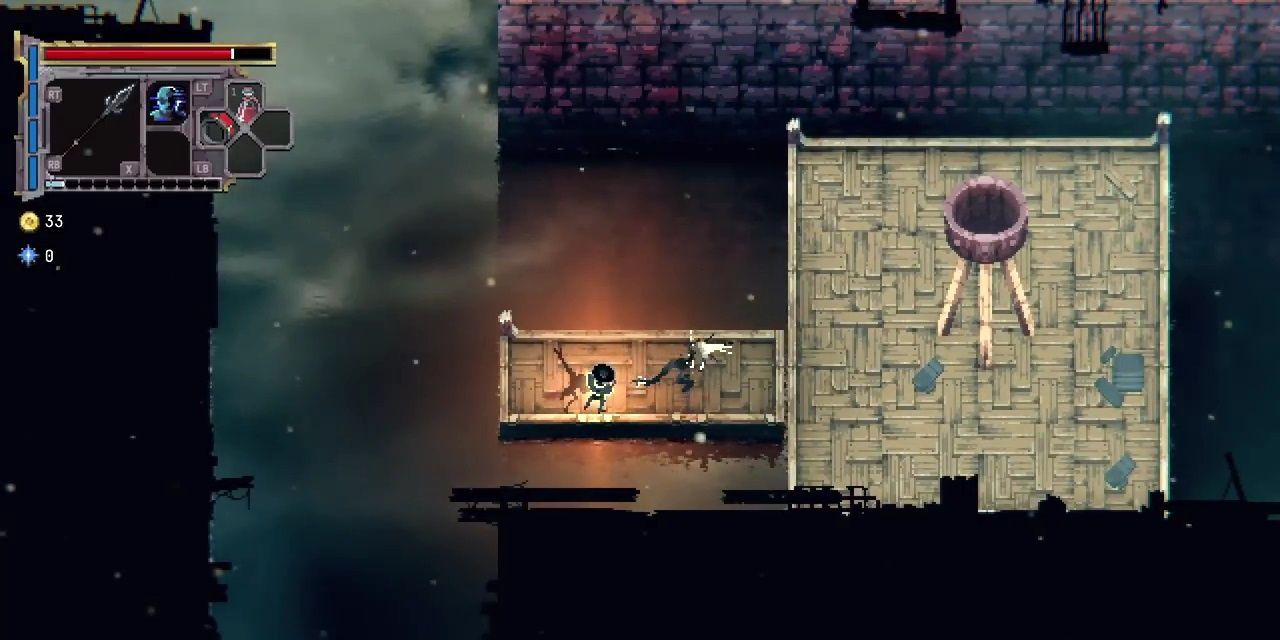 While you might want to take it slow and methodically dismantle your foes one by one, there are advantages to moving through each floor as quickly as you can. Taking a page from Dead Cells, there are special boons waiting for players who are able to cruise through levels at a breakneck pace.

This is most notable in the first level of each run, The Sunken Village, where if you're able to finish the zone in under two minutes you'll receive a massive heap of Knowledge, letting you unlock weapons, spells, and more right off the bat.

4 Don't Overdo It With Modifiers 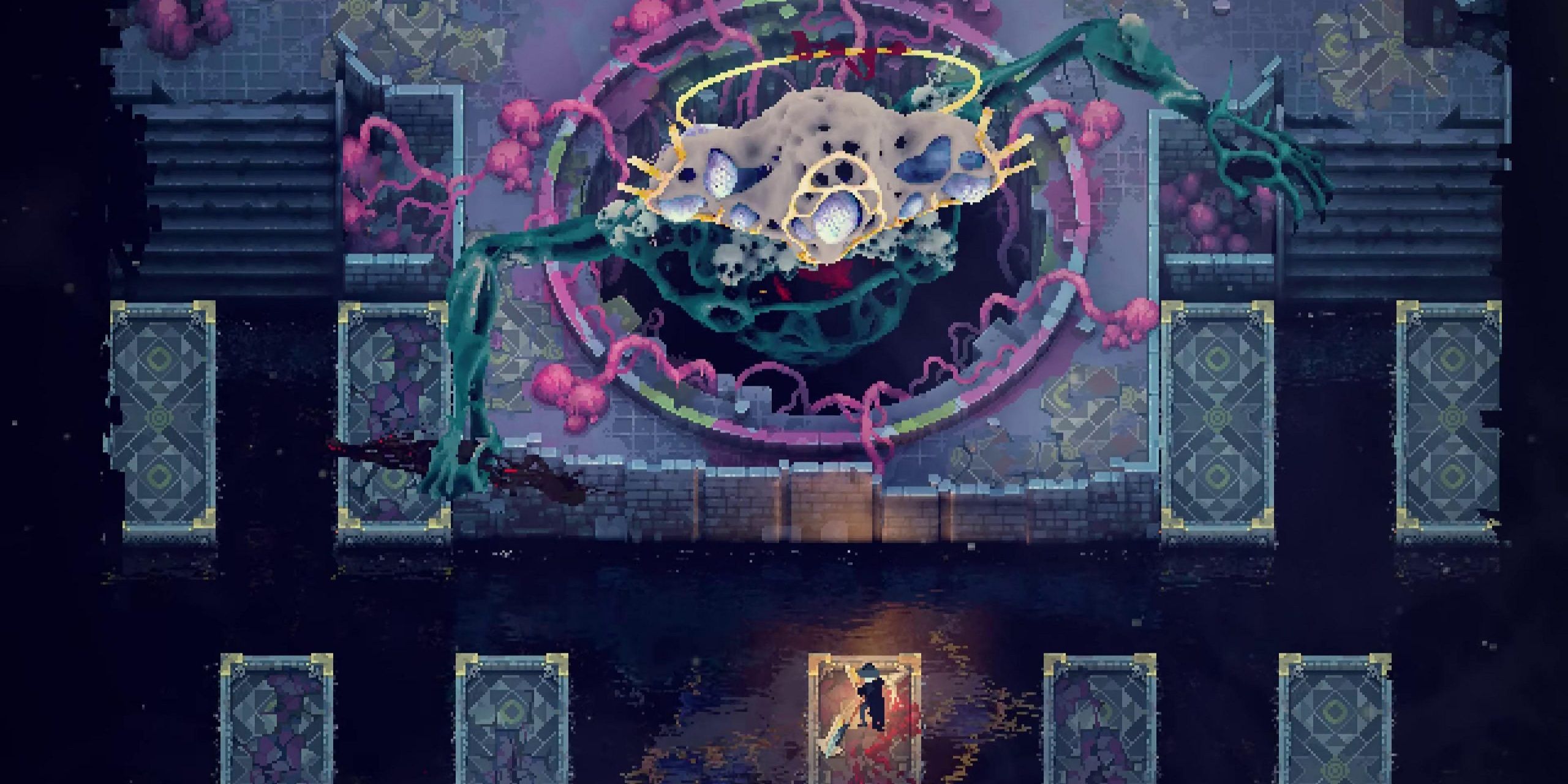 As you traverse Loot River's labyrinth you'll discover several special modifiers that can be applied to future runs by speaking with an NPC in the sanctuary. While it might be tempting to stack as many of these onto your run as you can, it's better to play carefully, as sometimes things can get overwhelming when too many are active at one time.

Instead, try using one at a time to get a feel for the way it will affect a run. Then mix and match later to set up a run that feels right for you. That way you'll be able to exert more control over your run, potentially manipulating things to give yourself an edge against your foes.

3 Don't Be Afraid To Gamble With Your Potions 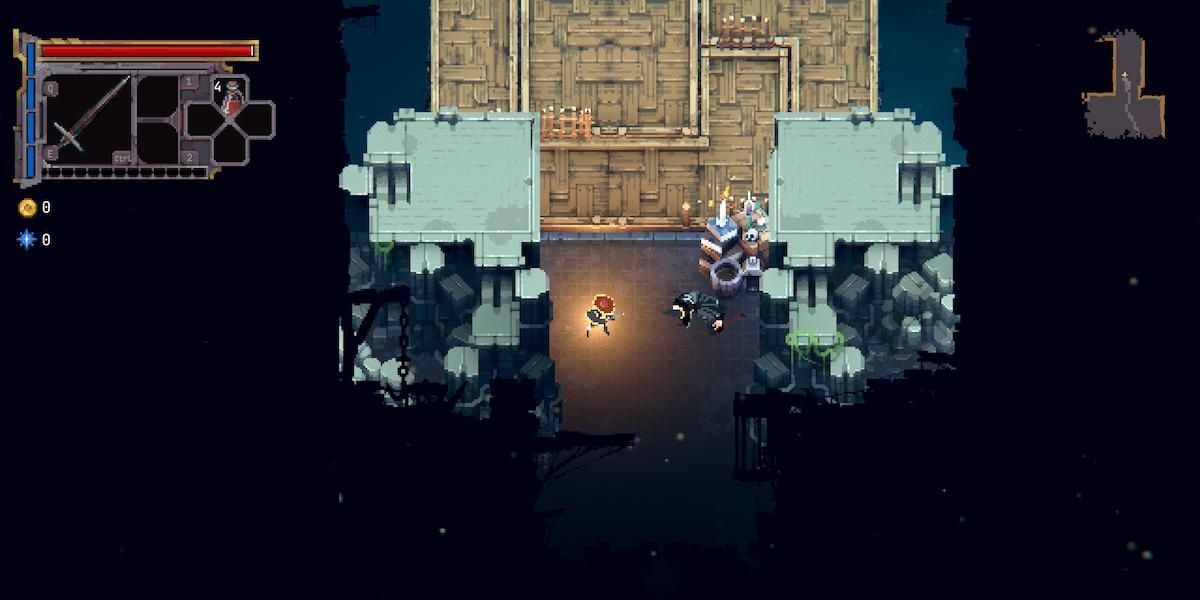 While you can restore your health between each floor, the same cannot be said for your healing potions. Instead, at the start of each floor, you'll be able to "invest" a chosen number of potions with an NPC. Upon returning between floors he'll provide you with double the number of potions you invested with him.

While you can play it safe and just invest one potion, ensuring a consistent two heals per floor, you can reap far greater rewards by playing things risky. Investing three or four potions on early floors will provide massive returns, giving you lots of room for error on the trickier floors to come. Once you feel confident in your ability to clear early floors without healing, be sure to take advantage of this feature as much as you can.

2 Master The Art Of Parrying 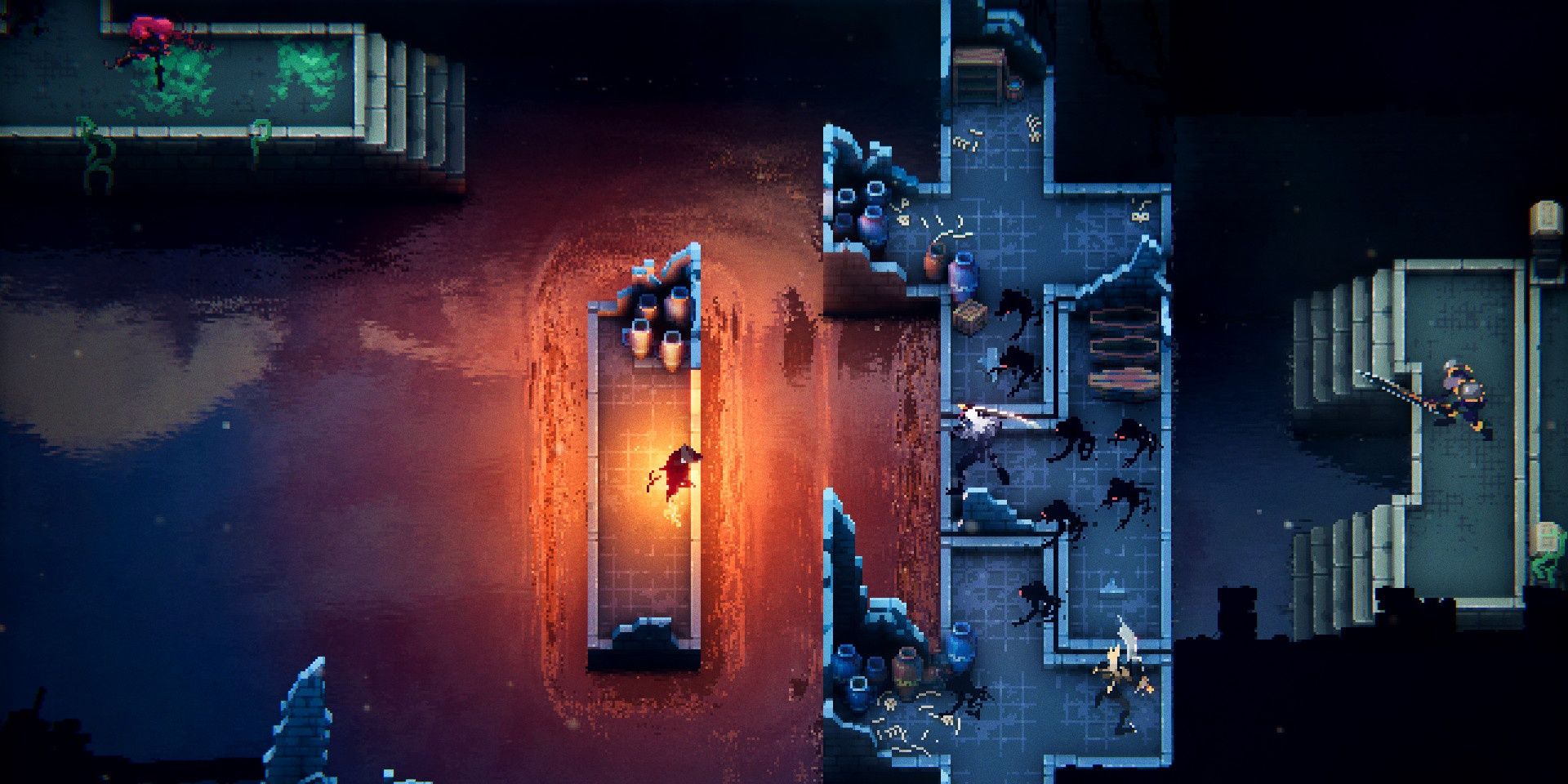 Parrying is a powerful tool in Loot River for those who choose to master it. By landing a perfect parry, you'll stun an enemy and leave them open to a critical attack, allowing you to make quick work of some of the game's more formidable opponents. You'll even get a unique critical animation as a reward!

This takes a bit of practice to get a feel for, but doing so pays off. Especially as you progress further and further into the dark corridors of the game's catacombs. 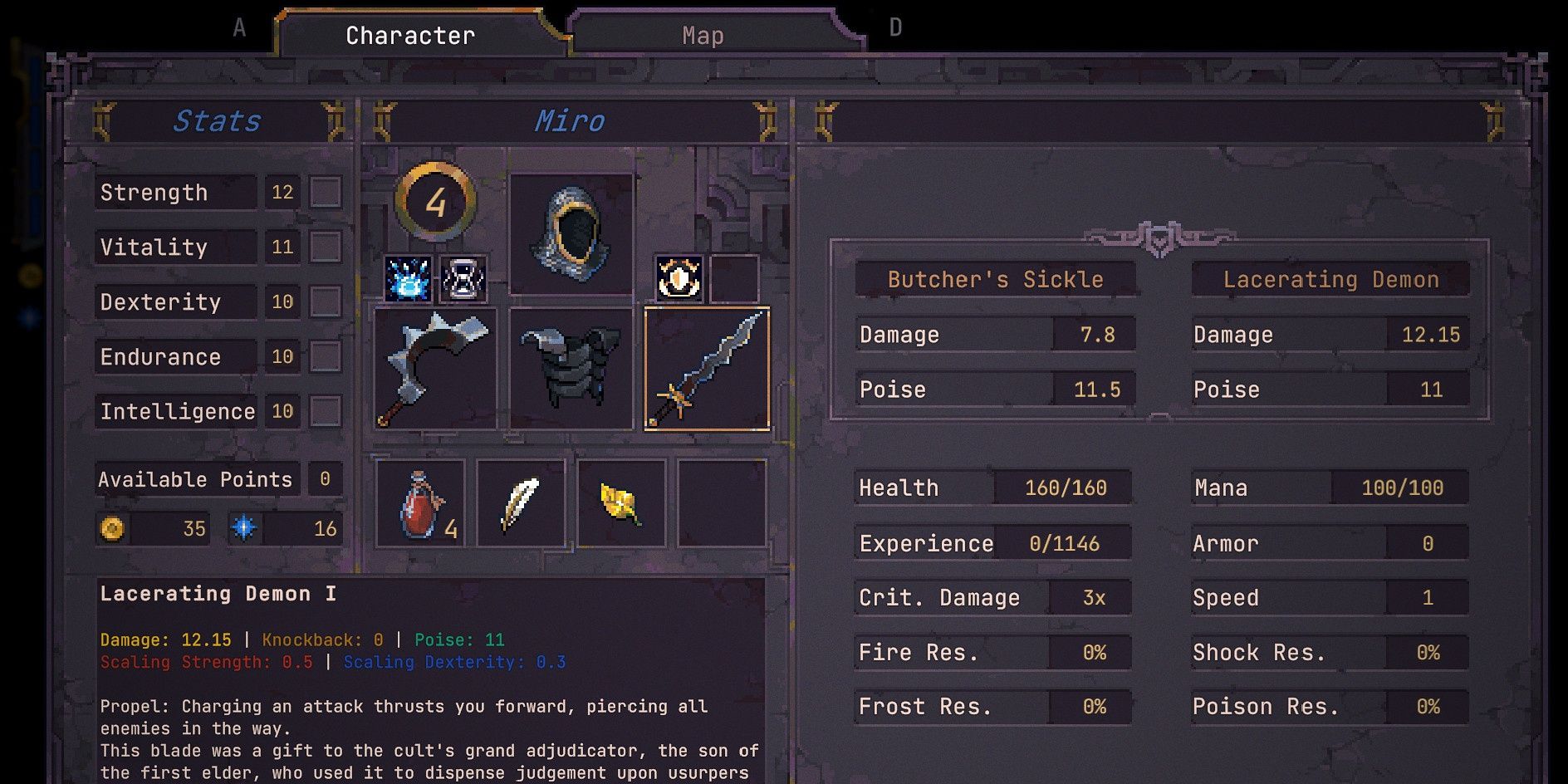 Stats in Loot River affect more than just your health and damage. Be sure to read about each one before making a choice on where you'll put your skill points as you level up. While you'll still want to adjust your build around whichever weapon you're using, certain stats provide other benefits that can be super helpful on your run.

For example, on top of increasing your poise, Endurance will also widen your parry window. Intelligence will increase your crit multiplier, and Strength will boost the amount of knockback your weapons inflict on enemies. A well-structured build can be the make or break factor for your run so put some thought and consideration into each level-up.