You are here:
Home / There’s Too Much Witcher

There’s Too Much Witcher

I love The Witcher. I love it so much I wrote a snog marry kill for The Witcher 3, about how good a character Letho is, and how I’m bringing it to Elden Ring, a completely different game. I went back to read the books, watched the show, the prequel movie, and the prequel limited series, even dabbling with the standalone Gwent game and the comics. There’s so much to dig into across a wide breadth of mediums, but it’s frankly too much. The Witcher isn’t Star Wars, and that’s the last thing I want it to become.

Netflix is desperate to find its flagship franchise. Wednesday looked hopeful, but it might be carted off to Amazon, and while Stranger Things was a smash hit, it’s coming to a close as its cast is growing too old to believably play ‘80s teens. The Witcher is clearly the series it’s clinging onto, even if the lead star is leaving and its world is fairly generic.

As much as I love The Witcher, the further you stray from the core cast, the less interesting it gets. The world is mostly bog-standard dark fantasy, drawing from our own mythology to build up its monsters, while leaning heavily into The Lord of the Rings for its take on Elves and Dwarves. The hook is Geralt, Yennefer, and Ciri, and their troubled little family trying to survive, interspersed with fairy tale riffs and short stories. Deviate from that and you’ll realise just how hollow The Witcher’s wider world really is. 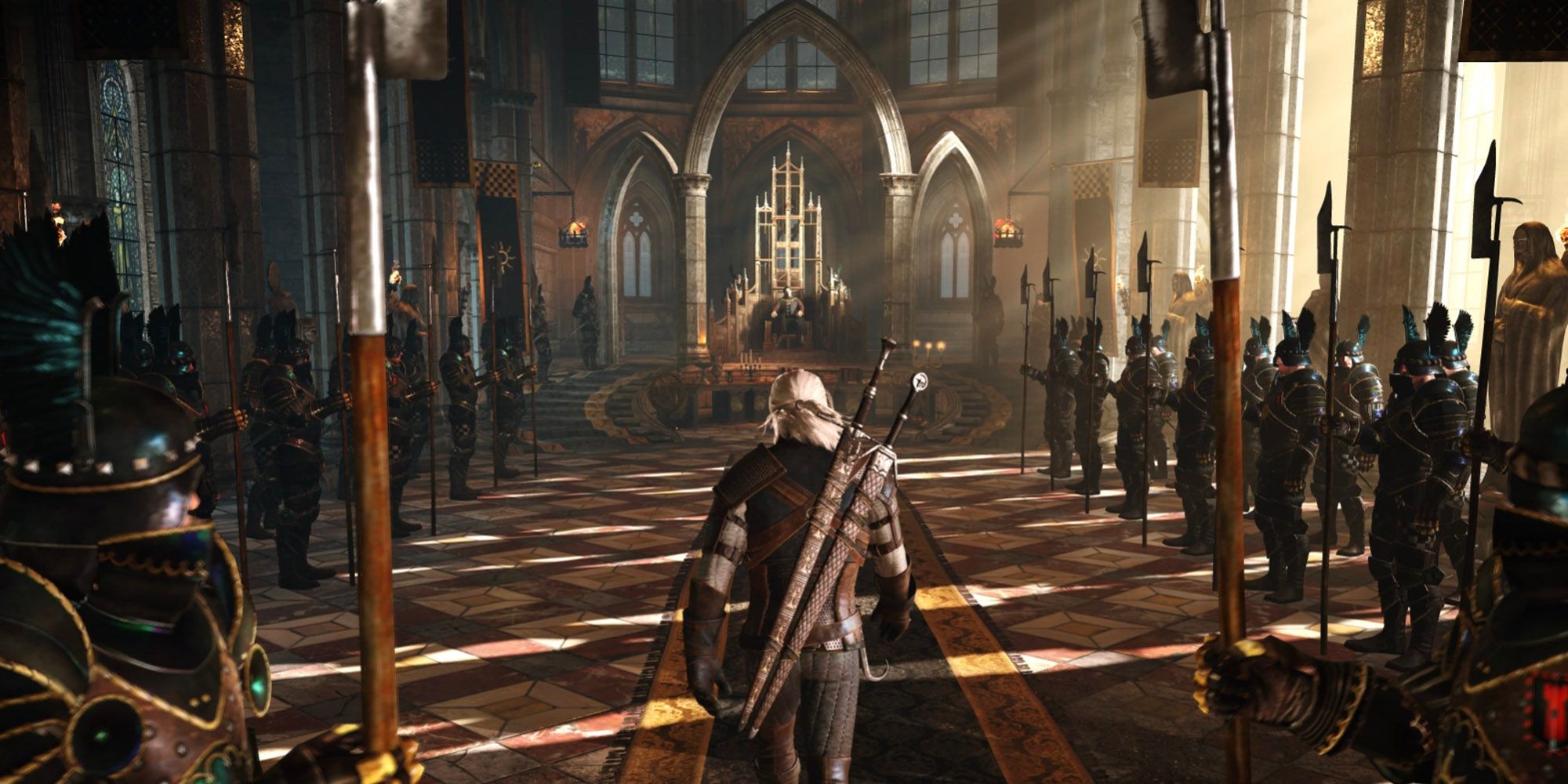 We saw as much with Blood Origin, a prequel series that saw the birth of the first Witcher and the Conjunction of the Spheres, the event that brought monsters to our world. It wasn’t great, and a big reason for that was because it stripped away everything Witcher, leaving behind only the generic fantasy. The Conjunction of the Spheres as an event was something best left shrouded in mystery, a vague exposition-heavy event that hand waves away so many different mythological beings inhabiting one world. Trying to make it anything more than that was always going to feel hollow and cheap, designed simply for the spectacle.

We’re seeing the Star Wars-ification of The Witcher (let’s pretend that’s a real, definitely academic term, and not something I just whipped out of a hat). Instead of leaving things up for interpretation, The Witcher is beginning to fill in every single gap. We saw young Vesemir with Nightmare of the Wolf, and now we’ve seen the birth of the first Witcher. These are things that were already alluded to in dialogue, in the books, games, and show, so we already knew a fair bit about both premises each spin-off was built on.

That should’ve been enough, but Star Wars and the MCU have paved the way for oversaturating their stories with answers to questions nobody had. Spin-offs for everybody, prequels for everything, and absolutely no room to leave people pondering – all it does is turn things stale and repetitive, shifting it from a show written to tell a story to a show built to springboard spin-offs. 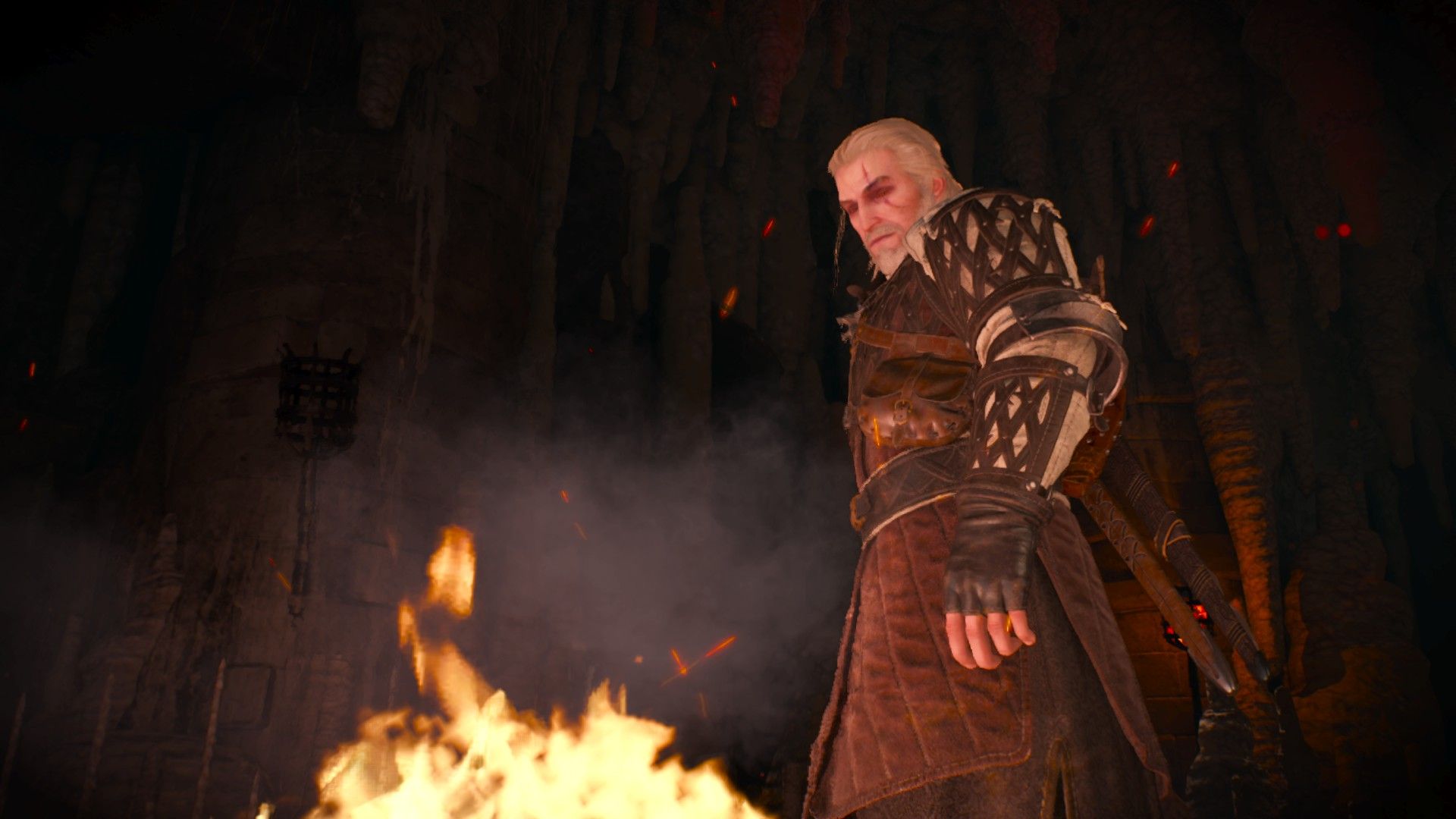 CD Projekt Red isn’t doing much better. There are three main games, but there are also seven spin-offs (that you’ve definitely heard of), an upcoming remake, and two other Witcher projects in development. Then there are comics and a Manga reimagining The Witcher with Japanese folklore. What was once a cult hit fantasy series fairly small in scale is being ballooned beyond its own potential, and the well is already running dry.

What all of this is doing is turning The Witcher from a story into a product, much as Star Wars has gone from an experimental ‘70s fantasy space opera into an agonising cash cow. The only problem is that The Witcher isn’t nearly as popular, and continuing to spread it this thin with diminishing results runs the risk of everything collapsing in on itself. Game of Thrones struggled to return from one bad season, how many bad spin-offs and forgettable games can The Witcher withstand?