You are here:
Home / The Witcher 3: A Guide To King’s Gambit

The Witcher 3: A Guide To King’s Gambit

It’s somewhat shocking how many major world events and political consequences are entirely decided by the actions you take as a single individual in the Witcher 3. But such is the nature of this fantastic game.

One of the big, big decisions you play a role in is deciding who the next ruler of Skellige will be. The side quest King’s Gambit plays a major part in determining who the next monarch will be, and it comes down to who you decide to help in an investigation into a violent event.

At this point, both Hjalmar and Cerys, siblings, have proven their worth and made clear their intention to take the Skellige throne. But, during a feast celebrating their accomplishments, violence breaks out. It’ll be up to you to help solve this crime and determine who will be crowned following these events.

Here’s everything you need to know about the quest King’s Gambit. 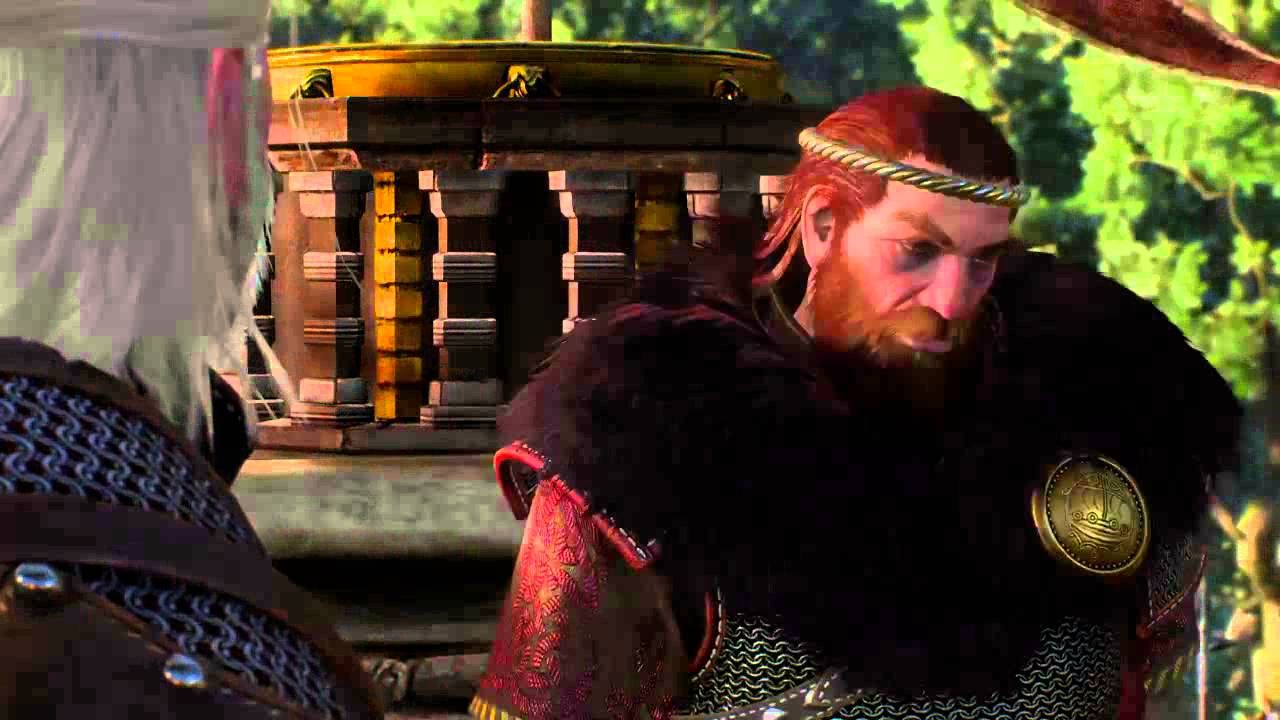 In order to begin this quest, you will need to have helped both Cerys and Hjalmar as part of their respective quests, Possession and the Lord of Undvik. Once those are both completed, you’ll be tasked with collecting a reward from their father, Crach an Craite. This actually registers as the first objective of King’s Gambit. Crach will give you a special silver sword, called Fate, and 500 experience points, but there are some things that will happen first.

It’s important to note that the quests Stranger in a Strange Land and Cave of Dreams will fail once this quest is started. Additionally, this quest itself will fail if not completed before Battle Preparations.

There’ll be a merry feast taking place inside Kaer Trolde, celebrating the triumphs of the an Craite kids. 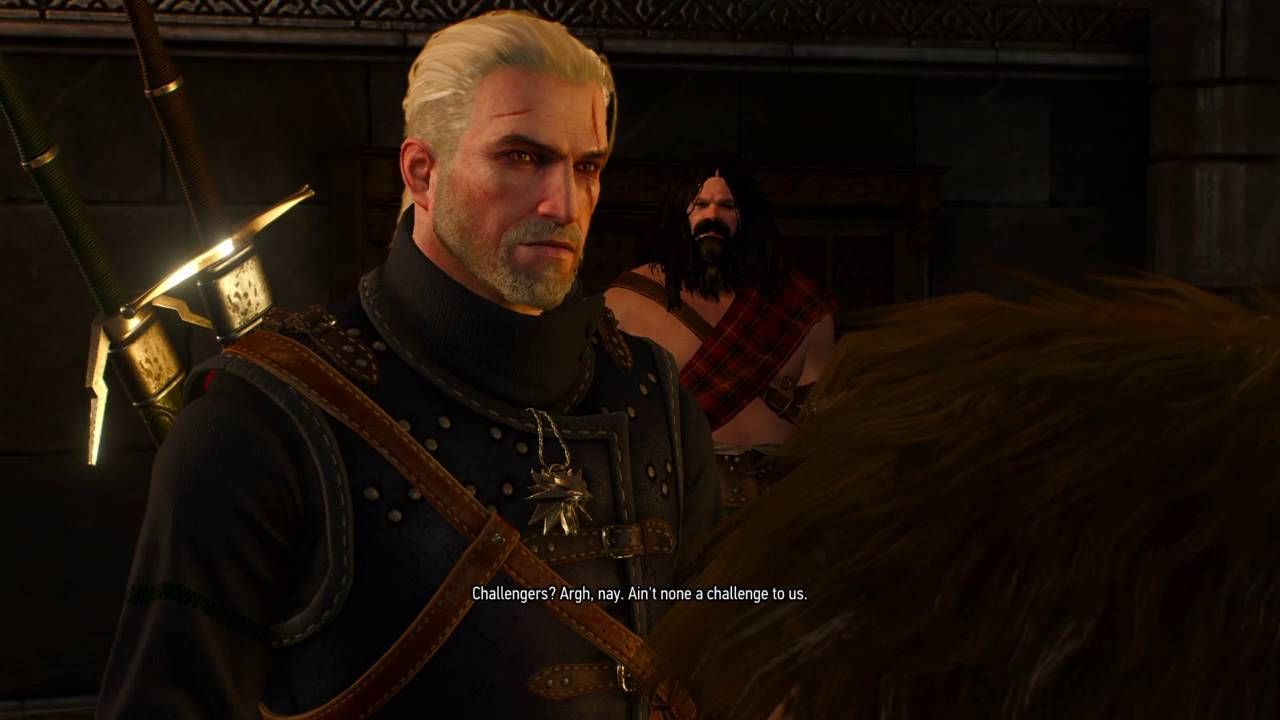 Once inside, there’s an optional quest you can complete. Take on Hjalmar’s bet and defeat the Vildkaarl in a hand-to-hand brawl and you’ll win Hjalmar’s steel sword. If you lose, you either have to sacrifice the sword or pay for it (350 Crowns).

If you feel confident in your brawling abilities, you can take on the various opponents here for some experience points. Be careful, as they hit pretty hard and are capable of countering your attacks if you spam them. They like to throw a heavy hit after you regain control after being countered, so counter in return and keep hitting them until they go down.

It’s important to note that you must complete this fighting sequence before you approach Crach, as it’ll lock you out of being able to participate in the brawls. 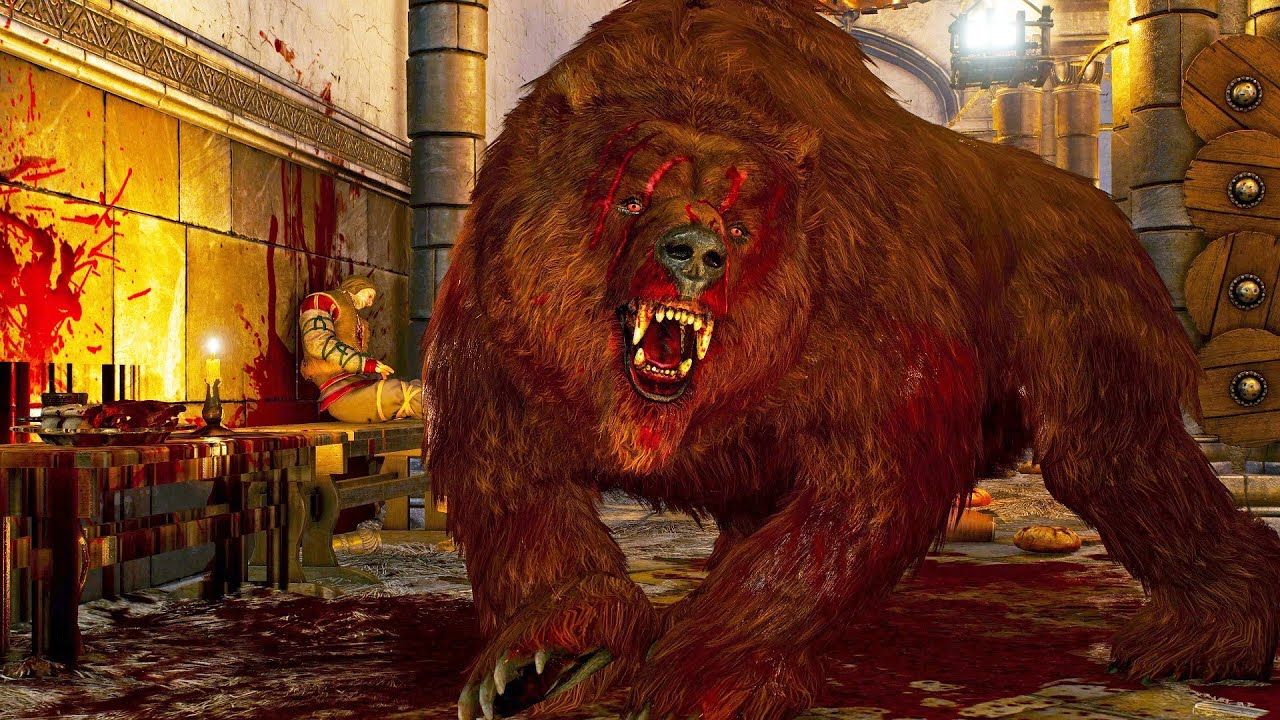 Approach the room where Crach is waiting for you and a cutscene will start. In this scene, Birna Bran storms in and insists that Svanrige, her son, should be king, given his hereditary lineage from the recently-deceased king Bran Tuirseach.

At this point, you can speak with Crach and receive your sword and experience points. Immediately after, you’ll hear some people chanting for Madman Lugos and then some screams and what sounds like large animals. Head back out into the main room and you’ll see three bears massacring the place. These are actually berserkers — like werewolves, but people that turn into bears instead of wolves — so you’ll need to use a silver sword if Geralt doesn’t unsheathe one automatically.

After you defeat the berserkers, Cerys and Hjalmar will both want to find the culprit. 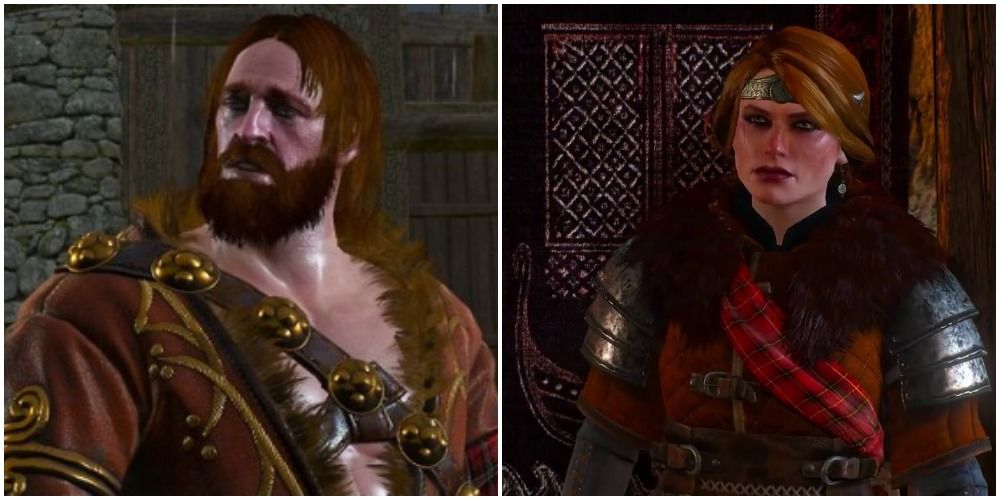 At this point, you’ll need to decide if you want to help Hjalmar or Cerys. It’s important to think about this choice because it isn’t as simple as determining how to solve this crime — who you decide to help will, amazingly, become the next monarch of Skellige. Should you decide to not help either of them, Svanrige will take the throne.

Warning: Spoilers! Cerys will rule the isles with care. She unites the clans and strikes hard against Nilfgaard. Skellige becomes strong, united, and prosperous, and the people benefit from her rule as the first queen of Skellige. Should you choose Hjalmar, he’ll attack Nilfgaard right away before his people can be united. Many lives will be lost, and the clans will remain scattered. Svanrige will bow to the Nilfgaardians easily and will be a very weak ruler. He’ll rally the jarls and force them to accept the new hereditary line in the monarchy. Meanwhile, Skellige suffers under his rule and his people go hungry.

Option A: If You Choose Cerys 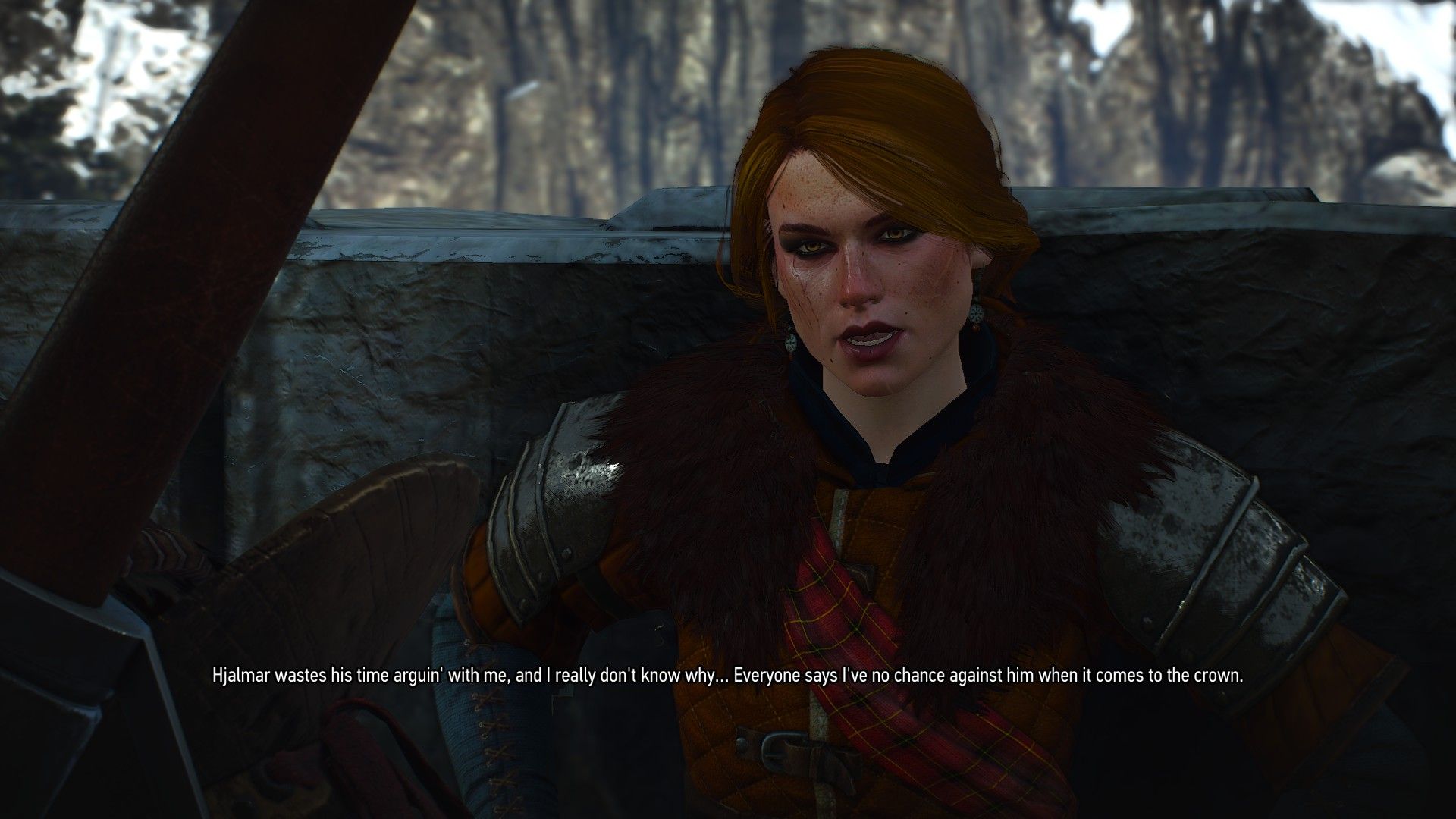 If you choose to help Cerys, you’ll begin by looking through the hall with your Witcher Senses. Geralt will determine that the bears are berserkers and that the mead they were drinking doesn’t smell right. Apparently, the mead they drank contained some sort of mushroom, so follow the smell to a horn that was used to pour the drinks. These mushrooms are Mardroeme and they can apparently cause people to turn into animals, which suggests these berserkers were born from this drink.

Cerys and Geralt will guess that the drinks were spiked, so they’ll head down to the wine cellar and find the barrel that contained the poisoned brew. Someone will attempt to assassinate you and Cerys by blowing up some Mahakaman spirit. Use Aard to blast away some barrels and enter the secret passage. You’ll find a place of power here, which you cannot access if you help Hjalmar instead.

Return to the cellar at Cerys’ suggestion and find a new trail. Follow it to a piece of discarded thread that Cerys says would have come from Arnvald, the man who escorted you at the beginning of the quest. You’ll need to chase him on horseback.

If you keep up with him, you can strike him and he’ll fall off his horse, vulnerable to your capture. If you don’t catch him in time, you’ll have to track him down just to find his body. If you manage to chase him the entire way without knocking him off his horse, you’ll come upon some Tuirseach warriors who will kill him. You’ll have the ability to save him if you choose to. If you find him dead after not keeping pace with him, you’ll have to investigate his room to find a letter explaining how to poison the mead.

Regardless of how you handle this portion of the quest, Cerys will determine the mastermind behind the attack to be Birna Bran. If Arnvald is alive, he’ll produce a letter. Either way, Birna Bran, after some cutscene portions, will be chained to a rock as punishment, and Cerys will become the first queen of Skellige.

Option B: If You Choose Hjalmar 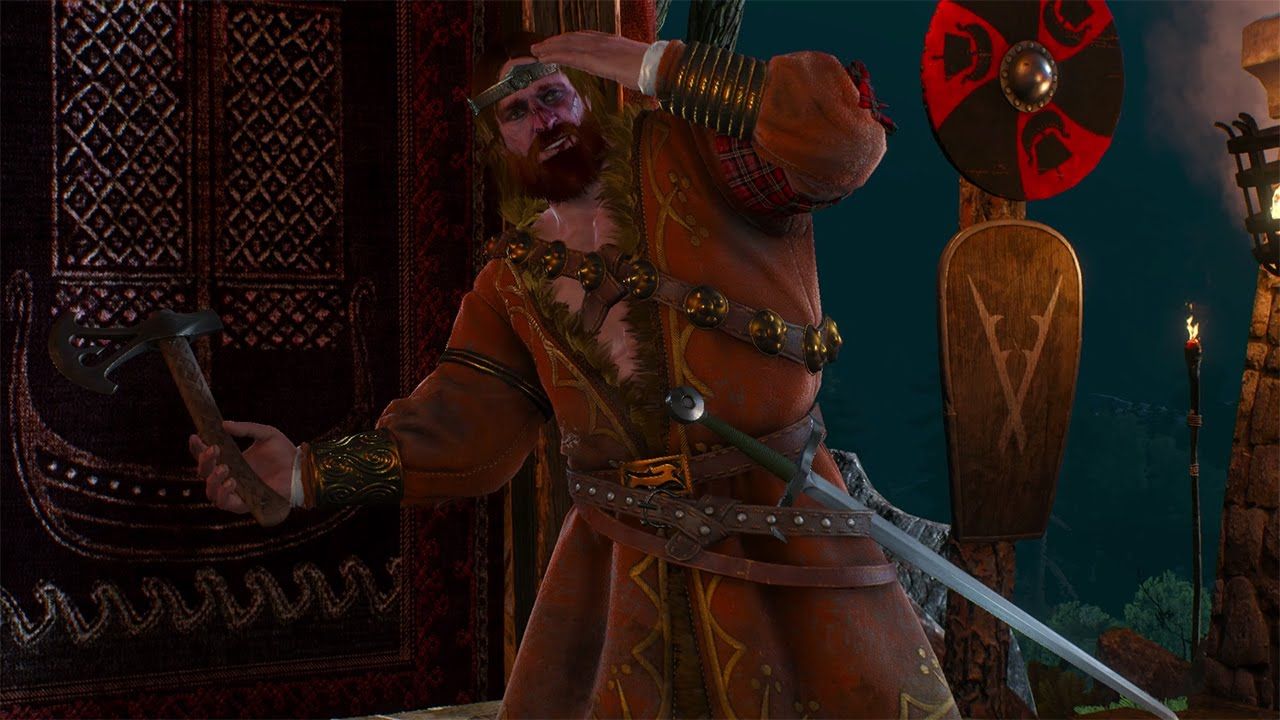 Note: if you side with Hjalmar, you will miss out on a Quen place of power and the resulting skill point that comes with it. If you want to help Hjalmar, head to the Fornhala, which is a village that will be marked on your map.

Investigate in the area that Hjalmar tells you about. You can then examine the shrine here, which he’ll remark is for Svalblod, a forbidden god that demands human sacrifice from its followers. You’ll find a scent with a trail to follow using your Witcher Senses. You’ll find a body and some footprints to follow. Do so and you’ll find a hidden entrance under a bearskin rug.

Hallgrim will be here, introducing himself to you. You’ll have to fight him and he’ll turn into a bear. Afterward, you’ll see a cutscene where a druid named Artis performs a strange ritual. He won’t tell you who is behind the attacks, but he will attack you. Defeat him and the bear he summons, then find a letter on his body revealing he would have been appointed to a nice comfy position in the monarchy’s administration if he helped cause the massacre.

However, you won’t find out who really caused the attack if you side with Hjalmar. After this, the an Craite name will be cleared, and Hjalmar will become king. 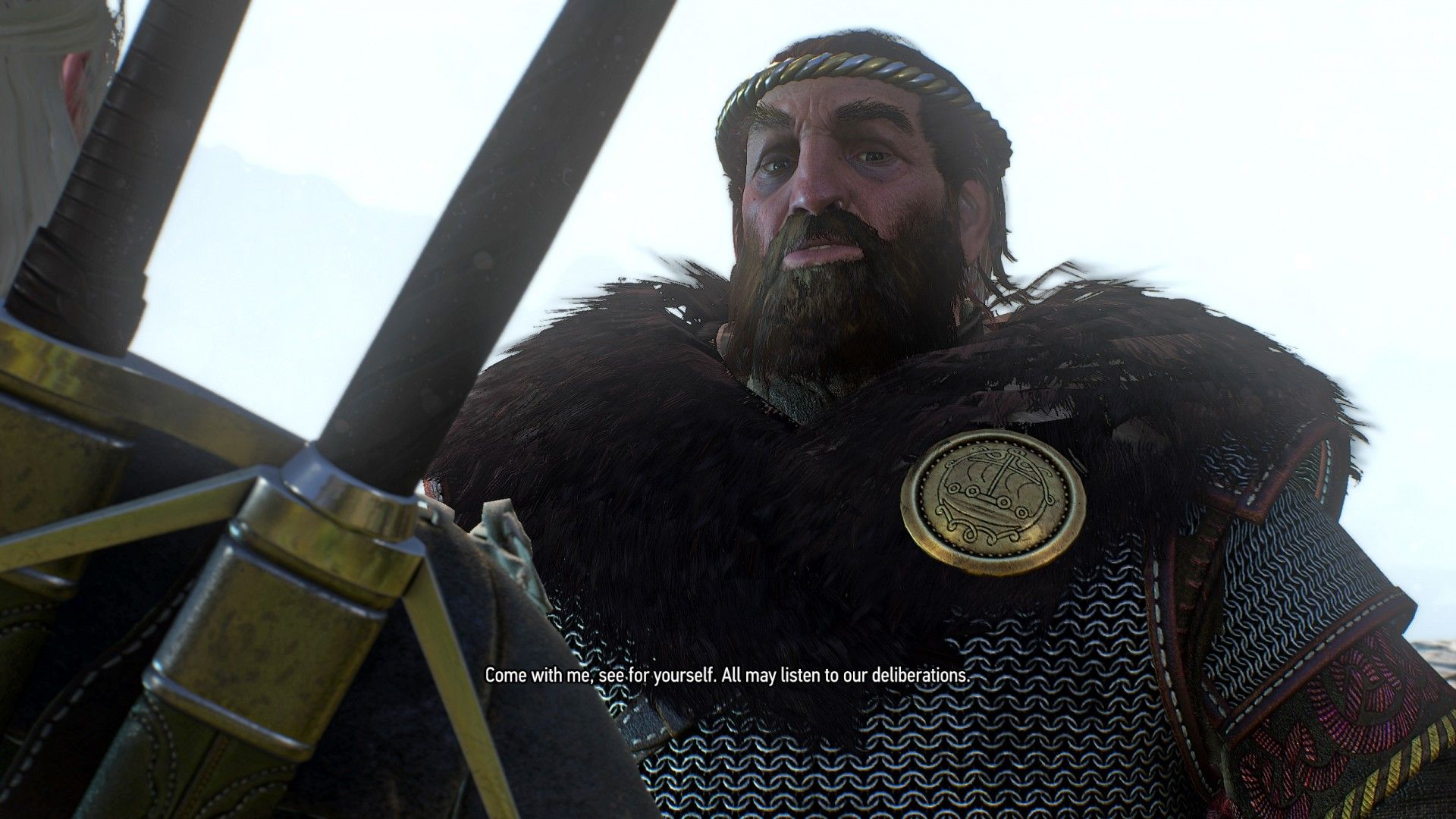 You earn quite a bit of experience for completing this quest. You’ll earn 500 for reporting to Crach at the beginning. If you defeat the Vildkaarls, you can earn up to 150 experience points. After defeating the berserkers, you’ll net another 300.

If you help Cerys, you’ll get another 900 total for various objectives throughout the remainder of the quest. Helping Hjalmar will also net you a total of 900 experience points. You’ll also receive the crossbow titled Death From Above regardless of who you help.

Whoever you decide to help will go on to become the next ruler of Skellige. This quest will end and the next will begin, called Coronation. That quest is a pretty easy one, mostly consisting of cutscenes showing the crowning of either Cerys or Hjalmar.

NEXT: The Witcher 3: How To Complete Shock Therapy 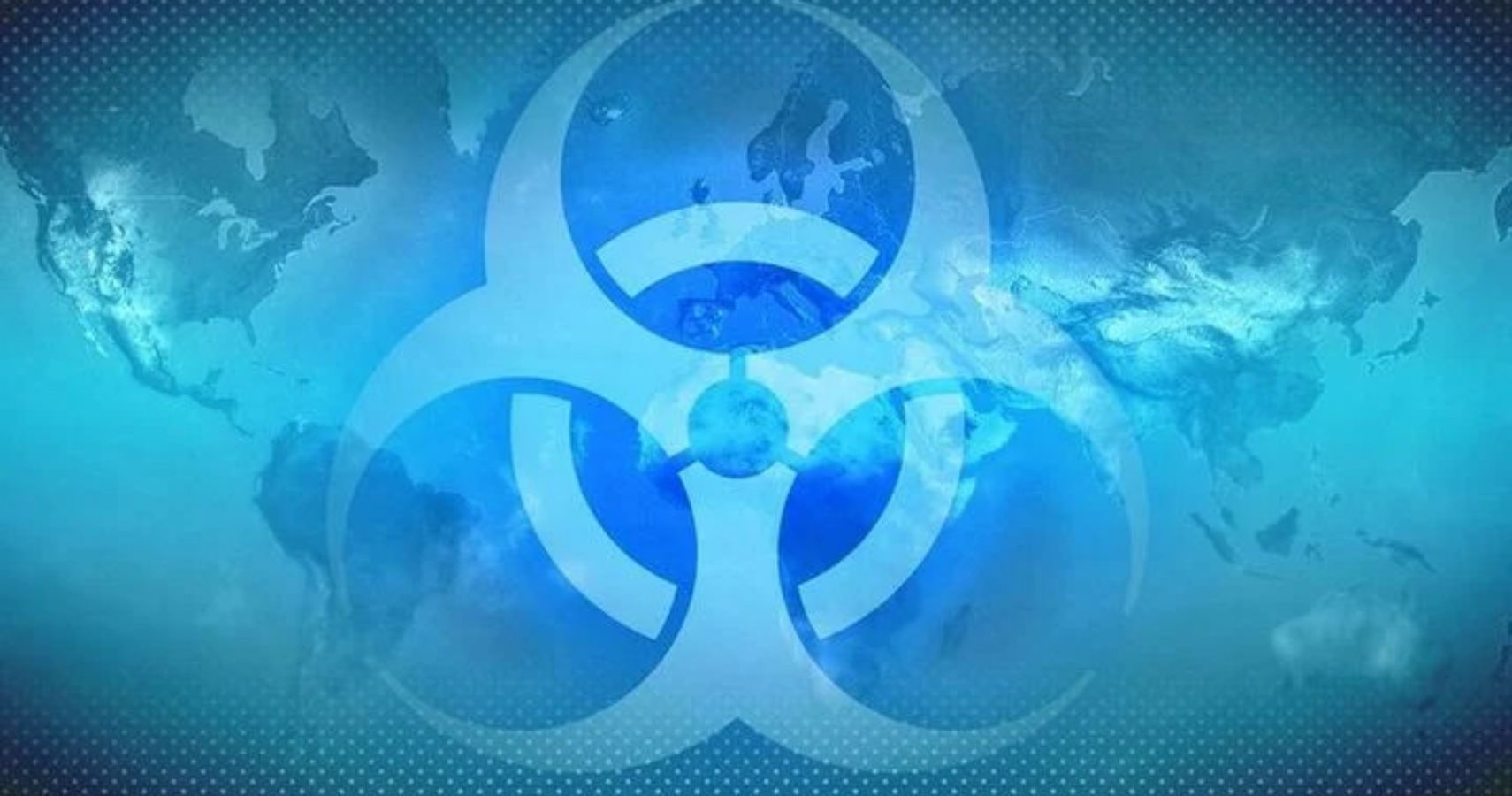