You are here:
Home / The Wii U Was Good Actually

The Wii U Was Good Actually

The Wii U is often seen as the black sheep of Nintendo consoles. Released between the much-loved Wii and equally adored Switch, it’s mostly known for its ridiculously oversized gamepad and lacklustre launch lineup. However, as this neglected middle console turns ten, I want to tell you all about why the Wii U was good, actually.

Even as a firm defender of the Wii U, I’m very aware of its faults. The gamepad is size of half a dozen regular Wiimotes stuck together, the battery life is pathetic, and you can only use it as a handheld console if you are in the same room as the Wii U itself (and have hands the size of snow shovels). It has some issues for sure, and that’s before we even talk about the launch titles. No Zelda, Animal Crossing, or Pokemon to be seen. Nor did we get Mario Kart or Mario Party. Heck, we didn’t even get Donkey Kong or Kirby. All Nintendo gave us in terms of its own creations was New Super Mario Bros. U and Nintendo Land. But the thing about starting from the bottom is that the only way is up.

The Wii U had a lot to live up to and, in many ways, was always going to struggle against the might of the Wii. Its predecessor captured the hearts of gamers and non-gamers alike in a way no one expected. It was starting on the back foot but it did sincerely try to keep the core of what was great about the Wii and build upon it. 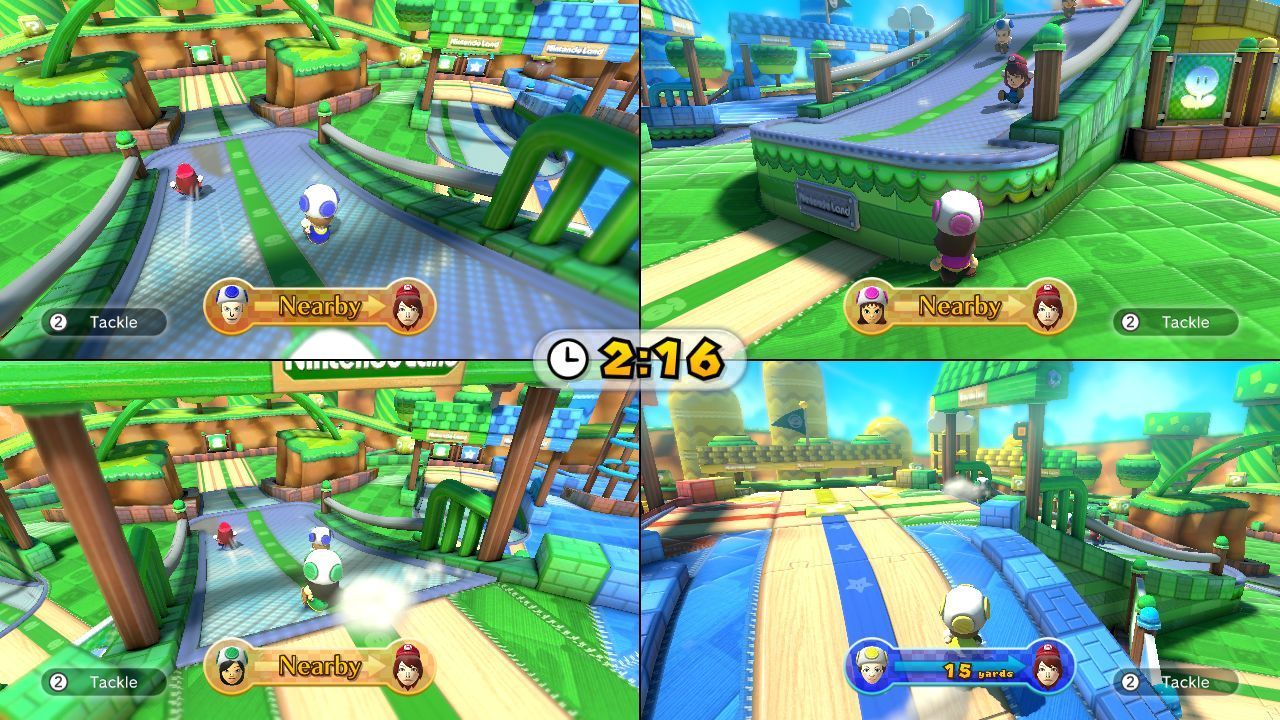 The gamepad may be clunky and have the battery life of a half-dead TV remote, but the idea of having a separate screen for one player was incredibly underutilised. Nintendo Land may be pretty basic on the surface, but as a family game, it was a lot of fun. Hide and seek where the hider has their own screen and can’t be seen by others? It makes a huge difference. Although certain people decided that the hider seeing the seekers was also cheating, so the hider had to sit in a chair facing the wall in my house!

Nintendo Land comprised a range of games that used the two-screen technology to show off what could be done. It was just unfortunate that this support wasn’t used extensively elsewhere. There were several games that cleverly displayed information that may normally clutter your screen on the gamepad, such as Monster Hunter 3 U, which moved the HUD, Splatoon which showed maps on it, and Super Smash Bros. U which displayed health data at your fingertips, but nothing all that revolutionary.

Games like Star Fox Zero went a step further and allowed you to aim with the gyro functionality, while Super Mario 3D World used it to help you locate green stars. When games went all in, like Lego City Undercover which used it as a map, scanner, and video call receiver, it can add a new dimension to them. It’s just a shame that the technology never caught on. I’d love to have seen the dual screen idea retained with the switch, offering a crystal clear second screen on the handheld, while the dock displays on a TV or monitor.

The Wii U gamepad could also be used to run full games, a precursor to the docked and undocked states of the Switch. However, the technology hadn’t caught up with the vision and you had to be in the same room as the main console, usually very close and still connected by a wire. While frustrating as a design idea, for many in my household it was perfect. The Wii U was launched when I had young children who loved the Wii’s Peppa Pig and Dora games. Thanks to backward compatibility we were able to set them up playing those on the Wii U while we watched TV, or played something else on a different console. Being trapped in the same room is less of an issue when the person playing is a toddler, and you absolutely wouldn’t trust them to take the gamepad out of your immediate sight anyway. 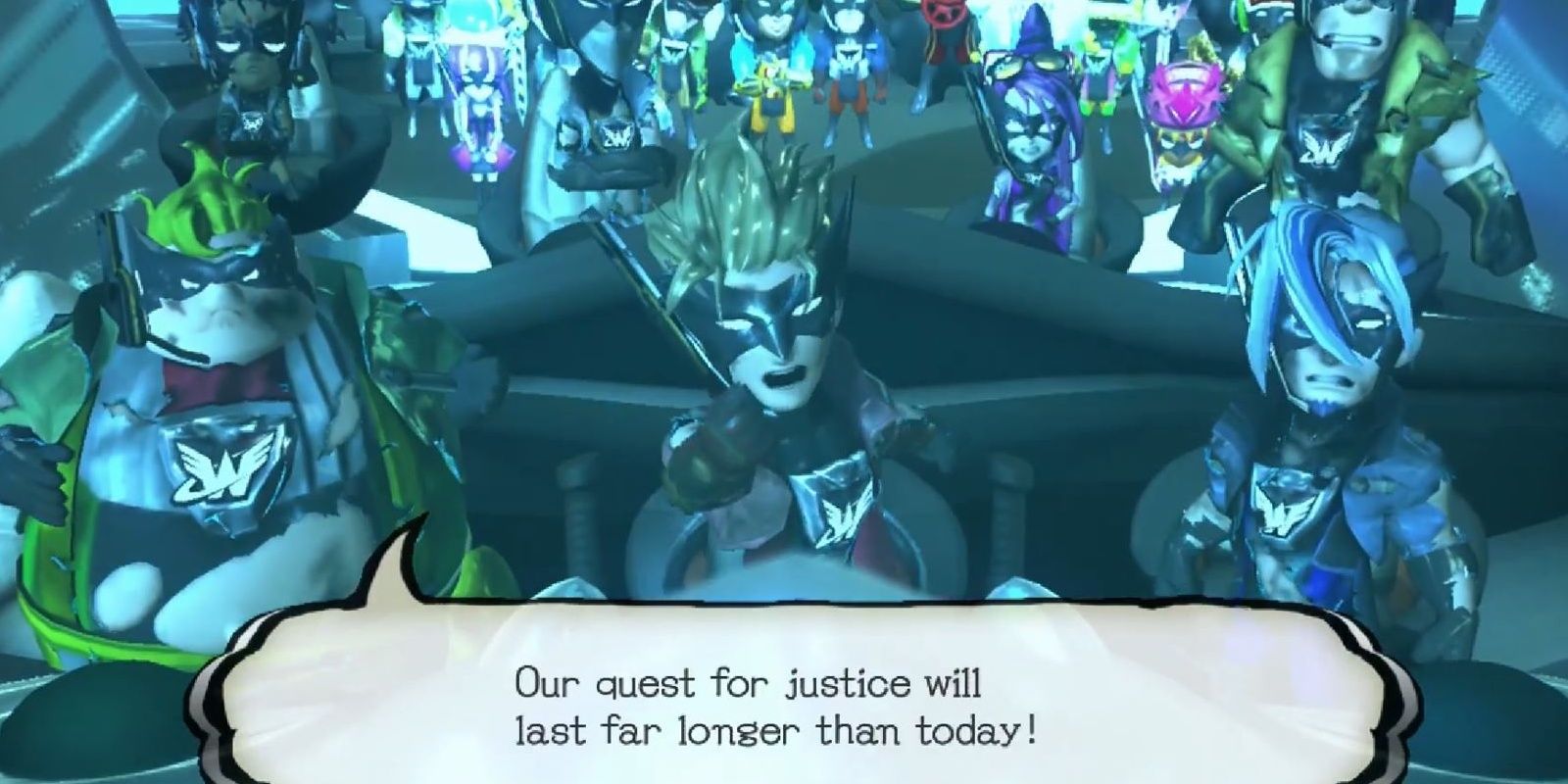 The Wii U also made up for its poor launch lineup with two things. The first was the incredible ease of playing Wii games on it. They played as easily as they did on the Wii, and you could even use the same remotes. Nothing felt wasted as you got a little performance upgrade but didn’t have to go and purchase three more controllers to play with your friends. The Wii U did everything the Wii did, and more. It just didn’t do it flawlessly.

Over time the Wii U got its lineup nicely extended, too. Wario, Kirby, Pikmin, Just Dance, Rabbids, Pacman, Donkey Kong, and of course more Mario, all came to the console. We think of Breath of the Wild as heralding the launch of the Switch, but it landed on the Wii U the same day too. Even Animal Crossing was present, kind of. It depends if you count Amiibo Festival as an actual game. We also got some other gems like Wonderful 101, and ZombiU to round out the roster.

The Wii U’s main problem is that it was just too early. The dual screen feature combined with technology like the Switch may have had a different narrative. The Wii U suffered for doing great things not particularly well, focusing on what it wanted to do rather than what it was capable of doing, a story of good ideas with poor execution. Despite this, it doesn’t deserve the hate. It may be janky, but I still love it. Everything the Wii did, so did the Wii U, and it added more besides. While it’s outshone by both the Wii and the Switch, I’d rather see a console manufacturer continually innovate and occasionally miss a swing, rather than one just focusing on making everything faster and shinier. Nintendo continues to push for new ideas and whatever it comes up with I’ll take it any day, good or bad. It’s all part of the journey.