A key part of playing The Sims 4: High School Years is letting your imagination run wild. But taking pieces of other people's imaginations – particularly those that appear in popular movies, books, television shows, and other games – and incorporating them into your Sims universe can be just as fun.

The creators of The Sims have always possessed a wry sense of humor when it comes to sneaking Easter eggs into their in-game storylines and items. The Sims 4: High School Years is no exception, and the trained eyes of loyal players will easily spot several youth-related name-drops as they send Sims to class. Here are some references to watch out for. 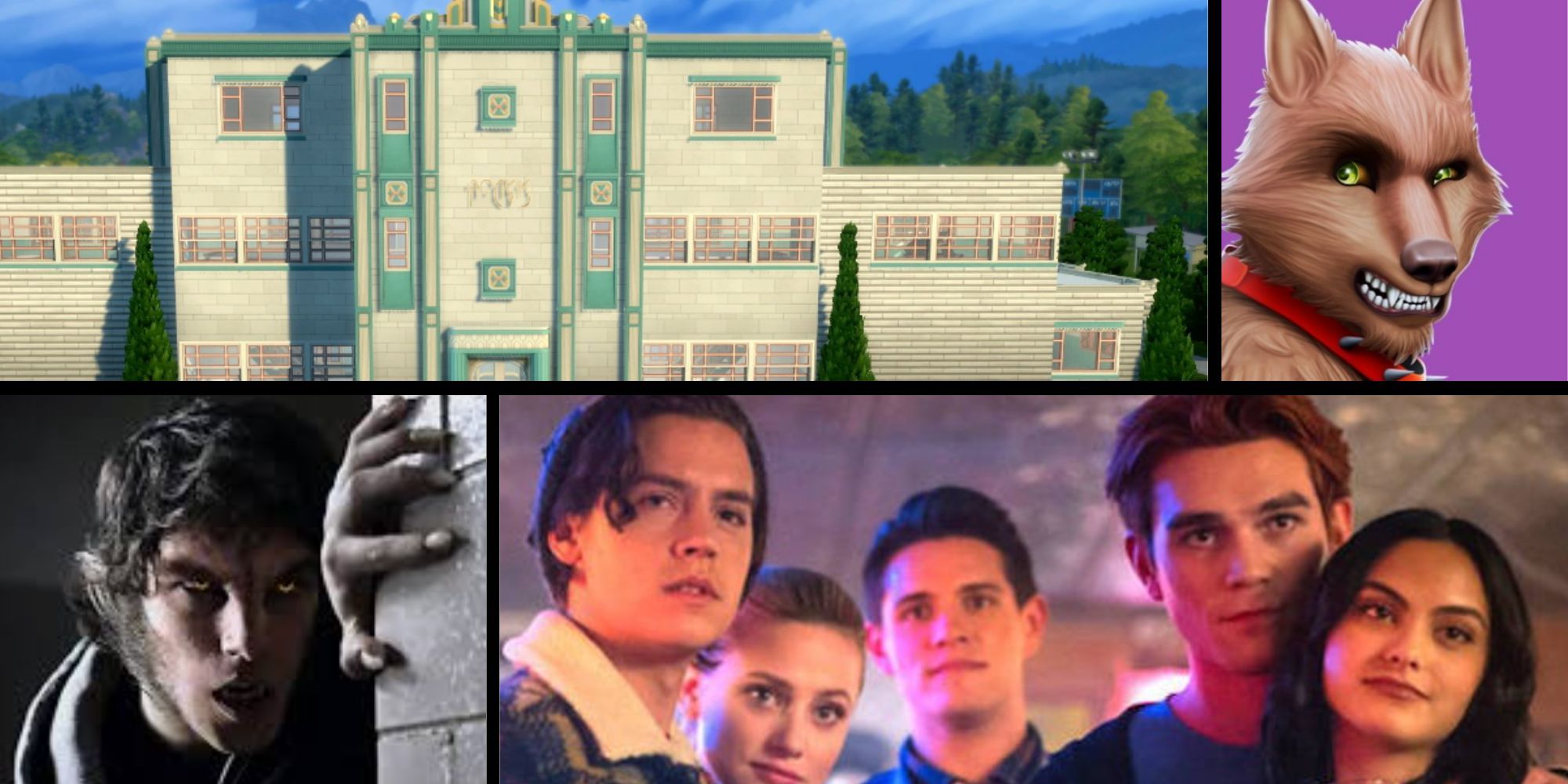 Networks like The CW have long been known for hormone-filled teen romances and sinister supernatural plotlines. High School Years brings this moody aesthetic into its gameplay largely through the urban tales that permeate the Sims town of Copperdale.

A riff itself on the popular show Riverdale, Copperdale is home to a rich mix of teenage characters with interesting backstories. If you have The Sims 4 Werewolves expansion pack, you can even add a werewolf teen to your class roster, an obvious throwback to MTV's Teen Wolf series and the '80s movie before that. 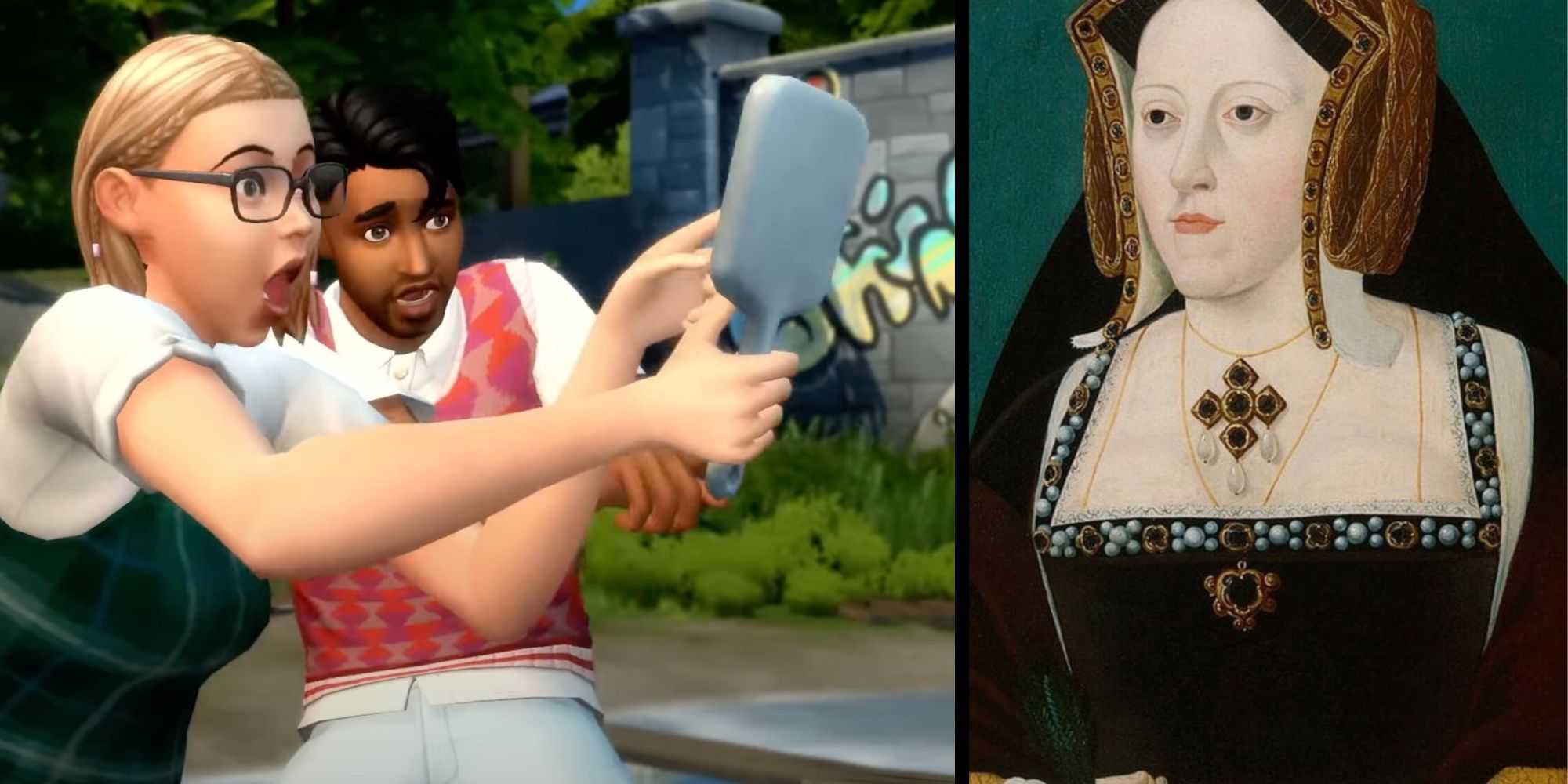 The infamous Bloody Mary ritual takes center stage at Copperdale High. Sims with a high Mischief skill can select the "Summon an Urban Myth" action and see it for themselves. Initially positioned as a prank on other unsuspecting Sims, when done three times, Sims may actually die of fright.

Based on the mythologized real-life of Mary I, Queen of England, the Bloody Mary legend claims that practitioners will view the ghost of the murderous ruler after chanting her name a certain number of times (accounts vary as to the exact amount). If you're too nervous to see if this summoning works in real life, try it out on a Sims character or two. 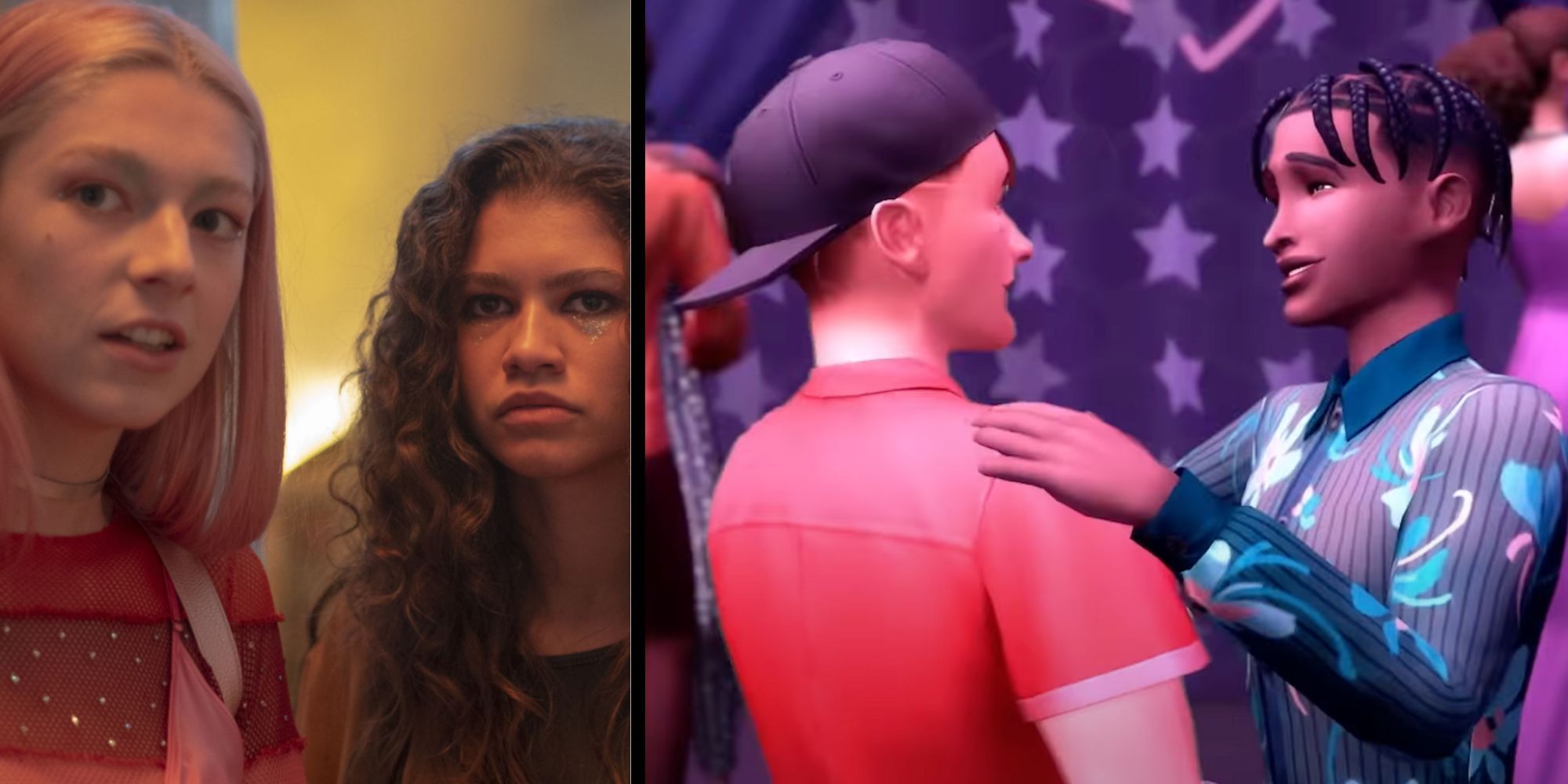 Similarly, High School Years introduces a wider variety of gender identities and sexual orientations. Sims can now hold certain preferences for who they crush on or be in the process of exploring their sexuality via interactions with other Sims. 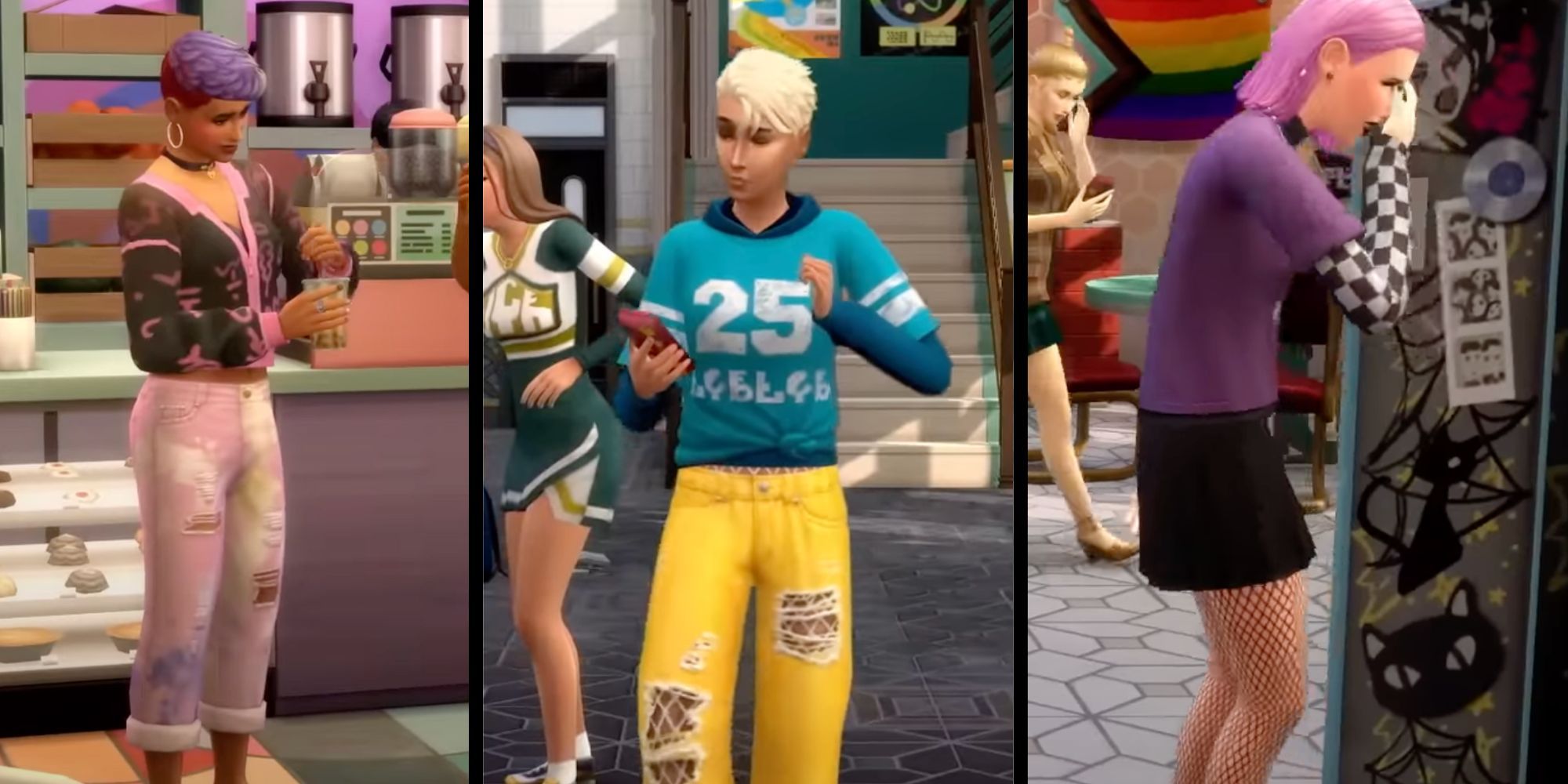 In this expansion pack, Sims can adopt a variety of different fashion styles to express their newfound independence as teenagers. Many of these styles speak to Gen-Z fashion terms and affectations.

Collaborating with Depop for some of the bolder fashion choices, the pack includes overt references to Dark Academia (a popular subculture on Tik Tok), Kawaii (a visual style originating in Japan), and Y2K (a style that is pretty much….exactly what it sounds like). Who knew that The Sims could provide insight into what the "kids these days" are wearing? 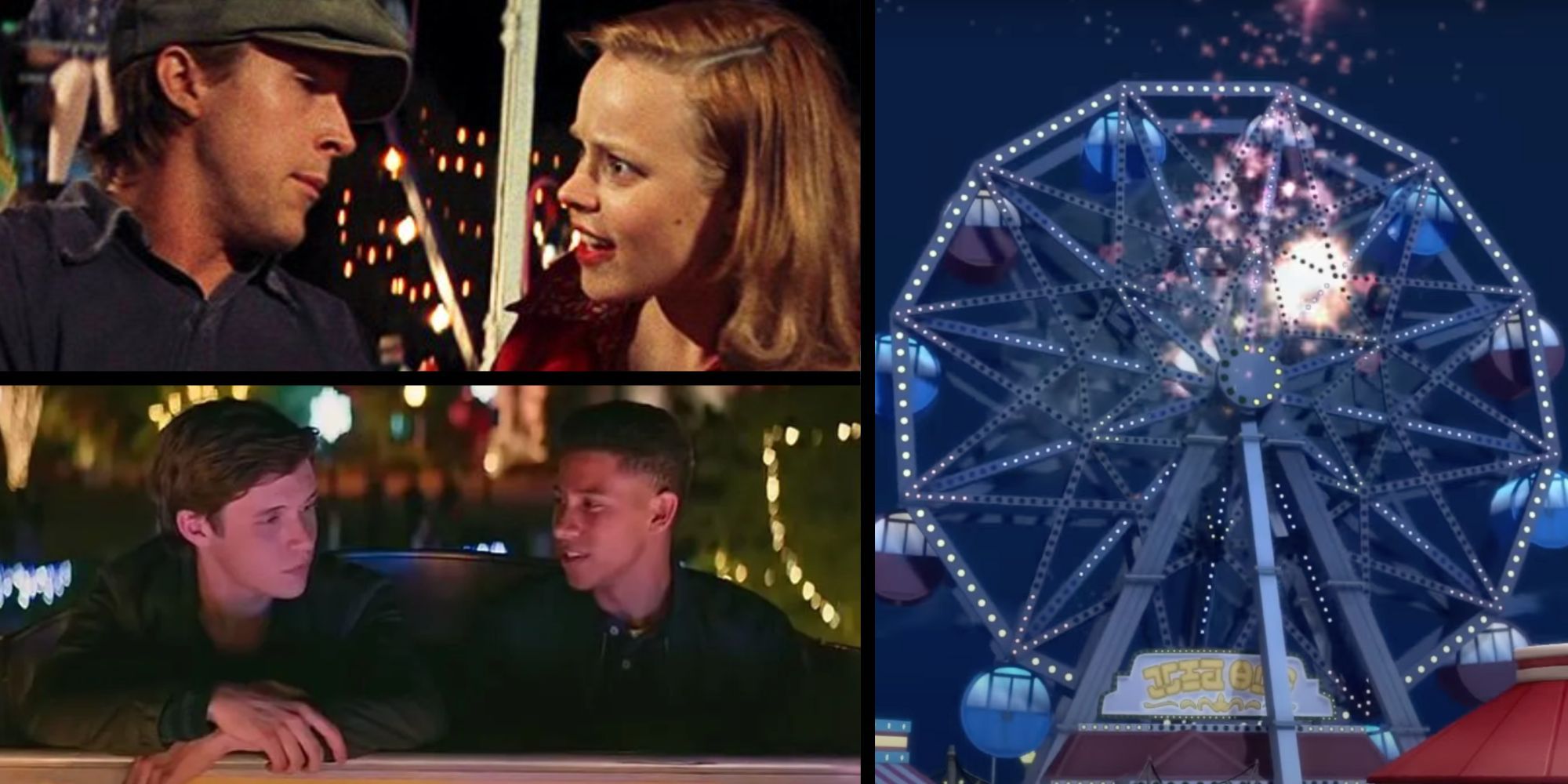 A staple of romantic books and movies is often the epic Ferris wheel ride that furthers the central relationship. For lovebirds in The Notebook and Love, Simon, a Ferris wheel ride sets the stage for further professions of undying love, tragic separations, and, of course, make-out sessions.

In The Sims 4 – High School Years, Sims can visit Plumbite Pier, the teen hangout of choice for high-school sweethearts and wannabe lovers alike. Have your Sim take a ride on the Ferris wheel and initiate one of the many available Romance actions. You may just end up with a new special someone. 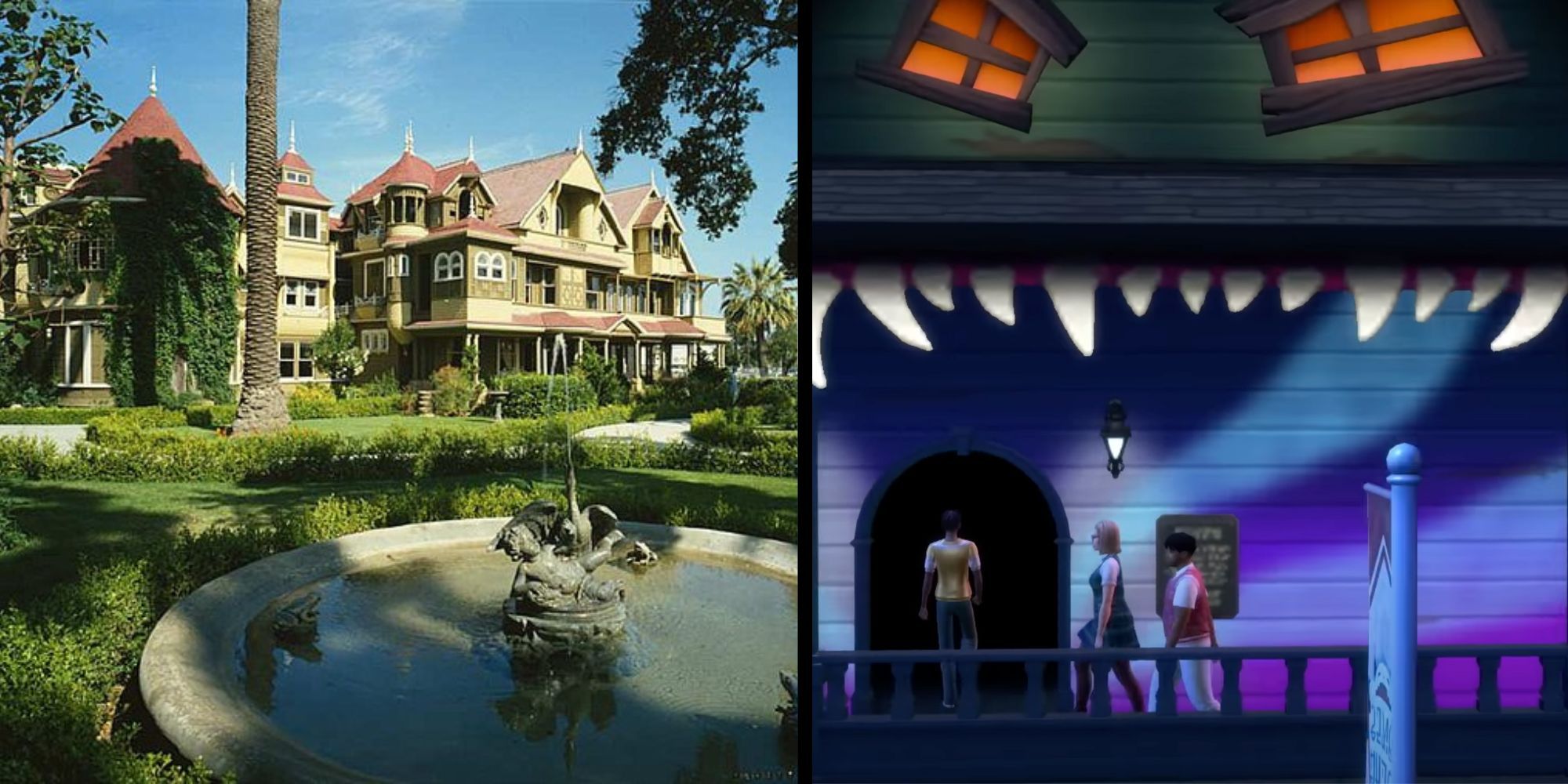 Have you encountered Jasper, the Prescott family's ghost yet? Turns out he probably comes from a 1942 cartoon titled Jasper and the Haunted House.

In Copperdale, Jasper's spirit resides in the Boomsbluff Mystery House, a small cabin near Prescott Square. A subtle reference to the Winchester Mystery House located in San Jose, California, Jasper's otherworldly home lacks the sprawl and elegance of its namesake.

Similarly, the scary ride located at Plumbite Pier evokes images of old Scooby-Doo, Where Are You! cartoons. You can almost imagine The Mystery Machine van dropping off a motley crew of young sleuths in front of it. 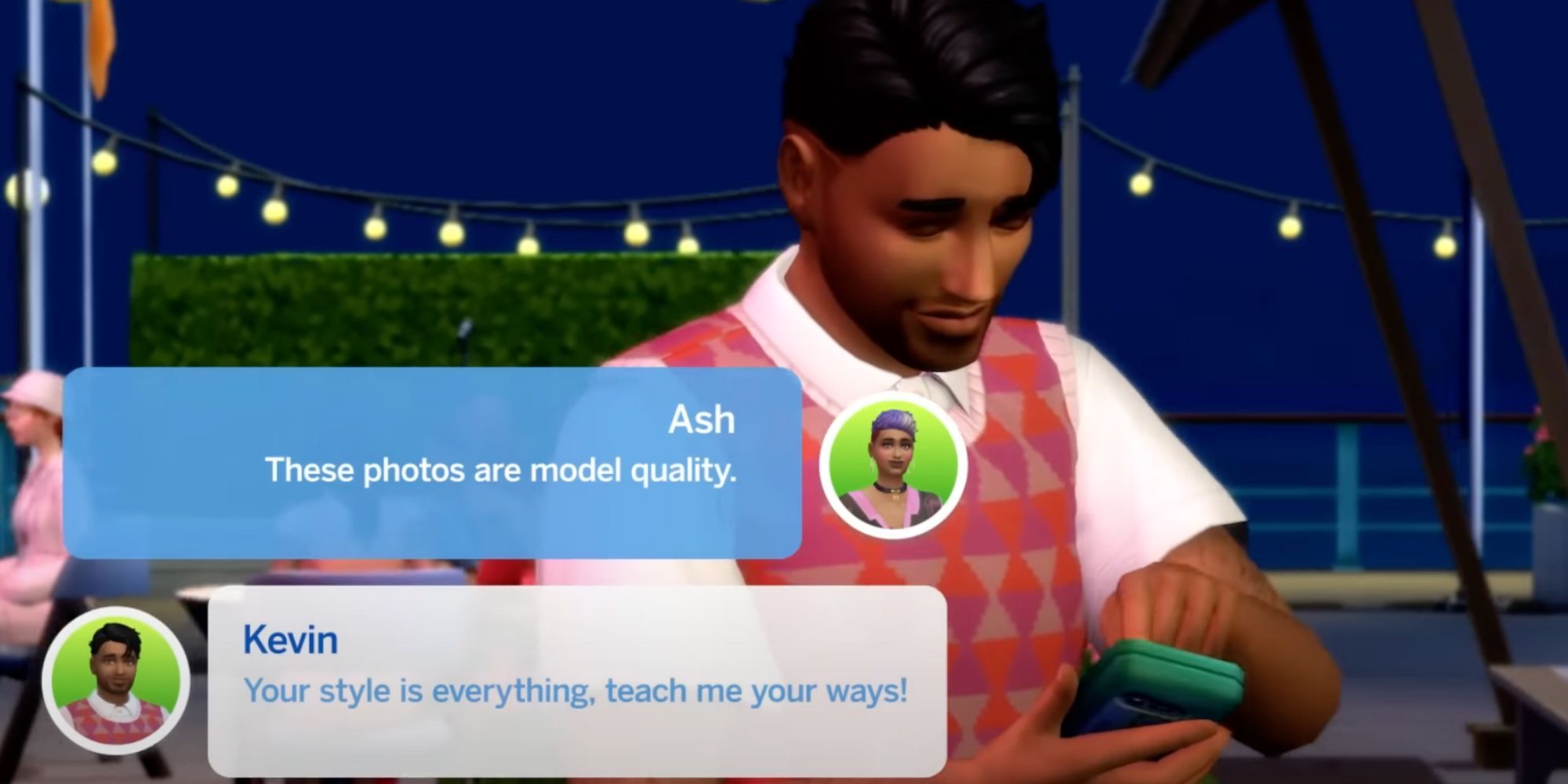 Just like in the real world, the Sims' universe has a plethora of social media platforms that can help them make friends and gain notoriety (both the good and bad kind). In High School Years, Social Bunny is the teen platform of choice. A reference to the "social bunny" interaction that lonely Sims have historically faced, Social Bunny allows Sims to take pictures and DM others. Its cute animal logo also seems to reference Twitter.

3/10 Teens Sneaking Out of Windows 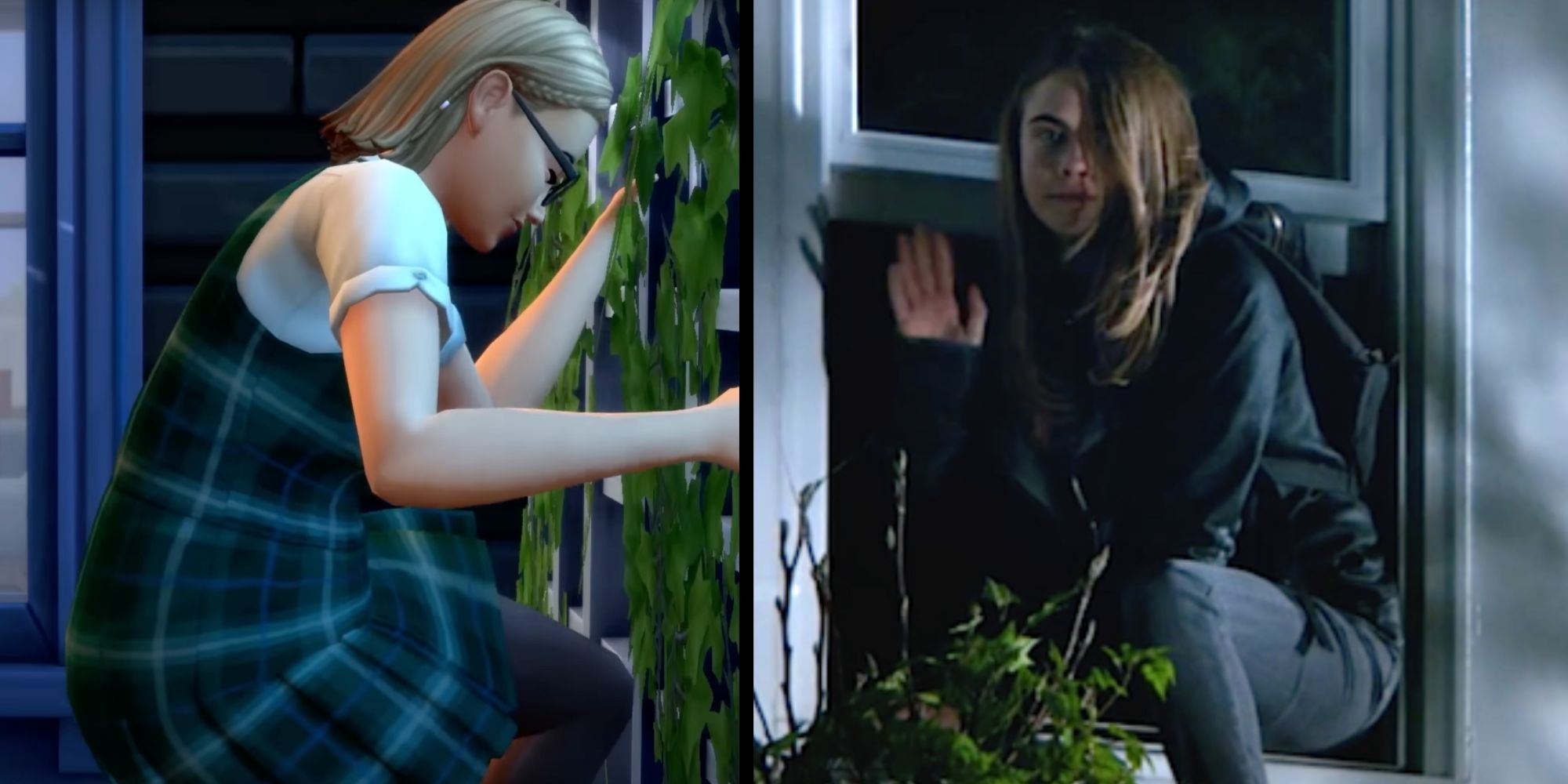 A trope as old as time: teens breaking curfew and strict parental rules by sneaking out of the house via a conveniently located window.

Teenage Sims can follow in the footsteps of countless movie and television protagonists – think Dawson's Creek, Paper Towns, and Scream – to experience a night of partying, frights, and (if they're lucky) romance. Just place a trellis next to your teenage Sims' window, lock their bedroom door, and select the "Go to Hang Out with Friends" interaction. 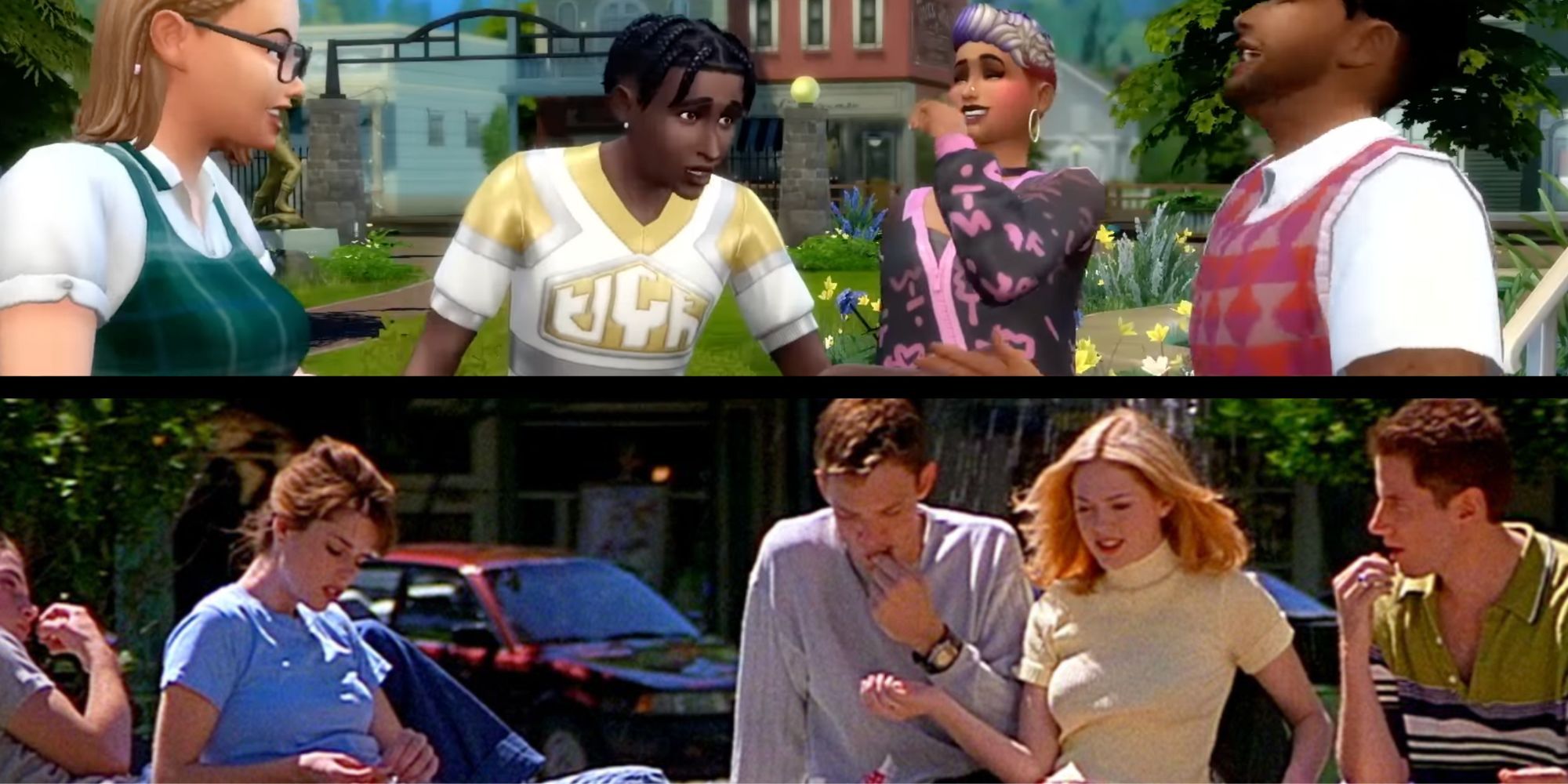 A staple of the horror genre, Scream serves up doomed teen romance and masked murdering rampages in droves. Copperdale carries on the legacy via the Prescott family. Named after Sidney Prescott, the main character of the films, the Prescotts are a staple of the Sims community and remain very active at the local high school.

With one teenage daughter (and another you can age up quickly), you can play out a variety of storylines involving crushes, extracurricular activities, and spooky mysteries. 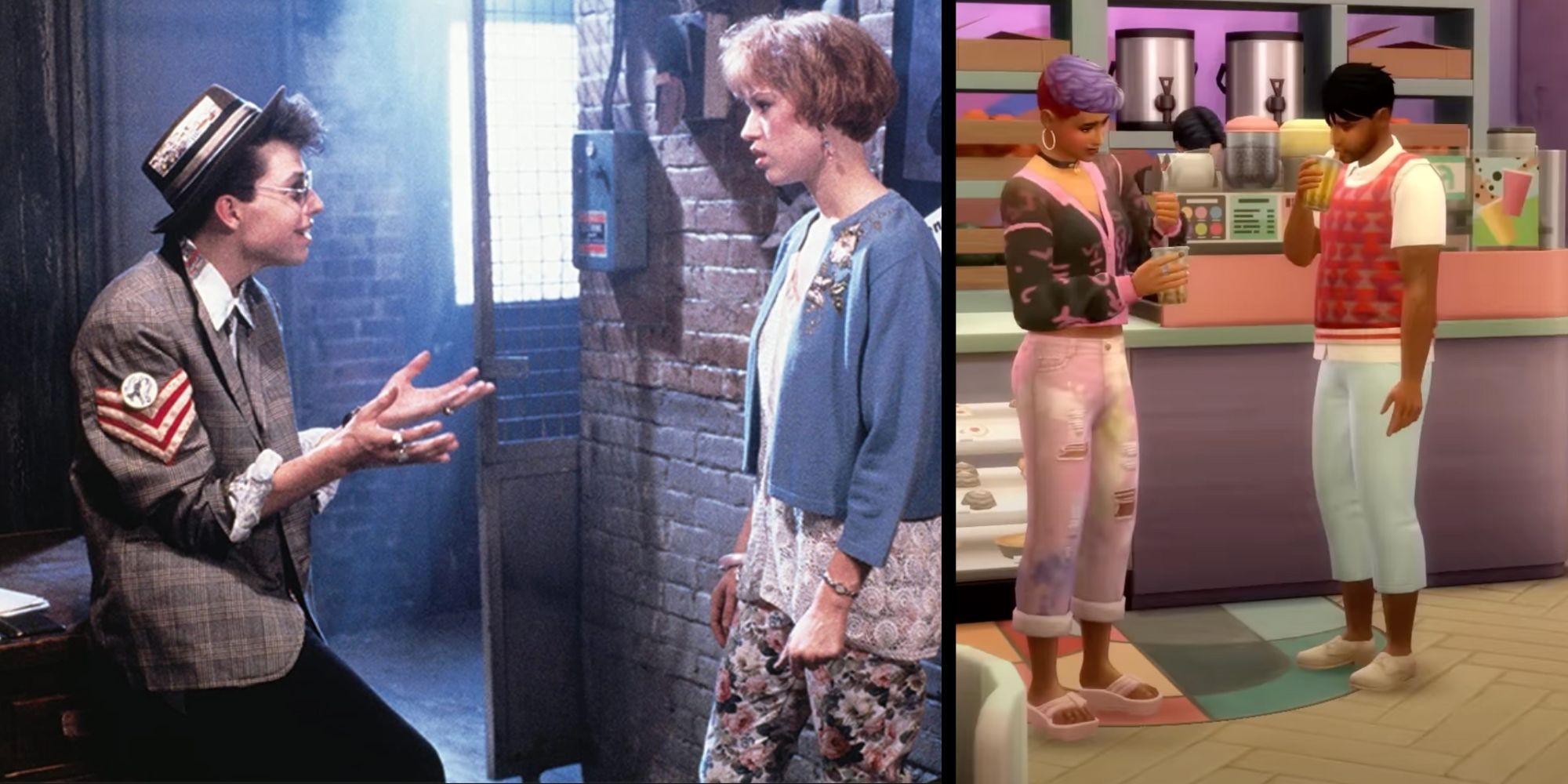 The Sims 4 – High School Years introduces ThrifTea, a hybrid thrift store and tea shop in Copperdale. A local hangout for teens and adults alike, ThrifTea calls to mind the store Andie, Molly Ringwald's Pretty in Pink character, works at. The new ability to design outfits and curate styles also evokes Andie's creativity when she designs and sews her own pink prom dress.

Like John Hughes movies, The Sims 4 holds the potential for remaining an icon of youth pop culture for years to come. Life moves pretty fast, but hanging out with some teenage Sims once in a while is a good way to slow things down and soak up some hormone-induced feels.