You are here:
Home / The Quarry: Complete History Of The Hackett Family

The Quarry: Complete History Of The Hackett Family

The Quarry takes place on land owned by the Hacketts, a family with almost two centuries of history in the area. While the game never gives a full account of their history, there are bits and pieces to pick up along the way. Eagle-eyed players can trace the family all the way back to their days as frontier trappers.

If you missed any of the game's clues, or just want to confirm your suspicions, here is everything there is to know about the Hacketts, from their origins to their place in the game's overall story.

This article contains major spoilers for The Quarry. It is highly recommended that you complete at least one playthrough of the game before reading further. 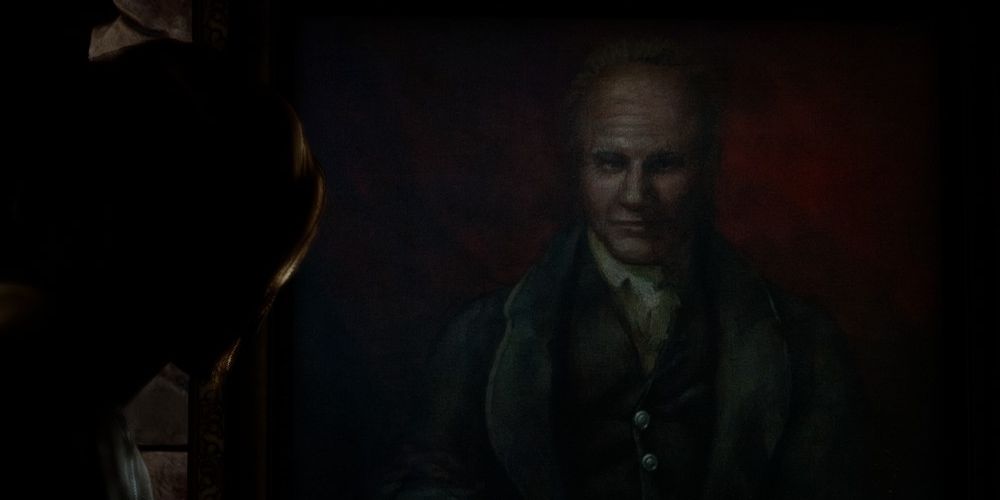 Although the location of the fictional town of North Kill is never specified, it's safe to assume that it is somewhere in the western United States. The Hacketts claimed the land for trapping in the mid-1800s, suggesting that they were part of a large westward migration of Americans that displaced the existing populations in the area at that time.

Although their business was fur, the discovery of large quartzite deposits on their land changed the trajectory of the Hacketts. Converting much of the forest into a quarry for the valuable stone, they became very wealthy to the point where they effectively owned the town of North Kill.

While the quarry was prosperous for decades, it was eventually shut down by Septimus Hackett (1890-1944). As his name implies, Septimus was the seventh child of the original quarry owners. Either due to his youth or to foul play, Septimus was the only living son of the family when his father passed, ensuring his inheritance of the family fortune.

Hackett's Quarry was shut down in a hurry after a cave-in endangered the lives of the miners. Rather than invest in keeping his workers safe, Septimus fired them all and converted the quarry into smuggling tunnels and directed the family business toward distilling and distributing bootleg whiskey during Prohibition. 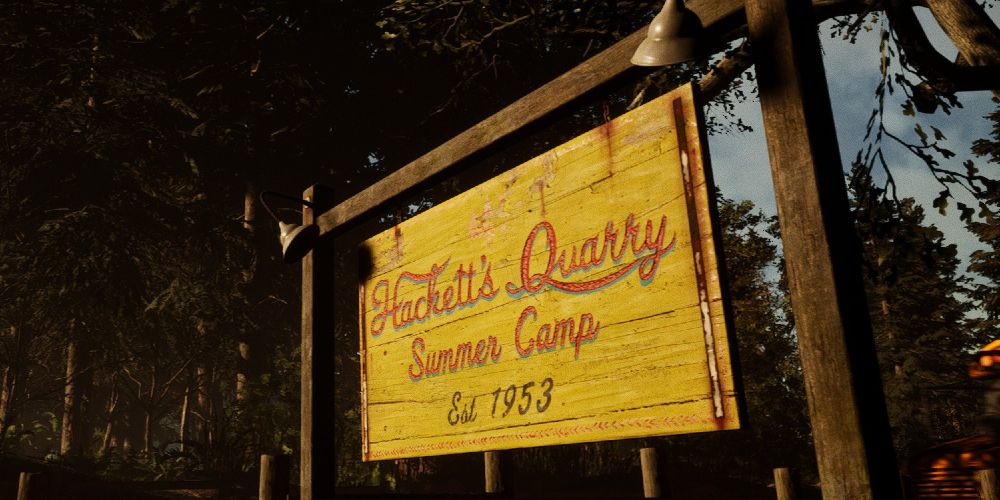 The end of Prohibition led to a decline in the family's fortunes, as they now controlled acres of forest with an unusable quarry. About a decade after Septimus' death, his only son Francis (1917-1975) established a summer camp on the family land in 1953. Hackett's Quarry Summer Camp would eventually be administered by Francis' grandson, Chris Hackett (born 1973), who runs the business at the start of the game.

Francis Hackett would eventually have three grandchildren through the marriage of his only child Jedediah (born 1940) to Constance Gurdy (born 1944). While Chris, the middle grandchild, ran the summer camp, the eldest Travis Hackett (born 1965) joined the North Kill Sheriff's Department while Robert "Bobby" Hackett (born 1976) served in the armed forces before opening a scrapyard on the family land.

While Travis and Bobby remained unmarried, Chris would go on to marry Amelia Grant. The couple had two children, Caleb (born 1995) and Kaylee (born 1999). Amelia passed away in 1999, possibly due to complications from Kaylee's birth. Caleb has a close relationship with his uncle Bobby, and works at the scrapyard when his father's summer camp is not in session. Kaylee is beloved by the family, and doted on by both Constance and Travis. 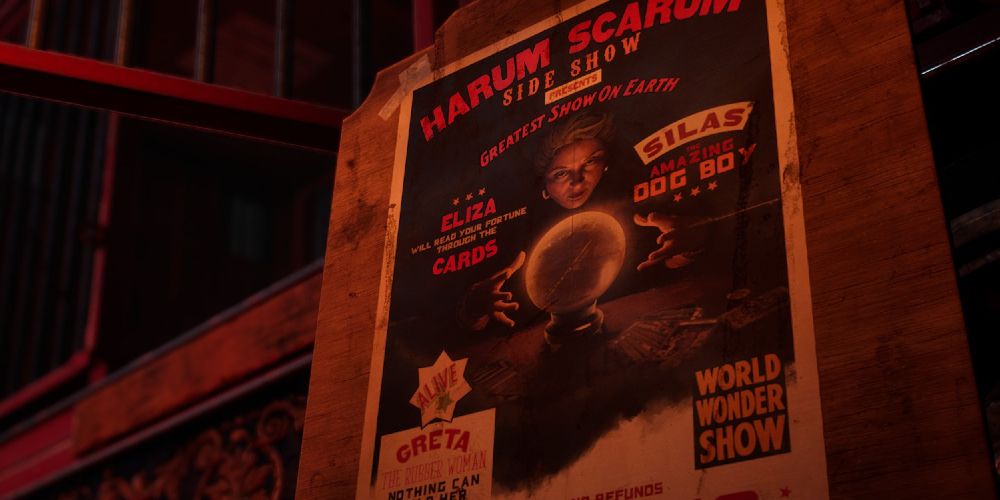 In 2015, a traveling sideshow called Harum Scarum came to North Kill, promoting fortune-telling, acrobats, and bizarre creatures. Chris Hackett took his kids to see the show, where one of the attractions was "Silas The Dog Boy." A feral child taken in by Eliza Vorez, the owner of Harum Scarum, Silas was kept in a cage at all times for guests to observe. Sixteen-year-old Kaylee wanted to free Silas, and convinced Caleb to start a fire so that she could open the cage while Eliza and the others were distracted.

The fire quickly spread out of control, killing the entire Harum Scarum crew within minutes. Kaylee was able to free Silas, who lashed out and bit Caleb before disappearing into the forest. The North Kill Sheriff was also killed in the blaze, leading to Travis Hackett's promotion to head of the department. 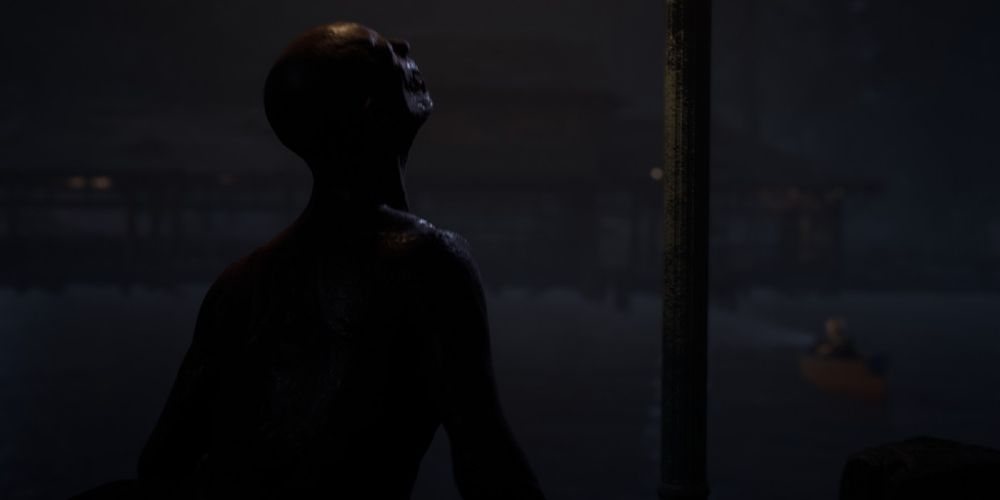 Travis used his authority as sheriff to sweep the incident under the rug, protecting Caleb and Kaylee from prosecution. However, the fire would end up haunting the family in an unexpected manner. Under the full moon, Caleb transformed into a werewolf thanks to the bite he received from Silas. He bit Chris and Kaylee, turning them into werewolves as well. Since then, the three have transformed into bloodthirsty monsters every month.

With a children's rhyme as their only clue, the Hacketts dedicated the next six years to finding a cure for Chris and his kids. The only known way to cure a werewolf is to kill the werewolf that bit them with silver on the night of a full moon. Bobby, Jedediah, and Travis have spent every full moon since the fire trying to locate Silas so that they can eliminate him and end the curse.

The Hacketts have spared no effort in keeping their terrible secret from the outside world, using Travis' influence to prevent investigations into the disappearance of the werewolves' occasional victims. There have only been a handful of casualties since the fire, with the latest being a pair of hikers who were attacked by Caleb in the spring of 2021. Bobby collected the bodies from the woods and sunk them to the bottom of the camp's lake using chains and metal from his scrapyard, while Chris hid the hikers' belongings in a locked storage room.

When the hikers' disappearance was noted by the Bizarre Yet Bonafide podcast a few months later, the hosts floated a theory that the victims were ghost hunters investigating the rumors of Eliza's ghost haunting the site of the fire. Worried about outsiders snooping around, Travis drafted a cease and desist letter to the podcast but ultimately never sent it. 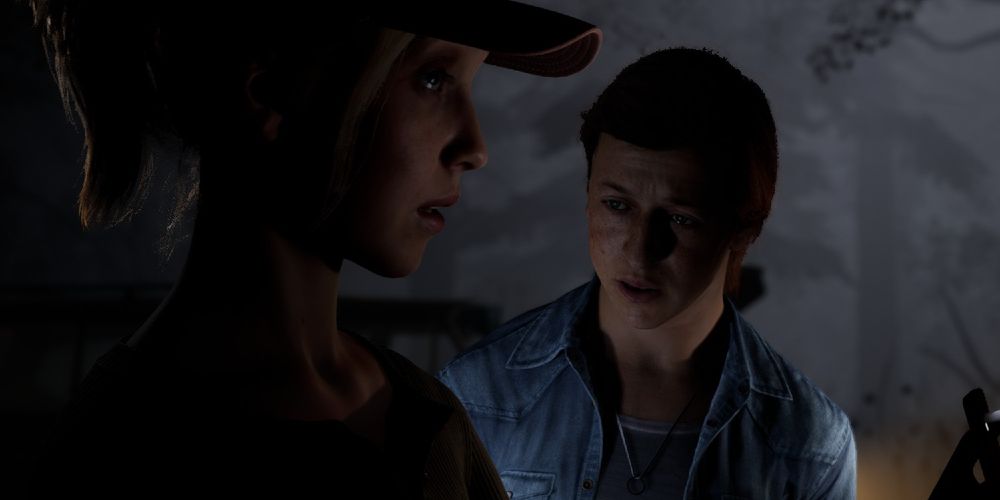 On the night of the full moon in June 2021, Chris had locked himself in the camp lodge's basement to wait out his transformation. He had scheduled his staff and counselors to arrive the next day, to avoid any risks. However, camp counselors Max Brinly and Laura Kearney arrived early.

The pair were stopped by Travis on the road, who insisted that they spend the night at a motel rather than continue to the campsite. The two didn't listen, ultimately releasing werewolf Chris, who bit Max before Travis could arrive to intervene. Travis was able to rescue the teens, but kept them imprisoned in an abandoned police station to keep them from talking. To prevent unnecessary questions, Travis asked Bobby to scrap the couple's car off the record.

Over the next several months, events would play out guided by Eliza's ghost, who is very real and bent on revenge. She seeks to manipulate the outcome of the night at the quarry so that her beloved Silas remains alive and free, and so that the entire Hackett family is killed. Whether her plot succeeds – and who lives or dies as a result – is up to you.