You are here:
Home / The New Skate Will Be A Free-To-Play Title

The New Skate Will Be A Free-To-Play Title

A new developer diary has revealed that the new Skate title, which has been officially dubbed simply “Skate.” (period included), will be a free-to-play game. A lengthy update video divulged a number of details, including an idea of how monetization will look and why developer Full Circle chose to go the FTP route.

Full Circle creative director Cuz Parry explains the decision to go FTP stems from the team’s desire for players across all platforms and budgets to easily access its upcoming skateboarding simulator. It also wants to keep the community together, citing how DLC in previous Skate titles splintered the player base. To that end, Skate will support cross-play and cross-progression across consoles, PC, and mobile.

As a FTP game, Skate will have microtransactions, but the team wants to remain friendly to players. The designers emphasize that Skate is not pay-to-win and will not have paid loot boxes. Furthermore, map areas will not be locked behind paywalls. Cosmetics will be the focus of monetization, though you can still unlock these items traditionally. The teams say it’s examining games like Apex Legends as points of reference for its monetization model.

Full Circle describes Skate as neither a sequel nor a reboot but rather something closer to a live-service title that the team plans to support with new content and improvements for years to come. “There won’t be a Skate 5 through 10,” says Parry. “We won’t be pumping them out all the time.”

The game will also support a large number of players for its multiplayer, and Skate includes new cooperative building areas that allow them to construct a variety of imaginative skate parks and structures.

This summer, a select batch of players can playtest an early version of Skate by signing up to become a Skate Insider on the game’s website.

As for the launch, the team reiterates that Skate will arrive “when it’s ready,” so don’t expect it anytime soon. Skate will be available on PlayStation and Xbox consoles, PC, and mobile devices.

What do you think about Skate going free-to-play? Let us know in the comments! 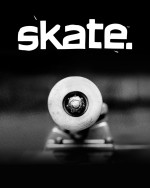