You are here:
Home / The Most Evil Empires In Gaming

The Most Evil Empires In Gaming

Heroes facing impossible odds is a tried-and-true storyline for video games and how better to stack the odds against the protagonists than by putting them against the full might of an evil empire? By definition, evil empires do a lot of very bad things. Whether they succeed or not, the most evil empires have big plans that mean big trouble for everyone else.

Read on to find the worst of the worst when it comes to evil empires in video games. Defeating them – sometimes over and over again – is always a pleasure. 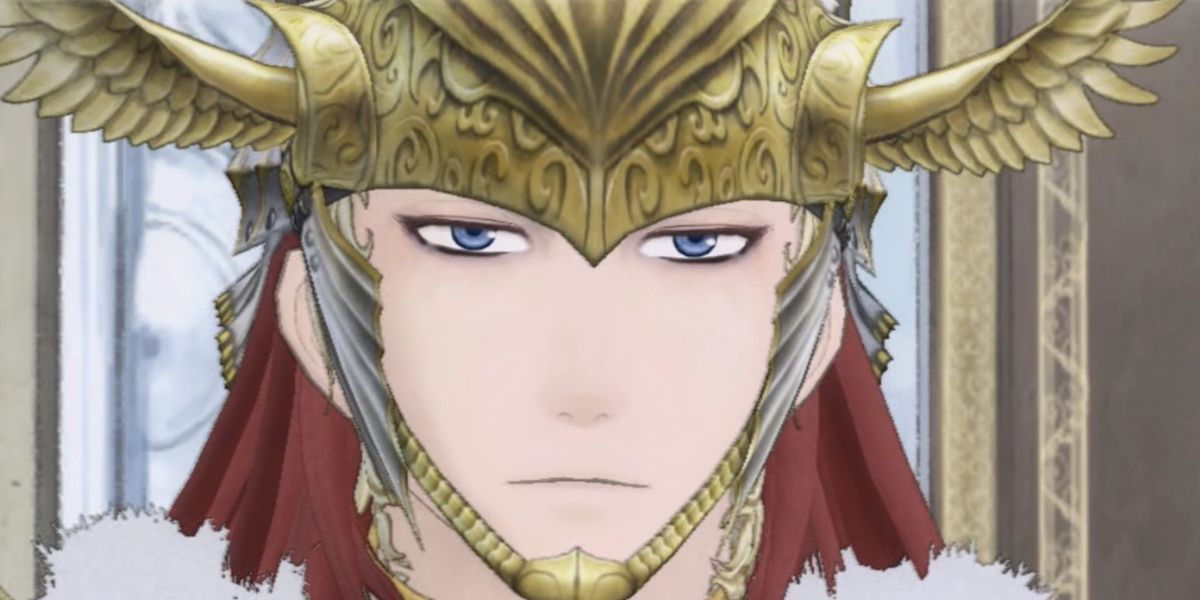 While not every Valkyria Chronicles game takes place during the Second Europan War, those that do cast the East Europan Imperial Alliance as the main villain. The conflict is (very) loosely based on the Second World War, but the analogues don't quite match up. The Imperial Alliance is supposed to be Nazi Germany but also kind of the Soviet Union, yet is somehow still a monarchy.

Despite reading like they were created for a Texas history classroom, they still make compelling villains. Bent on world conquest and obsessed with developing super-weapons in order to do so, the Imps are a constant threat to peace. They don't shy away from human experimentation, and their foot soldiers are crass, murderous brutes. Thankfully, it seems like there's always a plucky squad of misfit soldiers ready to stop them. 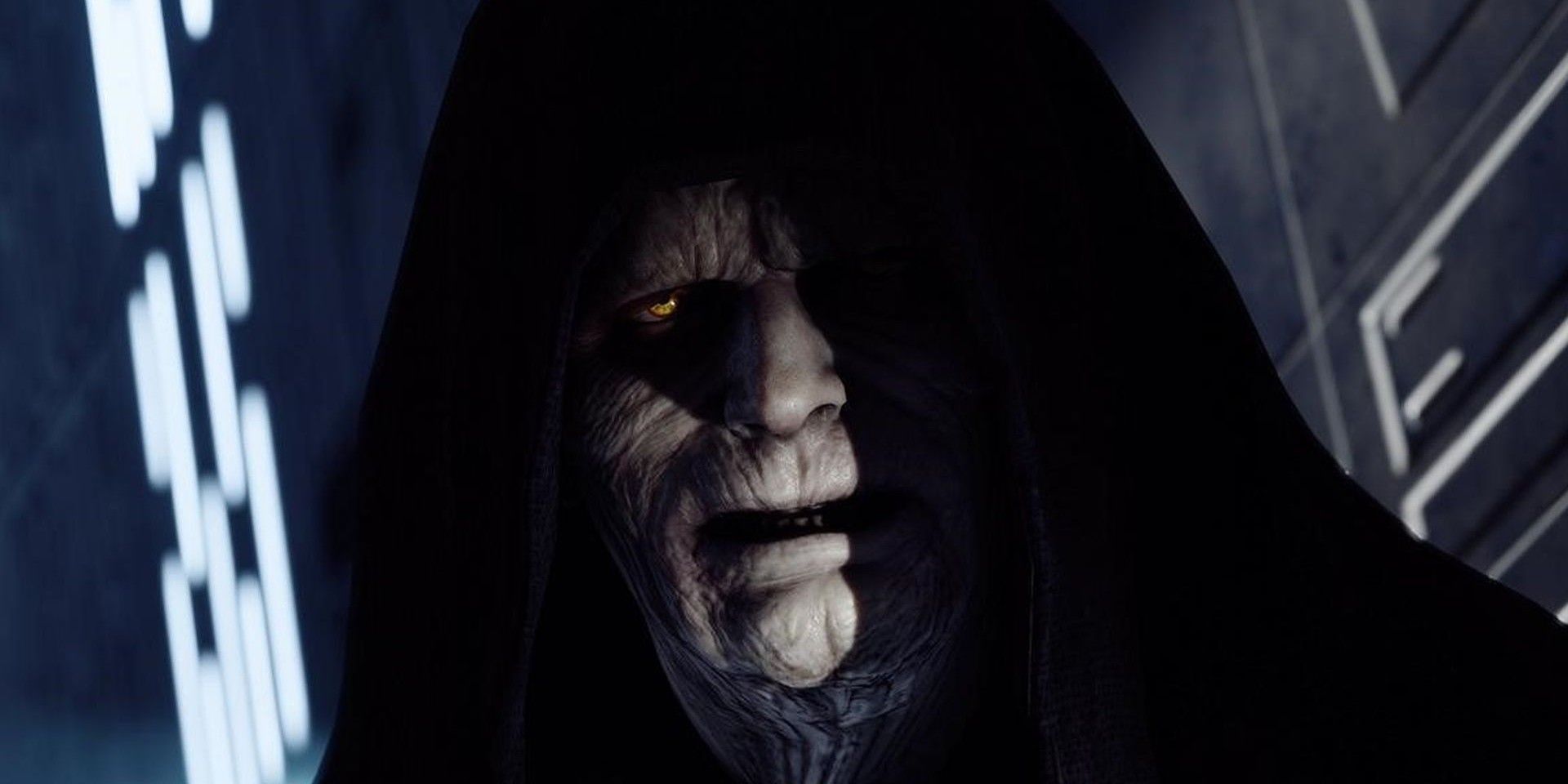 Admit it; when somebody uses the phrase "Evil Empire," your first thought is of Star Destroyers and Stormtroopers. Palpatine's regime is omnipresent in pop culture, and they've made countless appearances in Star Wars video games over the years. From dabbling in evil space magic to blowing up planets, if there's a misdeed to be done the Galactic Empire has done it at least once somewhere.

Headed by the most dangerous Sith Lord the galaxy has ever seen and overseen by Darth Vader himself, the Empire rules by fear and does whatever it takes to crush dissidents. If not for their woefully-innacurate soldiers and penchant for serious design flaws, it's a fair bet that Palpatine would rule from Coruscant forever. 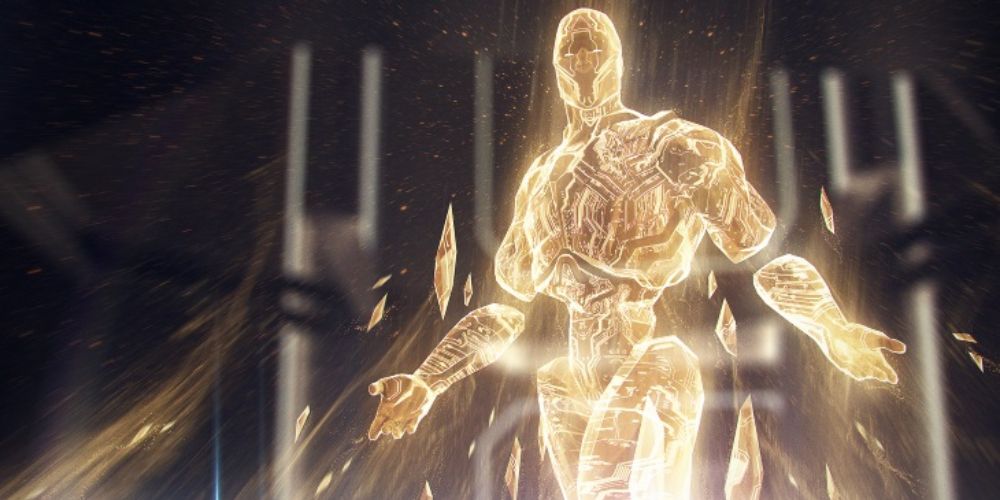 In Amplitude Studios' strategy games, the Endless were a precursor species that once ruled the galaxy. They were mostly wiped out in a catastrophic civil war, but their influence is still felt everywhere. When the Endless (or, more often, their remnants) do turn up, it's bad news for everybody.

The Endless took control of the galaxy by killing childlike gods called the Lost and taking their power. They proceeded to play gods themselves, creating new species and terraforming planets on a whim. They once transformed an entire insectoid species into single-minded cybernetic killing machines meant to strip entire planets of all life. When these "Cravers" were no longer needed, the Endless put their creation on a planet and mercilessly bombed the surface from orbit. Worst of all, they didn't even bother to make sure they'd successfully wiped out their army of murder-cyborgs. Spoilers: They hadn't. 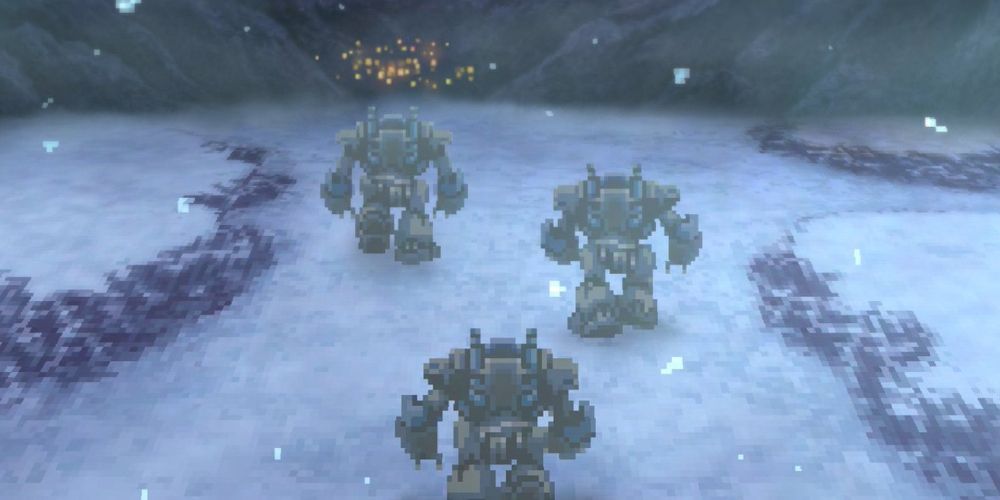 Final Fantasy is full of evil empires and frightening villains, but the Gestahl Empire from Final Fantasy 6 is easily the most dangerous. When they discovered that humans could use magic by attuning themselves to Magicite – the crystals left behind after the death of an Esper – they broke into the Espers' world to capture and kill everything they could. From there, they set about conquering their own world.

Admittedly, most of the Gestahl Empire's most heinous crimes were committed by one person – Kefka Palazzo, one of the most evil villains in any medium. From using mind-control artifacts to poisoning the water supply of an entire kingdom, Emperor Gestahl willingly turns a blind eye to Kefka's misdeeds until it's too late. 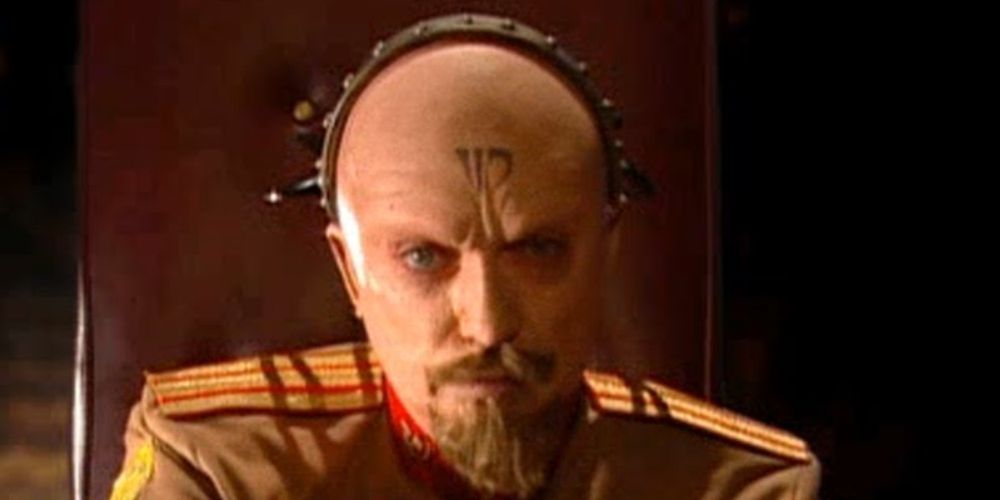 Command and Conquer Red Alert is a spinoff series that takes place in an alternate-history Earth where the Cold War turns red-hot. It's full of absurd sci-fi technology and memeworthy cutscenes. While the primary antagonist in the series is usually the nuke-happy Soviet Union, in Red Alert 2 and its expansion the USSR accidentally creates a threat far worse than themselves.

Yuri, the leader of the Psychic Corps, attempts to build a global network of psychic beacons to rule the world via global mind control. From his secret base in Antarctica he amasses an army of psychics, mutants, and clones of himself with the intent of defeating both the Allies and the Soviets, becoming supreme overlord of Earth. He's able to deal plenty of damage during the campaign to defeat him, and his empire would have been truly terrifying to behold if his plot had succeeded. 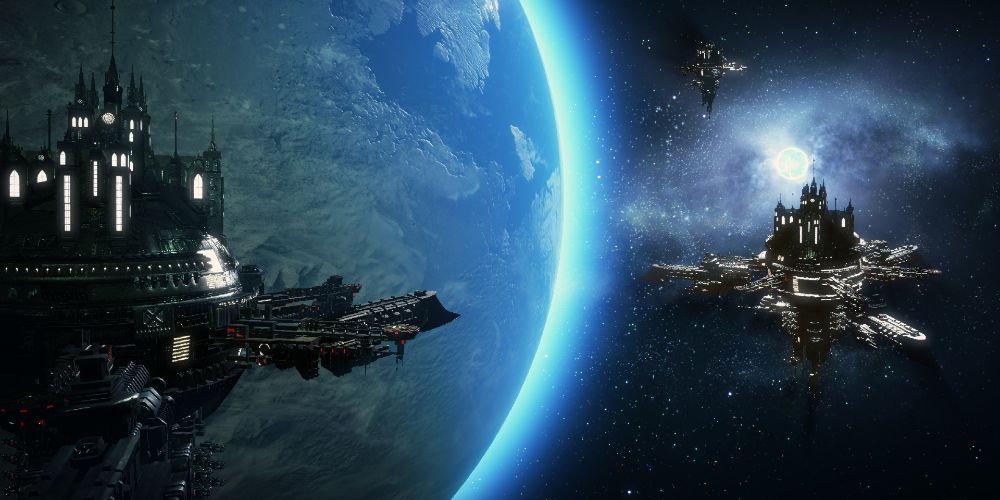 If you ever need to be reminded that "protagonist" is not necessarily synonymous with "hero," look no farther than Warhammer 40,000. In the grim darkness of the far future, humanity has become a disparate theocracy where knowledge is abhorred and stepping out of line means death. The Imperium's enormous armies are constantly fighting foes real and imagined, and "making the galaxy a better place" usually means "killing something or someone we don't like."

The Imperium is maintained by the Astronomican, a psychic beacon that makes Warp travel possible. Without it, the whole thing would collapse into system-wide successor states across the galaxy. To keep the Astronomican running requires it to devour the souls of one thousand psychics every day. That's over three-and-a-half billion souls devoured – and counting – in the Imperium's ten-thousand-year existence just from their standard, everyday evildoing. 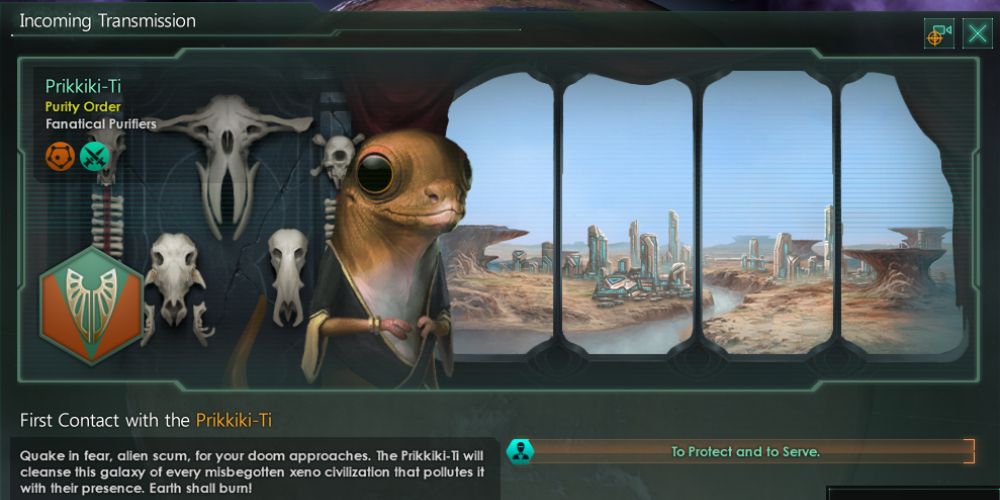 Stellaris gives players unparalleled freedom in creating and guiding the space empire of their dreams. They can build Dyson spheres to solve their people's energy problems forever, take part in the Galactic Community to have a say in interplanetary affairs, or even mercilessly eliminate all other sentient life. About that last one.

Empires with the Fanatic Purifiers civic are convinced that of all the myriad species that populate the galaxy, only they are fit to live. Unable to engage in any sort of diplomacy outside of insults and declarations of war. Fanatic Purifiers will stop at nothing to destroy every alien they see. The only way to stop them is to defeat them – space in Stellaris is dangerous enough without them trying to kill their neighbors. 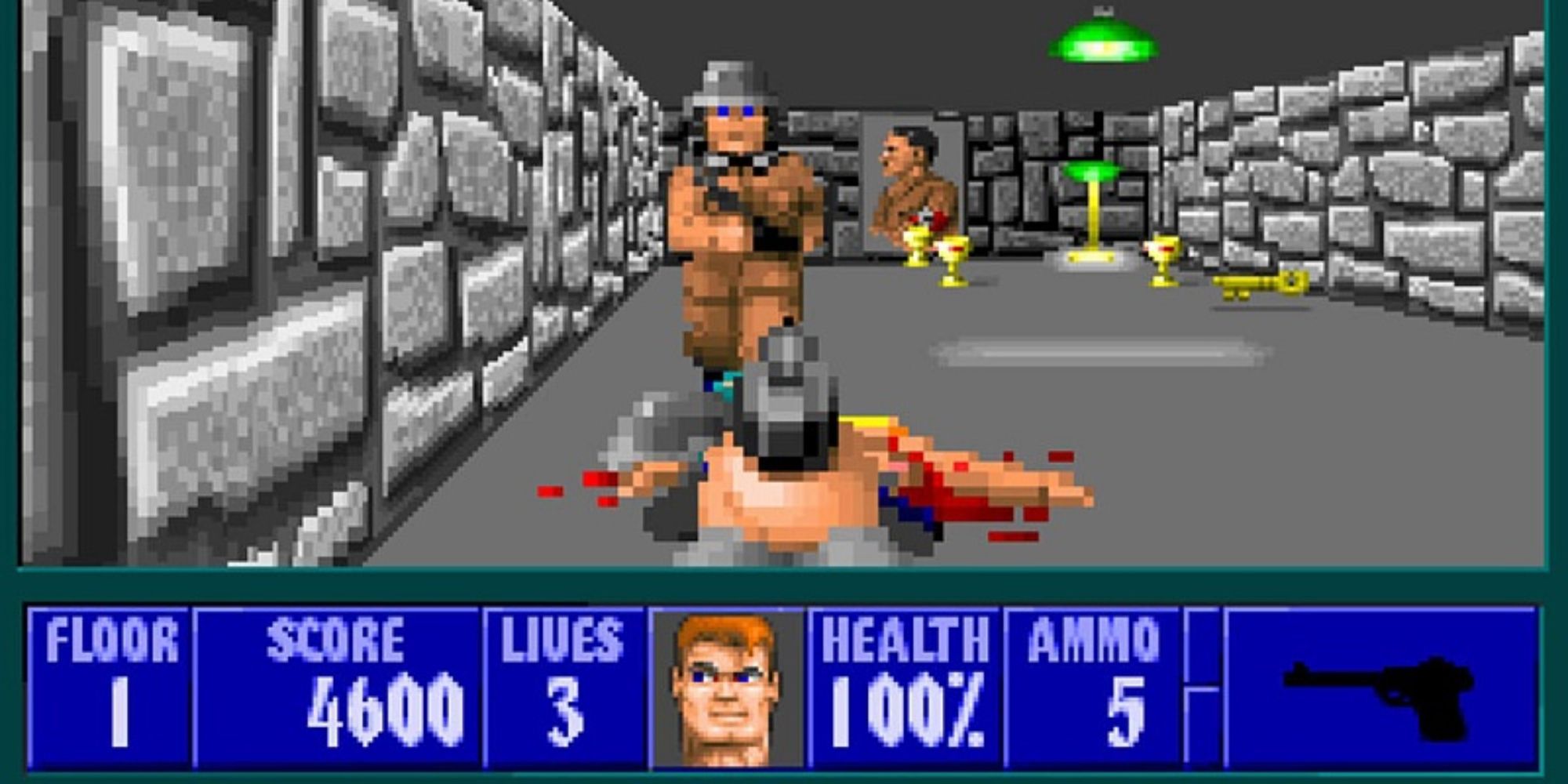 Movies, books, TV, and of course video games have all used the Third Reich as a villain. The most evil empire the world has ever seen, guilty of stomach-churning crimes against humanity, are vile to the core.

Whether you're blowing up Panzers on a historically-accurate WWII battlefield or battling jackbooted super-soldiers in Wolfenstein, tearing apart the Reich and its henchmen is a pursuit that games will likely continue to follow for years to come.