You are here:
Home / The Most Difficult Decisions In Life Is Strange: True Colors

The Most Difficult Decisions In Life Is Strange: True Colors

The Life Is Strange series is known for presenting players with difficult and emotionally charged choices throughout the narratives of their games. Some of them are at times easy to make but oftentimes, the correct choice isn’t as clear.

Life Is Strange: True Colors presents you with many decisions throughout the game. With most of these decisions directly impacting Alex’s relationships with characters and the outcome of the game, taking time to think them through is recommended.

8 Telling Gabe About Alex's Powers Or Her Life 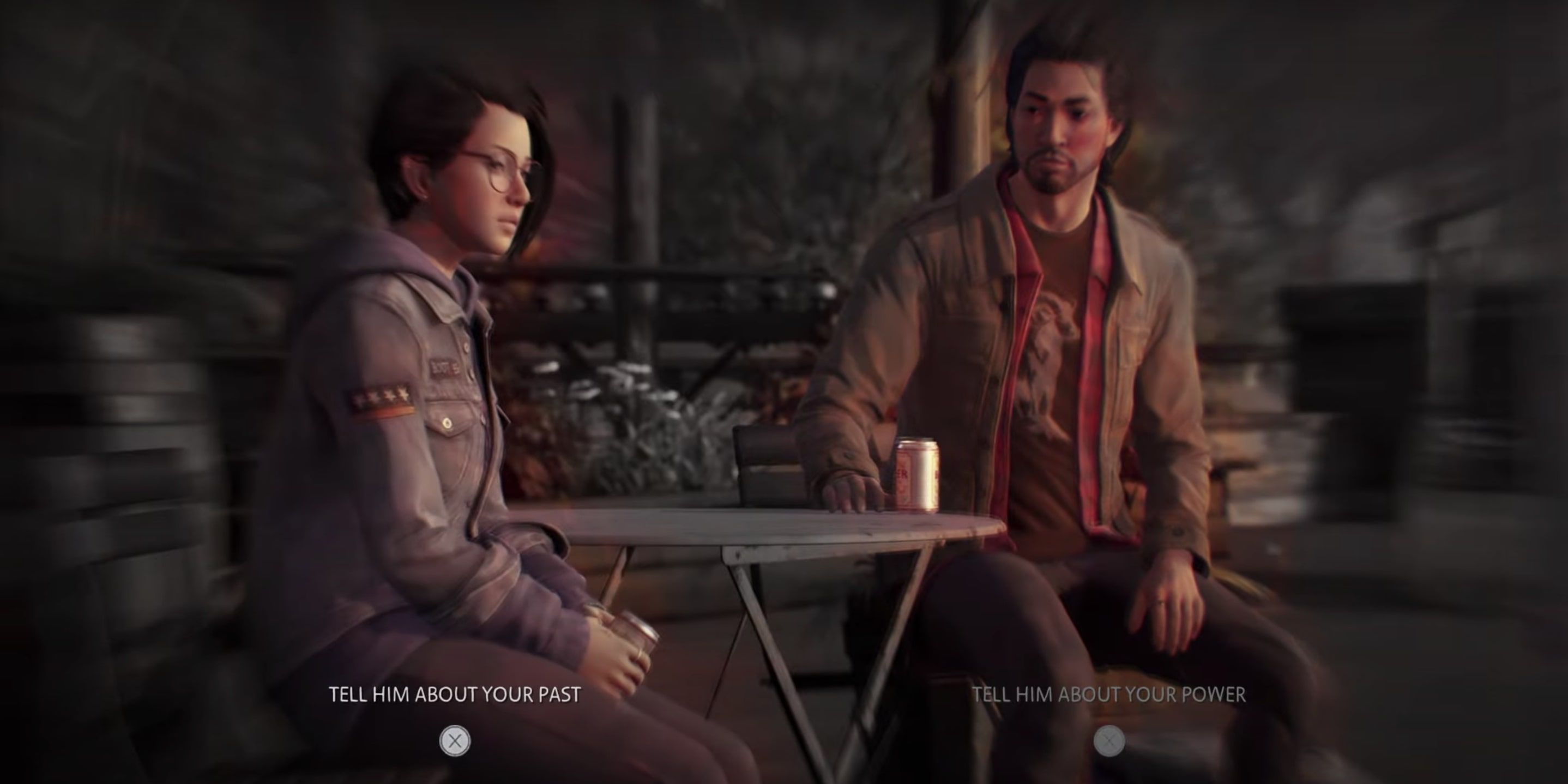 While this decision doesn’t necessarily have a big impact on the ending of the game, it is still an important moment between Alex and her brother Gabe in the first chapter of the game. When sitting on the rooftop, Alex has the choice to either disclose her powers to Gabe or instead discuss the hardships she faced growing up alone.

While revealing Alex’s power is a sweet moment and Gabe’s support and belief in her just further proves how great of a brother he is, choosing to discuss her life is a more poignant and honest conversation about the hardships of being an orphan and fending for yourself. This moment captures the complexity and nuance of Alex as a protagonist and why she is one of the best in the Life Is Strange series to date. 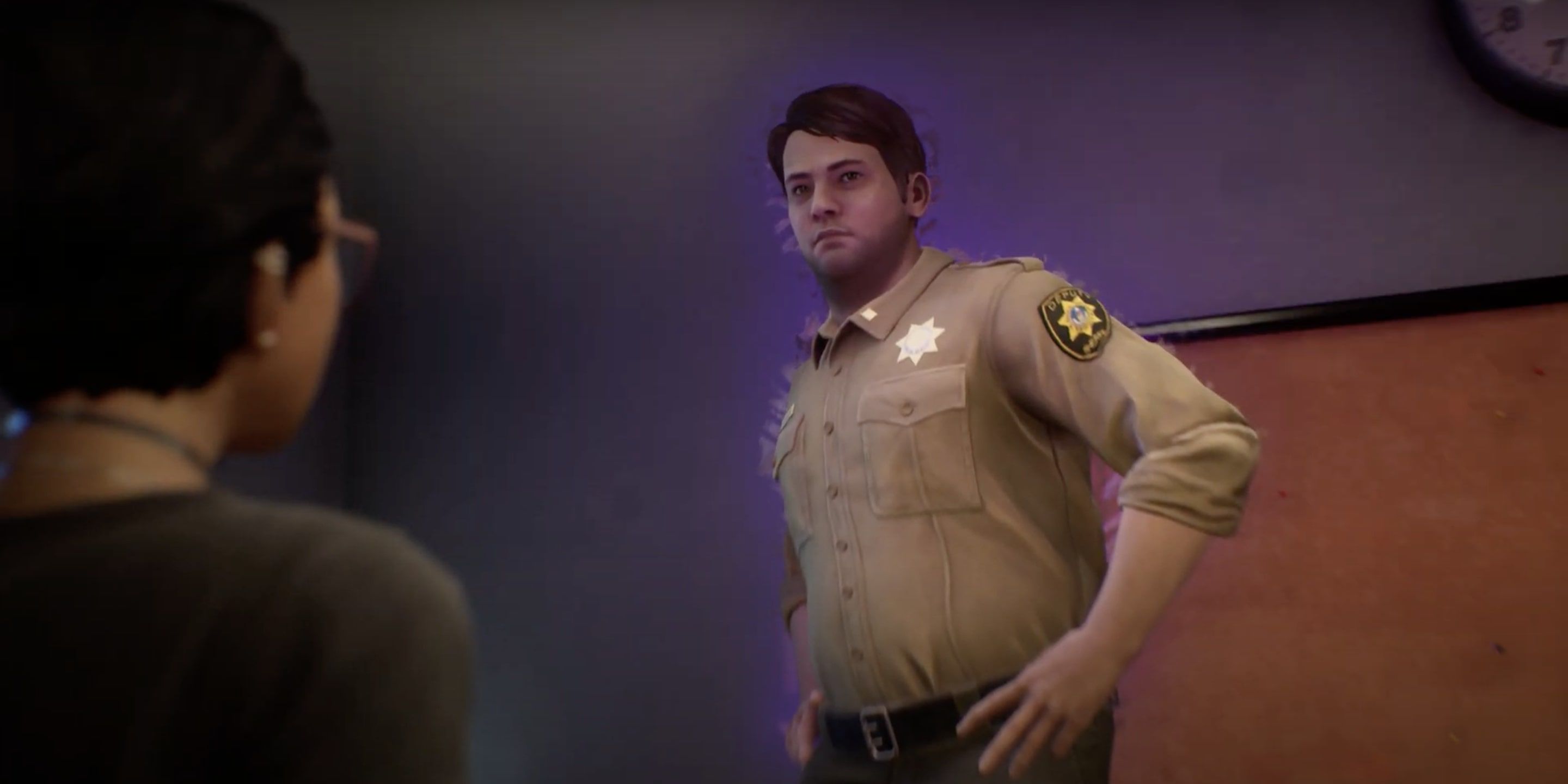 One of the elements of Alex’s powers is that she can harness and take away a person’s emotions and take them upon herself. This aspect of her powers can be utilized towards the end of the game when Sheriff’s Deputy Jason Pike tries to get her to intimidate Alex into giving up evidence she has on Typhon.

During this interrogation, Alex can take away Pike’s fear which then leads to him standing up to Typhon and backing Alex and the others. While the outcome implies that the correct choice is to remove his fear, a similar scenario earlier on contradicts this and so the decision is not as easy as it may appear to be. 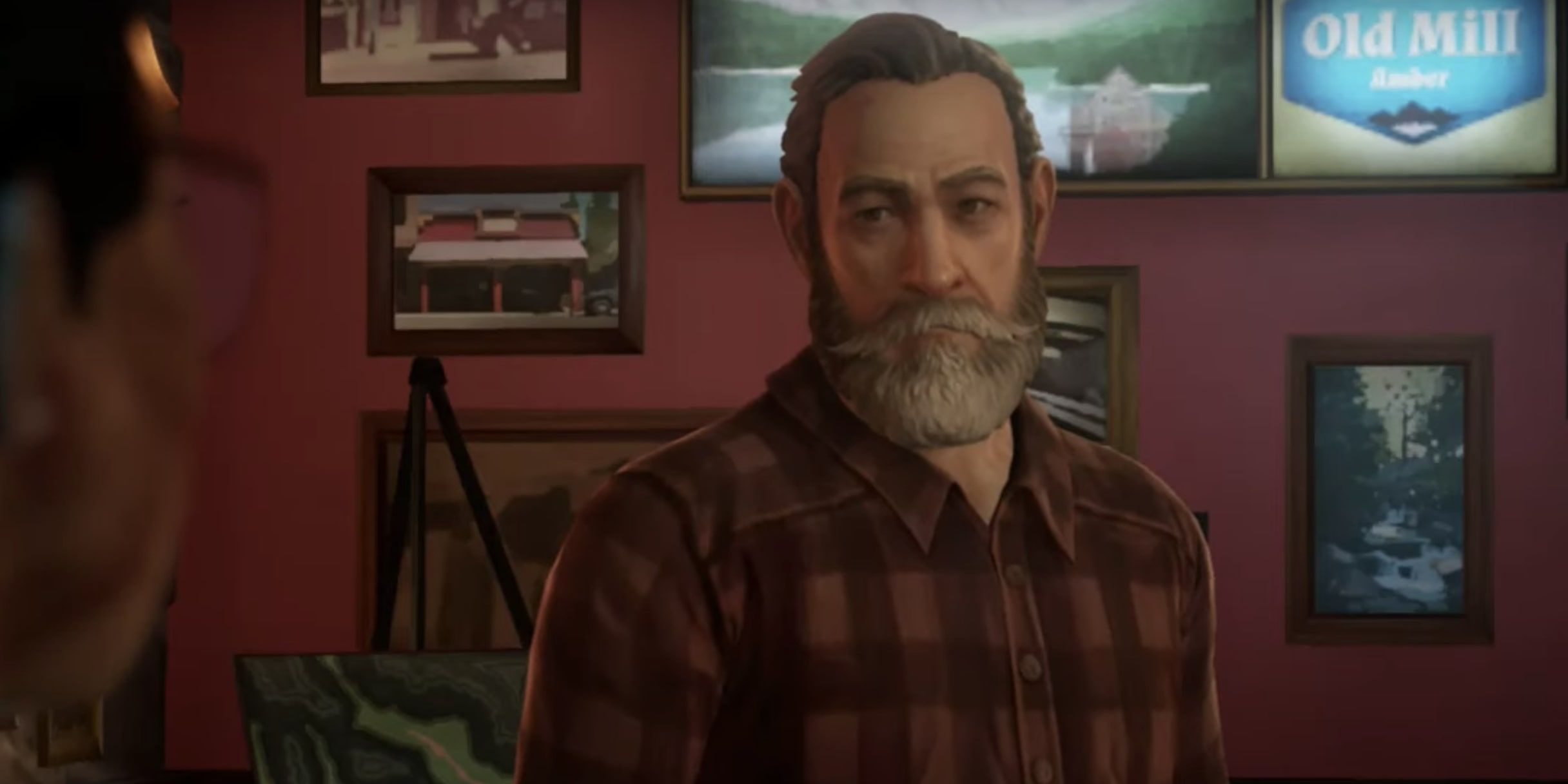 The revelation that Jed Lucan has been lying to the town and has been covering up his own mistakes his whole life is completely shocking. As one of the most supportive and friendly figures in the town, discovering that he has been lying to not only Alex but his own son and friends is a giant twist in the game.

While the choice to forgive Jed is the better option, condemning him for the pain he has caused is also an understandable response. He does shoot and try to kill Alex after all. Regardless of the choice you make, the climactic Council meeting when Alex confronts Jed is a powerful moment. 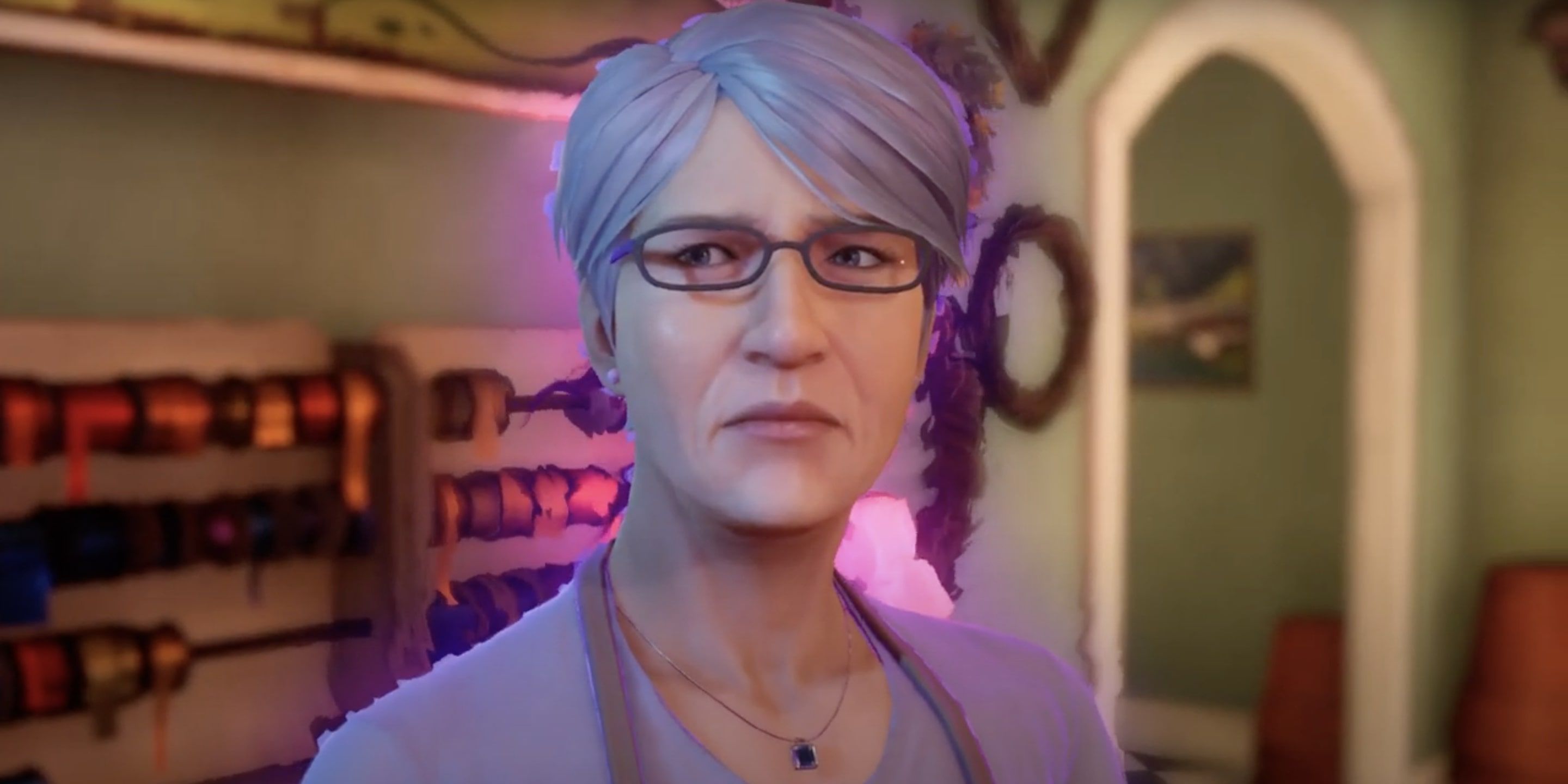 At the beginning of Chapter two, Alex and the people of Haven are mourning the death of Gabe. However, when Alex enters the florist to speak with Eleanor, she cannot remember his passing and has forgotten about the tragic incident. At this moment Alex can either remind her of the truth or spare her the pain.

While reminding her of Gabe’s death is the best option, Eleanor’s emotional response is a saddening scene. However, telling her does mean she attends the memorial later in the Chapter and is a key choice in getting her support during the Council meeting at the end of the game. 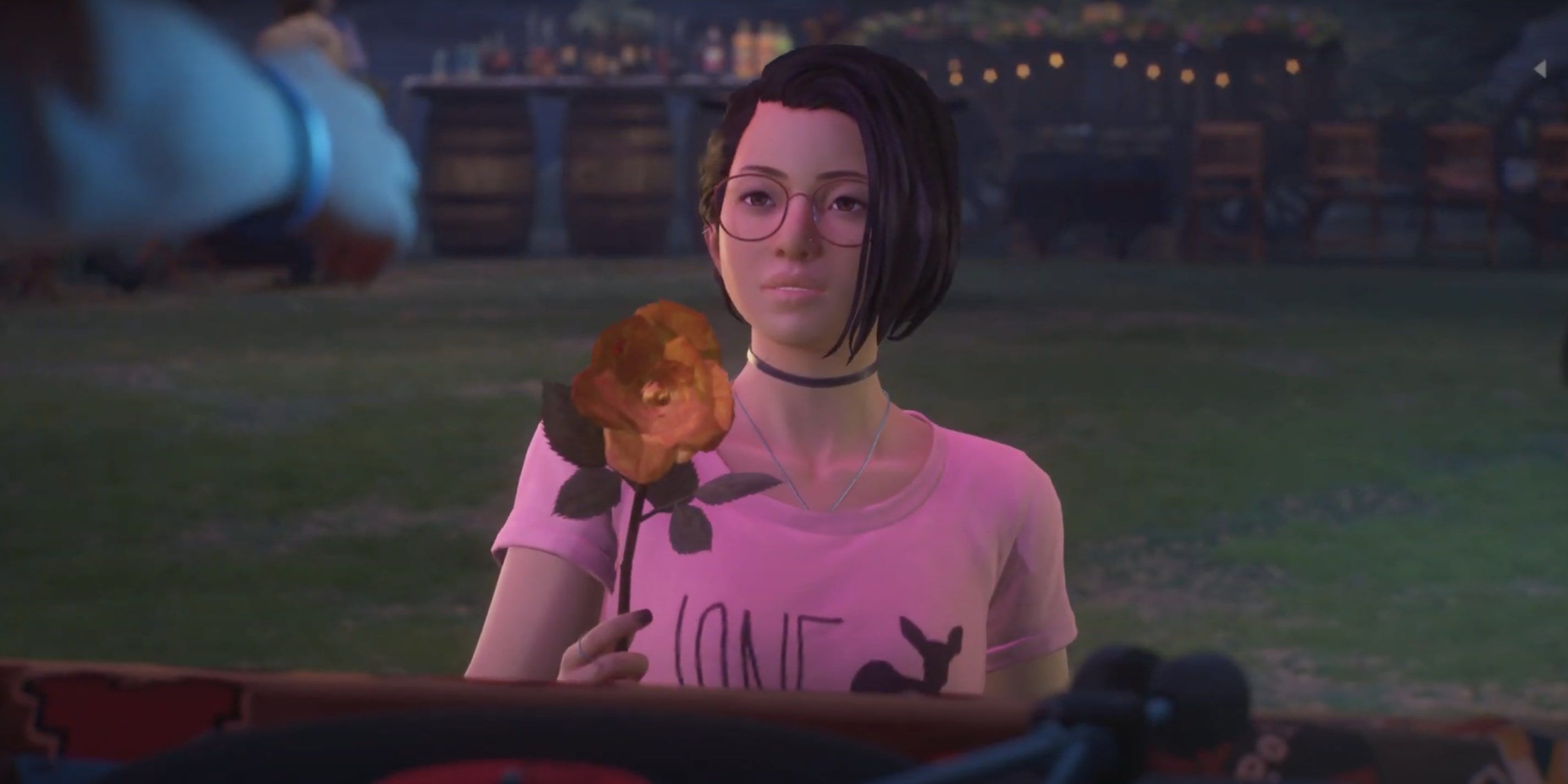 Love is in the air in Haven Springs and choosing which romantic relationship to pursue, if any, is a tough decision. Life Is Strange is a series that has embraced and celebrated diversity and inclusivity in the relationships it highlights, and True Colors follows suit in this regard. Both Ryan and Steph are great characters and support Alex as she works to uncover the truth of her brother Gabe’s death.

While Steph and Alex connect through their mutual love of music and are extremely compatible in terms of their personality and interests, Ryan’s earnestness and protective nature make him a great potential partner for Alex also. 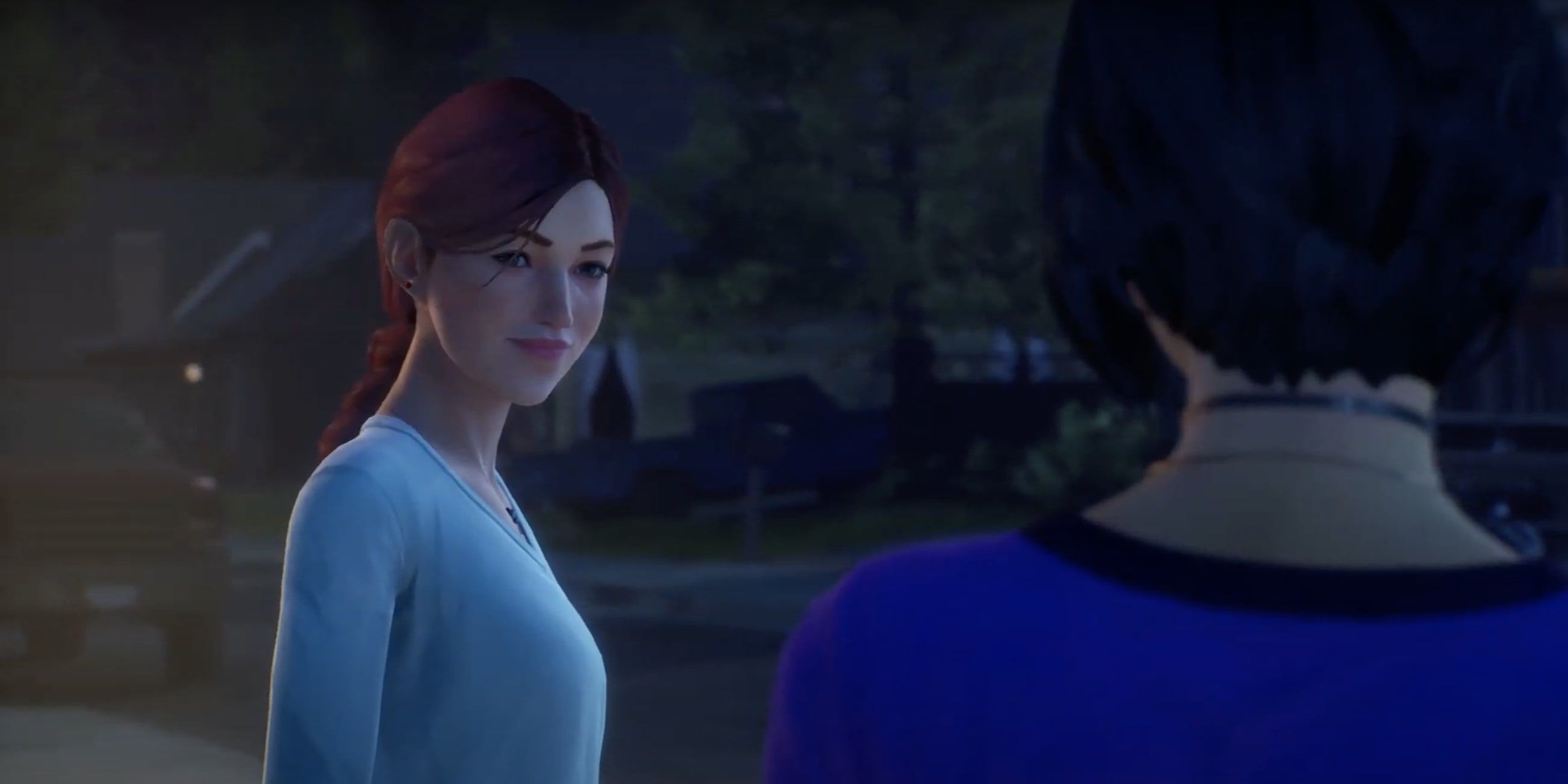 Eleanor and Riley Lethe are two of the most likable characters in Haven Springs. They help and support Alex and show true kindness to those around them. Discovering and learning that Eleanor has Alzheimer’s and that is only getting worse is an emotional realization in the game. Even worse is that Alex discovers Eleanor is hiding it from her granddaughter Riley to ensure she still leaves for college rather than staying in Haven Springs with her.

This storyline culminates when Alex finds Riley waiting for her bus during the Spring Festival. During their conversation, Alex can either reveal Eleanor’s Alzheimer’s to Riley to simply wish her farewell and good luck on her travels. If Alex does tell Riley, then she will stay in Haven Springs, but if she is not told then she will leave. 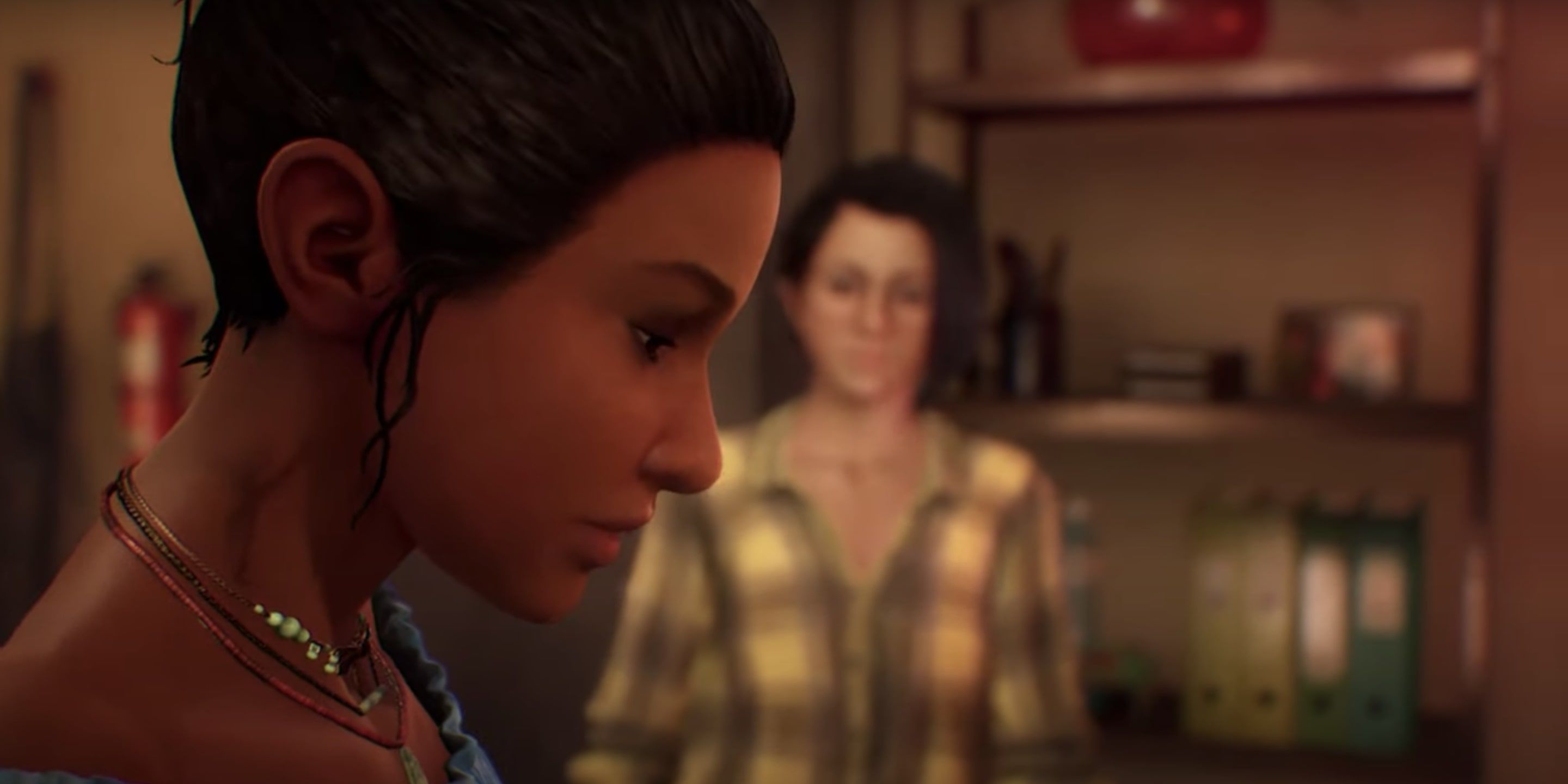 In Chapter three, Alex is presented with the choice to take the anger Charlotte feels over the death of Gabe away. Her grief and anger can alternatively be left alone for her to manage and work through without Alex’s intervention. While initial instincts suggest taking this pain away is for the best, the ramifications suggest otherwise.

If Alex chooses to harness Charlotte’s anger, she will then lash out at her friends. Additionally, Charlotte can be seen acting completely dejected and hollow at the Spring Festival. While she may still remain hurt and angry, leaving her with her emotions is the better choice and gives her the opportunity to work through her grief rather than take it away from her. 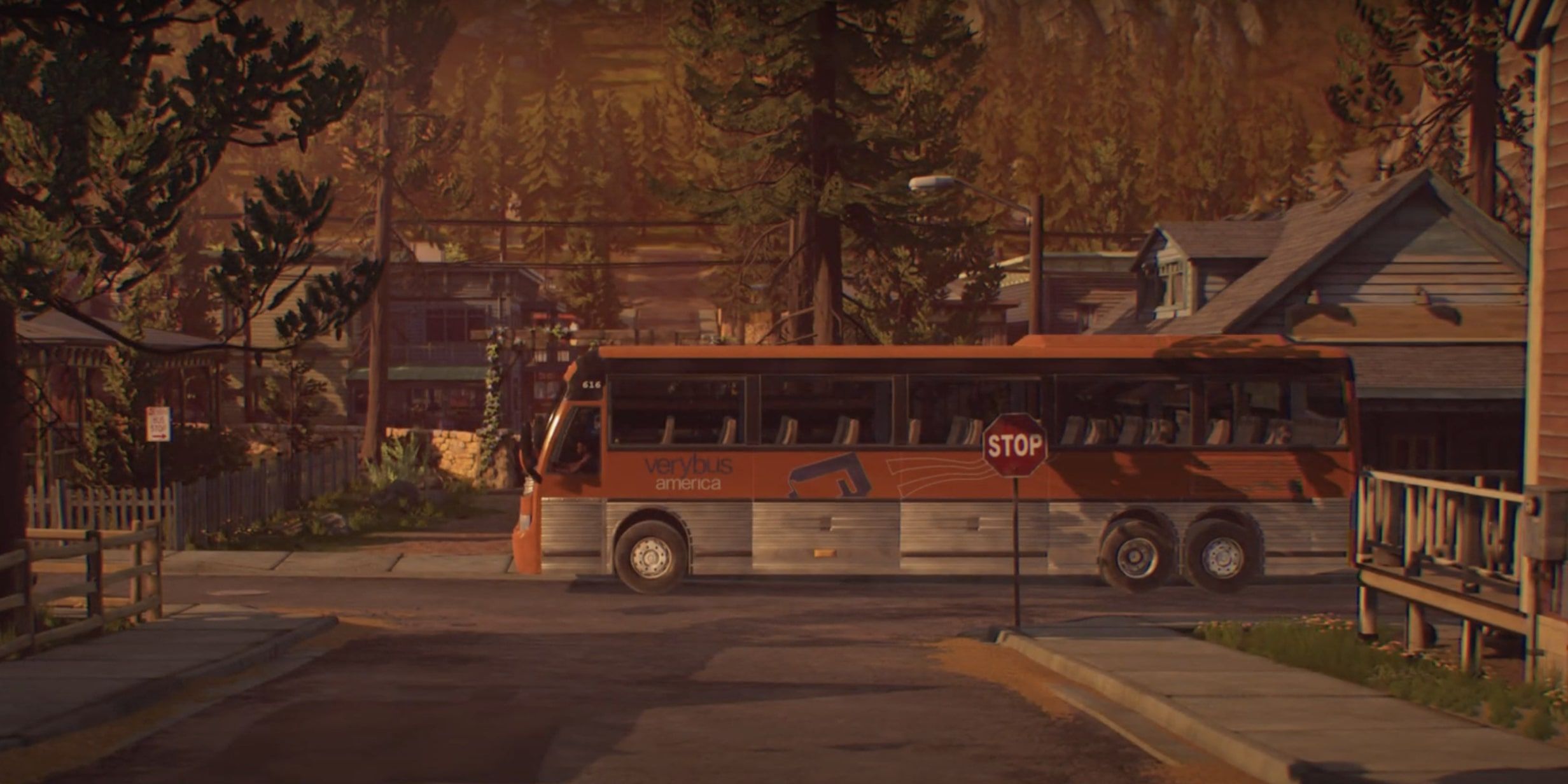 So much of Life Is Strange: True Colors is about family, acceptance, and community. While it seems like Alex has finally found that in the town of Haven Springs, the death of her brother and the truth behind his death make the town a less than perfect place for her to settle down into.

However, the people and love they have for her make it a place Alex comes to think of as a home. When the game then gives you the choice to stay in Haven or Seek Adventure, you must weigh up what you believe to be the best thing for Alex and what the overall narrative of the game is pushing her towards. While it may seem like a simple choice, it is still a hard decision as there really isn’t a bad or obvious option.