You are here:
Home / The most bizarre moments in Sonic the Hedgehog history

The most bizarre moments in Sonic the Hedgehog history 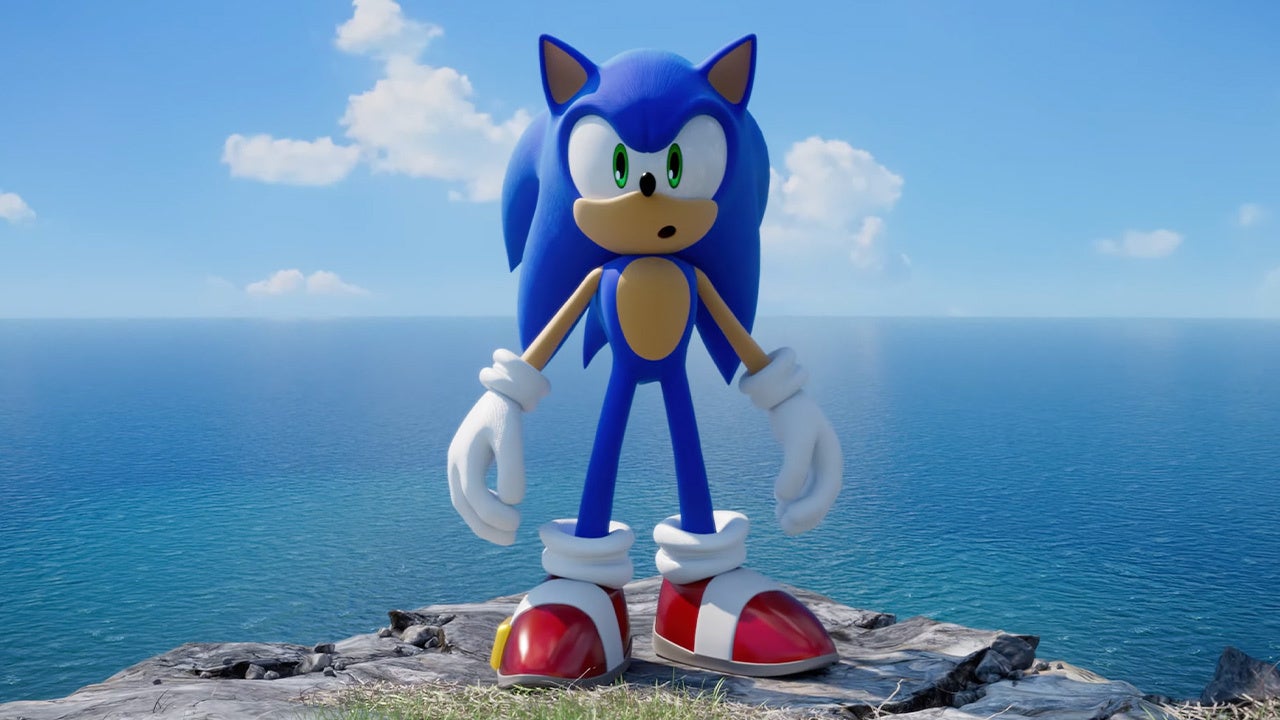 GameCentral explores the strangest moments in Sonic the Hedgehog’s history, from Sonic Underground to the world’s worst Happy Meals.

Sonic the Hedgehog’s story spans across multiple universes, including video games, movies, TV series, comic books, and adverts. In that time, there have been highs and lows, but there have also been moments that are just straight up bonkers.

From Knuckles being microwaved in an egg by his father, in the Archie comics, to Tails falling in love with a plant girl who he later has to murder to save the universe in Sonic X, this franchise has seen it all. So grab a chilli dog and enjoy this tour of some of the craziest moments in the world of Sonic.

Yes, I’m referring to the 2006 game Sonic the Hedgehog, which was Sega’s attempt to bring Sonic into the world of the then next generation of consoles. Princess Elise is the romantic interest, a young (human) woman who has some magic flames sealed inside of her soul. These are released when she cries, and when that happens it will mark the end of the world.

The climax of the game happens when Sonic is killed by a time-travelling goo creature called Mephiles, causing Elise to shed tears and the world to go to ruin – despite a very awkward and undeveloped romance with our blue hero.

Sonic’s friends realise that to bring him back to life, they must retrieve the seven chaos emeralds and assemble them around his body. Elise gives a big speech, and then lays a big wet one on the very dead hedgehog, who is resurrected in his super form to take on the final boss.

Even if you can get past the question mark over potential bestiality, the chemistry is simply non-existent. It seems like the writers realised this, as the ending of the game resets time, so essentially none of the events ever happen, and Sonic and Elise never met. Thank chaos, I say.

Everything about Sonic Underground

There are numerous explanations for Sonic’s background, which has remained largely a mystery in the actual video games. However, Sonic Underground gives him a whole family, and a career as a musician. Sonic is a triplet in this series – the brother of Sonia and Manic (creative names, I know). The three are searching for their mother, Queen Aleena Hedgehog – meaning that they are all heirs to the throne.

But that’s not all! Sonic also has a medallion in the shape of a guitar, which can then turn into an actual instrument that he can use to shoot lasers at enemies. His sister and brother also wear similar jewellery, except they are in the shapes of a keyboard and drums, respectively. And hey presto, we have three instruments there to make up a band.

If you are confused about the storyline of Sonic Underground, then never fear – the intro sequence lays it out very plainly.

Finally, every episode also included an original song themed around the sub-plot. More impressively, each triplet was voiced by the same actor, Jaleel White, who also sung all the vocals.

Shadow the Hedgehog is one of the most popular characters in the fandom for a reason. His origin story is undeniably tragic, and his presence as an anti-hero was a breath of a fresh air. However, when his own game rolled around, the emo-fication took hold.

Shadow carries a massive gun on the cover art and cruises around on a motorbike, despite having super speed and the ability to teleport. There is also an excessive use of the word ‘damn’ in the game – since not even Shadow is edgy enough to drop the F-bomb in a game about a hedgehog that runs really fast.

Sonic Adventure 2 already established that Shadow was artificially created in a lab by Doctor Gerald Robotnik, Eggman’s grandfather. However, this game explores alternative pathways for his backstory, including that he is one of hundreds of clones created by Eggman for reasons that are largely unclear.

When the true ending is revealed, we discover Shadow is not an Android clone, but the son of a giant, bling-wearing alien called Black Doom. At least the hedgehog has his father’s red eyes, I guess?

What should have been a complete disaster for the Sonic franchise somehow turned into a bit of a success. The first design of his character for the 2020 live action film, starring Ben Schwartz, was horrifying, and somehow even worse when set to the thumping bass of Coolio’s Gangsta’s Paradise in the first trailer.

The turnaround on Sonic’s redesign was remarkable, but the internet never forgot the original look, and neither did Hollywood. Chip ‘n Dale: Rescue Rangers brought ‘Ugly Sonic’ into its universe, voiced by Tim Robinson. One of the head honchos at Sega, Takashi Iizuka, saw the funny side and allowed the inclusion, although he didn’t know it was happening until the film released.

Even the teaser for 2022’s Sonic the Hedgehog 2 included stills of the original disturbing design, as well as a picture of Idris Elba wearing Knuckles gloves and the infamous ‘Sanic’ drawing.

Our hero is summoned by the granddaughter of Merlin, Merlina (imaginative, eh?) to defeat King Arthur with the sacred sword, Caliburn. Oh yes – did I mention the sword talks? It’s got a pretty haughty attitude, opting to call Sonic ‘Knave the Hedgehog’. Caliburn is also compulsory throughout the game and the only way to attack enemies. Who needs homing attacks, anyway?

If that all wasn’t enough, Sonic is surrounded by alternative dimension versions of his friends. Amy Rose takes up the role of Nimue, Lady of the Lake; whilst Shadow the Hedgehog, Knuckles the Echidna, and Blaze the Cat are Lancelot, Gawain, and Percival, respectively.

It all amounted to that classic Sonic combination of deeply strange and not very good, leaving Sega to quietly can the whole storybook concept.

Sonic has appeared in many adverts over the years, many of which speak for themselves. There is the 1998 advert for Sonic Adventure, in which a plushie of the blue hedgehog falls, seemingly to his death, down a waterfall as his friends scream in horror, set to a knock-off of the Indiana Jones theme.

Then, there is this iconic McDonald’s commercial from Pakistan for a Happy Meal game involving the Sonic characters in various different sports. Take particular note of the design of Rouge the Bat – a big deviation from her usual form.

Let’s round it off with this advert for Sonic limited-edition pasta, in which a mother lobs a can at her son whilst he’s playing video games.