You are here:
Home / The Legend Of Zelda: Breath Of The Wild Is The Perfect Christmas Break Game

The Legend Of Zelda: Breath Of The Wild Is The Perfect Christmas Break Game

Over Christmas Break, I wanted to play a bunch of Mass Effect. I even wrote about it in a vain attempt to force myself to do it. But, I vastly overestimated the amount of time I would be able to spend parked in front of my PS5, which meant that my Commander Shepard has only just reached the Citadel.

Other console games also got minimal attention. I played an hour of Elden Ring and a few hours of Horizon Forbidden West. But, over the two weeks I was off, I played many, many hours of The Legend of Zelda: Breath of the Wild.

Zelda has been a consistent holiday go-to for almost my entire life. I got Ocarina of Time with my N64 more than 20 years ago, and have kept playing Link’s adventures ever since. In 2011, I finally finished Ocarina of Time when I got a copy of the 3DS version, marathoning it over that Christmas break. This year, as an afterthought, I packed Breath of the Wild in my duffel on the off chance that, in between the hours I planned to devote to Splatoon 3, it might be a good time to start a replay. 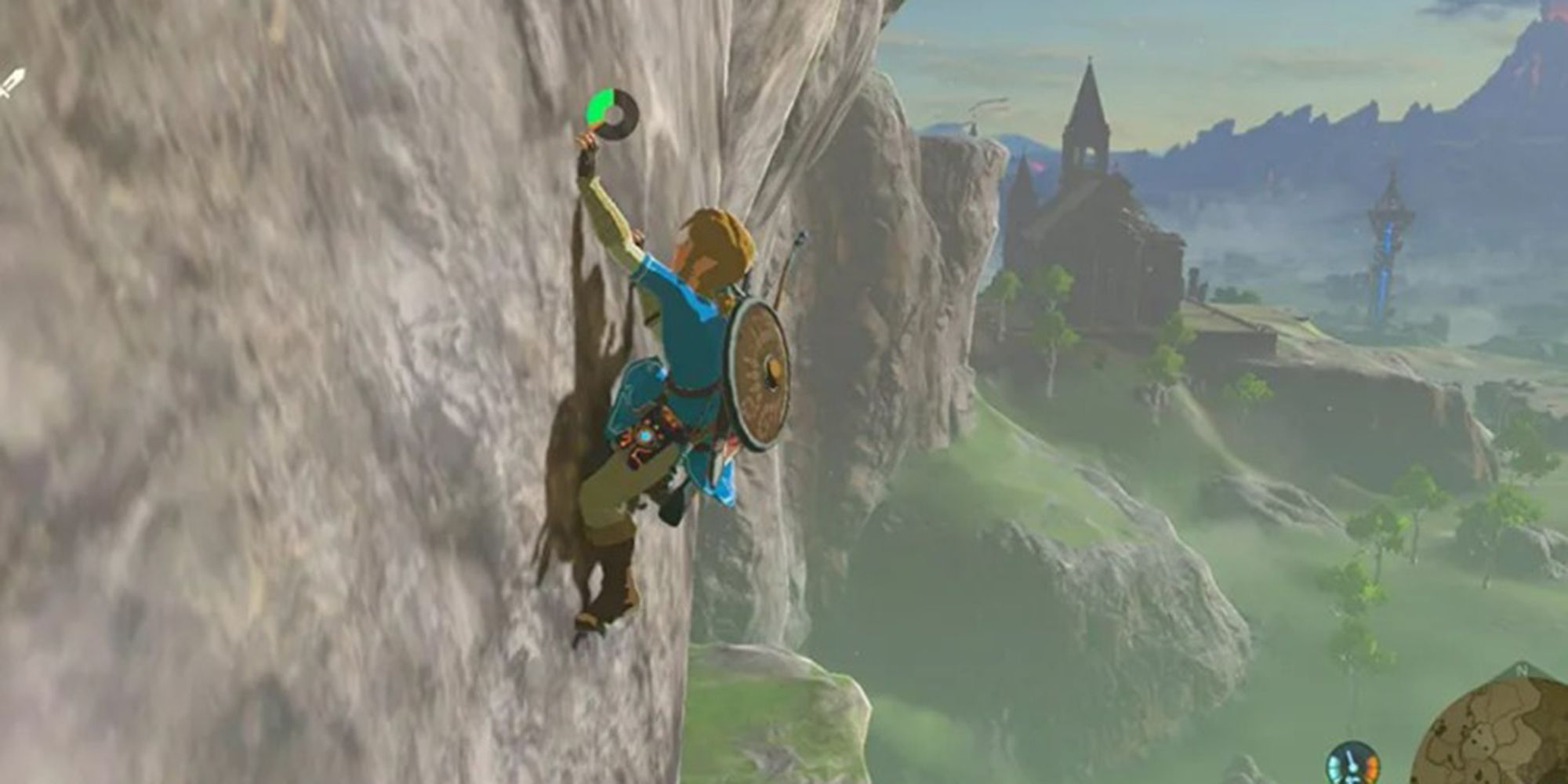 Turns out it was (to the extent that I didn't end up touching Splatoon 3 at all). I first played BOTW back in 2017 on the Wii U. It was my favorite game of that (extremely stacked) year and pretty quickly cemented its status as my favorite game of all time. But, I made the mistake of returning to it too early, when I picked up the Switch version in 2019. It hadn’t been long enough, it was still too fresh in my mind — plus I hadn’t yet purchased the HORI Split Pad Pro, which makes it possible to hold the Switch for longer than an hour without getting hand cramps — and I bounced off it before finishing it.

Now, four years later — memories fuzzier, ergonomic controller attached — I started Breath of the Wild again. This time, it took off like Master Cycle Zero speeding off a Dueling Peak.

Portable games are perfect for family gatherings. As someone who wants to spend time with my family and my in-laws even if we’re not doing the same activity, playing a game on Switch lets me do my own thing while still being in the same room. While I did really want to play Mass Effect, until I shell out for a Steam Deck, I can’t play it portably. 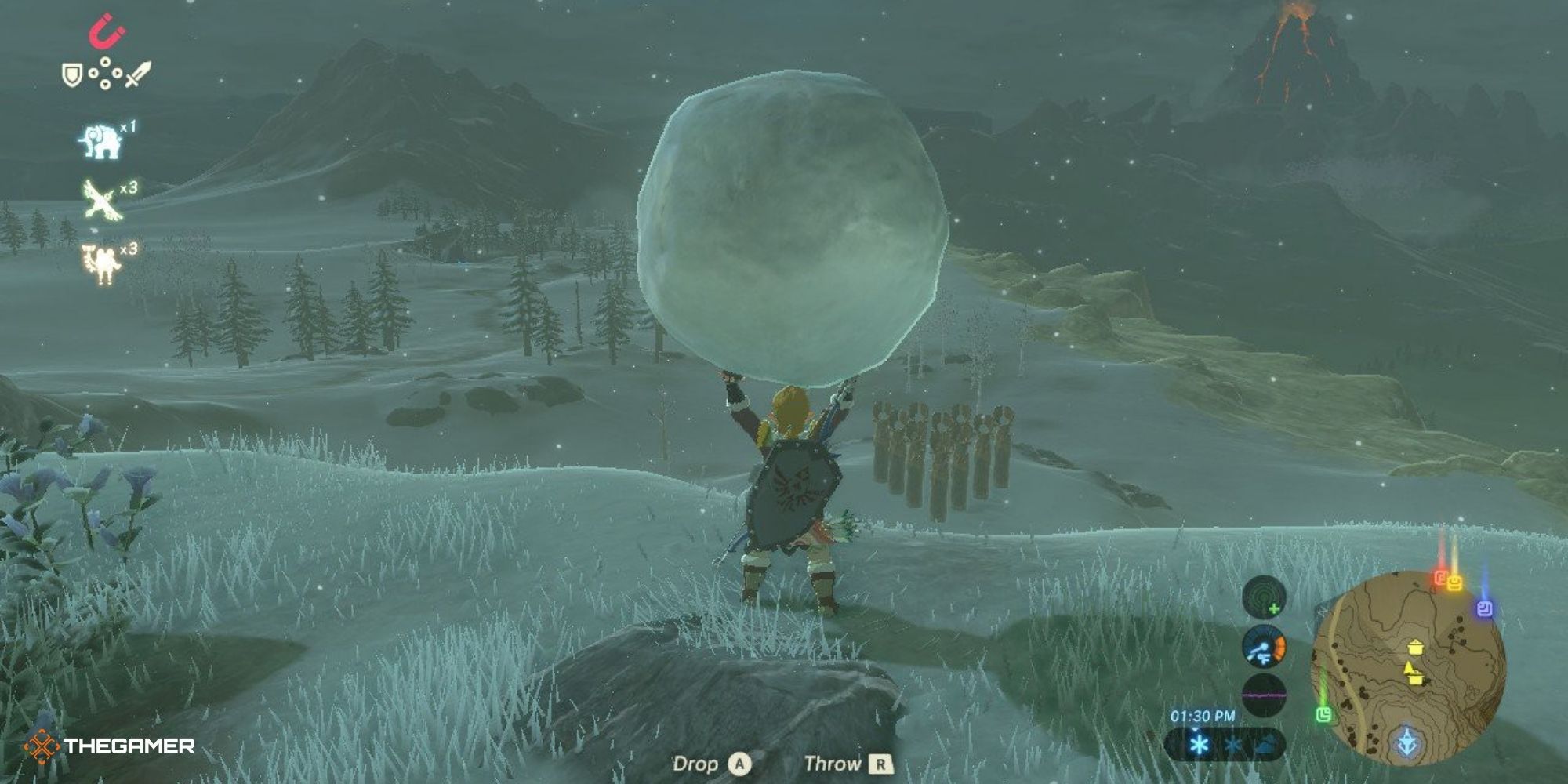 The portable Zeldas are especially perfect for this kind of play. They don’t require much reading and their cutscenes aren’t the draw. They have good art direction, but they don’t require pristine image quality to be fully enjoyed. Breath of the Wild is the pinnacle of portable gaming because it’s incredibly self-directed. You can watch a cinematic or do a more story-focused quest if you feel like it, but you can also just spend hours exploring its open-world. And, that’s mostly what I did.

At my in-laws, I could suspend BOTW and go play Rumikub or Wingspan or Sequence at a moment’s notice. At my parents’, I could be in the room while they were rewatching The Newsroom, the TV series that offers the purest distillation of Aaron Sorkin's penchant for sharp dialogue and aggressive centrism, for the third or fourth time. Because it has, weirdly, become a holiday tradition to rewatch it, I have also seen most of it multiple times, so I could follow each episode without actually looking at the TV.

This is what Christmas break is for: extremely lackadaisical multitasking. Breath of the Wild allowed me to switch effortlessly between tasks that required critical thinking — like its shrines and Divine Beasts — and objectives that required less thought and more intuition — like exploration, combat, and cooking.

I'm sorry Mass Effect, I hate to say it, but you are a work week game. Breath of the Wild remains king of the post-Christmas dinner lazy boy fugue state. May it never be overthrown.