You are here:
Home / The Last Of Us Series: All Confirmed Actors And Their Characters

The Last Of Us Series: All Confirmed Actors And Their Characters

The time to relive this modern classic on television is close. During The Last of Us Day, HBO released a teaser of the series they're developing based on the game (on Part 1 and Left Behind, as it seems). Here, we'll get the chance to experience a different take on this post-apocalyptic Greek tragedy that became an instant classic from Naughty Dog. And, whenever a movie or a series adaptation happens, there's always the curiosity of knowing who will play the characters we know and love (or hate).

From protagonists to minor characters, we already have part of the cast confirmed, while we still wait to hear about some big characters. Here are the ones we are aware of so far. 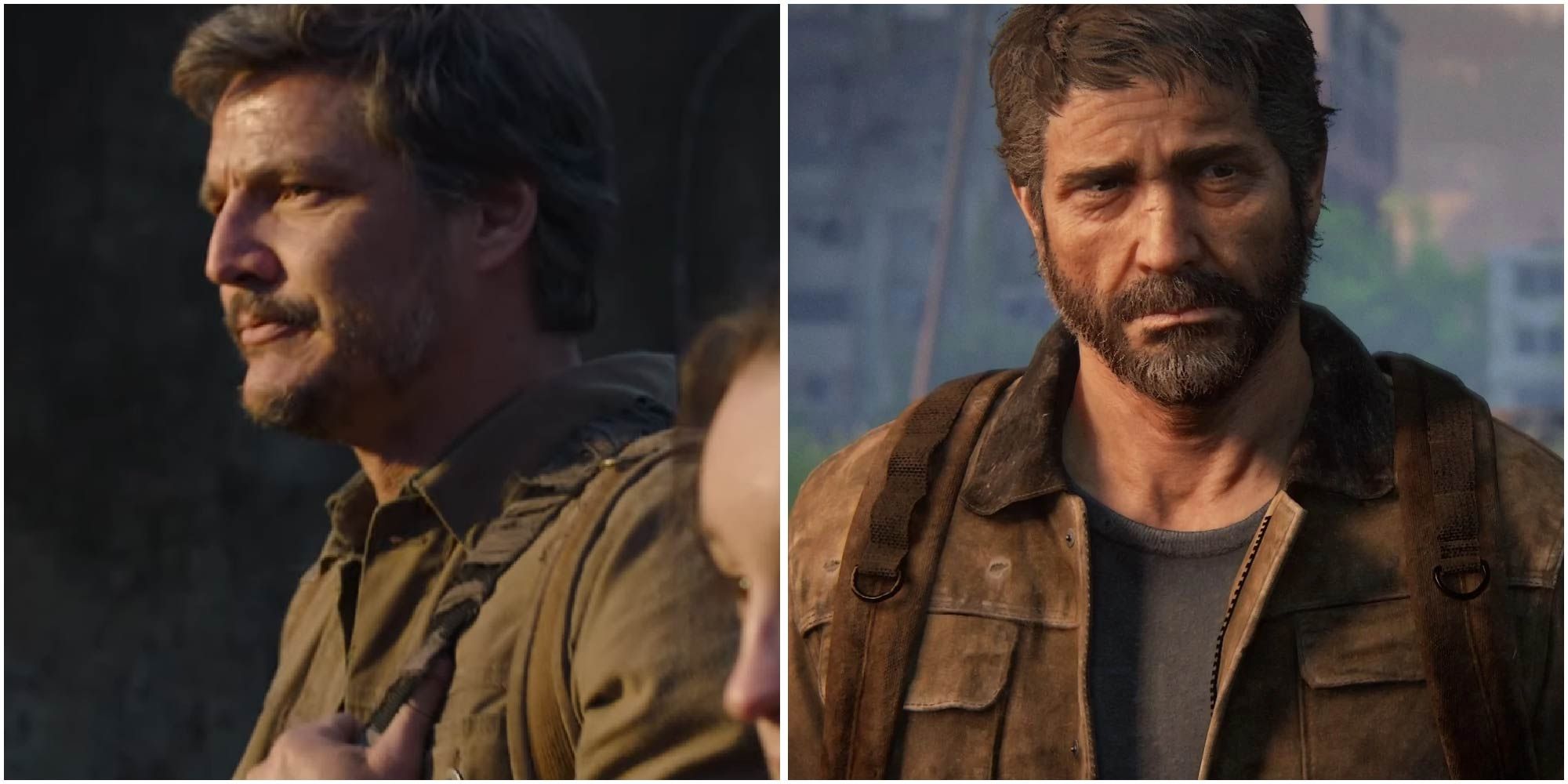 Guess playing the Mandalorian was good for his portfolio. Our main protagonist and one of our favorite dads in video games will be portrayed by the beloved Pedro Pascal. Though in reality, he can be quite funny and goofy, he knows how to portray serious characters with perfection, making this a very solid casting choice.

We only had a teaser so far, but it's noticeable that the essence of this broken character was masterfully adapted and kept by Pedro, which only makes us more anxious to watch this show at once. 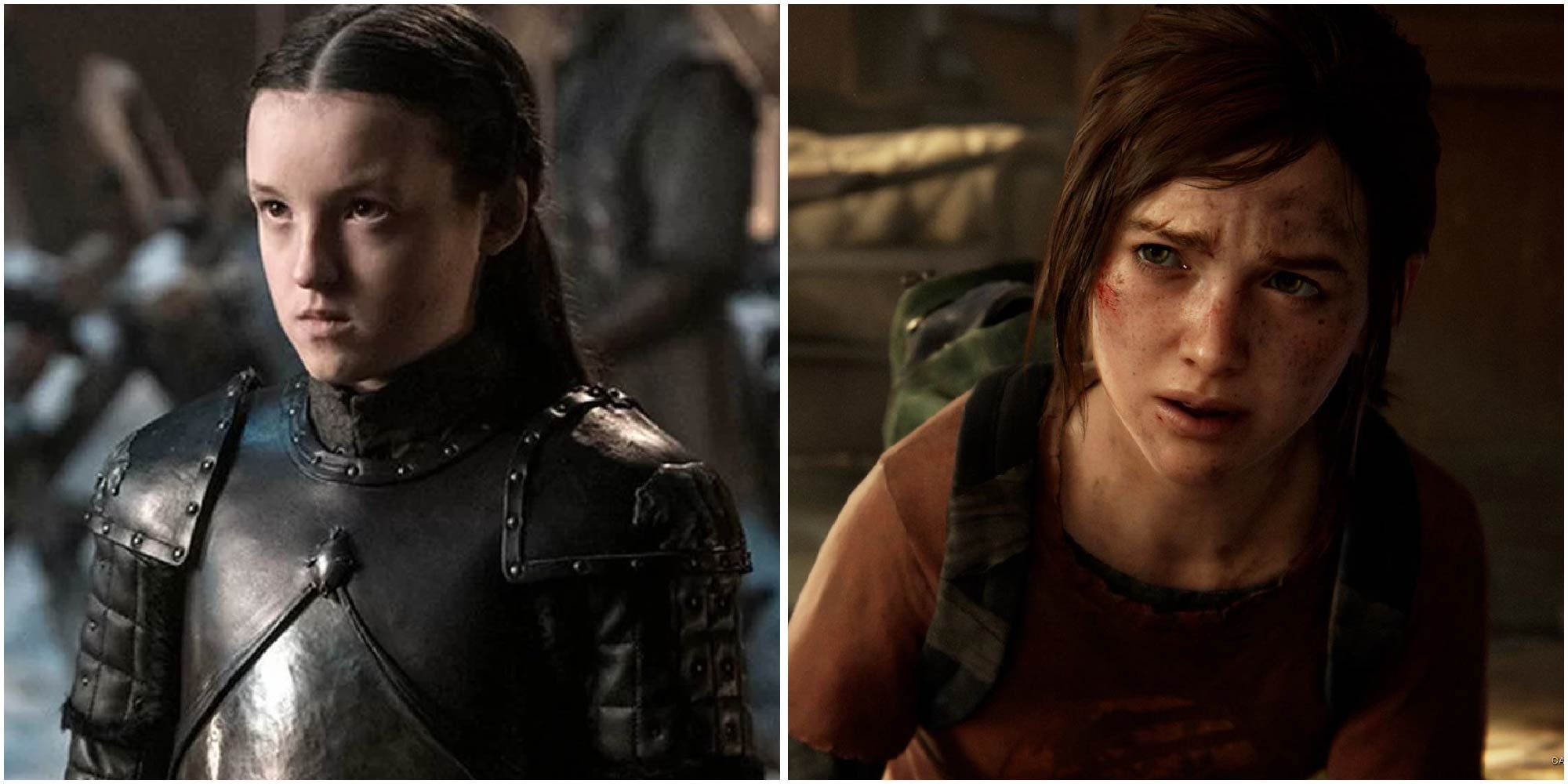 Our other protagonist and one of the most badass people in this world, Bella will be responsible for bringing Ellie into life on the show. We haven't got much outside of her appearance since the teaser focused on the tone of the show rather than anything, but it is still a powerful casting choice.

Bella isn't as famous as Pedro, but she got a lot of recognition as Lyanna Mormont in Game of Thrones. Though it was a small role, she managed to steal the spotlight to herself every time she showed up. If that is what she's capable of as a side character, then she as a leading character will be a delight to see. 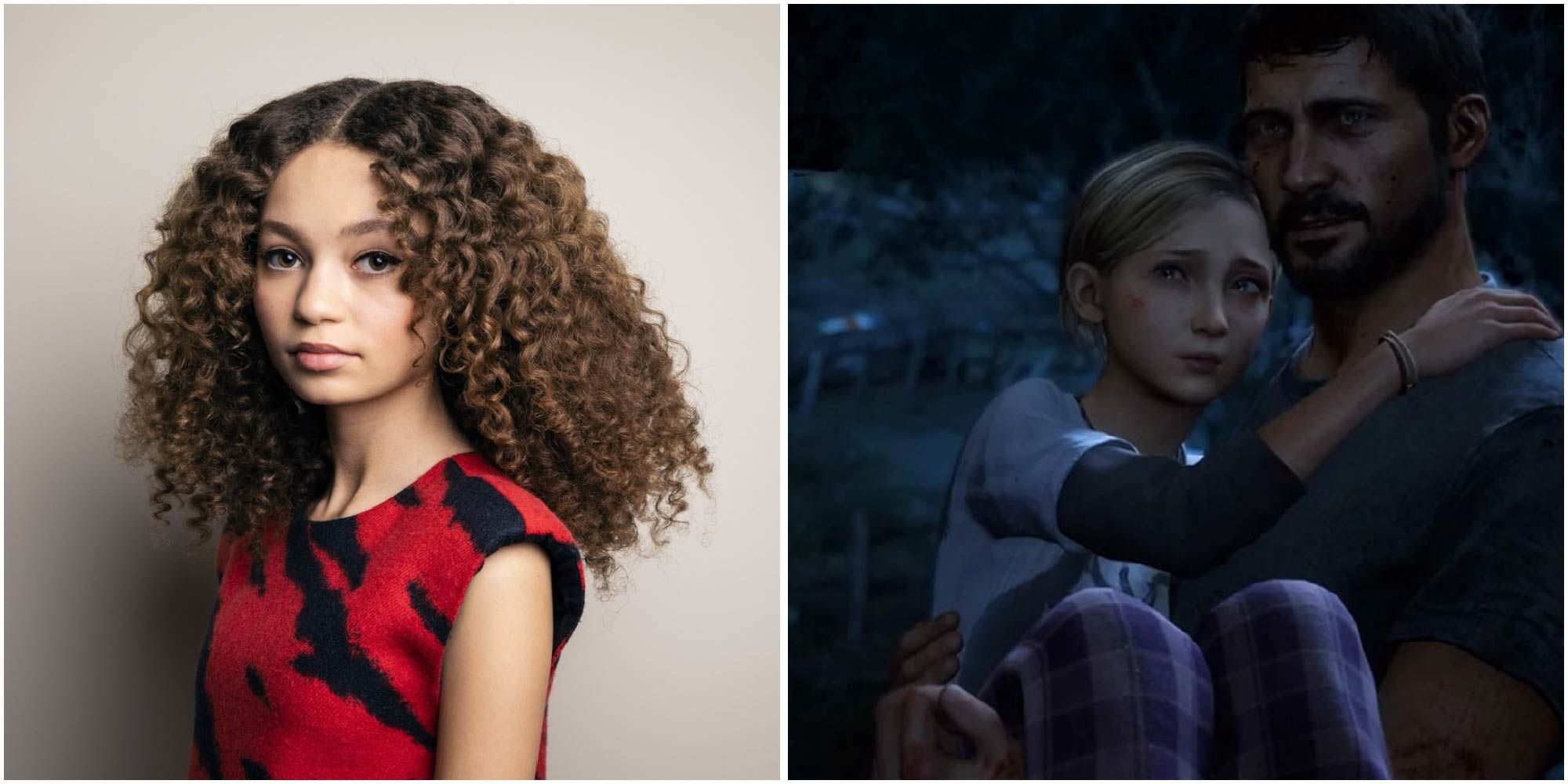 Our other beloved girl, one that sadly won't stay around for too long, will be played by Nico Parker. She's relatively new in the movie business, with her most notorious role being Milly Farrier, from the live-action Dumbo movie.

She's also listed only for a couple of episodes on IMDb, which is also expected considering the events of the first game. Still, considering the episodes are long, that means her appearance could've been expanded compared to the games. Or maybe there are flashbacks with her, but that remains to be seen. 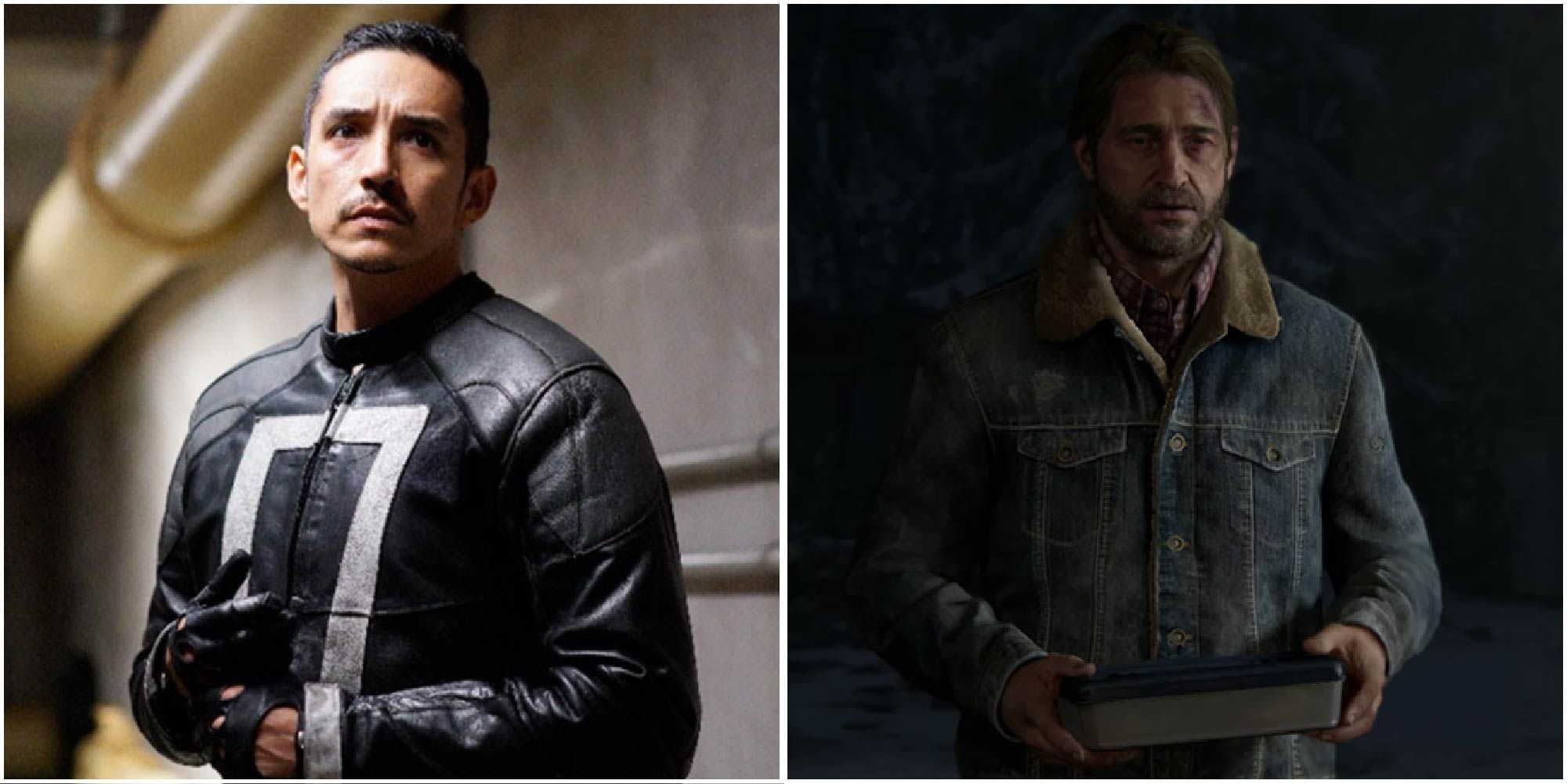 Joel's younger brother got a wonderful actor to himself. Gabriel Luna has quite the filmography to back him up, but for us here from geek culture, he's famous for portraying none other than the Ghost Rider during Marvel's Agents of Shield fourth season. And don't worry, he's preparing himself for the task at hand.

Tommy and Joel have a somewhat complicated relationship, and seeing that in action during the series will likely be one of its highlights. And who knows, they may go even deeper on it, considering that Luna is set to appear in a lot of episodes.

7/11 Nick Offerman As Bill And Murray Bartlett As Frank 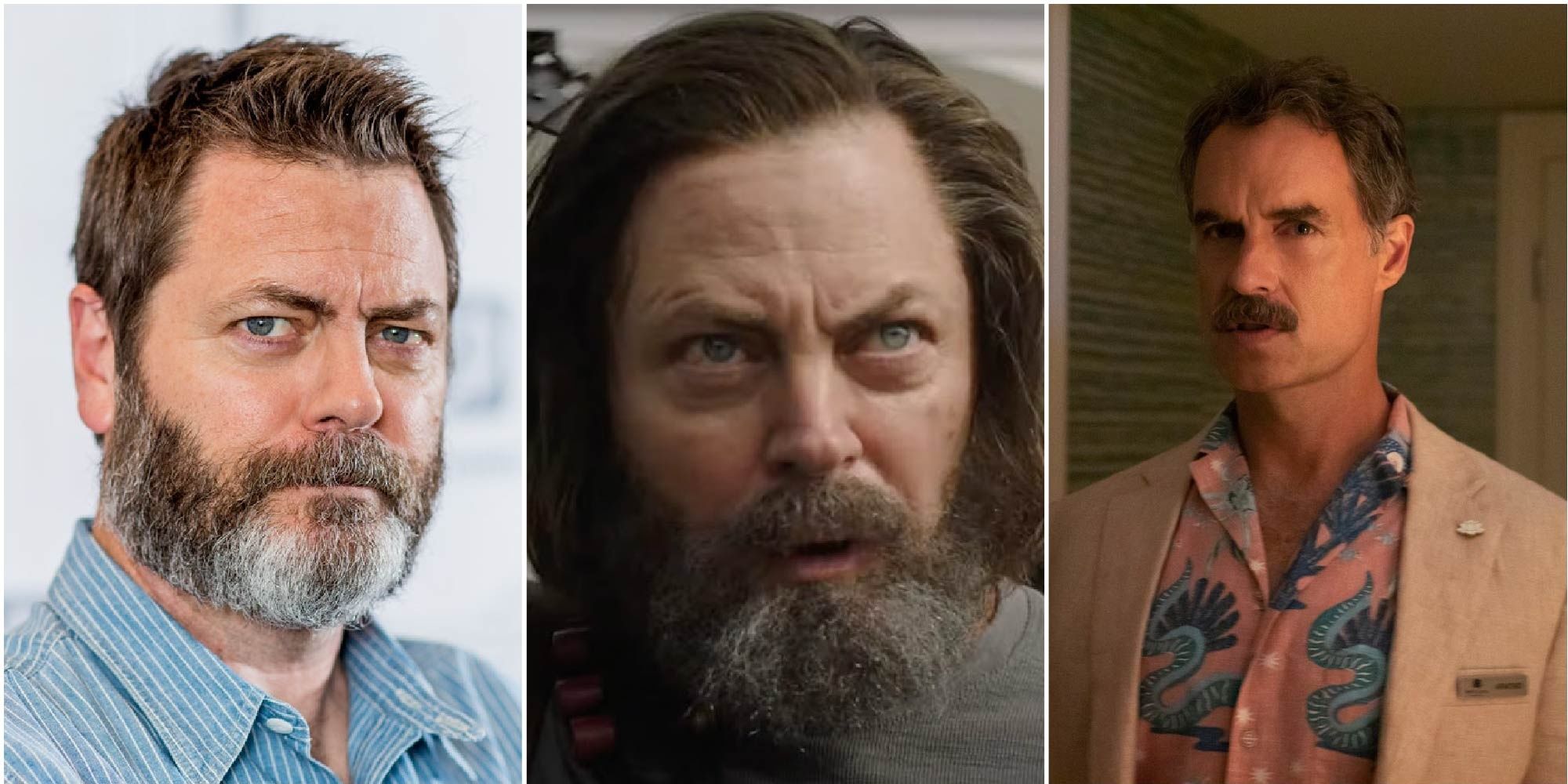 Yet another perfect casting choice, we have Nick as our grumpy friend from Lincoln, a town he pretty much controls and keeps all infected there in check. He's also set to appear in a lot of episodes, so there's a good chance his role will be expanded.

One thing that we can already notice in the teaser, is that it shows a scene between Bill and Frank, his very close friend. That is already a curious change, considering these characters didn't appear together during the game. In fact, there's not even a proper image of Frank from the games to display here.

Frank will be portrayed by Murray Bartlett, an actor who is getting more fame thanks to his role in The White Lotus, and also curiously appeared in the Iron Fist series. 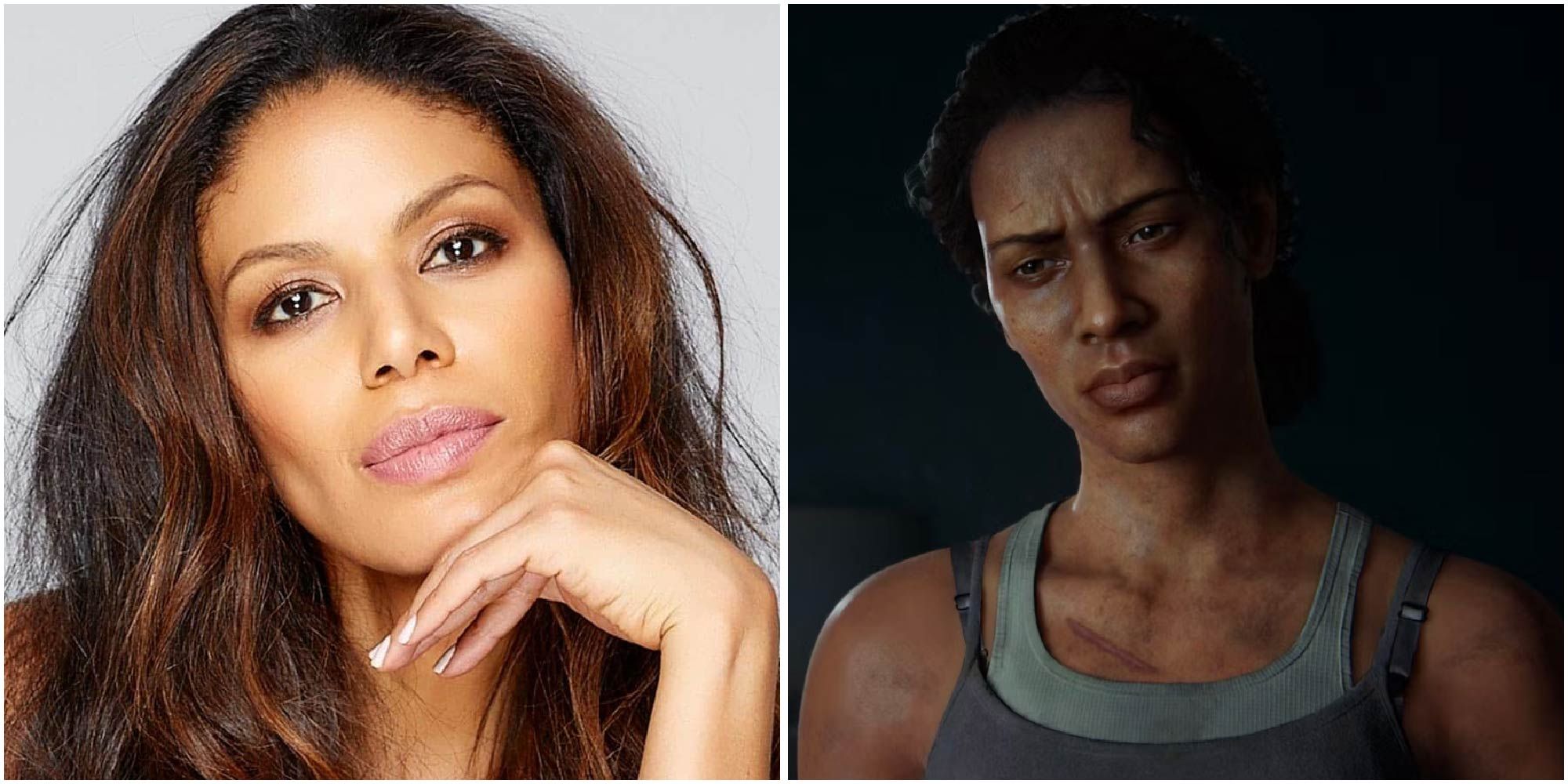 And things get better. Not only Merle Dandridge is the one who's bringing Marlene to life in the series, but she is the same actress who played Marlene in the games as well. In other words, we have one of the original actors here, playing their original character as well.

5/11 Lamar Johnson As Henry And Keivonn Woodard As Sam 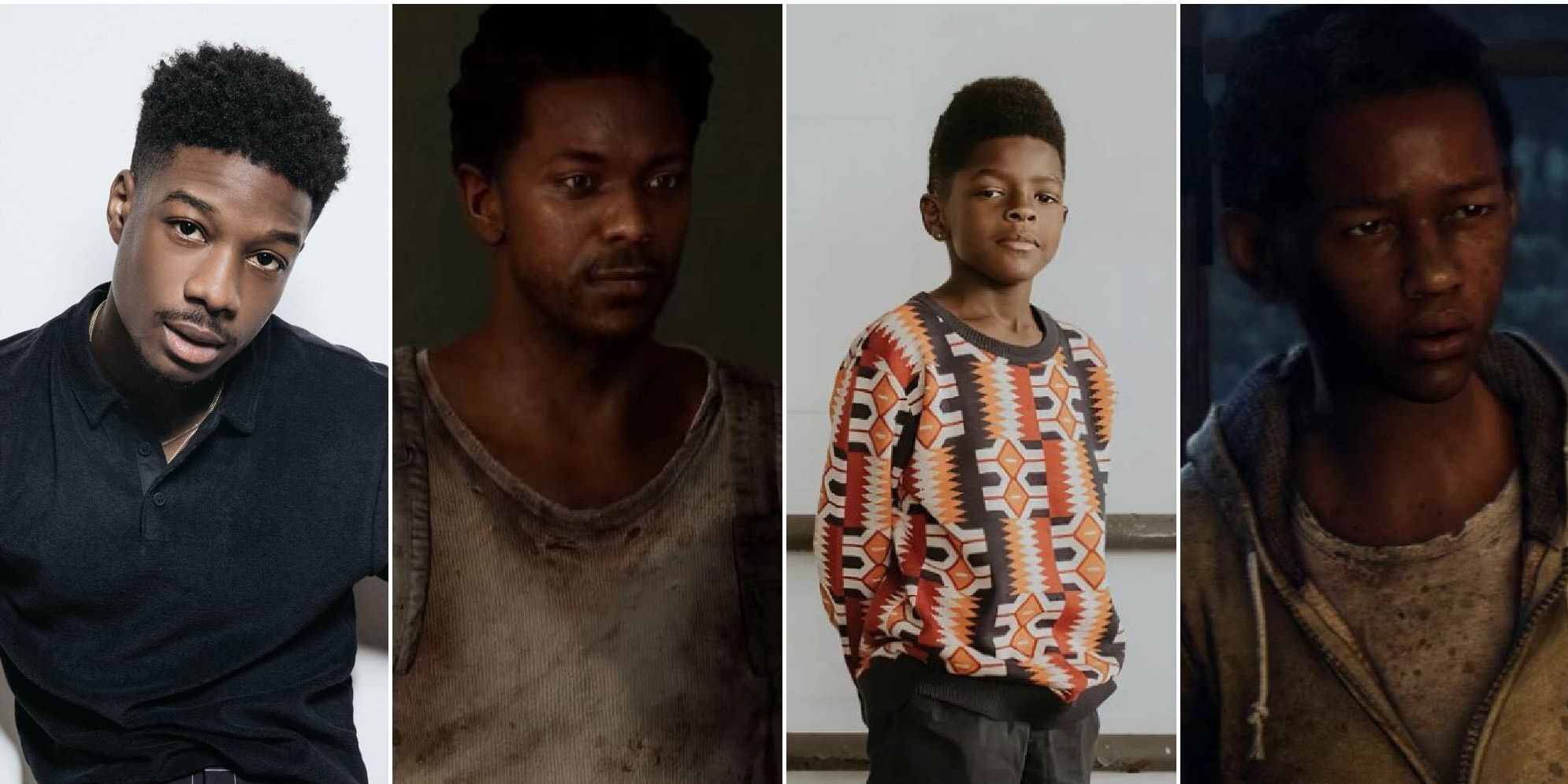 The other dynamic duo from the game, where they help us avoid dangerous hunters on the way to the Fireflies. These brothers participate in one of the most intense moments of the story, and seeing them once more will be beautiful and bittersweet.

While Lamar is known for works such as Your Honor and The Hate You Give, this will be one of Keivonn's first bigger roles. Another curiosity is that the actor is deaf, meaning Sam will likely use ASL during the show. 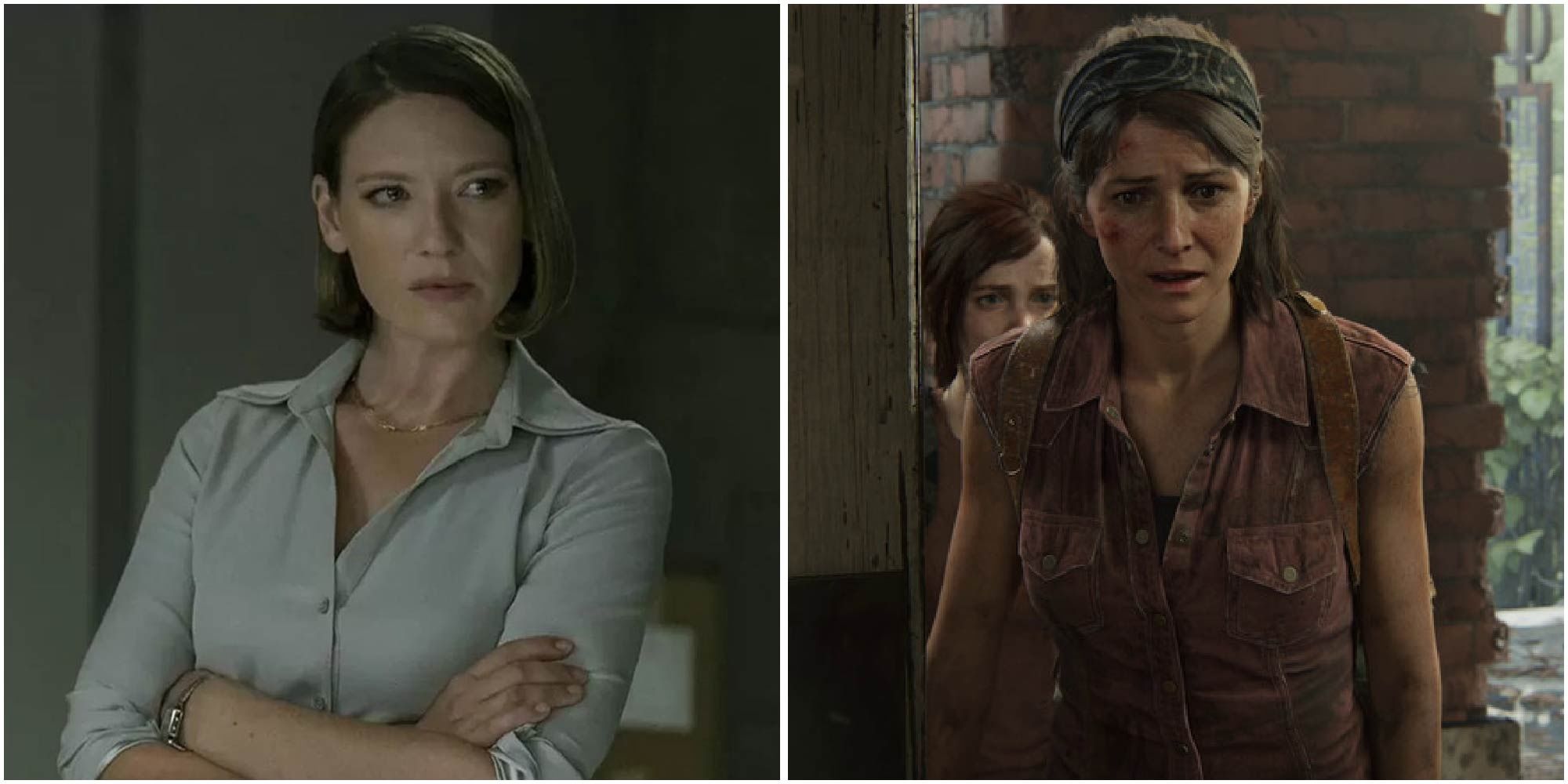 Another beloved character (because let's face it, they're either beloved or hated, no middle ground here) is Tess, who is likely the only close friend Joel has had throughout the game. She's strong and capable, unlike games where the people who follow you do nothing, and she's amazingly well written to top it off.

Anna Torv will be the one who'll bring Tess to life in the series. She had a big role in the TV series Fringe, and curiously, she's the voice behind Nariko, from Heavenly Sword. 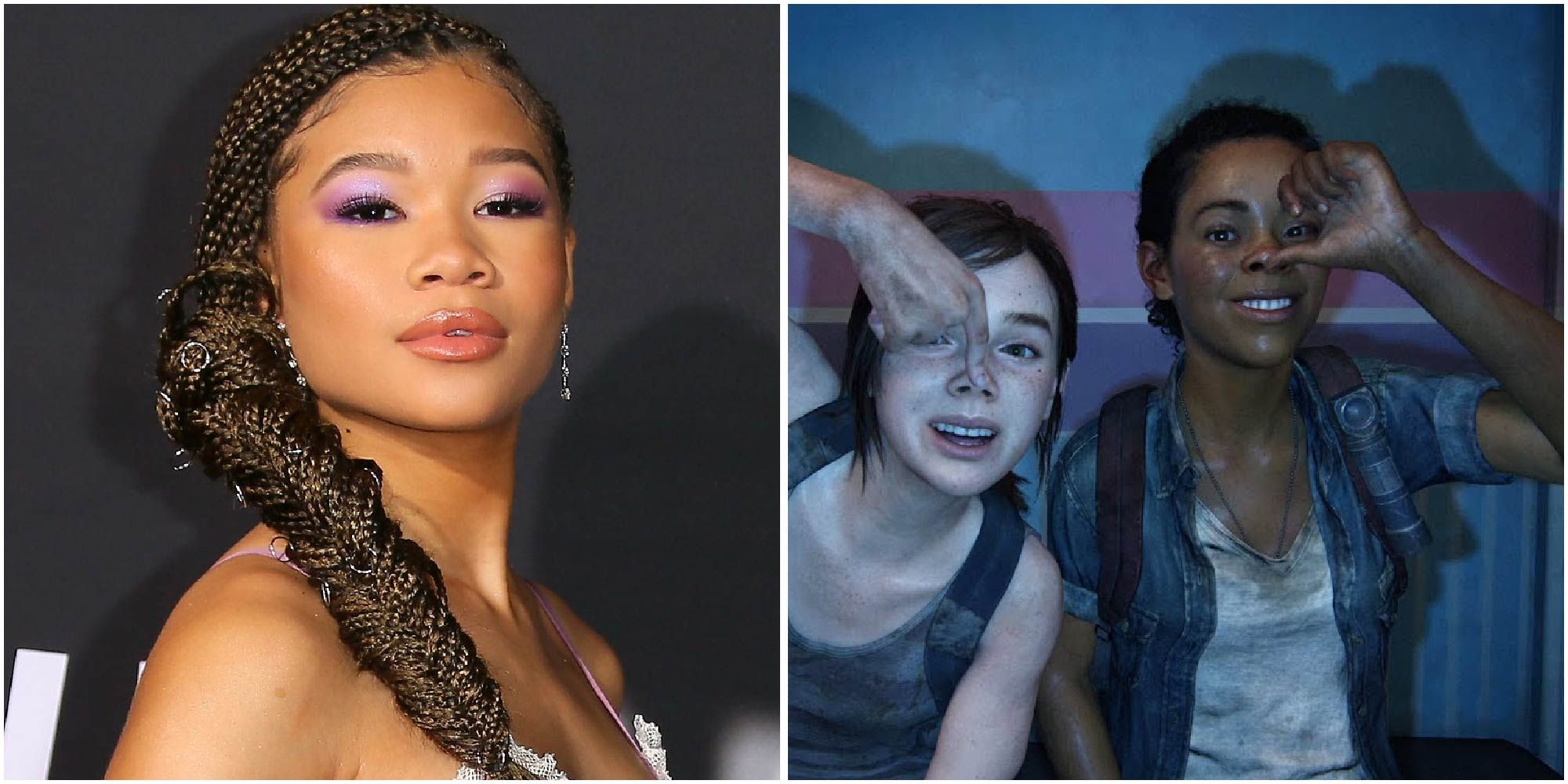 Another very close friend, but this time it's Ellie's. Riley is her friend who builds up as a love interest, but more than that would be spoiler territory. She doesn't appear in the original game, which shows us that the series will also adapt the Left Behind DLC. And, who knows, they may even show us content from the prequel comics American Dreams, which also features Ellie and Riley.

She'll be portrayed by Storm Reid, who has already appeared in Euphoria and was even Bloodsport's daughter in The Suicide Squad. 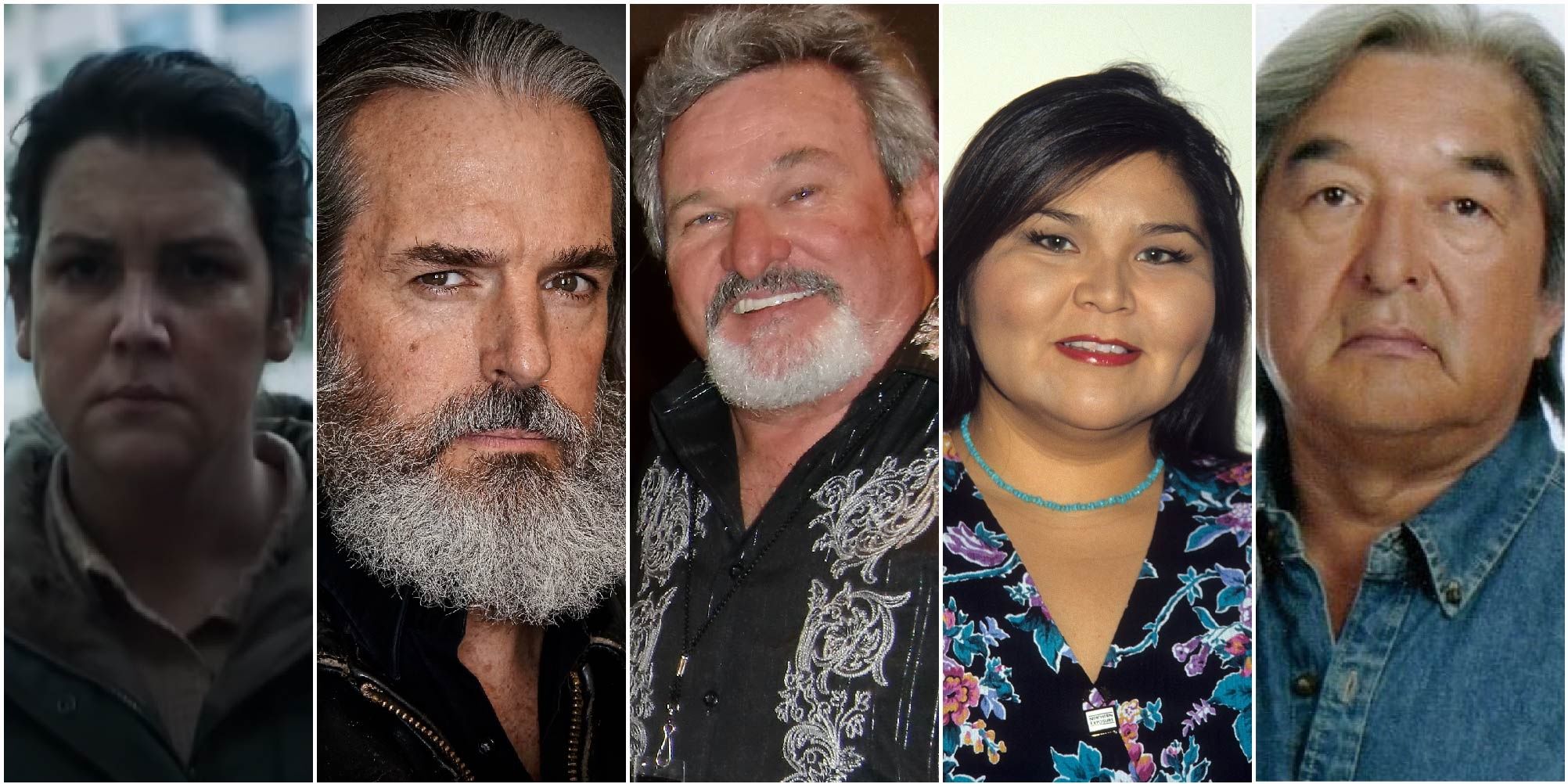 Some names listed in the casting are new. The teaser even shows us a few of the actors who'll be these new characters, but so far, there isn't a lot of information on who they are, or how important they'll be. Some are listed for multiple episodes though, so they could be FEDRA, Fireflies, or Hunters. It's still hard to say for now. From the image above, they're respectively: 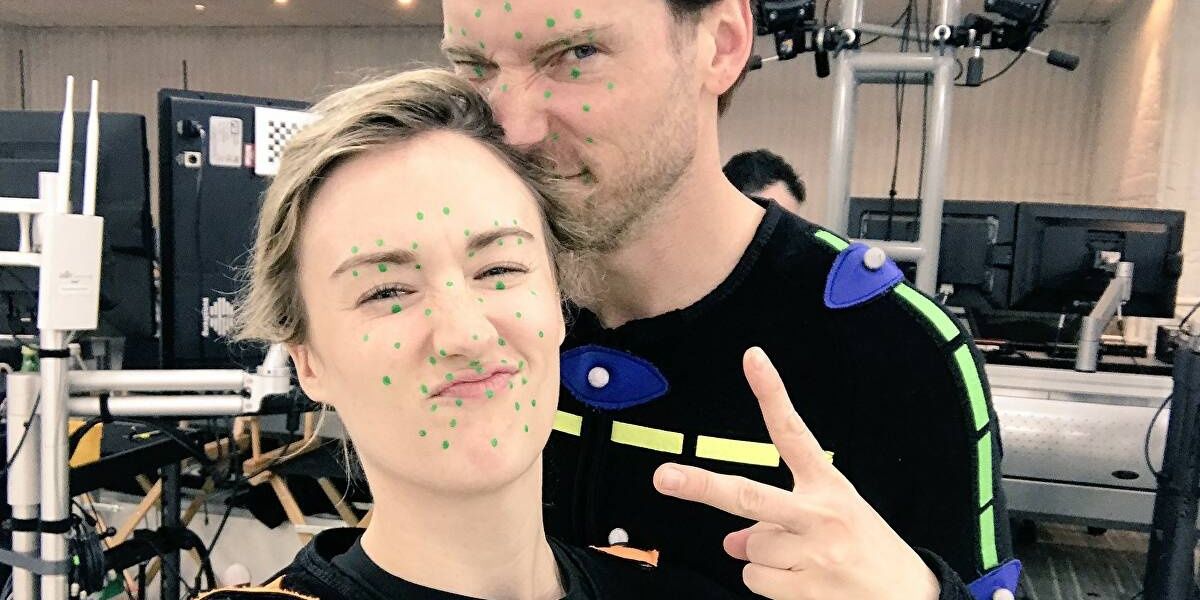 For those who are not aware, our beloved protagonists are portrayed by Troy Baker and Ashley Johnson in the games. Their chemistry and dynamics are responsible for making these characters what they are, and that is something that cannot be denied.

Though they won't portray Joel and Ellie in the series, likely due to age or appearance (though this is just a theory), they will still be on the series, in roles that were not revealed yet. It's uncertain whether they'll be original characters similar to Jeffrey Pierce, or characters whose actors were not announced yet, but it's nice to see that they will appear on the show regardless of what characters they'll portray.