You are here:
Home / The Gunk review – cleaning up the planet

The Gunk review – cleaning up the planet 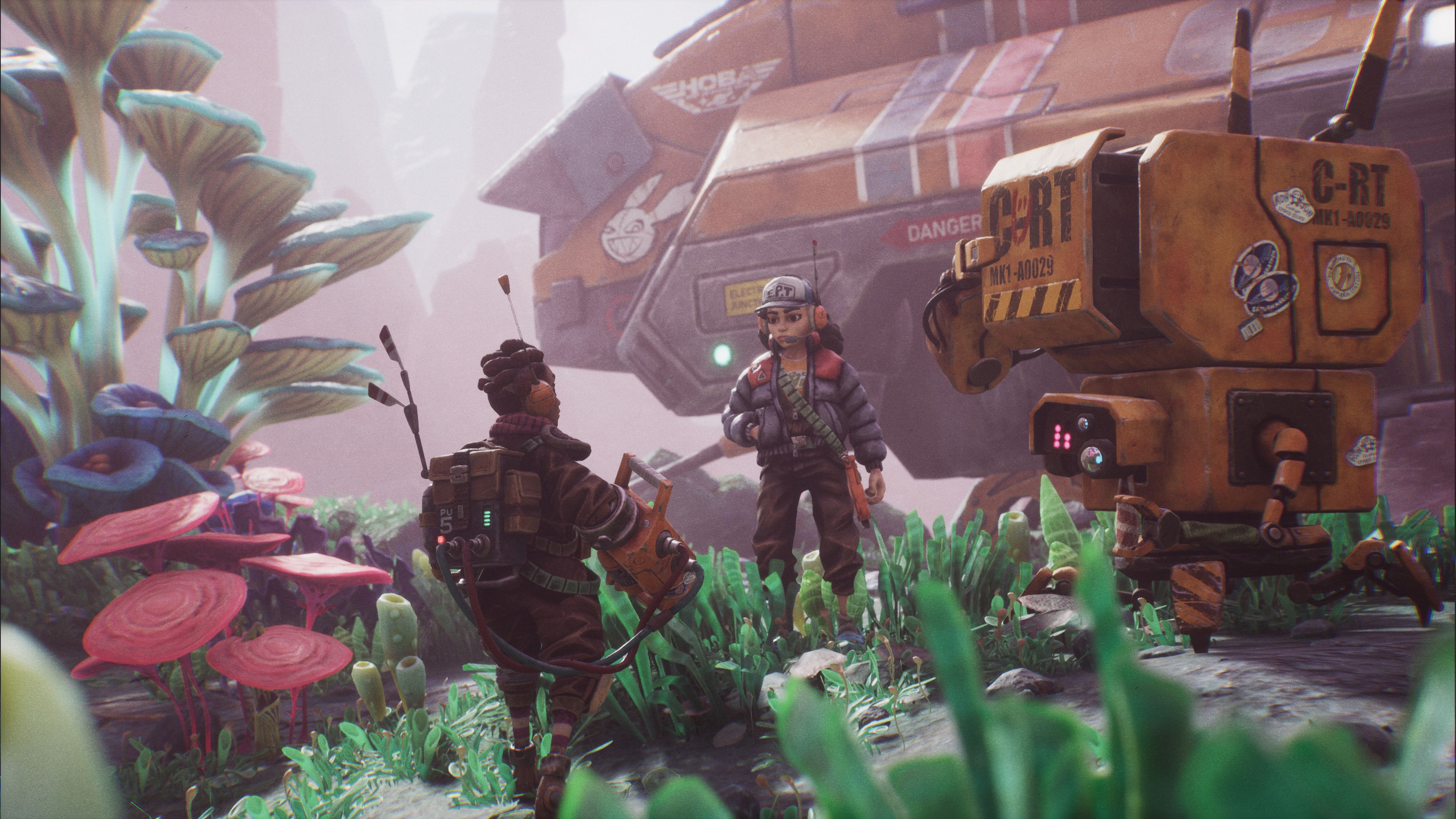 The makers of SteamWorld release their first ever 3D title, with a game that borrows ideas from everything from Ōkami to Luigi’s Mansion.

We often berate publishers for releasing smaller games during busy periods of the year or in the wake of other, much larger titles. Technically December is a quiet month but normally you’d say launching The Gunk a week before Christmas, with zero marketing, would be sending it out to die. But not when it’s on Game Pass, where it suddenly doesn’t matter whether people buy it or not.

The Gunk is the latest game from Swedish studio Image & Form Games and represents not only their first 3D game but their first console title that isn’t part of their amorphous SteamWorld franchise. Given how varied those games have been it’s not surprising to find that The Gunk doesn’t really have much in common with any of them, but it certainly is reminiscent of a number of other titles.

The only significant commonality with the SteamWorld series is that The Gunk takes a relatively common concept, in this case the idea of restoring life to a decaying and lifeless world, and tries to make it seem new and interesting again. A goal which it struggles with far more than you would’ve have expected from Image & Form’s 2D work.

The Gunk focuses on two main characters, with you playing as a scavenger named Rani who, together with her partner Becks, discovers that the planet they were going to scour for salvage is infested with a slimy parasite that’s choking plant life and mutating creatures into aggressive monsters. The plot is very basic but the relationship between Rani and Becks is interesting, as the two begin to argue more and more over what to do and whether the titular gunk is really their concern.

The central tenet of The Gunk is that sucking up the black goo, using Rani’s transforming power glove, and seeing the planet slowly burst back into life is a fundamentally entertaining experience, without the need for further complication. That’s a big risk to take and while hoovering up gunk certainly is satisfying it really isn’t enough to justify the whole game.

Clearing the world of gunk and watching the wildlife instantly spring back is reminiscent of Ōkami but while Capcom’s game was a Zelda style arcade adventure there’s not much else of consequence going on with The Gunk. The puzzle-solving is the strongest element outside of the central clean-up operation, in that occasionally you do have to stop and think about it for a moment – which is more than can be said for most mainstream games.

The combat is considerably less interesting though, and revolves around sucking up small enemies and use them as projectiles against others, with the larger ones having flashing weak points helpfully telling you where to aim. It’s at this point you realise that Luigi’s Mansion must’ve also been a major influence, but The Gunk doesn’t have anything close to that game’s charm or invention.

There’s also a crafting system, involving collected resources, but it gives the distinct impression of being included solely so that vacuuming up gunk wasn’t the only thing you do. You can upgrade your glove but the game’s already so easy it never really seems necessary. Transforming your robot hand into a laser gun is a neat trick but since there’s less than a handful of different enemies, none of which are very difficult to deal with, it’s not the exciting upgrade it could be.

Visually, the game can often be very impressive, with a more realistic style than the SteamWorld games but still maintaining an obvious visual lineage. However, the saturated colours are an odd choice for a game trying to play up the joys of returning the environment to life, as it makes everything seem a bit subdued and sterile whether there’s gunk present or not. The fact that there’s no proper lip synching for the human characters is a shame too, because it’s very noticeable.

The Gunk has many obvious sources of inspiration but in the end the game feels most reminiscent of the recent Kena: Bridge Of Spirits, in that an awful lot of effort, and some very pretty graphics, have been expended on a game without a single unique idea of its own. Both titles are relatively endearing, and certainly inoffensive, but the complete lack of gameplay ambition becomes wearying long before the end.

We certainly wouldn’t recommend paying £20 for The Gunk, but since it is on Game Pass it becomes solely a question of whether it’s worth your time rather than your money. And considering how short it is we’d say that, actually, it probably is – if you’ve got nothing better to do. We’re not sure if making mediocre games more palatable is really the best advert for Game Pass but The Gunk is an amiable time waster and if that’s something you’re in need of this Christmas then maybe the release date wasn’t so unwise after all.