You are here:
Home / The God Of War TV Show Needs To Be Nothing Like The Games

We’ve known for some time that a God of War TV series was coming, but now that it’s been officially picked up by Amazon, we can continue to know that it vaguely exists and very little else. We can, however, speculate about it all over again. I have lots of opinions on the show, some which come down to personal preference, some which are minor hopes or fears, but they’re all encompassed by one overall view that shapes every opinion I have on the show: it needs to be nothing like the games.

The two most recent God of Wars, and particularly Ragnarok, already view themselves as TV shows. Rather than the full-blooded hack ‘n’ slash action of earlier entries, they are slower, more methodical affairs. They feature numerous walk and talks like they’re a Sorkin show, try to make pointed references to modern day issues, and even have a one-shot camera gimmick. To be ‘prestige’ in gaming is to look like a TV show, so it’s no surprise that God of War is following The Last of Us’ footsteps. After the former redefined what it meant to be A Sony Game, the latter reinvented itself. Now, with the former’s show airing next month, the latter is hot on its heels.

However, God of War has far more freedom than The Last of Us. The Last of Us is a single story built around two characters, and while God of War has a similar focus on Kratos (and more recently, Atreus), it casts a wider net. Kratos has, in his younger and more violent days, fought off the Greek pantheon. Now, as an older and wiser father, he was fought in the Norse realms – a reluctant fight, one of defence and protection, not revenge. 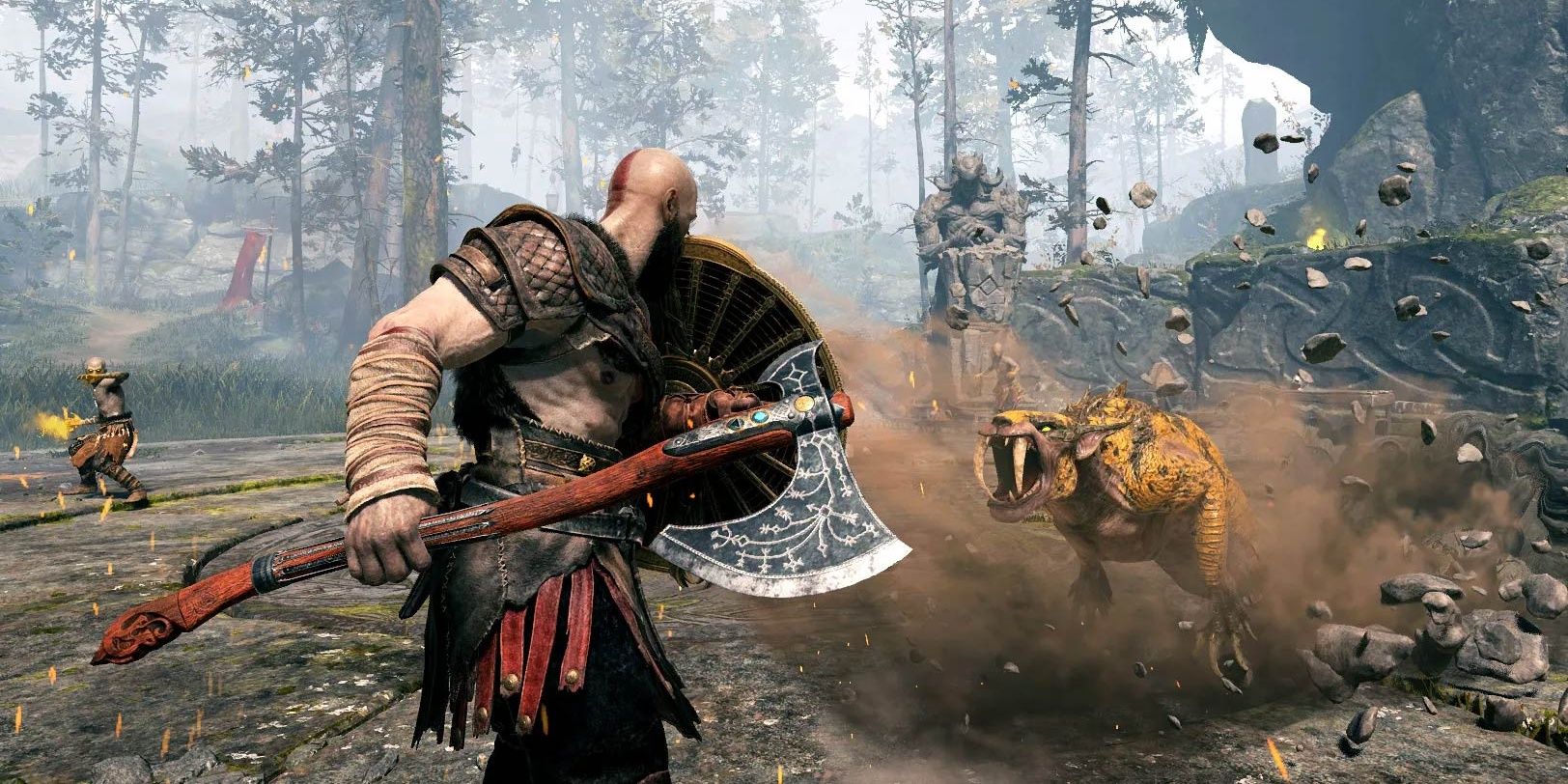 As the more narratively respected and more recent story, the TV show will deal in the Norse pantheon. But a like for like remake feels like a waste. We know what God of War is like as a game, and we also know it’s a lot of walking through the snow while action-packed (if repetitive) combat interrupts exposition being talked at you. The characters in God of War are rich, and the game does not plumb them dry. The show needs to expand beyond what we have seen to give us much more heart.

Also, there is no easy way to slice this – gaming’s storytelling is way behind film and TV. The Last of Us and God of War may well be the peak (although I can list a few other contenders too), but that doesn’t mean they will translate easily to television. Even in story driven games, the narrative is there to prop up the gameplay, and just seeing actors perform the scenes we’ve played out is not entertaining. It would lead to huge pacing issues, on top of the ones Ragnarok already suffers from. The narratives are decent, don’t get me wrong. Better than a lot of television, even if they can’t compete with the prestige offerings the way they can when our hands are on the thumb sticks. But the shape of them needs to be adapted, rather than a one to one recreation. 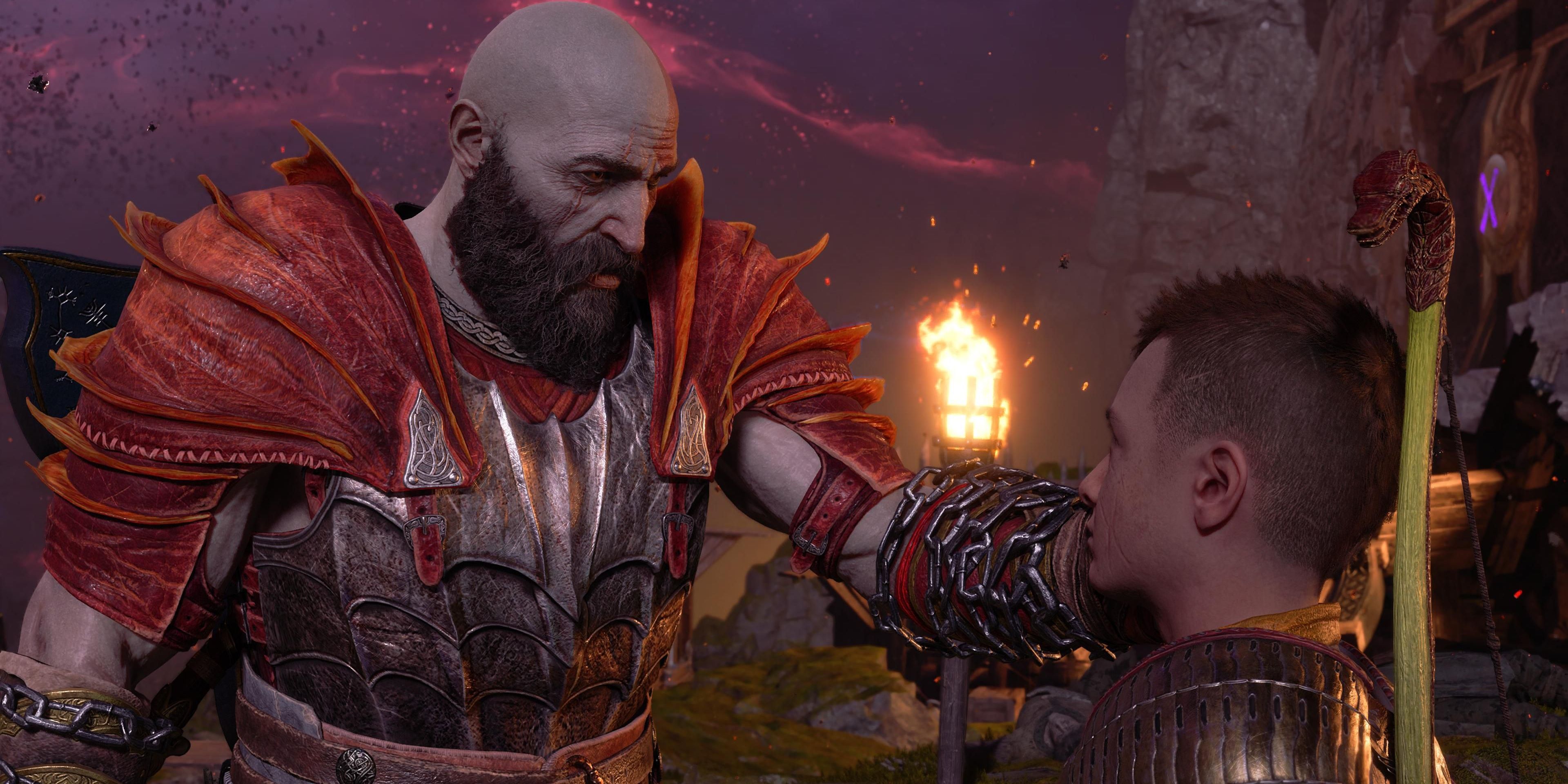 Exactly how God of War works may come down, yet again, to The Last of Us. By the time God of War starts filming, HBO’s TLOU show will have been aired, digested, and critically evaluated. We know it’s just going to retell the game – the slightly indulgent inclusion of game creator Neil Druckmann as director and the focused, linear nature of the games guarantees that. I’m torn on how I feel about it for TLOU. I’m well versed on The Last of Us, so I want to see something fresh, but I’m aware others won’t be, so I understand wanting to be loyal. It’s a lot like when your favourite book is made into a film in that way.

If TLOU’s beat for best retelling works, that’s likely what we’ll get in God of War. However, if this loyalty fails to take advantage of the power of television while simultaneously putting off gamers who have seen it all before, God of War might be forced to think differently. Halo’s adaptation took a fresh look instead of copying the games, and that led to mixed results. The Last of Us has an even higher profile, and much like in games, may set the course others follow for a decade.

I expect TLOU will be a success, and I also expect that I will watch it thinking it could have done more with the world of the source material. God of War has a much wider mythology than TLOU, and it would be a shame for that to be left on the cutting room floor. There’s so much of God of War we haven’t seen thanks to its tight focus on Kratos and Atreus, plus its obvious need to provide regular gameplay. Television is a medium that can best provide that depth (over a feature film which would need a similarly tight focus), and I hope the show takes advantage of that whenever it arrives.