You are here:
Home / The Future Of Metal Gear Was Right In Front Of Us This Whole Time

Metal Gear is in a weird spot right now. There’s nothing stopping Konami from making a new entry, but the idea of one without series creator Hideo Kojima at the helm is a complete no-go for a huge portion of the fanbase. Rumors about the series currently revolve around remakes or remasters, which is a popular idea for most dormant properties. Following the monumental success of games like Resident Evil 2 Remake, beloved classics like Splinter Cell, Prince Of Persia, and Knights of the Old Republic are all getting full blown remakes, and that gives Metal Gear fans hope for the future.

Except Resident Evil isn’t just remaking old titles, it’s also releasing excellent new entries like Village at the same time. This brings us back to the tricky part – how do you continue the Metal Gear series both without Kojima and without relying on endless remakes? If only there were a proven example of a highly beloved Metal Gear game that recently hit its highest concurrent player count earlier this year…

Platinum Games’ Metal Gear Rising: Revengeance is up there among the best Metal Gear games, despite its total reinvention of the series by ditching stealth almost entirely. It’s hard to think of a more impressive feat than Platinum releasing an underappreciated multiplayer brawler – Anarchy Reigns – as well as two of the greatest action games of all time – The Wonderful 101 and Metal Gear Rising – all within the same year. It’s also hard to talk about Rising without mentioning its status as a total meme powerhouse, with its characters and soundtrack still being so prevalent almost ten years later. 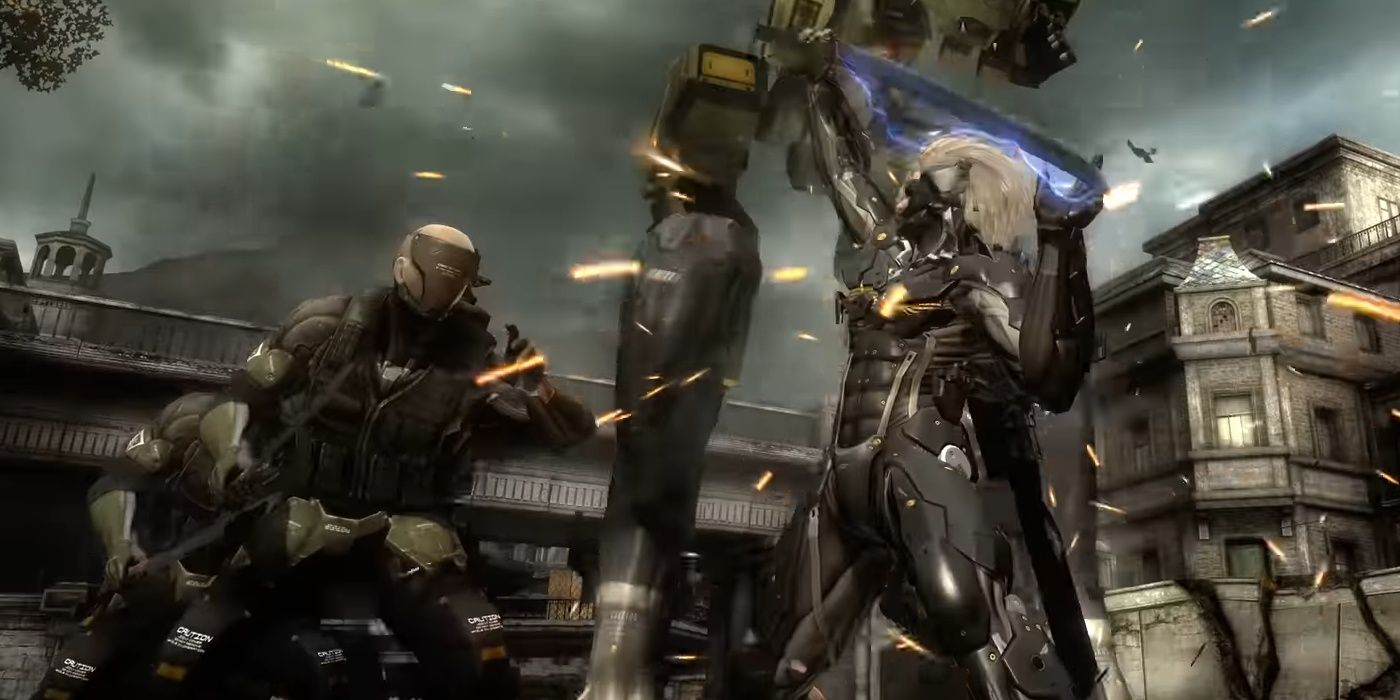 While reviving a long-dormant franchise with a spin-off can be considered a contentious move – just look at Metroid Prime Federation Force – a follow-up to Rising is the perfect place to kick off a series’ revival. There isn’t nearly as much riding on a new Rising as there would be for a new Metal Gear Solid. First off, while he obviously didn’t create the games all on his own, Metal Gear Solid is ‘A Hideo Kojima Game’ through and through. It’s hard to think of many creators whose style is so interlaced with the DNA of every game they direct as Kojima’s. While a new Solid could be done – there are still people at Konami who worked on the series from its inception – it’s a far riskier endeavor than bringing back a highly popular spinoff with little-to-no involvement from Kojima.

Metal Gear Rising also has the advantage of being the chronological ending of the franchise. While its canonicity is debatable, the Etsu Tamari-helmed story takes place four years after the finale of Metal Gear Solid 4. By following on from Rising they lose any risk of messing with the pre-established canon of the series, and instead have free reign to tell the story they want to. Whereas going down the route of say, the fan-favourite idea of a Metal Gear set in WW2 following The Boss and her Cobra unit has potential to have lore-destroying effects if handled poorly.

I will admit some degree of bias with this. I’m writing this from my perspective as a die-hard Metal Gear and Character Action Game fan. While others may be completely fine with an attempt at creating a Metal Gear Solid 6, to me the prospect of a new stealth-entry by modern Konami sounds unappealing – at least without a less risky project like Rising 2 to prove they can pull a Metal Gear revival off in the first place.