You are here:
Home / The Elder Scrolls: Everything We Know About Akavir

The Elder Scrolls: Everything We Know About Akavir

Despite being a whole other continent on the world of Nirn, along with Tamriel, we don't really know all that much about Akavir, the land of dragons and katanas. Throughout the years, we've been drip-fed small pieces of information through pieces of dialogue and well-hidden passages inside books, but we've not once glimpsed the lands to the east.

So what do we know about Akavir? What do we know of its history, of its inhabitant, and of its dealings with the people of Tamriel? Let's take a look at the available information.

It's important to note that the vast majority of the sources used to compile this Akaviri primer comes from in-game texts and books. The Elder Scrolls games are known for having a realistic presentation of such literature – these sources may be flawed, biased, or outright propaganda. Heed this disclaimer. 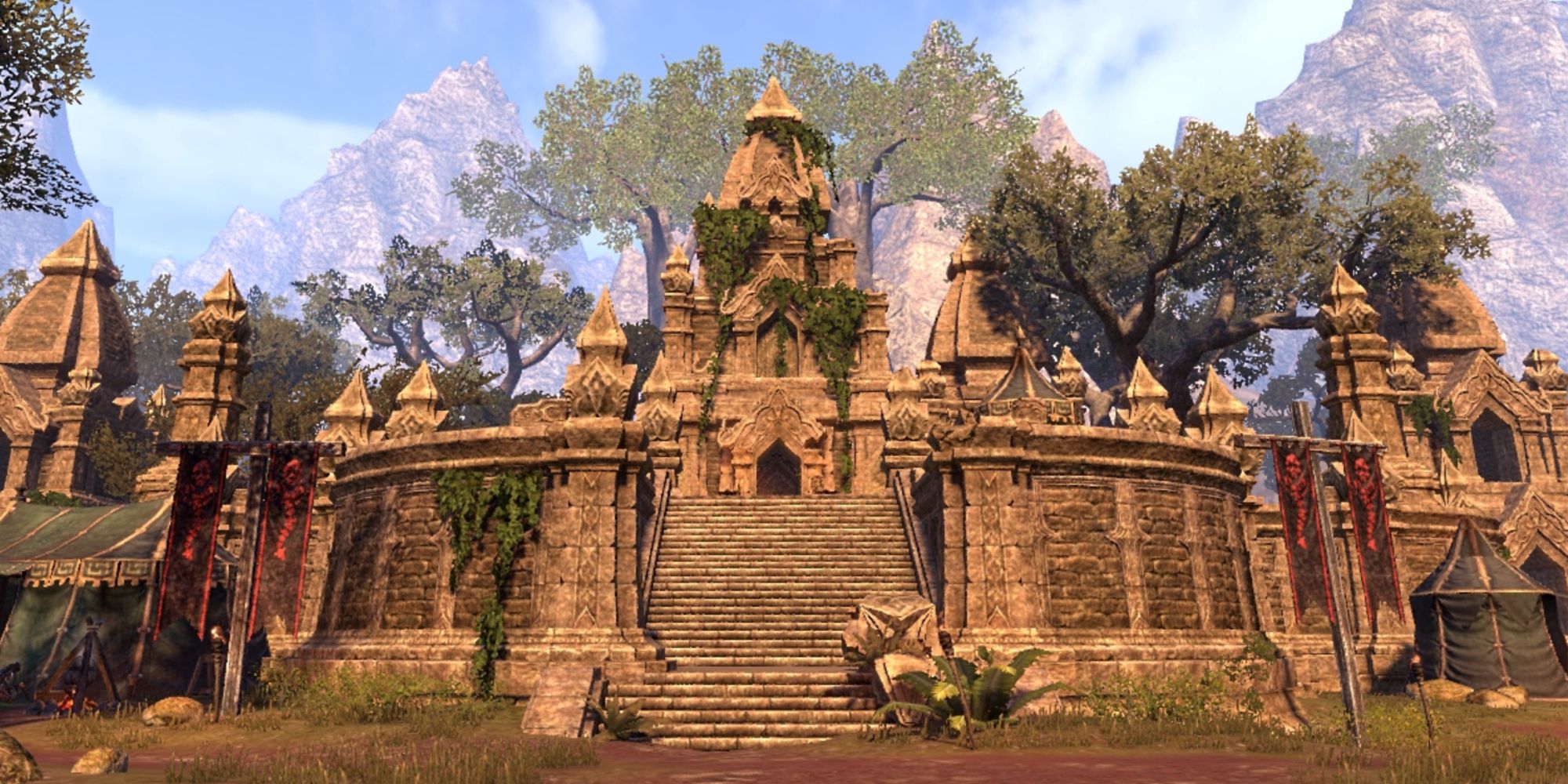 While Tamriel is a continent inhabited mostly by men and mer, Akavir is a land inhabited primarily by beastmen. Perhaps the most notable inhabitants were dragons, which give the continent its name (Akavir meaning 'Dragon Land') and may actually originate there. During the time of the games, it appears that dragons are no longer present in Akavir, and it seems to be for the same reasons that they are not present in Tamriel – they were hunted.

Indeed, it is well known that the Akaviri sought out and killed many dragons during their invasion, and there is some evidence that this continued after they became Reman Cyrodiil's Dragonguard. -The Book of the Dragonborn, by Prior Emelene Madrine 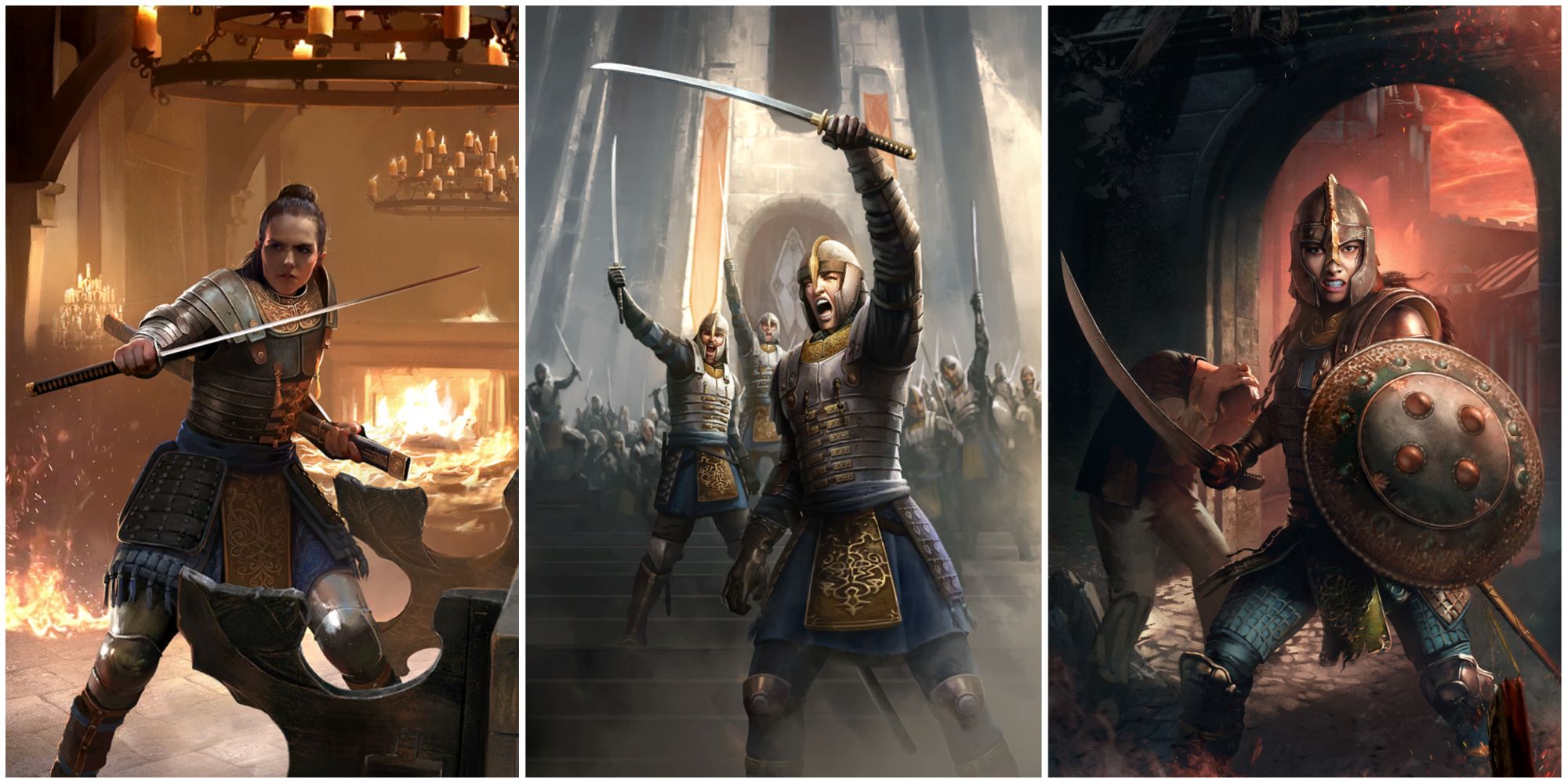 The Blades – an organization known for protecting the Cyrodilic emperors and for killing dragons – have their origins in Akavir, perhaps passing down the secrets of dragon killing to their younger members as time went on. They arrived in Tamriel as dragon hunters and as part of the attempted invasion of 1E 2704, targeting not only men and mer but the dragons. While the invasion was thwarted and the majority of the Akaviri expelled, many were recruited to be a part of the new empire, with the Dragonguard becoming the precursor to the Blades. This is why we can see Akaviri stylings in some architecture connected to the Blades, such as with Cloud Ruler Temple.

There are four major nations of Akavir: Kamal, Tsaesci, Tang Mo, and Ka Po' Tun. When they are not busy trying to invade Tamriel, they are fighting with each other. -Mysterious Akavir

The other races of Akavir don't have the same storied, troubled past as the dragons. Indeed, the Tsaesci are prominent figures in Tamriel's history, especially when concerning the reign of the Reman dynasty. The Tsaesci are known as snake-men but typically resemble other humanoids, having four limbs and walking upright. It is the Tsaesci who we can thank for the prevalence of katanas and dai-katanas in Tamriel, as well as the legendary artifact, Dawnfang. 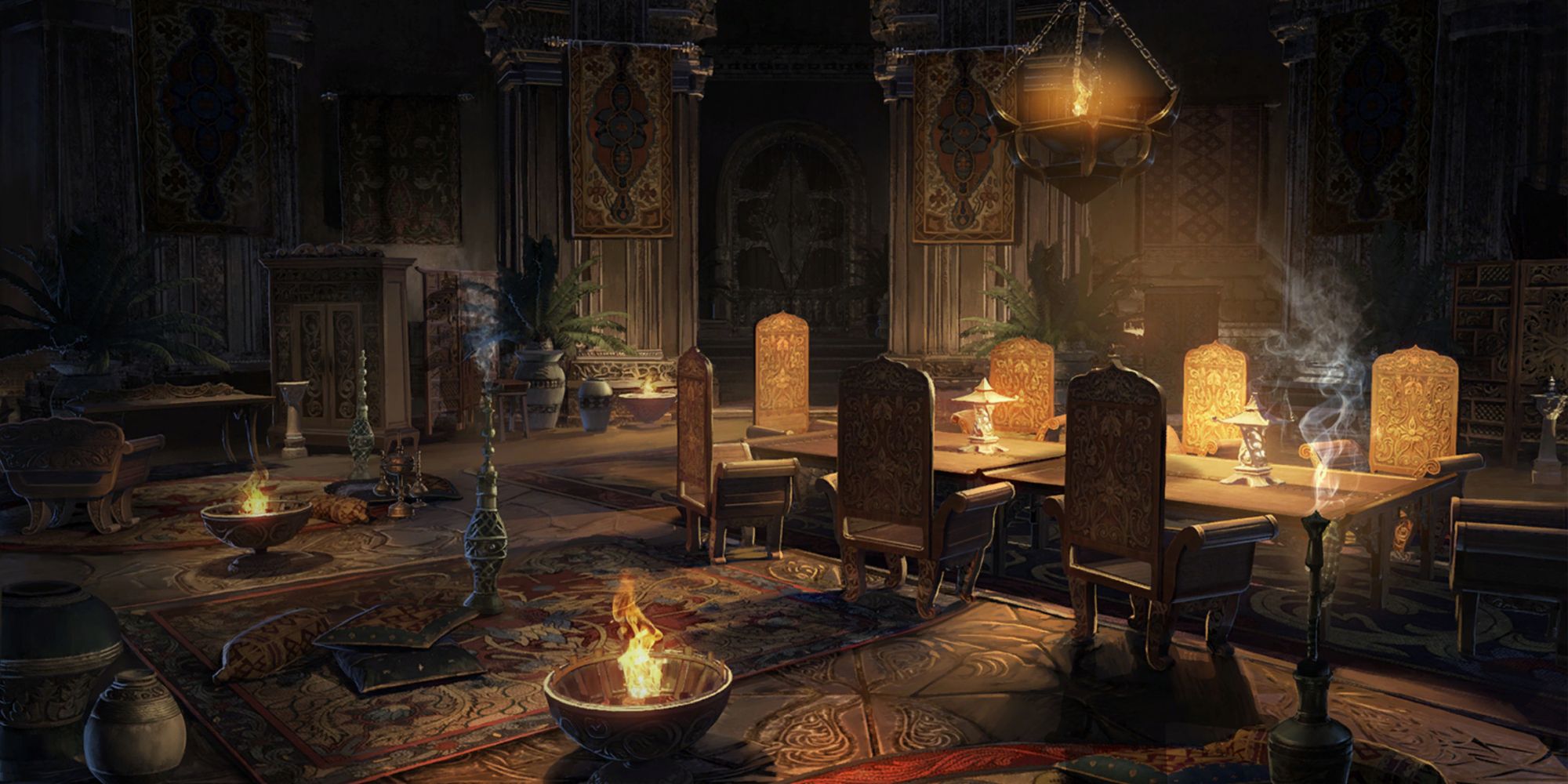 We know more about the Tsaesci than about the other principal races native to Akavir, and this is likely due to their history of antagonism with Tamriel. For example, we know that their culture places great importance on nature – they revere the elements and consider waterways to be a connection to the spiritual world.

There are many folk tales about boats being lost in heavy fog, and landing on shores filled with restless spirits. –Domitia Nasica

The Ka Po' Tun and the Kamal are two other races native to Akavir, but they are generally too concerned with their shared animosity to interfere in Tamrielic affairs. The Ka Po' Tun are a militaristic cat-folk who, according to the book Mysterious Akavir, are actually more powerful than the Tsaesci on land and plan to conquer them – though interruptions from the Kamal and the Tsaesci's naval superiority seem to hamper these plans. The Kamal are described in the Pocket Guide to the Empire as snow demons who spend the entirety of the winter months frozen solid but thaw in the summer.

The final of the four Akaviri races are the Tang Mo, referred to as monkey-people in the Mysterious Akavir book. This is the race that there is the least information about – all we know comes from that book, which describes them as brave yet simple. 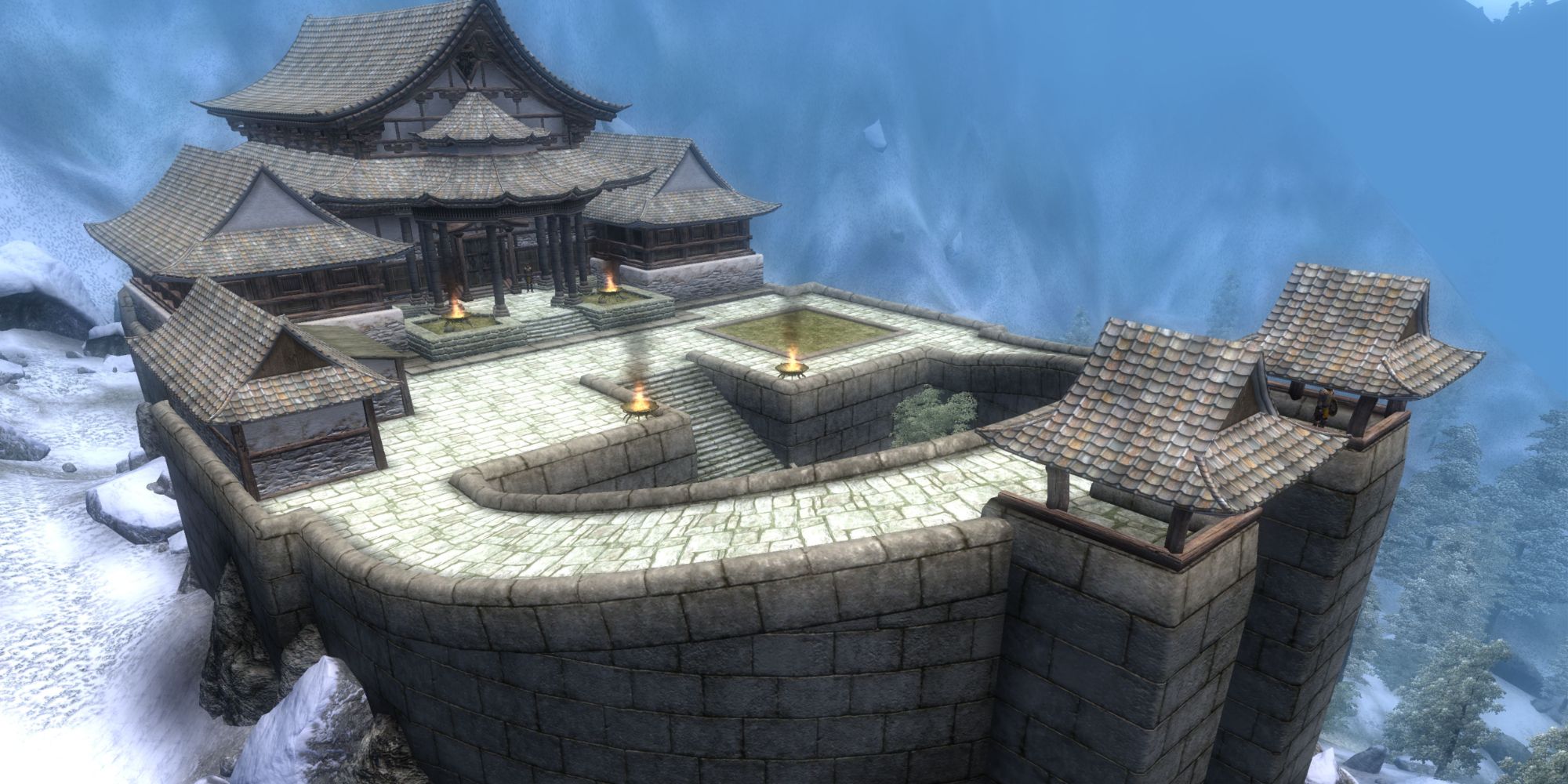 The most significant invasion of Tamriel by an Akaviri force is that which began the Reman Dynasty. Akaviri forces attempted to invade Tamriel in 1E 2703 but were pushed back and defeated by forces led by Reman I, who was crowned emperor as a result. Notably, he did not forcibly expel the Akaviri soldiers from Tamriel, instead making many of them bodyguards and advisors, and significantly, establishing the Dragonguard. He did this to bolster his forces against antagonistic elven forces, something that worked out well for him – the Reman dynasty ruled Tamriel for 174 years, but it would turn out to be the dynasty's downfall.

"I have been and will continue to be Potentate Versidue-Shaie, an alien welcomed kindly to your shores. It will be my duty to protect my adopted homeland, and I pledge to work tirelessly at this task until someone more worthy takes the burden from me." -Versidue-Shaie in Book Twelve: Evening Star, by Varlovac Townway

The Reman emperors would employ individuals from Akavir to be their most trusted advisors, and these became known as Potentates. It was one of these Potentates who assassinated the last Reman emperor, Reman III. This Potentate, Versidue-Shaie, was a Tsaesci who took the reins of the empire, starting the short-lived Akavirit Potentate period of rule, declaring martial law, establishing the guilds that we know today, and turning the Dragonguard into a spy network designed to protect the Potentate. Unfortunately, the Dragonguard proved to be ineffective – Versidue-Shaie and his successor, Savirien-Chorak, were both assassinated. After the death of the latter, a period of interregnum was established, only ending with the rise of Tiber Septim.

The Kamal also tried to invade Tamriel at one point, and managed to sack the city of Windhelm, ostensibly in search of some artifact called the 'Ordained Receptacle.' It may be the case that the entire invasion was launched for the purposes of finding this artifact, a theory backed up by the fact that the invading forced bypassed the entire region of Morrowind and made a beeline for Skyrim, sailing down the Whtie River. It was only when they moved south of Windhelm and then east that they were cut off and driven back in the western reaches of Morrowind by a force with Almalexia at the helm.

A second invasion attempt carried out by both Tsaesci and Kamal in tandem was also doomed to failure, and refugees from the attempt ended up making new lives in Elsweyr. They were offered asylum in Rimmen, and their architectural influences made their mark quickly. Some of the Tsaesci from this invasion attempt intermingled with Imperials in Elsweyr and became a people now known as the Rim-Men, who blend aspects of both Tamrielic and Akaviri cultures.