You are here:
Home / The Division BattleCat is a crossover PvP game with Splinter Cell & Ghost Recon 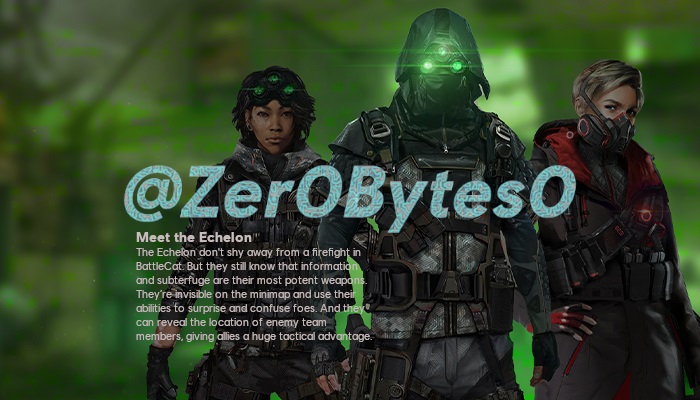 Screenshots of something called The Division BattleCat, a PvP crossover game from Ubisoft, have apparently leaked online.

Ubisoft already has one new The Division game in the pipeline, namely the free-to-play The Division: Heartland for mobile, but if this newest rumour is correct it apparently has a second one as well and it’s another crossover attempt.

Twitter user Zer0Bytes uploaded a number of screenshots from something they call The Division BattleCat (no relation to the He-Man character), which they refer to as a mashup PvP game.

Aside from The Division, the game also crosses over with two of Ubisoft’s other Tom Clancy games, namely Splinter Cell and Ghost Recon Breakpoint.

No exact details have been shared but the text on the images mentions at least two different game modes and four playable factions, each with their own abilities. Testing for the game supposedly began in January.

The obvious assumption is that this is another free-to-play game for mobile but Zer0Bytes, on an alternative account, claims that it’s actually in development for PC and consoles (although they don’t specify which consoles).