You are here:
Home / The Dark Pictures Anthology: The Devil In Me – Blood Trail Scene Walkthrough

The Dark Pictures Anthology: The Devil In Me – Blood Trail Scene Walkthrough

You’re now officially into the second act of The Dark Pictures Anthology: The Devil in Me, with the first potentially ending in a rather heartbreaking way. However, now the killer is drawing lines in the sand, and things are only going to get more intense from here before you’ve solved the mysteries of the Murder Castle.

With your first potential death happening in the previous scene, the game becomes markedly different as you begin losing characters. With a lot of exploring left to do now that things are beginning to get real, we’ve got you with our guide to starting Act Two off strong.

The Devil in Me features dozens of paths that branch based on your decision – it’s kind of a hallmark of The Dark Pictures Anthology.

We acknowledge that we might miss a small detail or two along the way, but we’ve played the game a few times through to bring you the most complete coverage we can.

Everyone In Erin’s Room 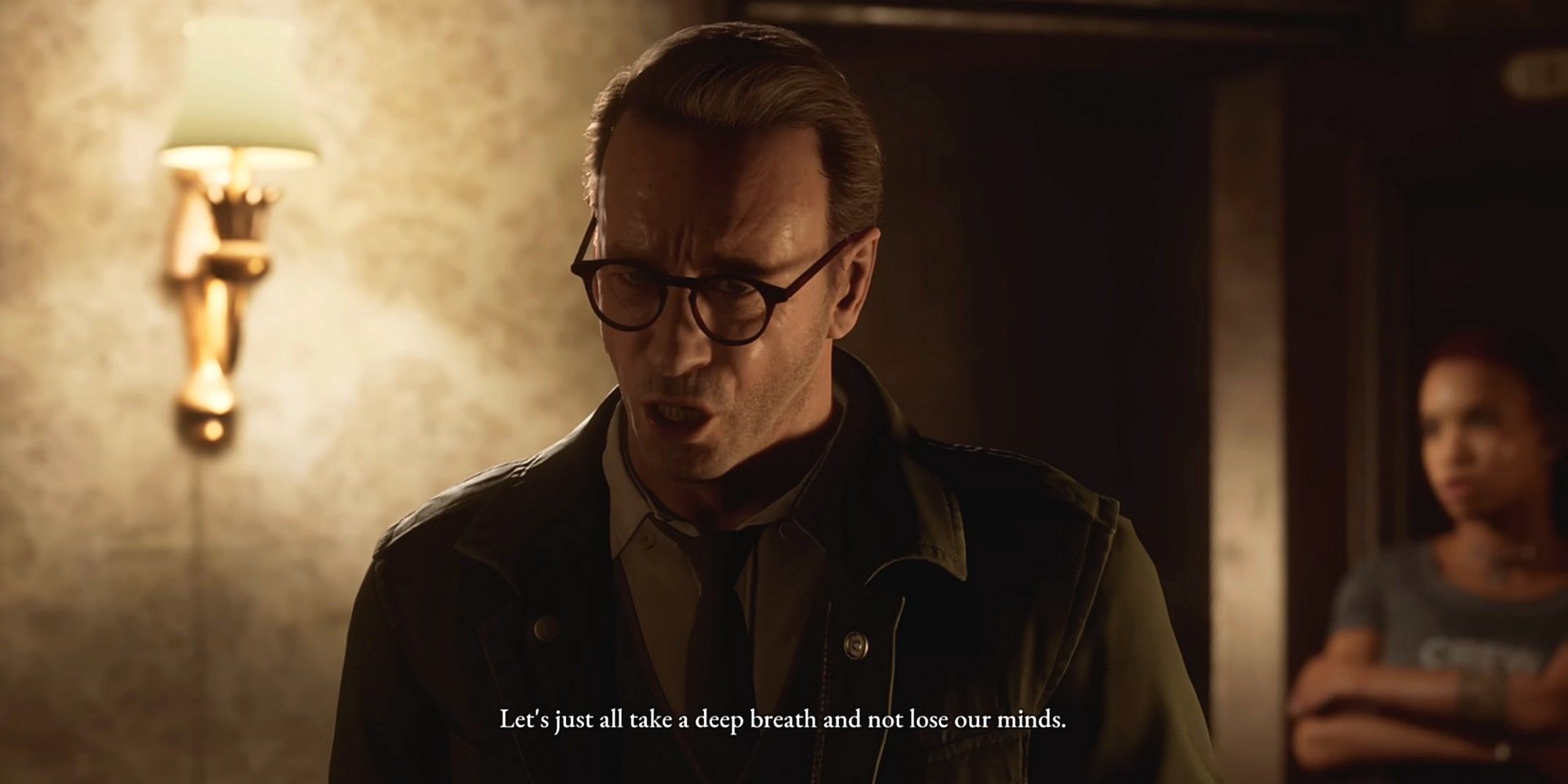 If Erin died during Blackout, the last scene you just played, then your game is going to begin to look a lot different, now that you’re down a person.

The story does reconvene on itself in this chapter after the deviation that stems from your decisions with Erin, so we’ll break it down for you before moving on to explore the chapter.

If Erin is still alive, the group gathers in her room to talk about what happened. The conversation is tense and not everyone believes Erin when she says she wasn’t alone.

The group splinters, with Charlie and Jamie going to look for Du’Met and Kate and Mark packing up their belongings. Erin asks them to leave the door open when they leave, just in case.

Jamie begins the scene in a panic that Erin is missing in action. The progression flows just like before, with Charlie and Jamie splitting off to look around while Kate and Mark begin packing.

Exploring With Charlie And Jamie 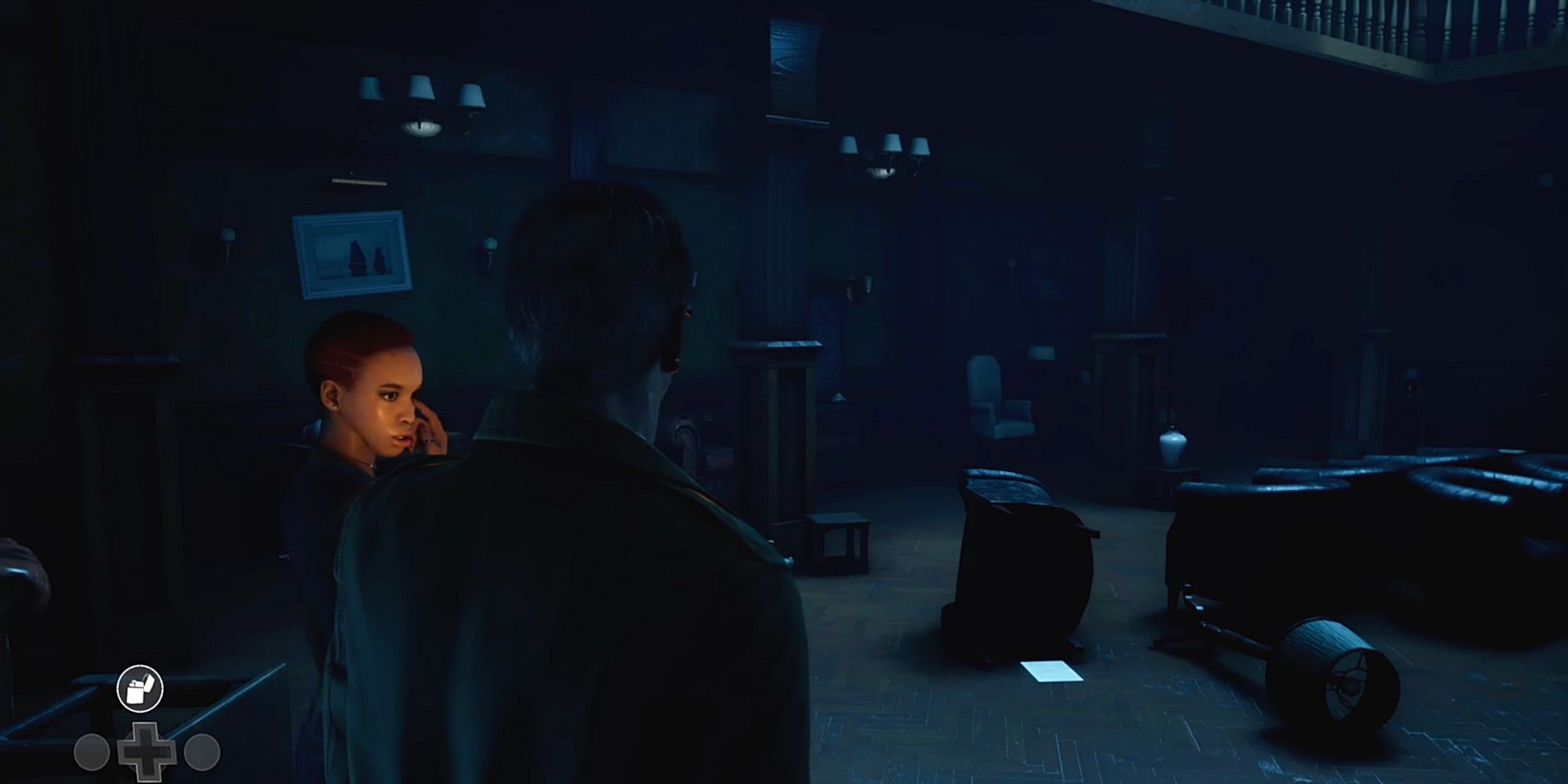 Regardless of what happened with Erin, Charlie and Jamie split off from the group to go look around the hotel trying to find Du’Met (and Erin, if she died). You begin this section on the second floor.

If you missed some of the secrets during either the Cigarettes scene as Charlie or in Staff Only as Jamie, you’re still able to grab them now before moving on.

One of Du’Met’s business cards is in one of the hallways, if you’re collecting them. If you missed the Cured picture premonition in the lobby, you can still find it during this scene as well.

Additionally, the Hotel Guest Book, the Welcome Postcard, and the Morello Family Invitation are still on the desk upstairs. 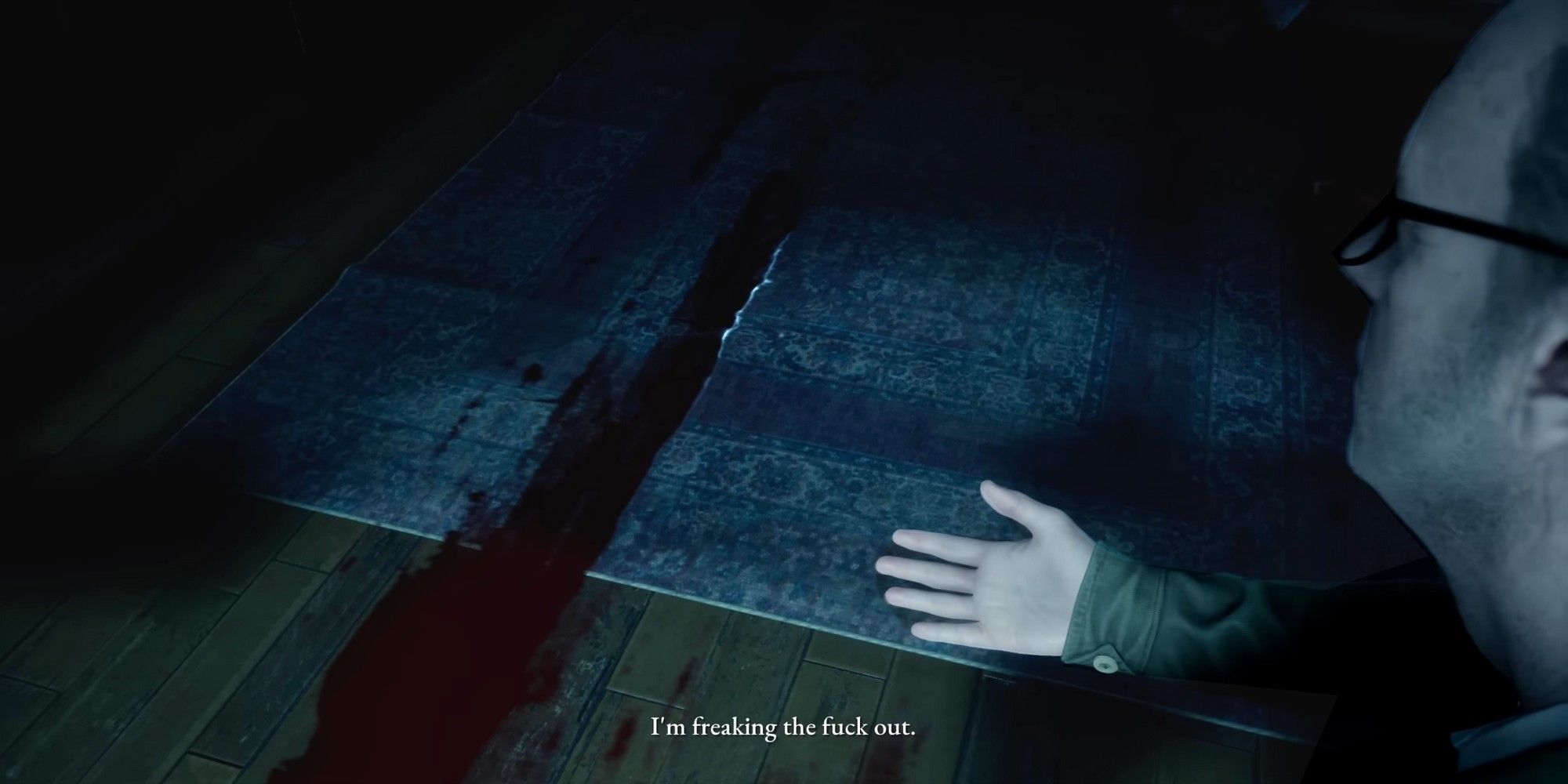 However, when Charlie and Jamie return to the lobby, they find that the lobby has been totally trashed. What they find the most peculiar about this is the trail of still-wet blood leading through a door on the left. Charlie brushes this off, but if Erin is dead, Jamie will begin to wonder if it’s her blood.

Either way, going into the door to follow the blood trail continues the story, so be sure you’re totally finished with the lobby this time around before going in. 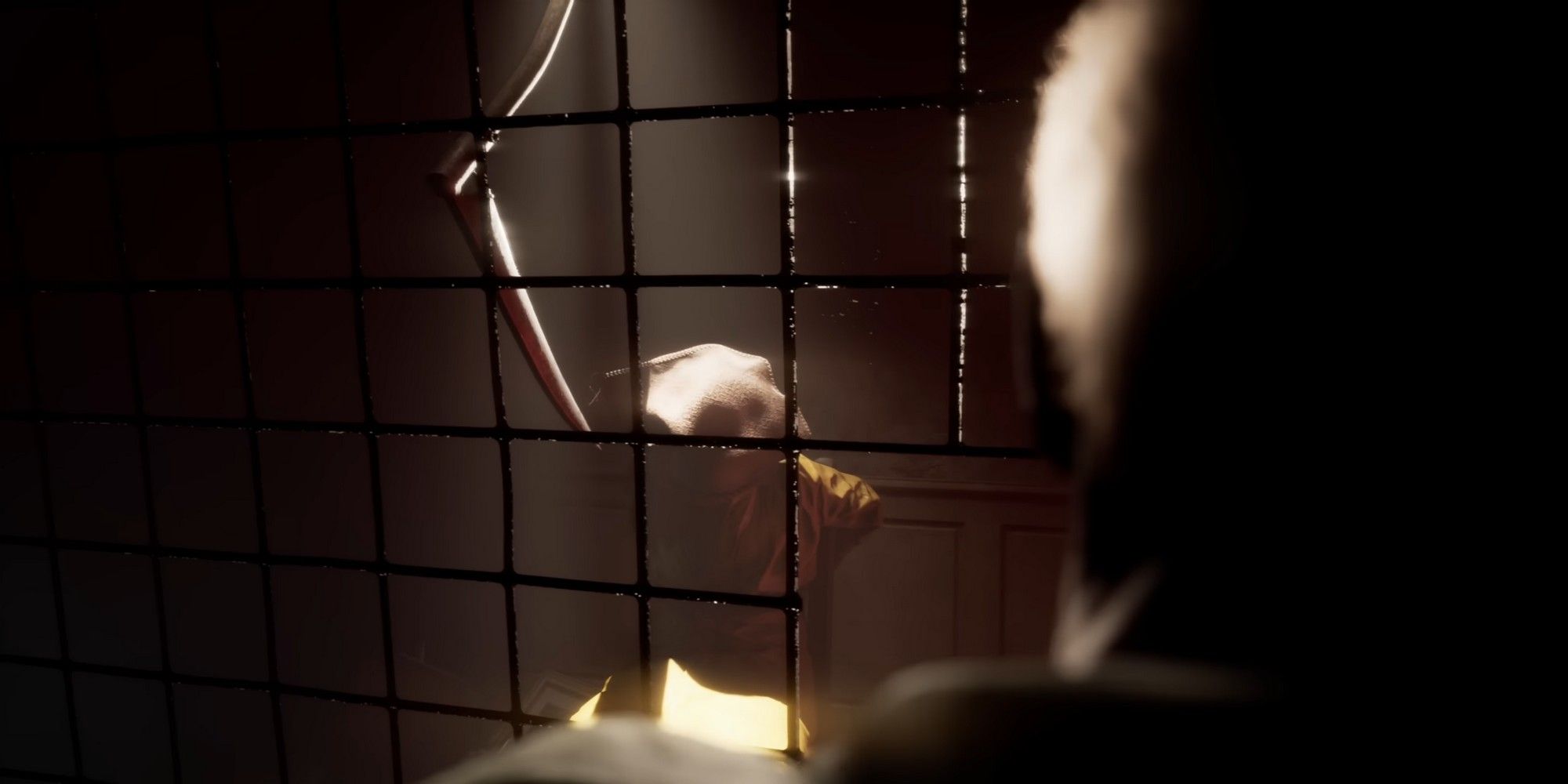 Once Charlie and Jamie have gone through the door, continue down these corridors. There are a few options to branch off to look around, and down one of these smaller hallways, you’ll find the FBI Memo lying on the floor.

You can also find the groundskeeper’s glove, which doesn’t count as a collectible secret but gives interesting world-building, nonetheless.

Follow the sound of the classical music playing to orient yourself in the right direction, eventually entering the room from which it’s coming.

In here, you see The Groundskeeper, tethered to a chair behind a cage with his head covered by a sack, pleading for Charlie and Jamie to help him. As Charlie approaches the fence, he steps onto a pressure plate and activates the execution trap – a giant scythe that will swing down and impale The Groundskeeper if Charlie moves. 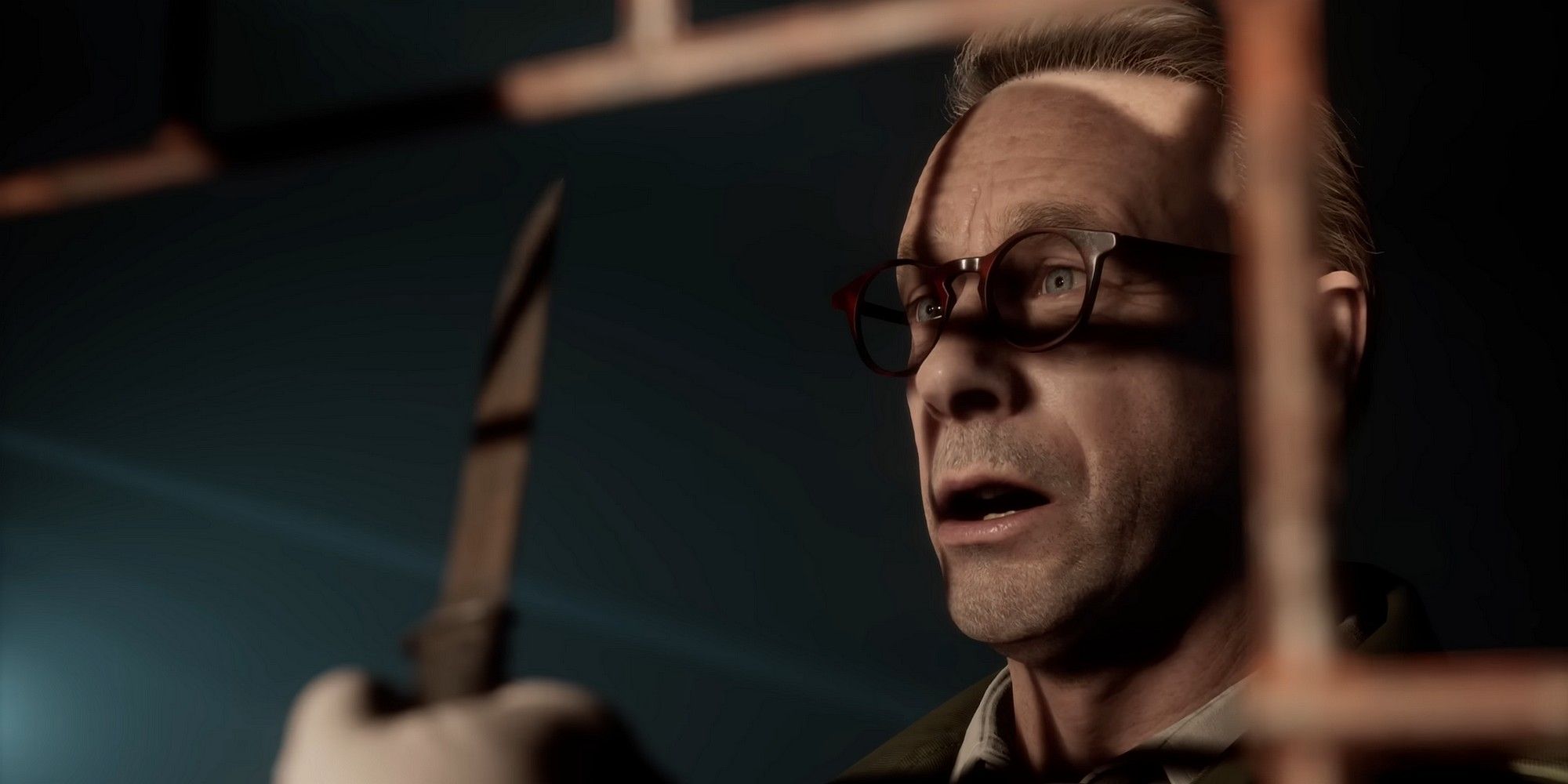 The killer appears and almost immediately threatens Charlie, pointing a large knife at him. Now, Charlie has to decide whether to stay there or move away.

No matter what you do here, The Groundskeeper is killed.

The lights turn off in the room, but when they come back on a moment later, both the killer and The Groundskeeper’s body are gone. Charlie and Jamie attempt to run away, but after a loud sound echoes through the building, a metal grate falls to cover the door, trapping the pair inside.