You are here:
Home / The Best Games Announced This Week That I Just Made Up

The Best Games Announced This Week That I Just Made Up

It’s that time of the year again! E3!

Of course, there were some extremely exciting announcements at Summer Games Fest such as Neon White, Metal: Hellsinger, and the news that Bloober is not making a Silent Hill game. Layers of Fears sounds great, folks. Finally, the third game in a series that pivots on a graphic designer’s drinking problem. And before you yell at me, I’ve bought Layers of Fear games more than once on more than one platform – including VR. I’ve put in enough money into this series to have an opinion. I’m also an idiot.

But while fans and the press focused on the big announcements – the most exciting of which was apparently The Last of Us Part 1 looking nominally better – a lot of great games were overlooked. Not because they aren’t ‘major franchises’ or ‘popular genres’. Rather, these games have been entirely ignored because I made them up despite the fact that they all sound like actual things you’d see a trailer for this month. 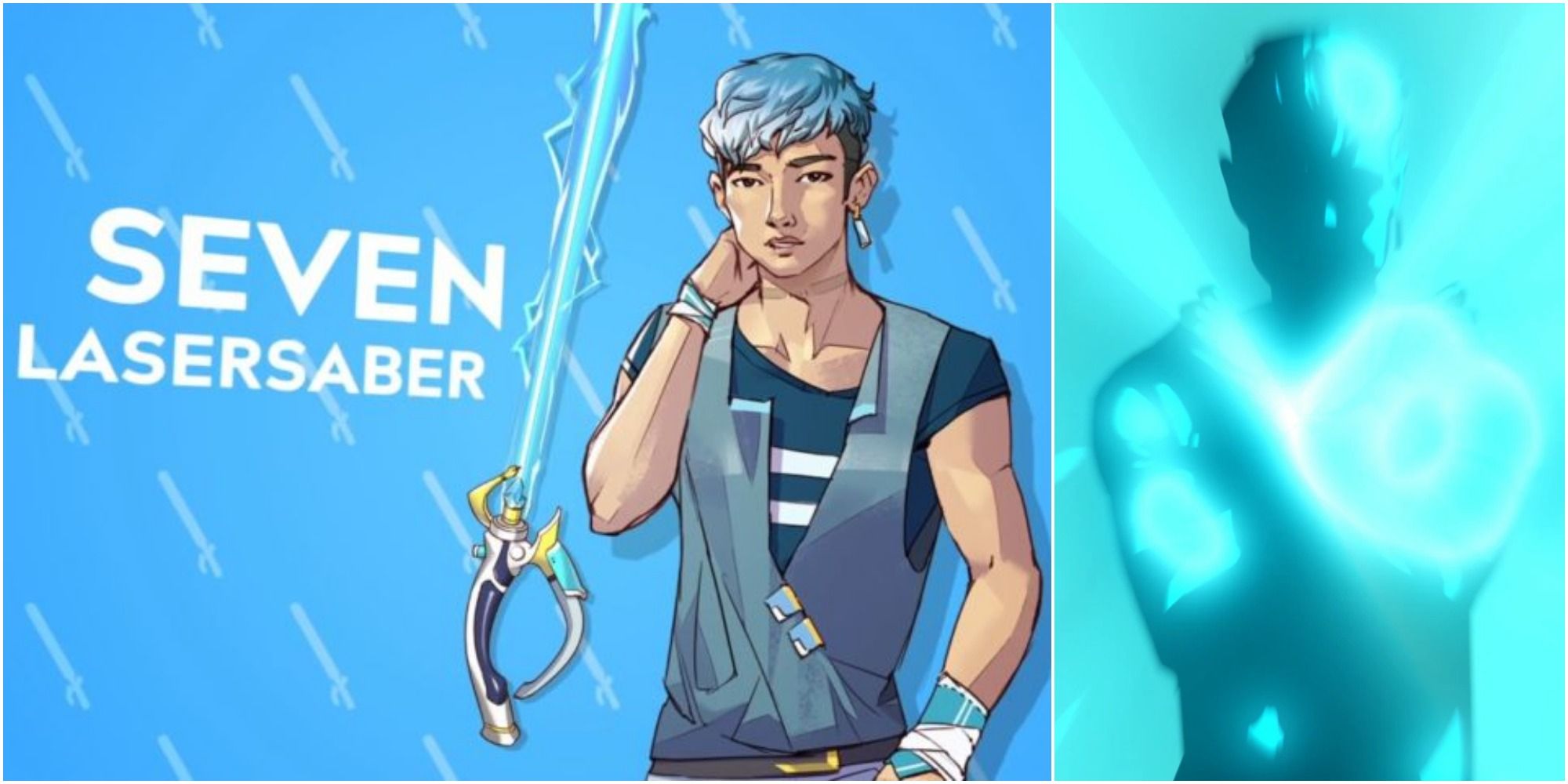 Following in the steps of hits like Boyfriend Dungeon and My Mother The Car, Gun Dad: The Dad Who’s A Gun is about a young hero trying to come to grips with their dad, who’s a gun. Improve your relationship with your dad by using him to shoot at enemies while walking through a dungeon designed to look like a regular dungeon. This is all tied together with roguelike Soulsborne-style gameplay featuring visual novel elements generated by gacha mechanics. These words all mean something individually, so adding them altogether seems like a good marketing move.

While you’d think an anime-inspired narrative about a dad who’s a gun would be pretty flimsy, that’s only because it was written and drawn by an underpaid Canadian who considers themselves an expert on Japanese culture despite never having met nor talked to a Japanese person in their entire life. 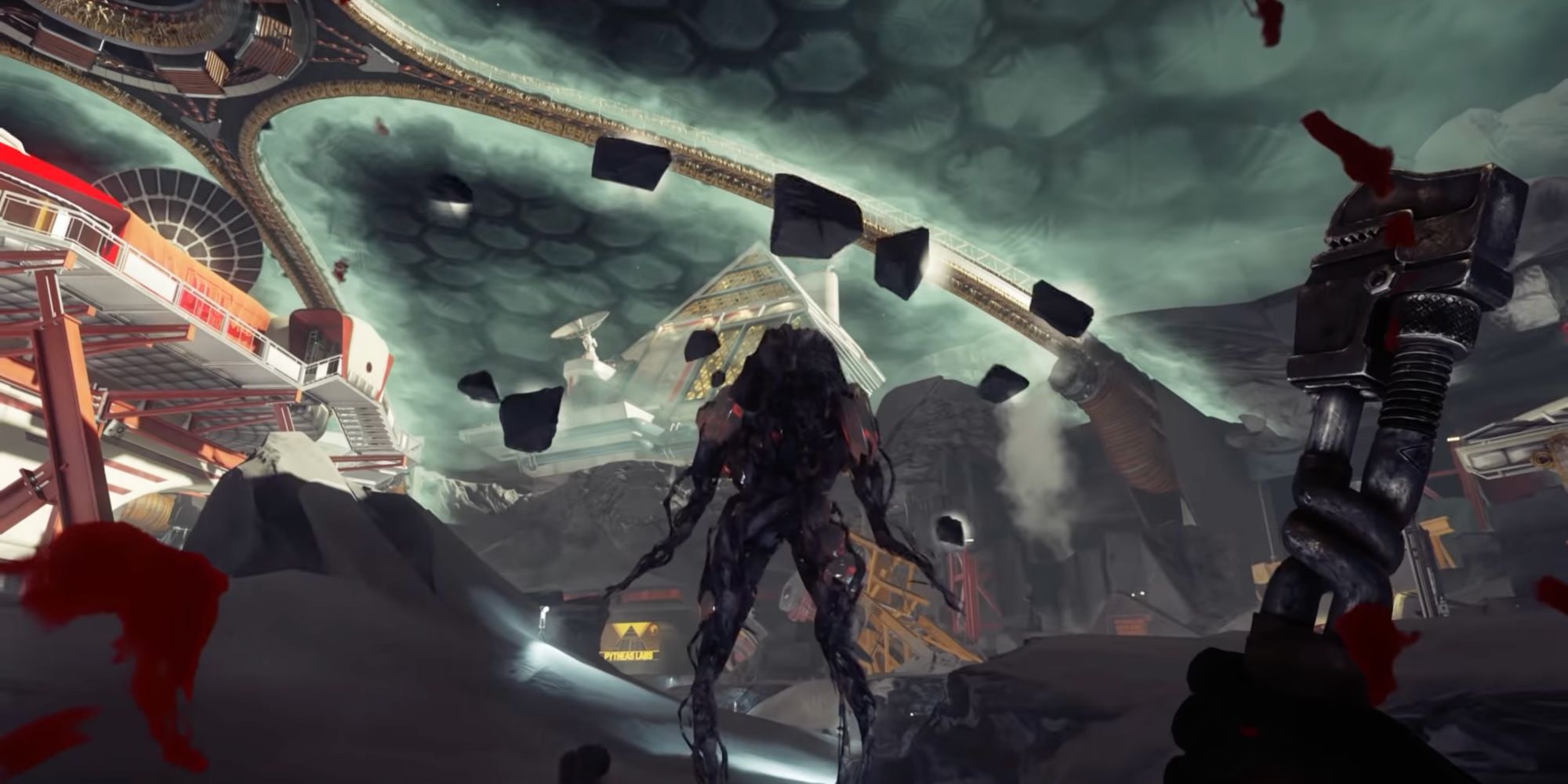 You play Tony Crusher, a space repairman in the year 2257. What started as an average day goes awry when you get a distress call from Cor Corali Station. The signal may be scrambled, but you know one thing for sure: Your daughter is on that space station and you’ll do anything to save her. Except go on that goddamn haunted space station.

In Space Fear: Survivor’s Guilt, you must live with the shame of refusing the distress call to help your daughter. Especially after you find out that you probably could’ve saved her life if you showed up early enough since it turns out the space madness infection speed was pretty slow.

Most of the gameplay is simply flying around space, doing little repair jobs, and hearing the voice of your only child crying your name as her skin broke open and her bones snapped and twisted into monstrous shapes. You told your wife that you were too far away to save her. But you weren’t too far away. You were just scared. And you’re still too scared to tell anyone.

This secret will eat you alive. 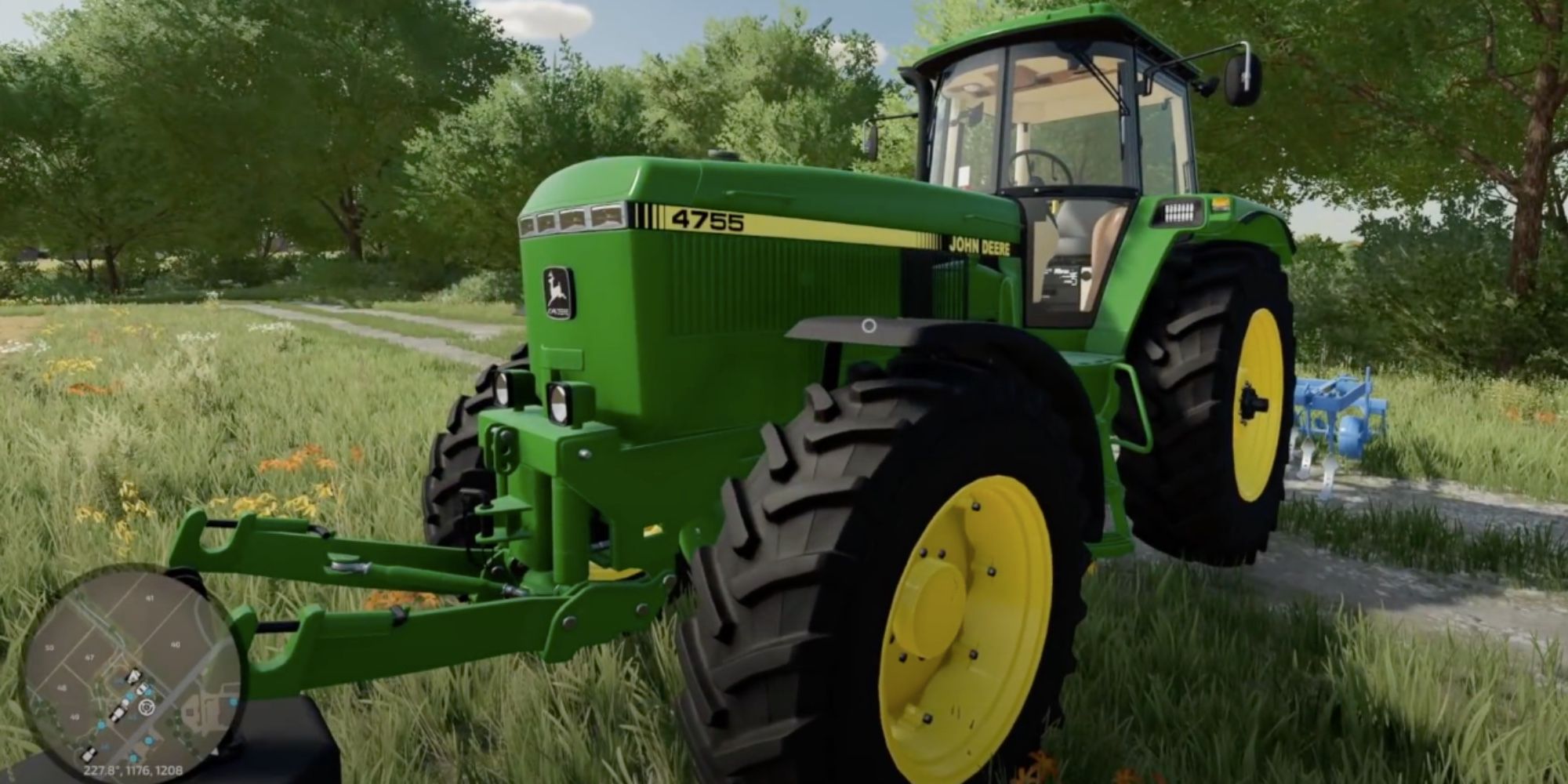 Well, good news, because now there will be a way to do both at the same time with the productivity of neither! Match three animal pens to send them to the slaughter house! But be careful: You have to avoid matching crops that contain modified genetic code owned by a major corporation or you could get sued and lose your farm!

Coming to Xbox Game Pass immediately after you buy it. 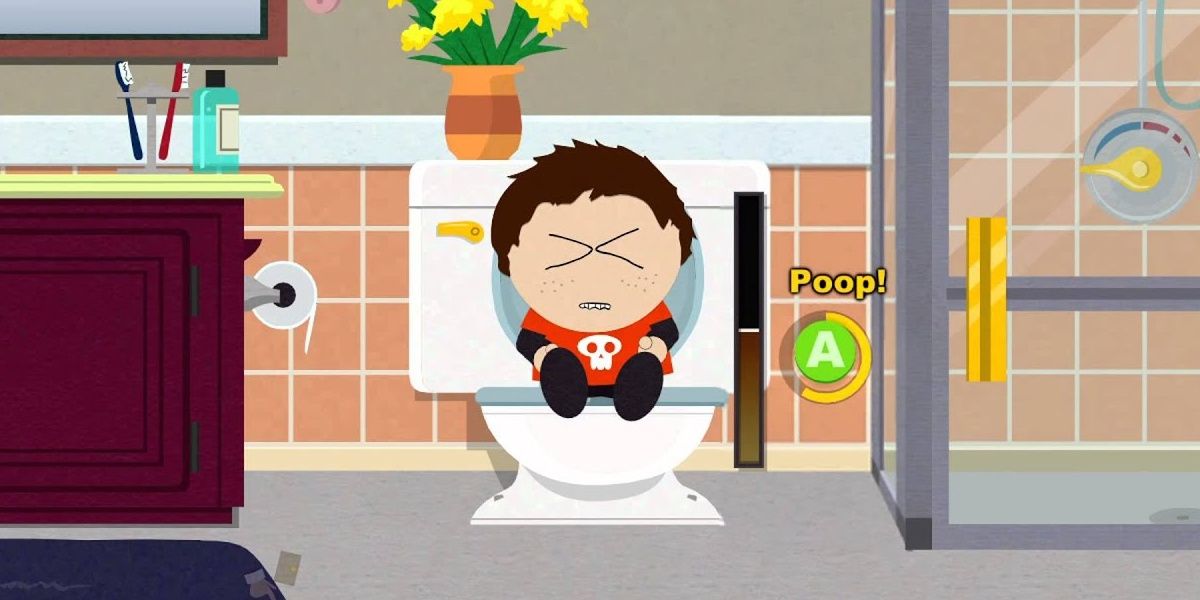 Oops, Problematic! is a fun new game from a European developer, so buckle up there already. The game is described as a “hilarious romp lampooning society”, which probably means it’s an Earthbound-inspired RPG that replaces goofy wonder with sexism and racism. Low on health? Time to go to a taco shop with a name that will make you stop streaming immediately!

Of course, this edgy type of game can bring criticism. But the developers, who all look like they play on the same Swedish lacrosse team, have emphasized their dedication to being “equal opportunity offenders” to everyone except themselves and their own personal beliefs.

Fortunately for its developers, Oops, Problematic! has already formed a strong fanbase. They have no idea what the game is about, but do know it’ll hurt people they don’t like, which is good enough for their wallets. 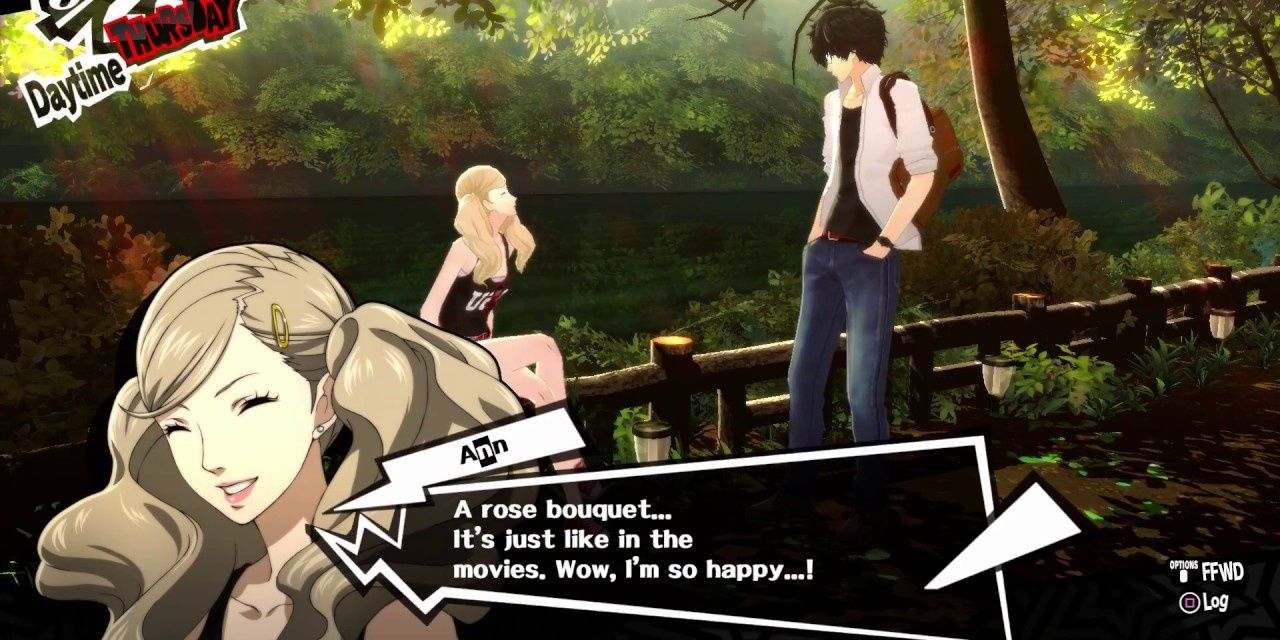 In this heartwarming indie game, you play a woman running a restaurant. What starts as a familiar tycoon game/job-simulator combination soon turns into an emotional ride into the way we develop friendships with the people around us every day. You won’t just have to navigate bills, arrogant staff, needy customers, and gossiping chefs. No, the hardest challenge will be when you fall in love.

Much like in Stardew Valley, you can choose one of your customers or coworkers to fall in love with. As with other games featuring romance, most of this takes the form of giving gifts they like and having repeated conversations at every opportunity. In those talks, customers and staff will drop hints about their lives, giving you more information you need to make that big swing to capture their heart. After which, you’re called by the restaurant chain’s regional manager due to complaints they’ve received about you. Your work has really suffered, and your obsession with giving expensive gifts to coworkers and customers has made everyone uncomfortable. It’s a shame – and your time here is valued – but you’re fired. Don’t come back to the restaurant for your stuff. They’ll ship it to you. 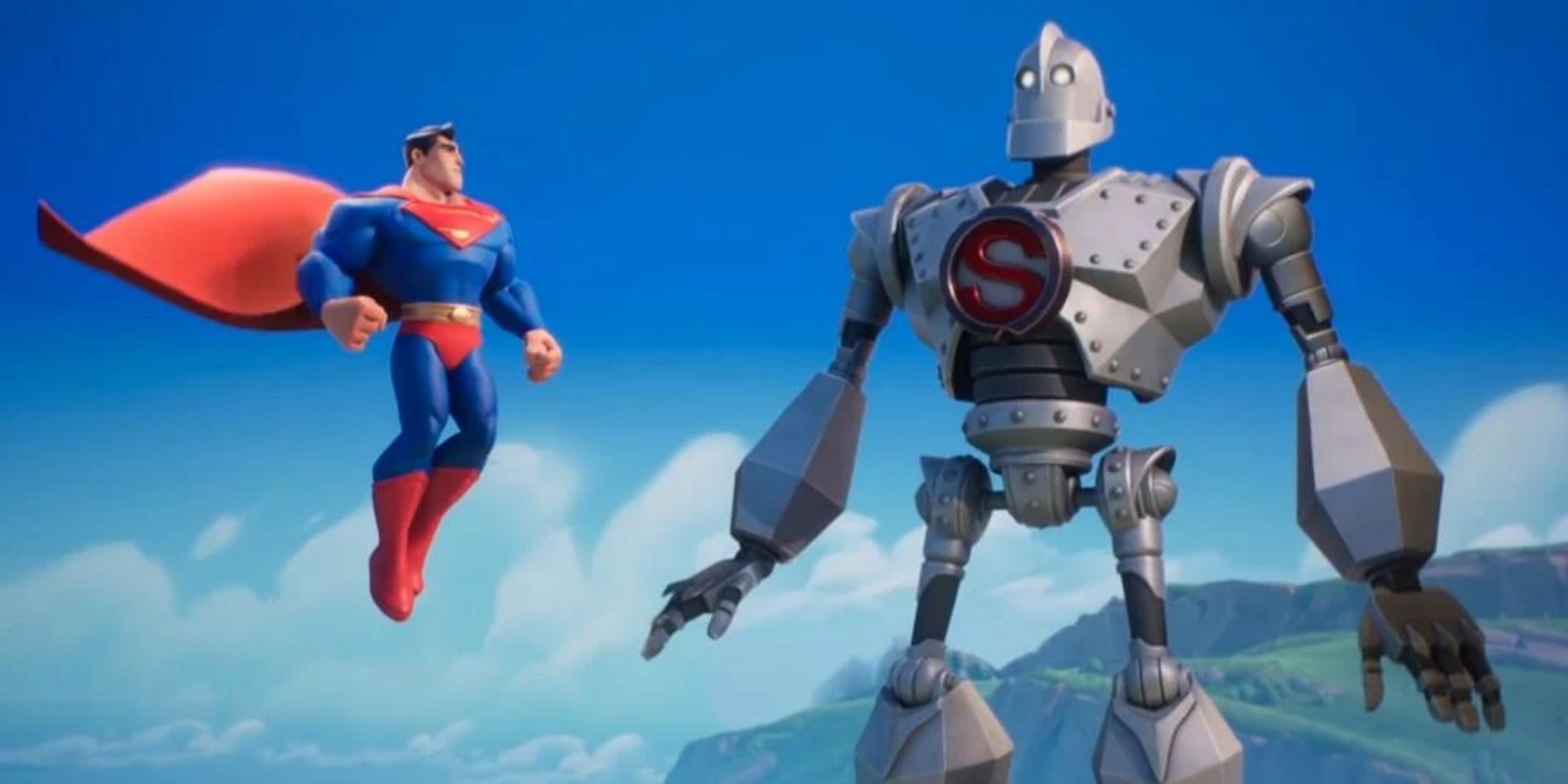 Over the last three hundred years, Globehand has created and legally maintained intellectual property rights to some of the most beloved characters of all time: Underwater Dog, Princess Shoe, Alligator Francis, Tammy Faye Bakker, and more. For too long these characters were relegated to their own franchises outside of fast food commercials, merchandise, anti-drug PSAs, and kart racing games.

But those were crossovers. This is a multiverse. And they’re different according to the strict guidelines in the PR document given to game journalists to copy and paste on a website. With a multiverse, these characters can interact like never before. And by never before, they mean in a much worse Smash Bros. game. If you loved Link knocking Mario off the board with a cleverly-timed sword, you’ll go nuts seeing three of Globehand’s most popular characters and seventeen of their least expensive ones.

Another reason for fans to be excited: while many of the games announced this month won’t be coming for a while, Crossover Battle: Brand Multiverse will be released next week with regular updates coming once every seven months! These planned updates include: Additional characters, additional character costumes, character voices, music, online multiplayer, offline multiplayer, story mode, single-player, options menu, and start screen. 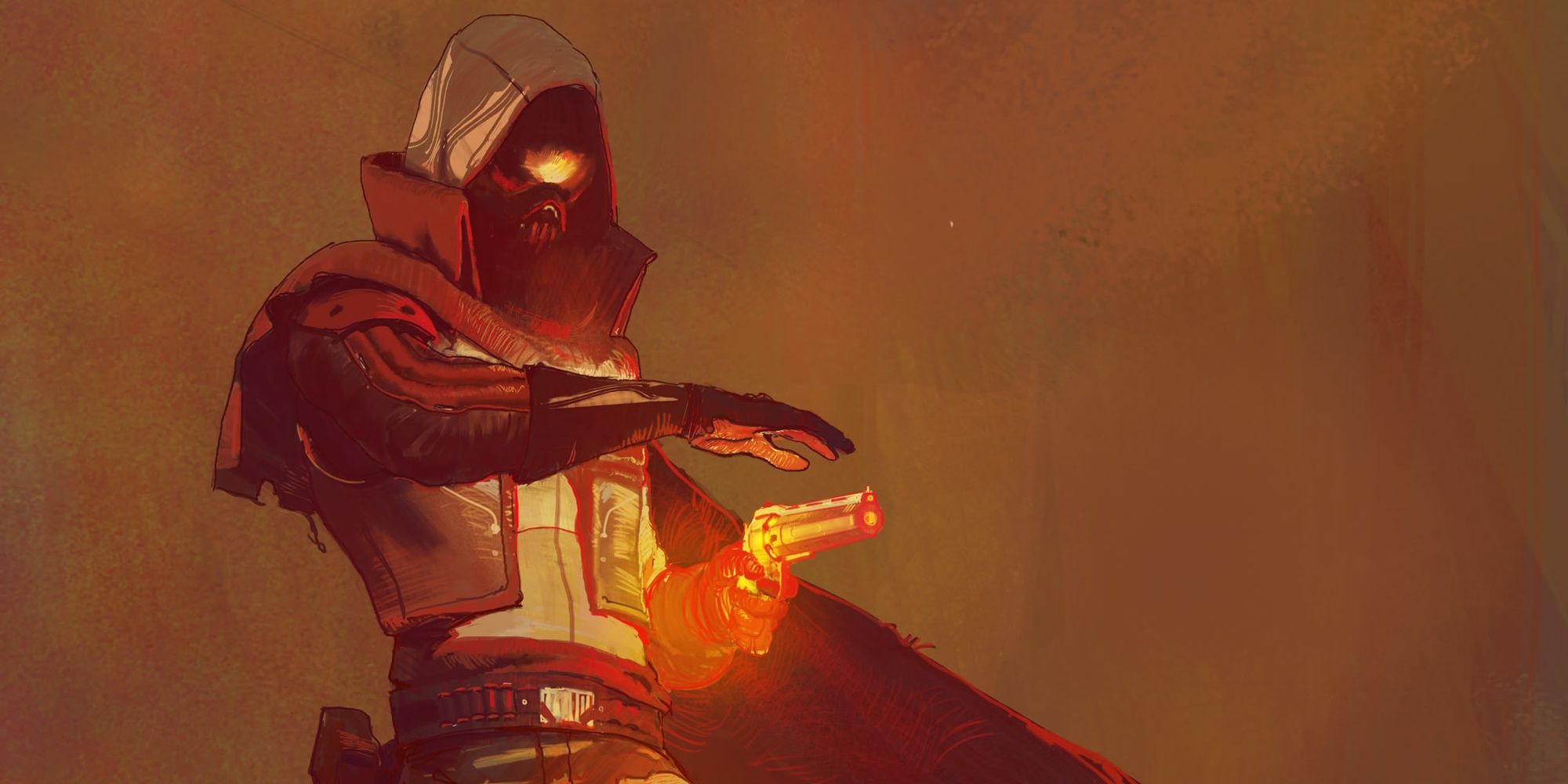 Making video games is expensive, so why not copy Destiny 2? Sure, fans could play Destiny 2, a beloved franchise with a deep lore and millions of players. Or, hear me out, they could play a different game that’s like Destiny 2 but will shut down its servers after three months. Fortunately, the developers have spent $15 million of their $16 million budget on a CG intro sequence voiced by the sixth lead of a drama series that was popular ten years ago.

Wanna play now? There’s a limited-time demo available this Wednesday from 2:00AM to 2:15AM.