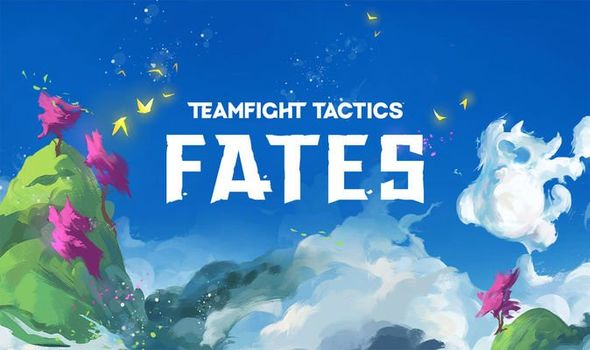 Big plans are being set in motion for TFT fans, with some big Teamfight Tactics meta changes in the tubes for September 2020.

Riot Games announced the new set Teamfight Tactics Fates this week, which will launch on Patch 10.19 in the League of Legends patch cycle.

What makes this so different from earlier updates is that this will introduce Set Four, which will include a whole new roster of champions and traits based on the mythical fantasy skinlines of League of Legends.

Riot Games has also announced that the big September release will offer new personalisation features and a new ranked season.

The update will include the following new features:

It will also include the following gameplay changes:

A message from the TFT development adds a few hints into what the new lore will focus on, telling fans: “Ever since the Featherknights have had beaks to go wah! and ears to listen, their songs have told of a secret realm between our world and the next: one of deep magic, where stars plop down from the sky and the land takes on a life of its own.

“Small (but still very fearsome) dragons with the power of storm and shadow lead great armies to defend this otherworldly plane.

“The largest and roundest of their kind have even been known to swallow whole worlds in a single gulp.

“It is said greatness awaits those brave enough to fight alongside these beasts.

“So gods and mortals alike—from splendid Divines to Tormented villains, from kind Spirits to dreadful Phantasms—come from far and wide to seek their Fortunes as the dragons’ Chosen.

“But tucked away in the corners of time and space, this world has been lost to outsiders for… basically forever. No one has yet discovered the mysterious glories it holds, and it seems no one ever.”

For those that haven’t played it yet, TFT is an eight person free-for-all strategy game where players combine LoL champions and items in different formations to defeat the seven other players in a match.

Players have to tactically place an army of characters on a grid-shaped game board for a last-player-standing automated battle. Since launching in 2019, TFT has attracted 80M players globally.