You are here:
Home / Terraria Vs. Minecraft: Which Game Is Better?

Terraria Vs. Minecraft: Which Game Is Better?

Terraria and Minecraft are two popular sandbox survival games, filled with tons of content. If you're new to both of these games, you may be wondering which one is better. Fortunately, we are here to give you some guidance. Here, we are going to look at which is better; Minecraft or Terraria.

It's important to note that the end decision is up to you. Additionally, if both games interest you, play them both! The two games are still periodically updated, giving you new content to play through. Now, let's dive in and take a look at our first category for comparing these two games. 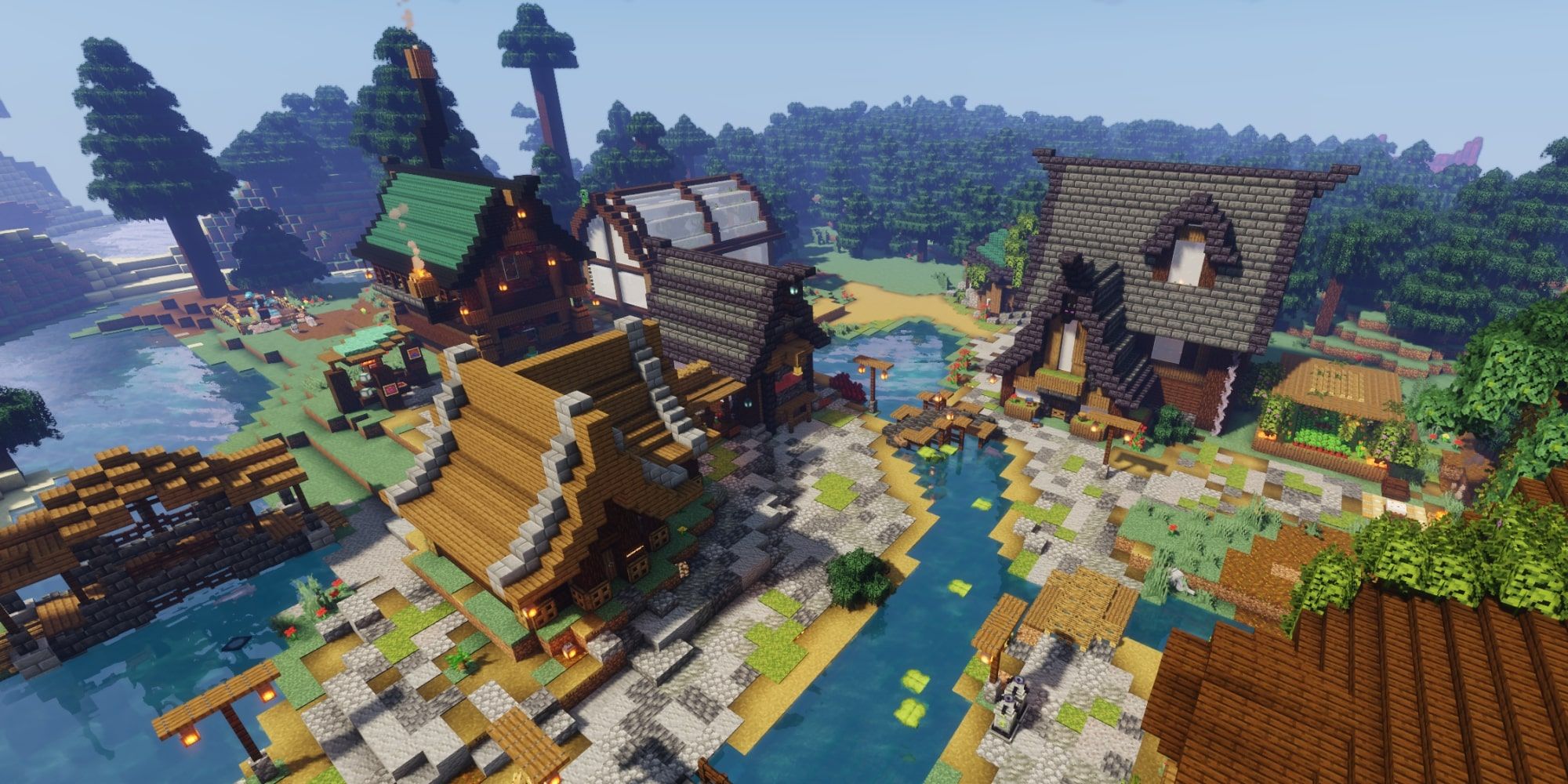 First up, we have building. Both of these games let you build anything that you want, from small starter huts to grand castles. While there is a large variety of blocks in Terraria, the 2D-ness of the world can, at times, limit your builds. Rather than having a 3D build with twists and turns, your imagination will need to fit onto a flat surface.

In Minecraft, you can create buildings that feel more 'real'. Rather than having a flat house with a door on either side so you can pass through, Minecraft allows you to build bases and houses that feel real and lived in. 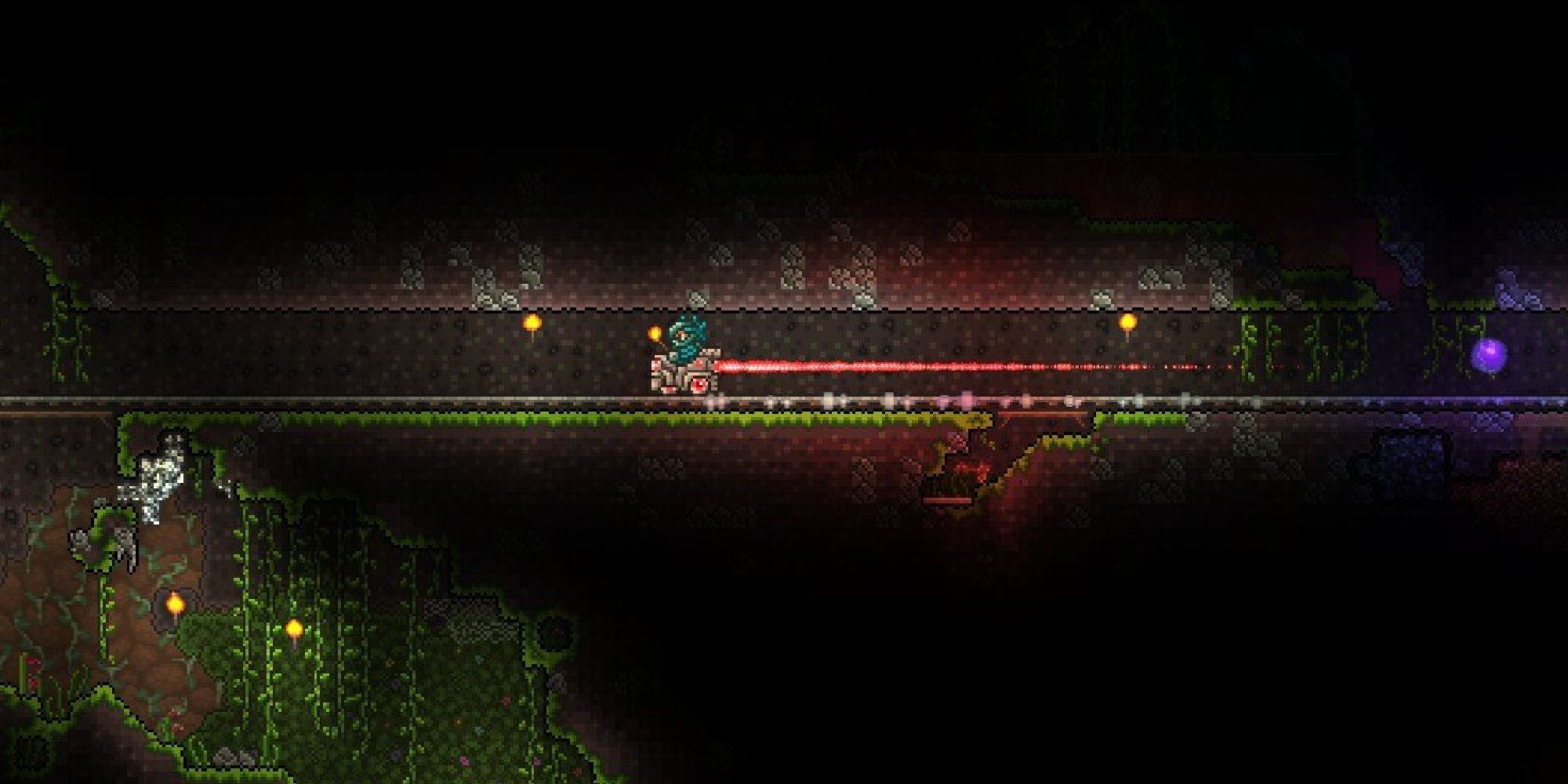 By far, Terraria has a better selection of gear and items than Minecraft. Minecraft players use a few different weapons; the sword, axe, bow, or crossbow. In Terraria, there are too many weapon options to count, ranging from simple swords to summoning staffs that summon creatures to fight with you.

Additionally, Terraria has an impressive amount of armor and accessories. Rather than using Netherite armor as you would in Minecraft, you can tailor your armor specifically to you. If you like to play with a focus on magic, then you can get robes that boost your mana. There is even a complex accessory crafting system, allowing you to make accessories to help you survive the world. 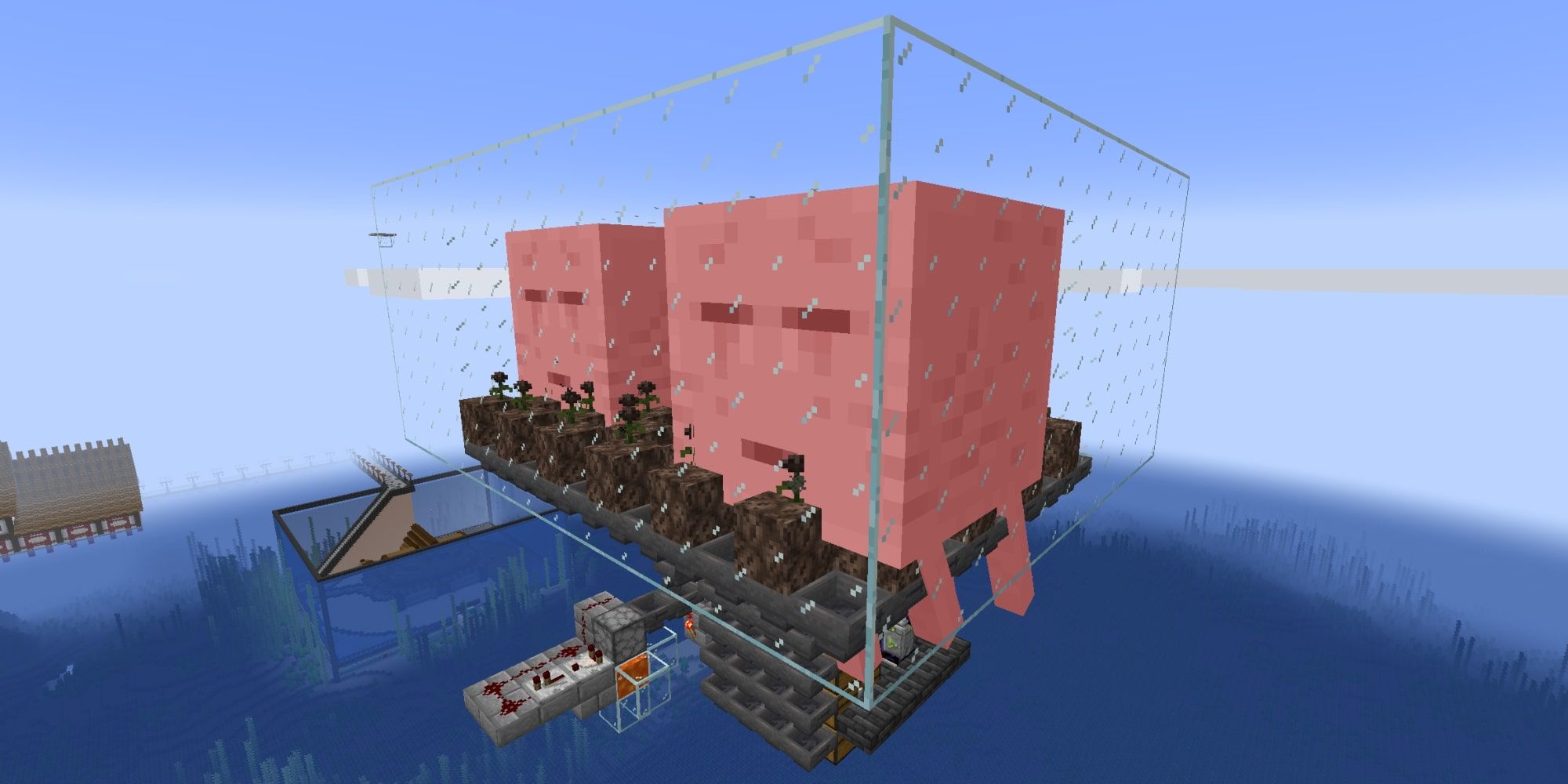 Nothing compares to farms in Minecraft, and we don't mean just a simple wheat or carrot farm. In Minecraft, you can make a farm for pretty much anything, from an auto-cobblestone generator, to a gold farm on the roof of the Nether. A quick search for Minecraft farms on YouTube will bring up thousands of farm options.

Terraria doesn't place an emphasis on making farms like Minecraft does. This is totally fine, but if you are a fan of automation, then Minecraft is superior. In Terraria, your item collecting is done through exploration and trading, rather than creating large and efficient farms. 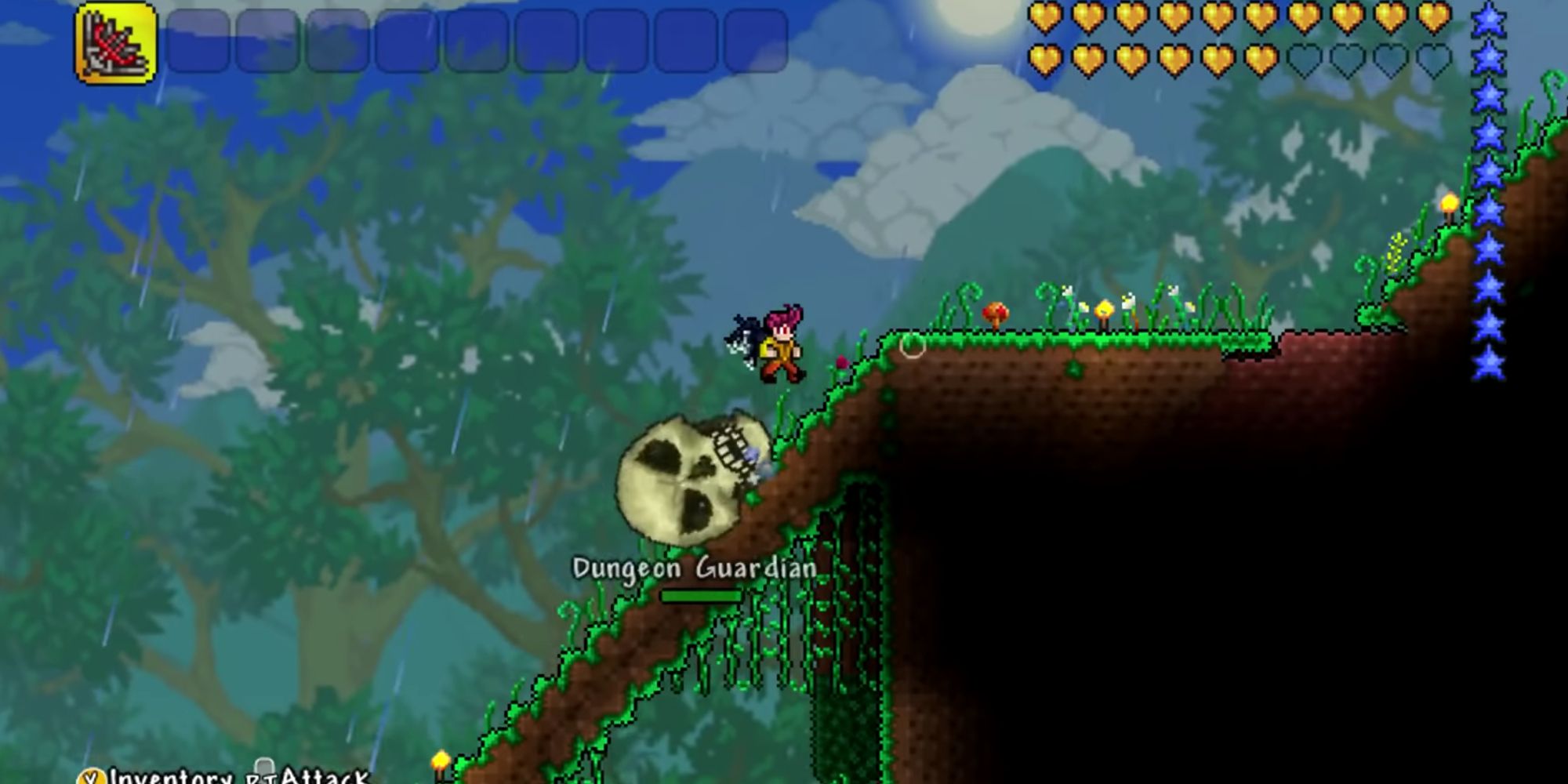 As sandbox survival games, you don't have to focus on combat as you would with other games. Sure, you will need to fend off zombies in both games, but you can also create a mob-free area and build a base without worrying about combat. If you do choose to focus on combat though, Terraria takes the cake. As mentioned above, there are tons of weapons in Terraria, with different effects that are applied to enemies.

In Minecraft, you just need to swing (or punch) at enemies. The combat is relatively simple, and it's pretty simple to learn. Terraria's range of weapons allows for a more complex combat system, as well as a wider variety of enemies. 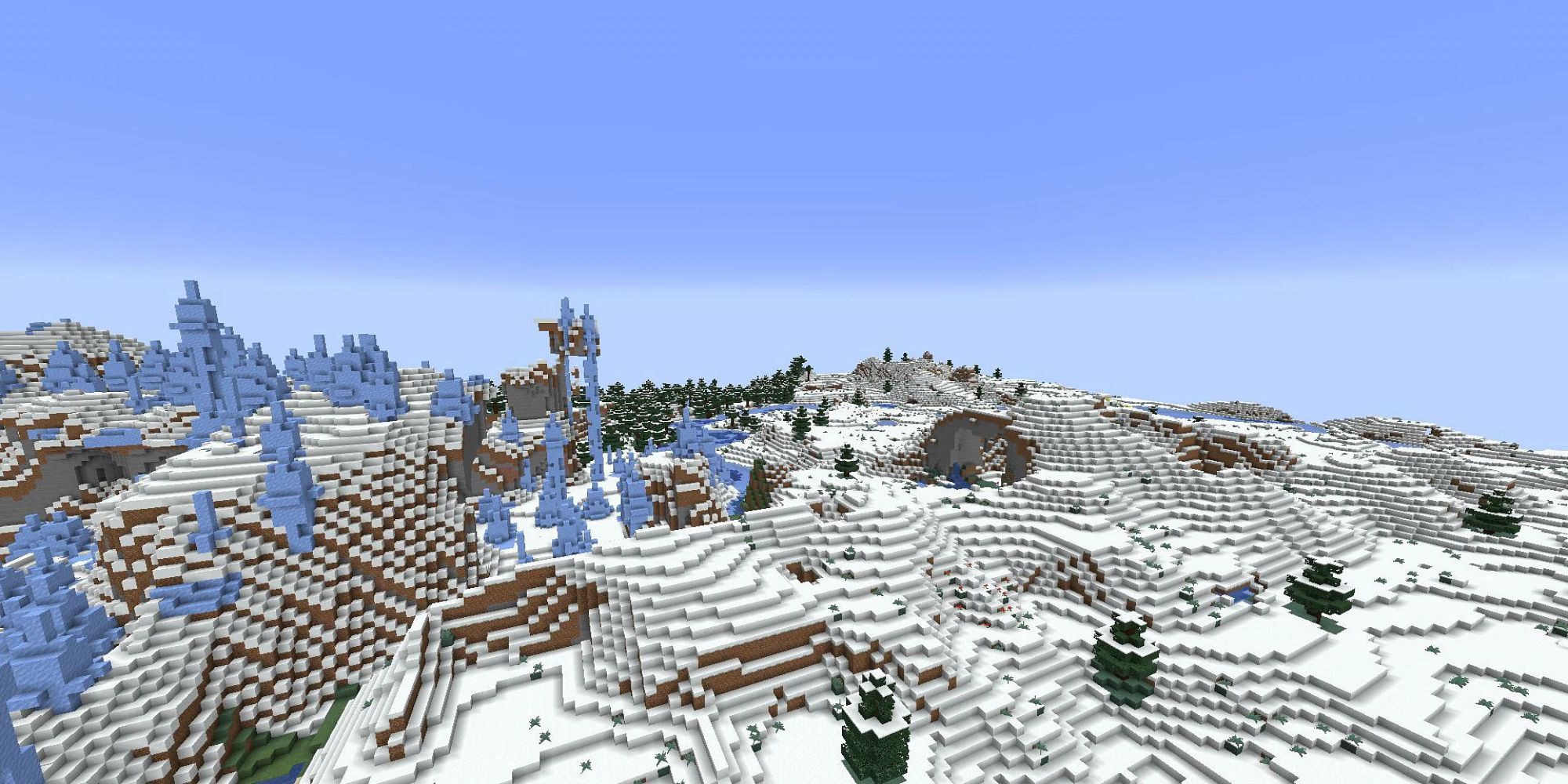 Both Terraria and Minecraft have expansive worlds, but nothing beats the sheer vastness of Minecraft. The Overworld in Minecraft is so huge that you won't easily make it to the 'end of the world'. On top of that, there are two other dimensions that you can endlessly explore.

Terraria has a large map, but it's quite easy to make it to the end, especially since both sides are capped with a beach and ocean. While you can make the map a bit bigger when creating the world, it doesn't come close to the scale of Minecraft. 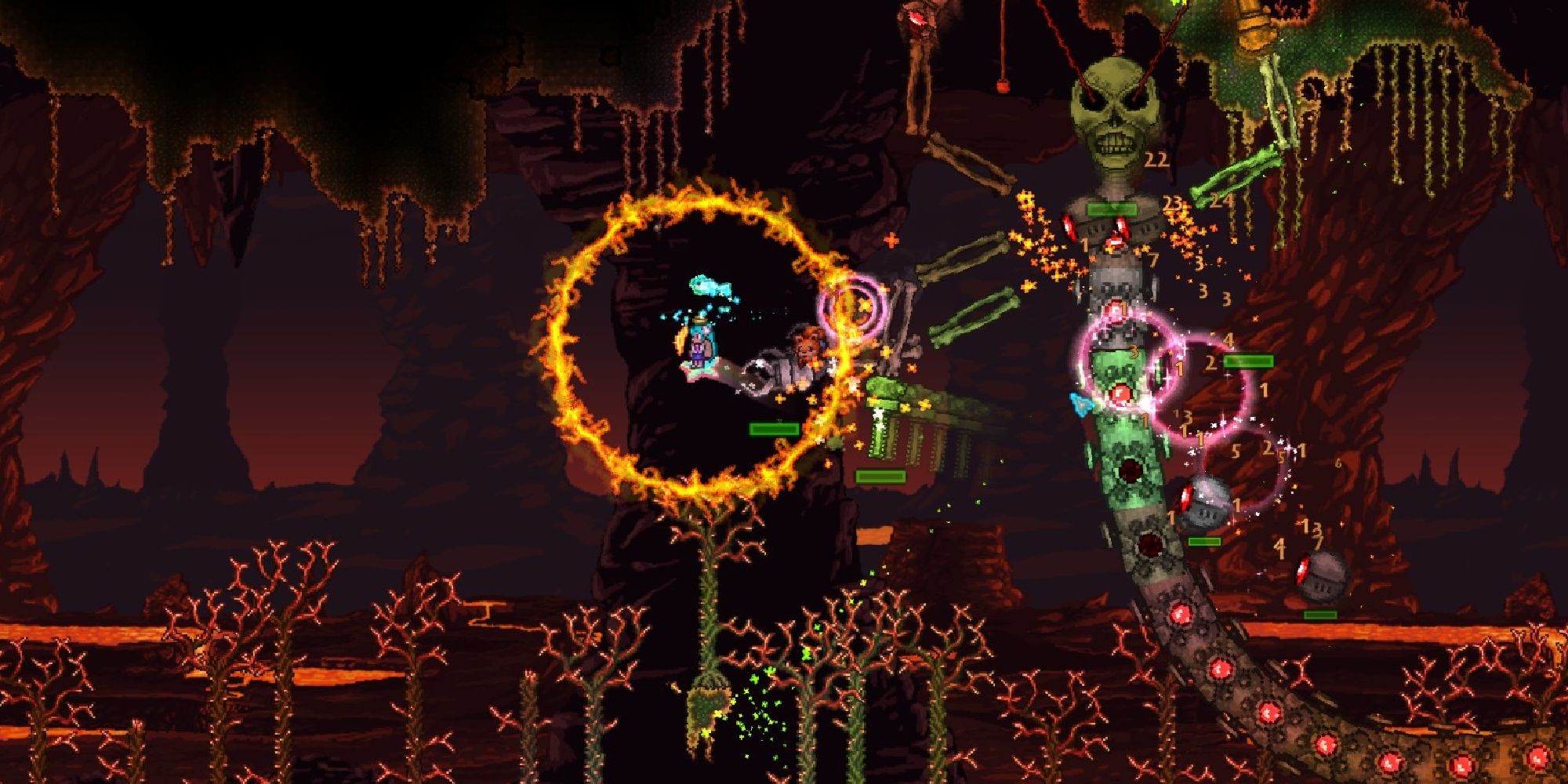 By no means does Terraria have a story, but it is still a bit more structured than Minecraft. If you easily get discouraged in games because you aren't sure what to do, Terraria beats out Minecraft. Minecraft has two bosses; the Ender Dragon and the Wither. You can also fight the Warden, but this is not a boss like the other two. At times, you can become a bit lost in the world, since there is no direction.

Terraria, on the other hand, is filled with bosses and NPCs to guide you. Your first task may be to obtain every NPC and place them in their favorite biome. To do this, you can explore certain areas, and defeat required bosses. When you have every NPC, your next goal may be to defeat all the bosses, and convert the world to Hardmode, where there are even more bosses waiting. Overall, you can see that these bosses and NPCs guide your gameplay, helping you progress. 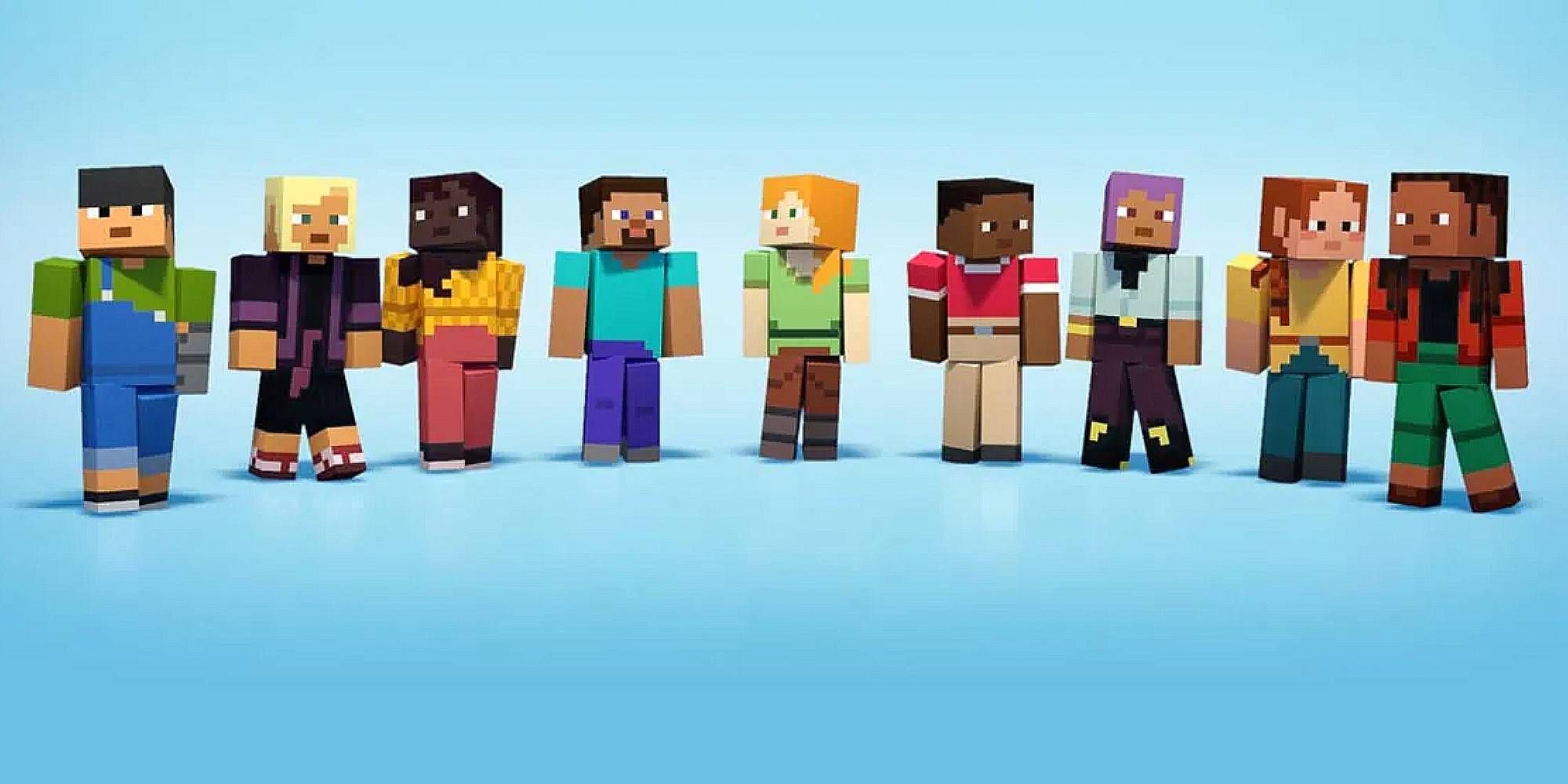 Terraria and Minecraft both have multiplayer modes, allowing you to play with friends. Since the world is limited in Terraria, you may run out of space if you are playing with too many people. Additionally, after a period of time, everything may be fully explored, right down to the underworld.

Minecraft's vastness allows for a better multiplayer experience that can support tons of players. These servers are called SMPs; or survival multiplayer servers. You can get a bunch of friends together on an SMP, but there are also tons of well-known SMPs that you can watch on YouTube. If you aren't familiar with these servers, it may sound a bit strange, but YouTube SMPs are incredibly entertaining, filled with storylines and amazing builds. 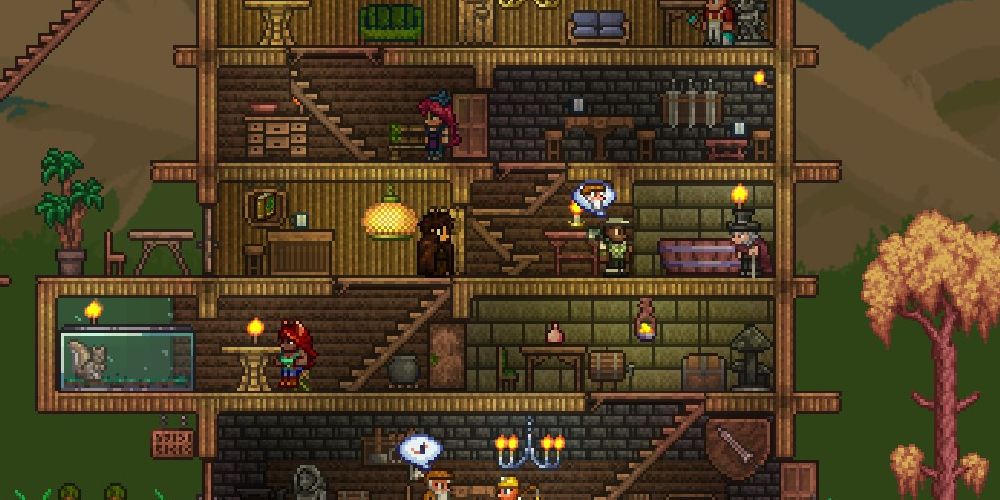 Lastly, we have the villagers category. If you have ever played Minecraft and tried to organize villagers, then you know how painful of an experience it can be. Villagers are essential for getting rare items, but they can't just be moved and placed wherever you want. You will probably need to place them in a minecart for transportation. Along the way, mobs can attack your villagers, causing their death. Overall, creating a villager trading hall can be annoying.

In Terraria, villagers are immensely better. Firstly, they have weapons and can attack mobs that approach them. When a villager does happen to die, they will just respawn. Many villagers provide helpful items, such as pylons for teleporting and bombs to clear the earth. Terraria villagers are just like normal NPCs. Additionally, if you want to rehome a villager, you just need to make a new house and assign the villager there. They will make their way to the house without needing to be moved. 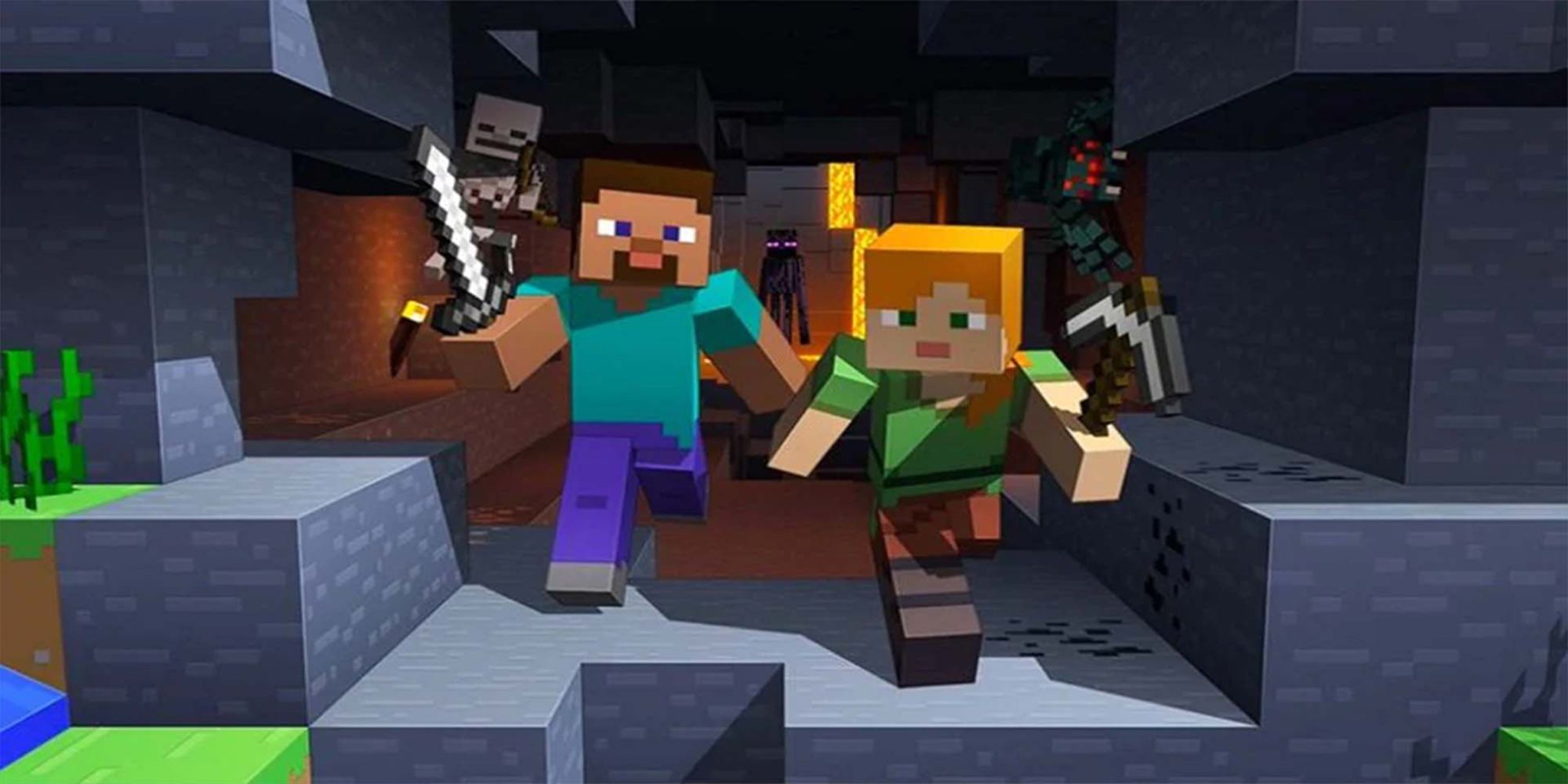 So, which one is better? This may seem like the easy way out, but it still depends on your play style. In the table below, you can see the key points for each game.

Overall, Minecraft is great for expressing your creativity, while Terraria is great for combat and crafting unique gear.