You are here:
Home / Terraria: How To Summon And Defeat Skeletron

Terraria: How To Summon And Defeat Skeletron

Boss fights in Terraria are plentiful and they're one of the main reasons why Terraria is such an interesting game to explore. Each boss drops different pieces of loot, which may be essential to progress in certain ways. You can often rematch bosses after defeating them, but there are usually extra requirements.

Skeletron is one of the most memorable bosses in Terraria, but it can be a challenging enemy to defeat the first time you summon it into your world.

How To Summon Skeletron 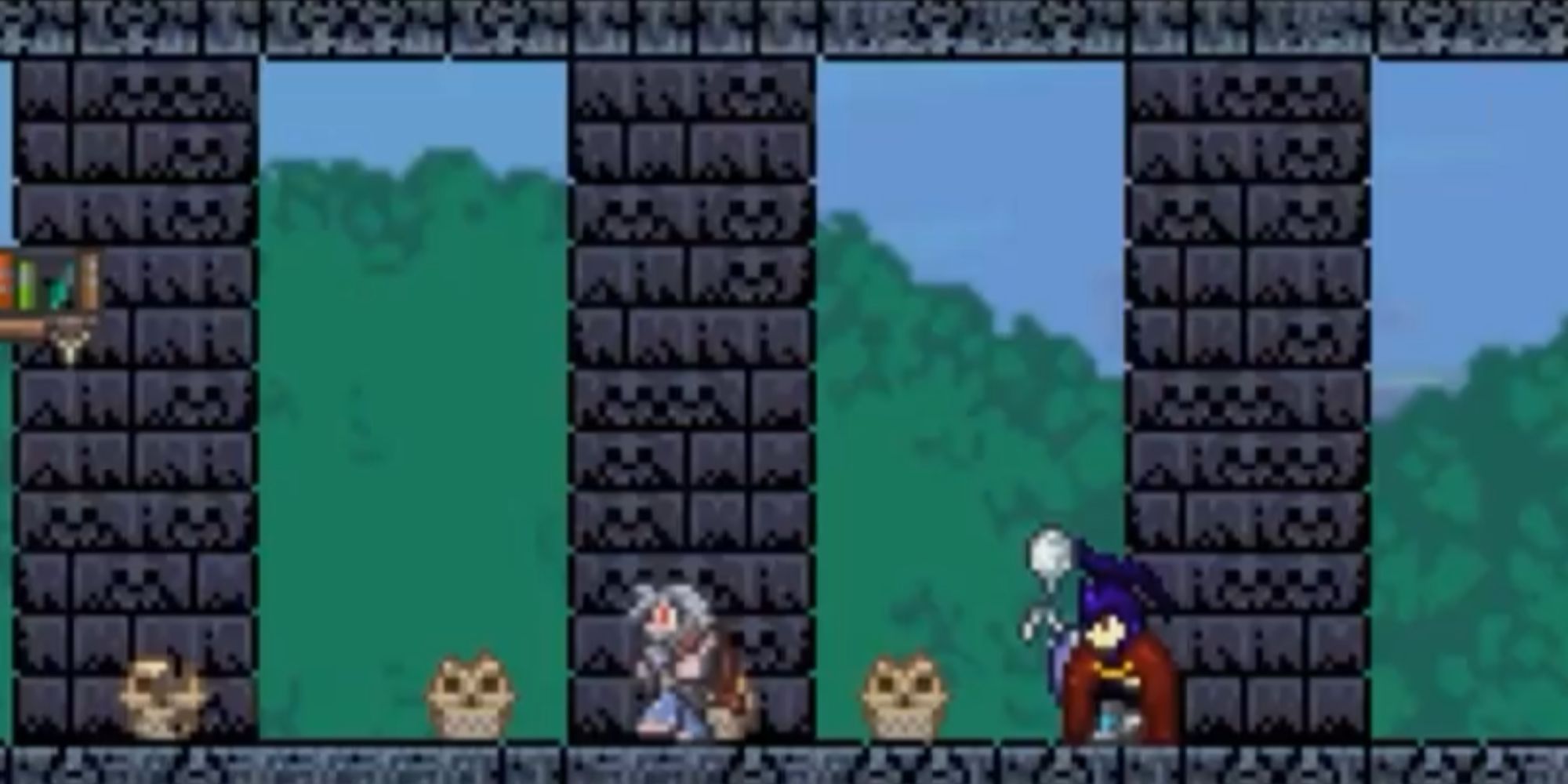 Before you can summon Skeletron, you need to find the Dungeon in your world. The Dungeon will spawn on the side of the world with a Snow Biome and opposite the side with the Jungle Biome. You can find a picture of what the Dungeon looks like above; once you run into this structure, you'll know you've found it. The Dungeon is near the edge of each map.

Once you find the Dungeon, you need to wait until nighttime and then speak to the Old Man NPC, who stands outside the Dungeon. Pressing "Curse" while speaking to the Old Man will make him transform into the Skeletron boss. Although you can summon Skeletron as many times as you need to win the battle, you can't summon him again after defeating him.

The Old Man recommends that you have at least Ten Defense and 300 HP before summoning Skeletron, and although it's not a requirement to participate in the fight, it's difficult to defeat him without these minimum attributes. 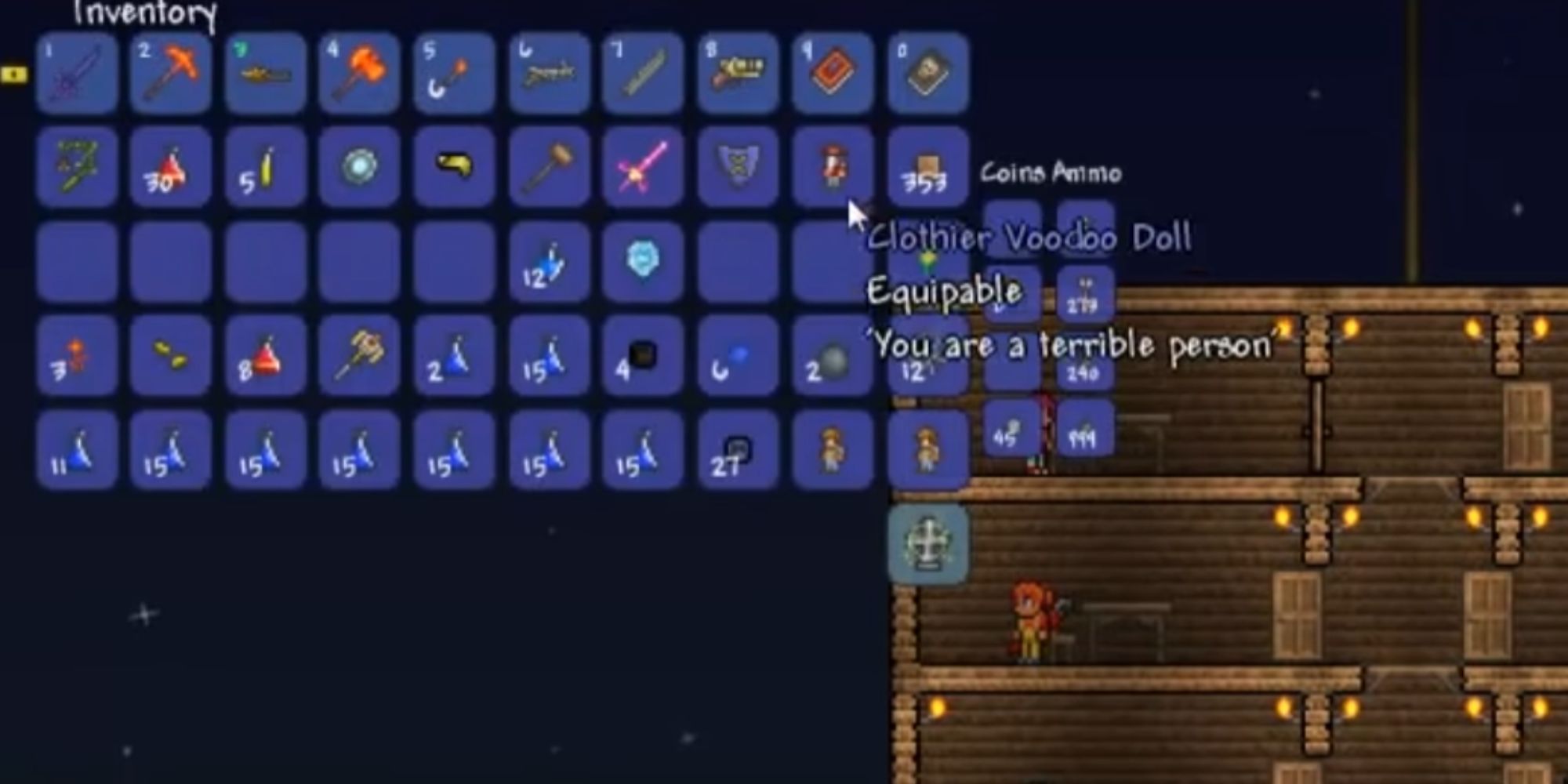 Even though the Old Man will disappear after you defeat Skeletron, there's still a way to fight the boss again. You have a chance to get the Clothier Voodoo Doll if you travel into the Dungeon and defeat Dark Casters or Angry Bones.

How To Defeat Skeletron 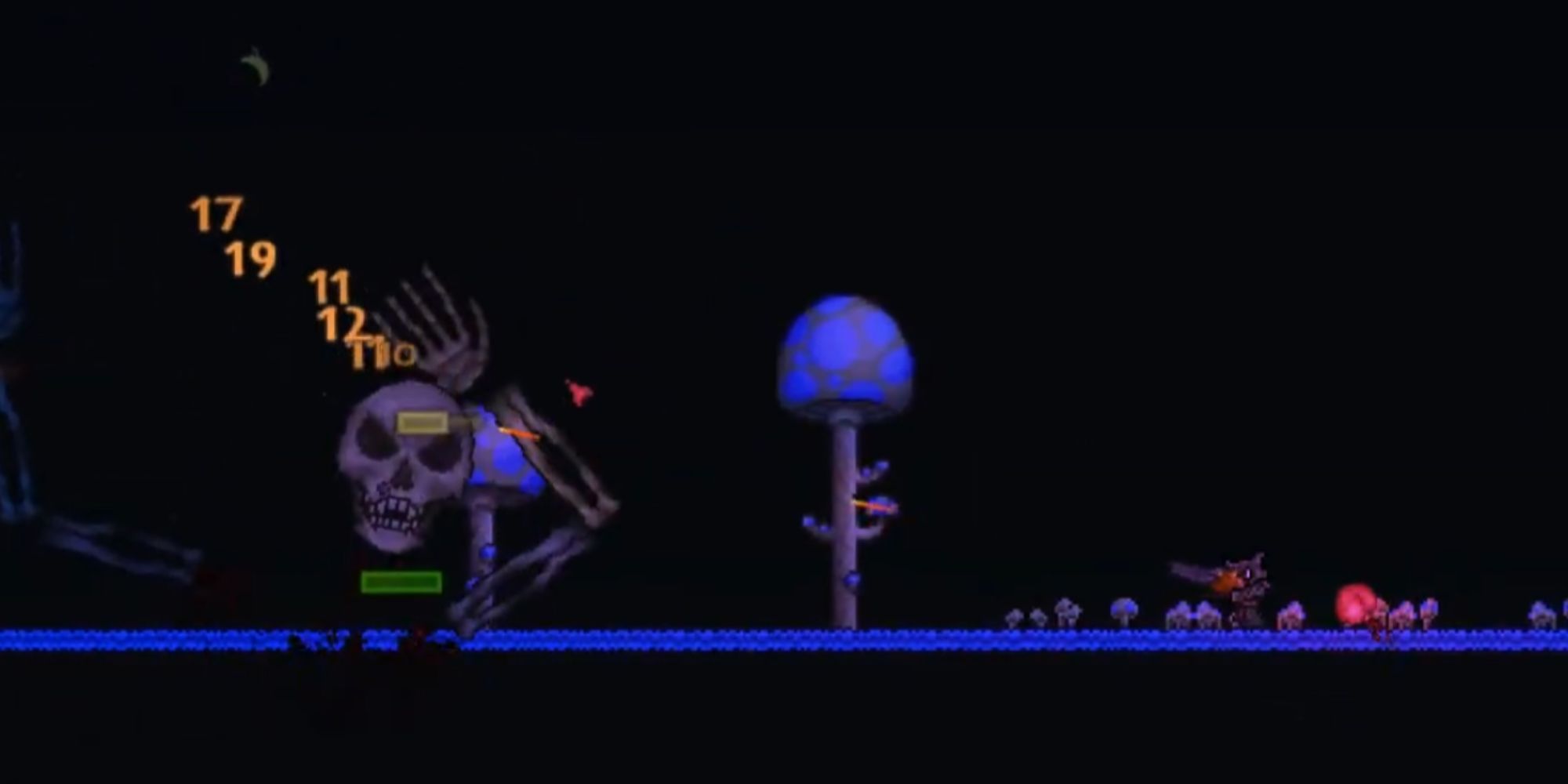 Skeletron is a powerful enemy. He can use his floating hands to attack you, but he also uses his head to spin around, which deals massive damage if you get caught in it. Skeletron can alternate between these attacks, so watch out for his roar, which indicates his head is about to spin.

Skeletron has 600 Health, 14 Defense, and deals 20 Damage on Classic Mode. Skeletron dies when you defeat its head; however, it's often easier to defeat its arms first so that they can't attack you. Ranged weapons such as bows are most useful against Skeletron since he can float around. Regardless of the weapon type you choose to use, make sure to bring your most powerful weapon and armor to the fight.

The Best Strategy For Fighting Skeletron 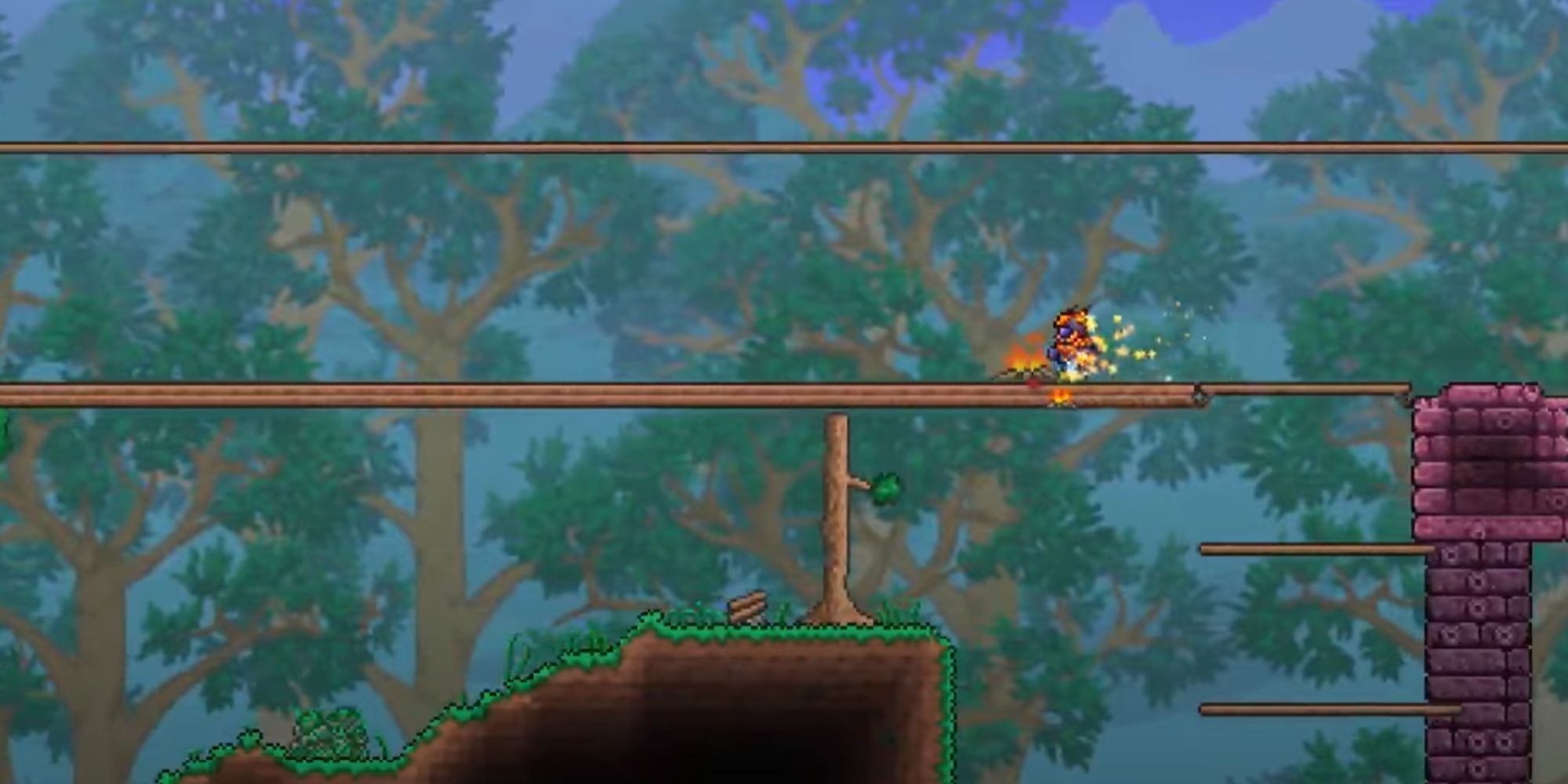 Skeletron floats in the air, and he can move quickly, so you need to travel upwards as he floats above you to hit him. Use Wood Platforms to build multiple rows that you can use to move upwards and downwards as Skeletron floats around the battlefield. There's an example of this structure in the picture above. You need to build the platform before summoning Skeletron.

Once you summon Skeletron, attack his arms first to mitigate the damage he deals towards you. This is particularly easy if you've built Wood Platforms since you can use them to follow his arms in any direction.

After you defeat Skeletron's arms, you need to attack his head to defeat him. Using ranged weapons is a good idea since Skeletron moves quickly, and it may be difficult to hit him with melee attacks since he rarely travels close to players. It's easier to attack Skeletron if your character has fast movement speed or a method of flying. Once you defeat Skeletron's head, he'll die, and you can collect your rewards.

How To Defeat Skeletron On Expert Mode 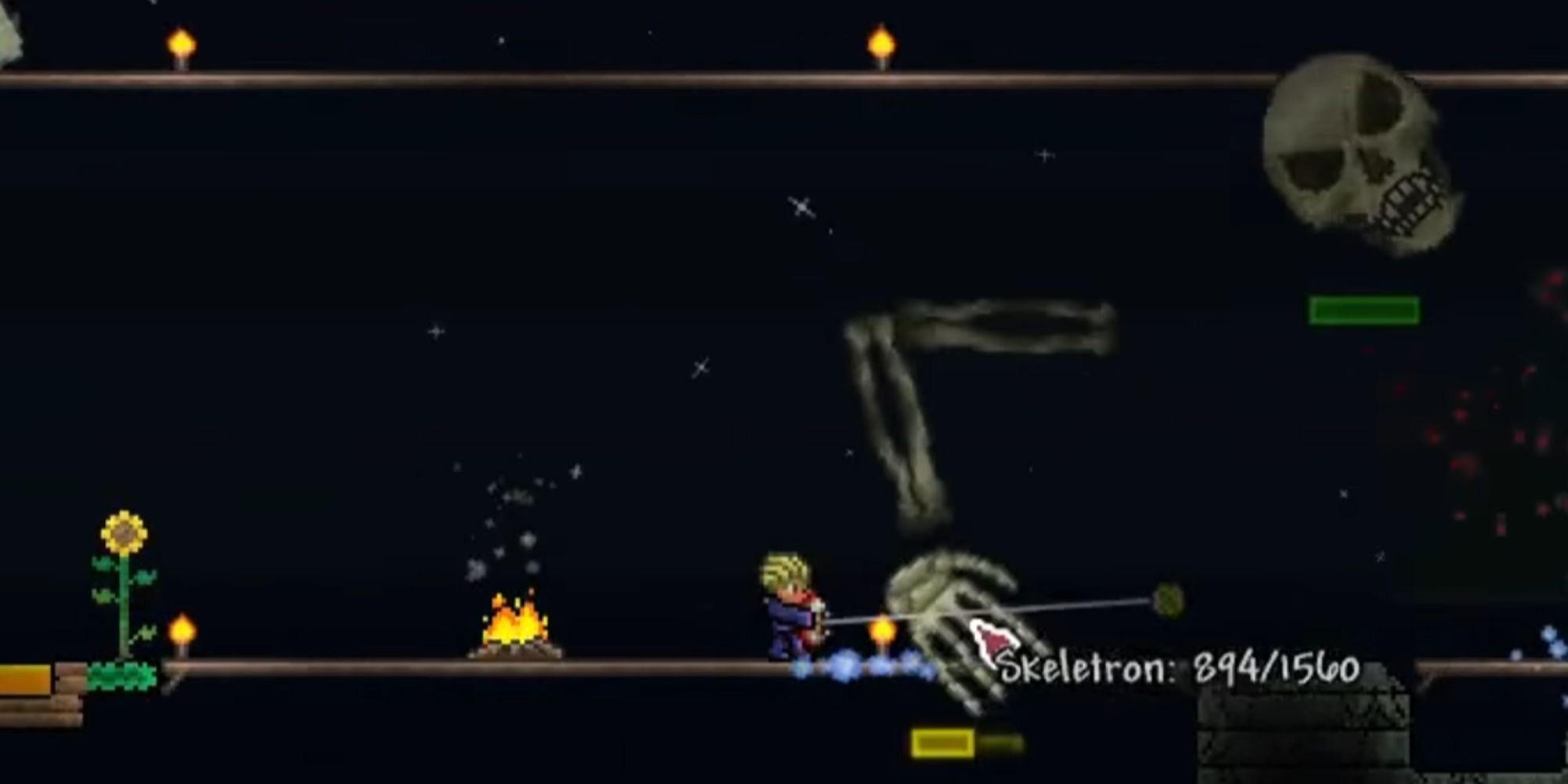 The strategy above works well on Expert Mode; however, Skeletron is stronger in a few important ways. Skeletron has the following properties in Expert Mode.

Everything You Earn For Defeating Skeletron 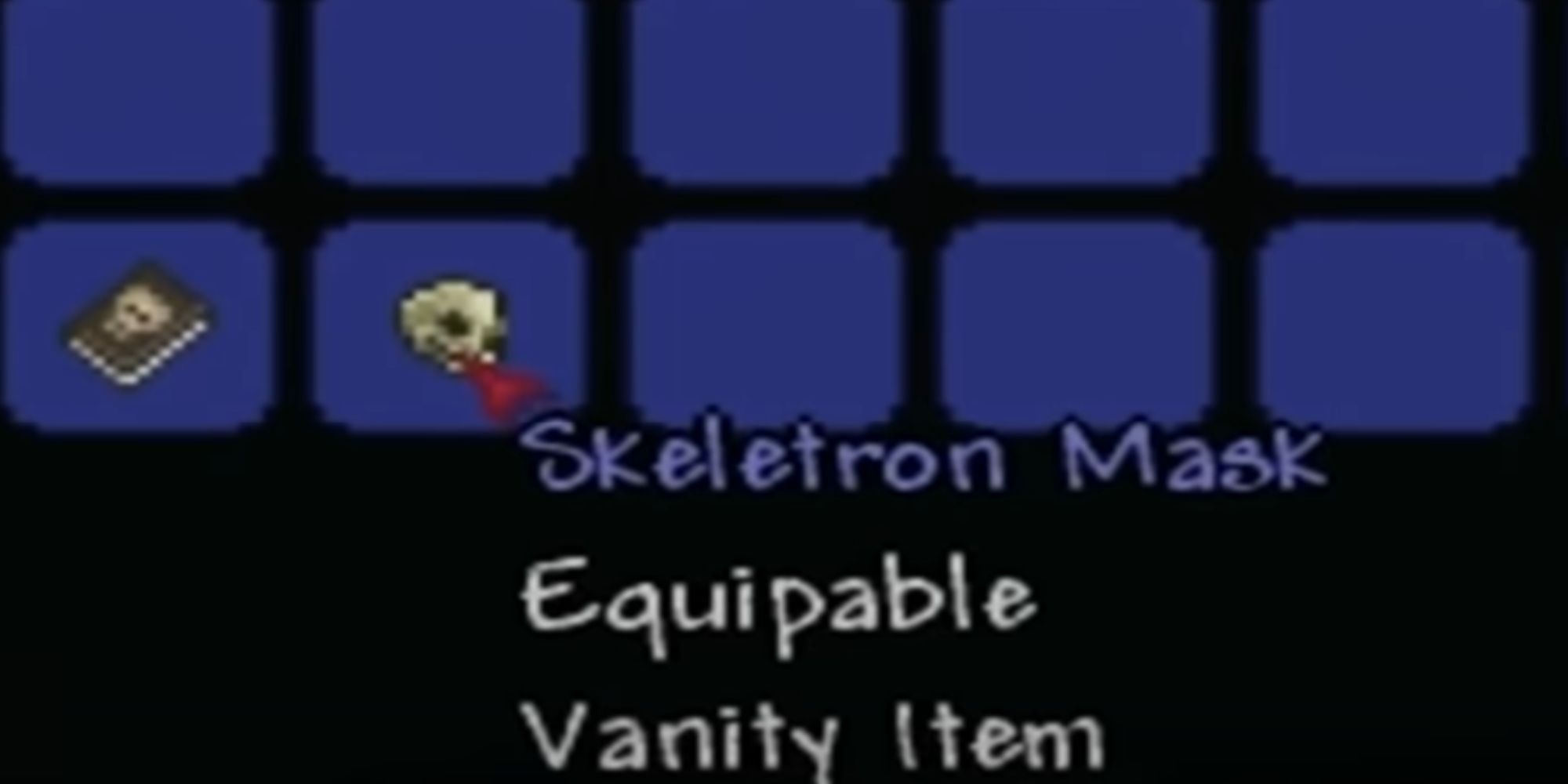 There are many possible rewards to earn for defeating Skeletron; however, there's no guarantee you'll get all of them the first time you defeat this boss. Here's a list of each item with the chance of earning them in percentage.