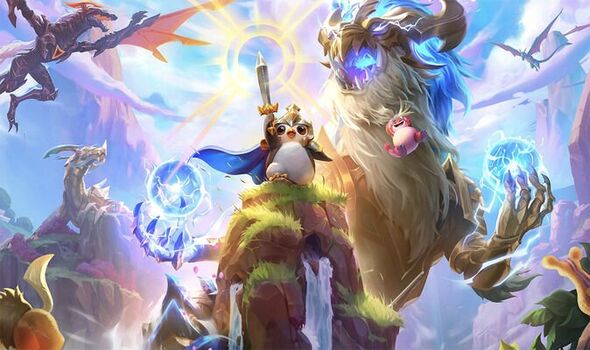 League of Legends spinoff TeamFight Tactics is a unique strategy game that’s part of the team-builder, auto-battler sub-genre. After drafting your team you’ll compete against seven other players in a free-for-all, winner-takes-all lobby, which executive producer Geoff Virtue compares to a poker tournament. One of the most popular games of its kind, developer Riot Games has just released update 12.11, which adds the highly anticipated Dragonlands set. If you’re a TFT fan looking for a leg up, or even a new player in need of some advice, Virtue has shared some useful tips and tricks to guide players along the path of victory.

According to Virtue, focusing on ‘Traits’ is a great way to get ahead in Teamfight Tactics.

“One of the first things I usually encourage people to do is in the game we have something called a ‘Trait’, and a ‘Trait’ is kind of a family of the champions that are in the game,” Virtue explains.

“I always recommend that people try to build a vertical ‘Trait’, so try to collect as you’re drafting your champions, all of the champions that have the same ‘Trait’ name.

Virtue also recommends saving your gold until the later rounds, when it can be used to improve your team.

“The other great tip that I have for new players is definitely save your gold. It’s important to kind of save your gold in the first few rounds, as you start to earn more interest. The more interest you earn will allow you to be more successful in the later parts of the game.”

As for Dragonlands, fans can enjoy the new content after downloading the latest update. As the name suggests, the new set includes a number of new dragon characters that will be playable in the game.

“In Dragonlands, our theme is focused on the realm of dragons, where there are a number of different islands with dragon clans that worship these unique dragons,” Virtue continues.

“My favourite one is one called Poggles, which is like a little baby dragon that looks like a soccer ball. If you imagine a soccer ball turned into a baby dragon, it’s the cutest thing you’ve ever seen.”

You can download Teamfight Tactics for free by visiting the iOS App Store for iPhone and iPad, or the Google Play Store for Android devices. The game is also available for free on PC.