You are here:
Home / Tactics Ogre: Reborn – Complete Guide To The Pirate’s Graveyard

The Pirate's Graveyard is one of the many dungeons that you can unlock and fight your way through in Tactics Ogre: Reborn. It's a nautical-themed dungeon with a ton of Octopuses, Skeletons, and Lizardmen to fight, and even some extremely rare Liches if you delve far enough.

Here's our guide to the devious dungeon, including how to unlock it, how to make your way through it quickly, and how to complete Azelstan's side quest and claim the treasure for yourself – or not!

How To Unlock The Pirate's Graveyard 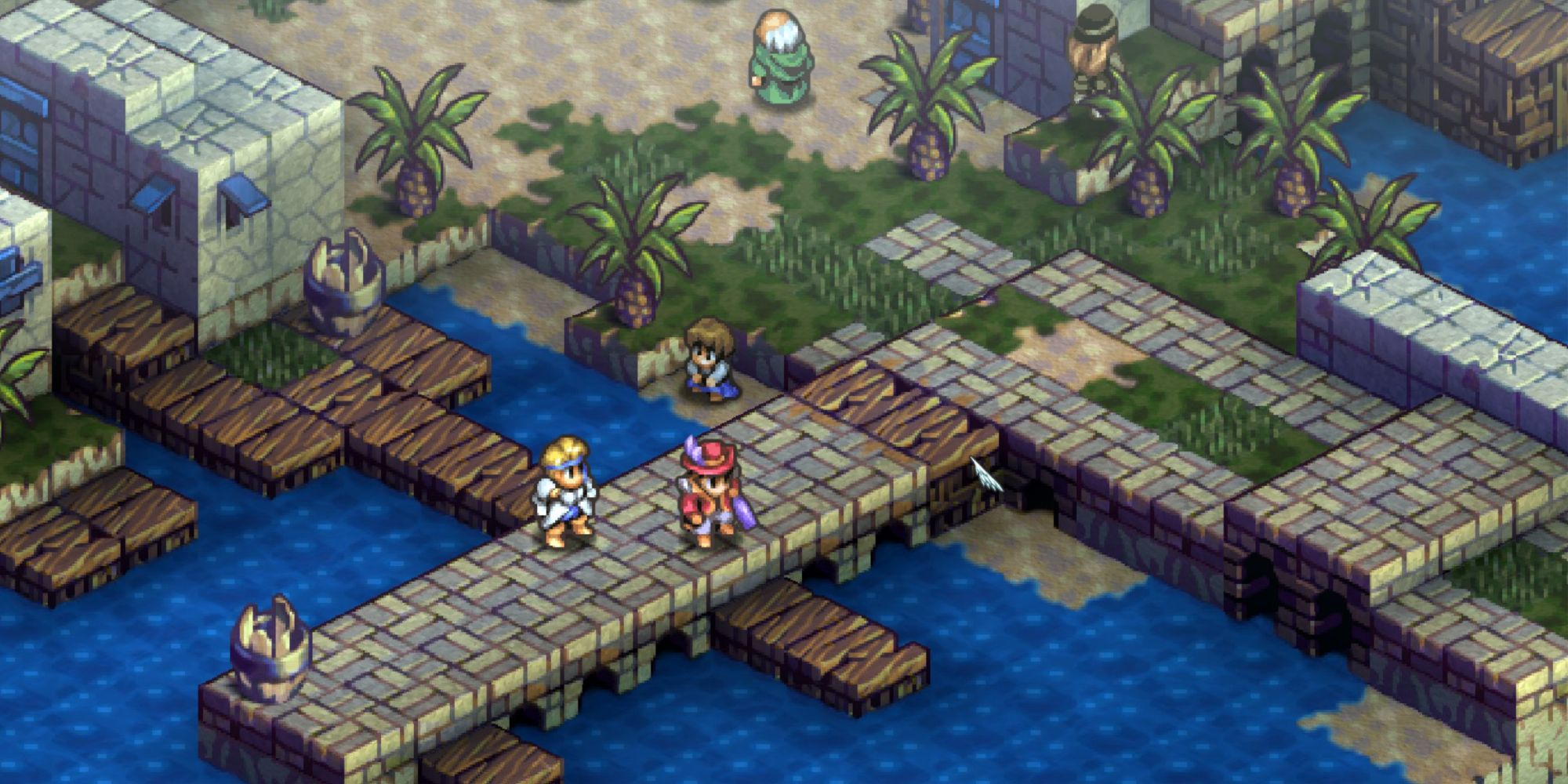 For more information about Azelstan and the way that this dungeons is entwined with his recruitment quest, click here. 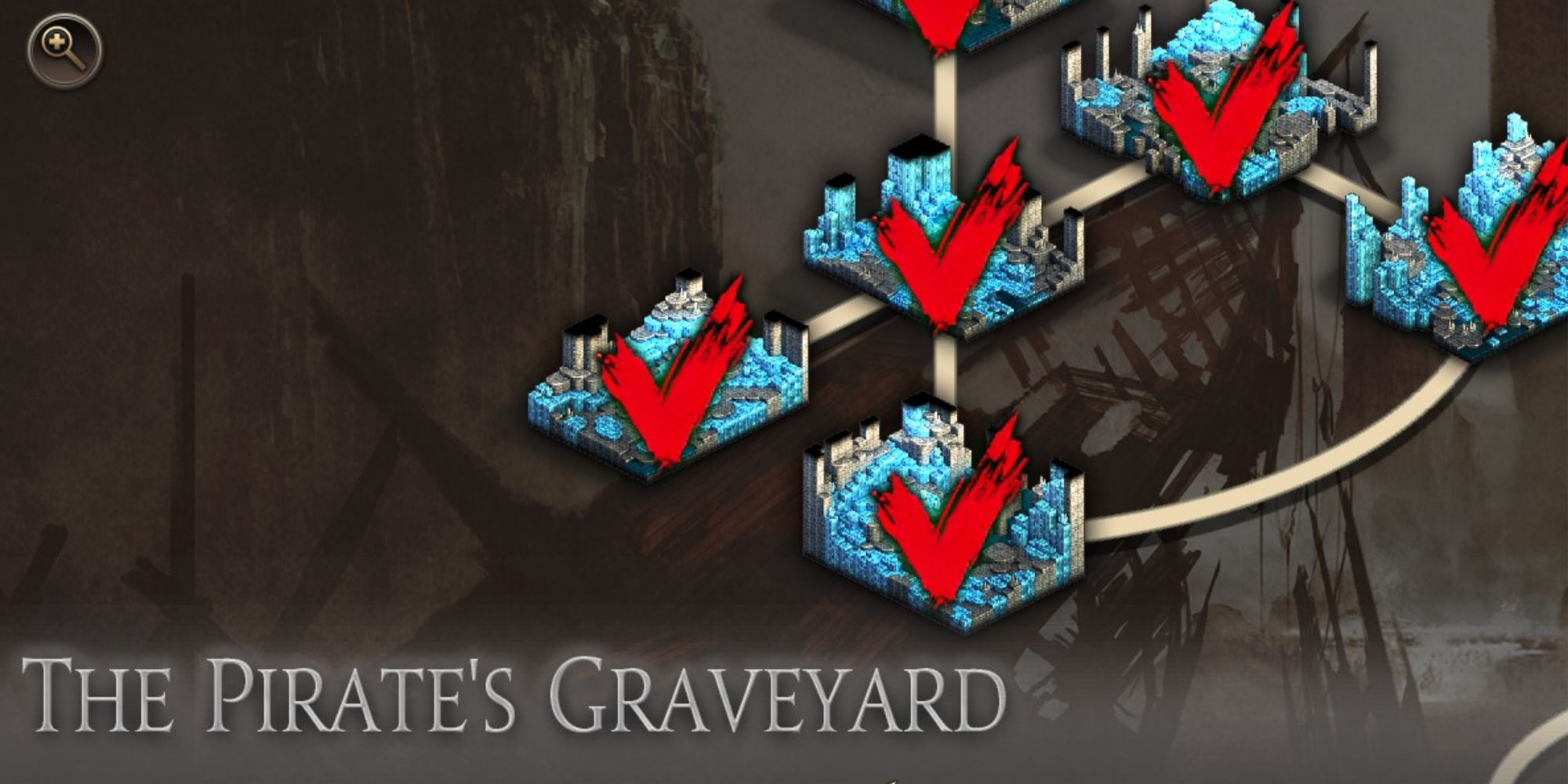 The quickest route through the Pirate's Graveyard is as follows:

From the Midline Rift, you can head to either of the final maps, On Holy Ground (if you're looking for a Lich or the Pirate's Treasure) or Into the Darkness (if you're chasing Iuria in CODA Episode 1). 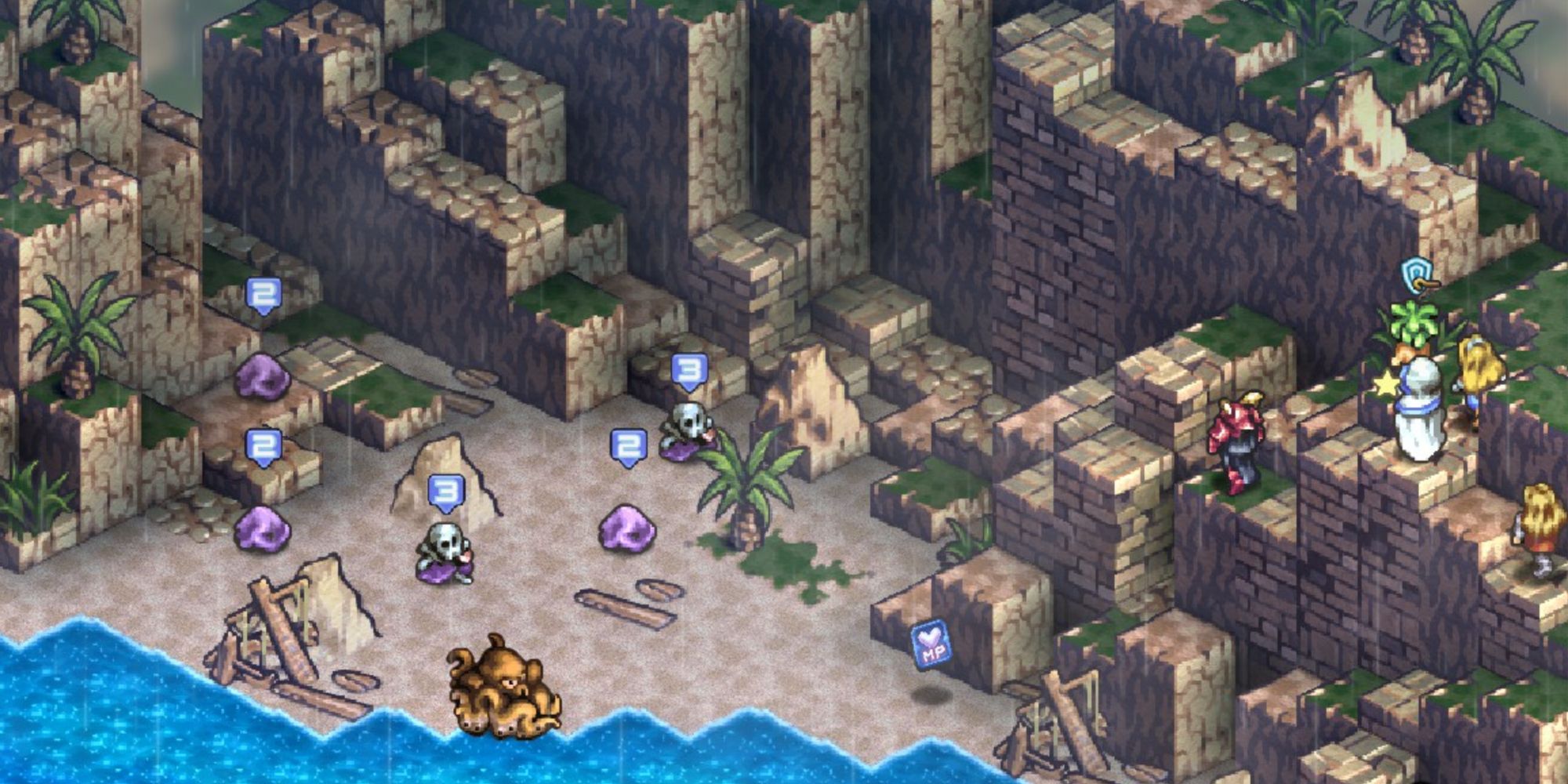 Once you have Azelstan recruited, it's possible to take on The Pirate's Graveyard once more – this time, to get the rumored treasure lurking at the bottom. There are a few unique fights to take on.

This can only be completed on Chapter 4. If you are in the postgame CODA, you cannot see any of the following scenes or play the associated battles. You will have to use the World function to reverse time to Chapter 4.

You will be forced to take the slightly longer path for the first few battles to the Ripples of Grief. 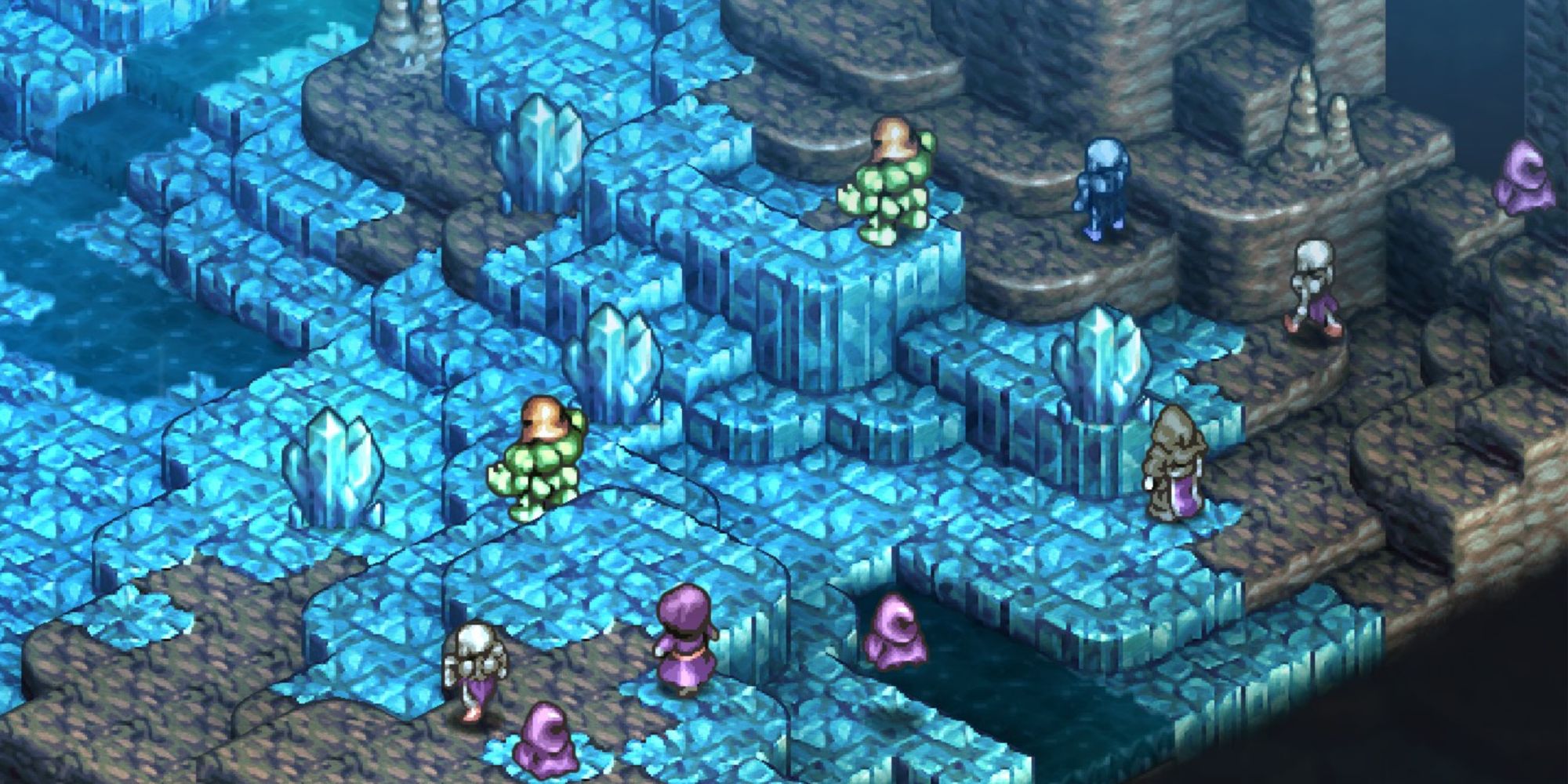 This battle throws some new things at you, but they shouldn't be too difficult to handle.

After the battle, you'll get a scene with Denam and Azelstan. The next unique battle is right at the bottom of the dungeon, in On Holy Ground. 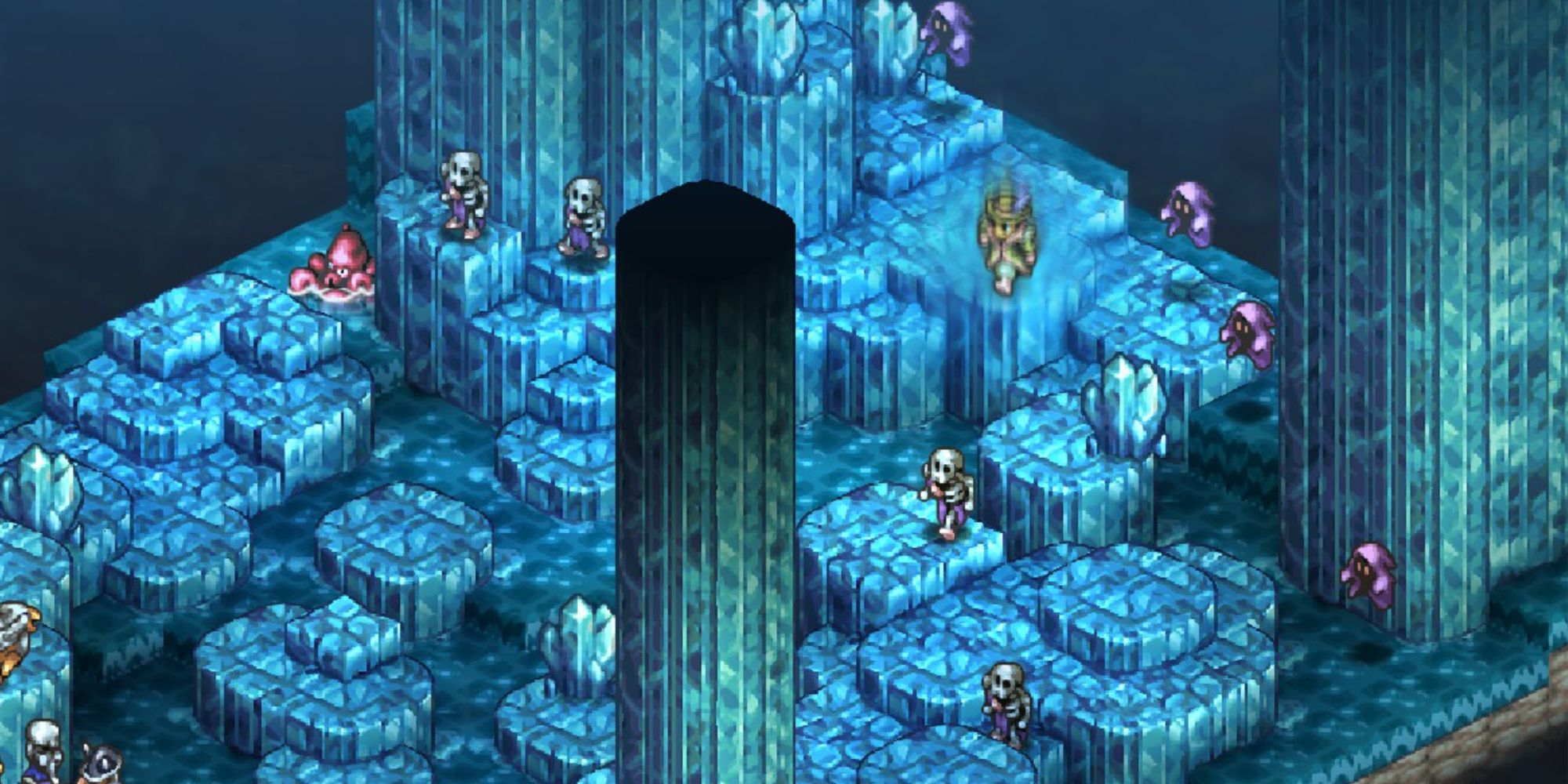 There are some bulky opponents here, but nothing that should give you any grief.

Once you beat Rackham, the fight will end, and you'll be treated to a cutscene where you get to choose whether to take the treasure or not. You'll learn that the treasure is more a grave marker than anything else, and you'll have to make the choice.