With Denam now the leader of the resistance, there are big challenges on the horizon. Chapter 3 of Tactics Ogre: Reborn's Lawful route features lots of stronghold battles, fierce bosses, and some nifty recruits to experiment with.

When you begin this chapter, the shops will have just been updated. Take a look at the new stock and grab some upgrades if you feel so inclined – the second tier of crafting recipes is now available, but you can hold off buying them for now; the weapons you need to craft any of them aren't available just yet.

Sail around to Madura Drift to fight the first battle of the chapter. 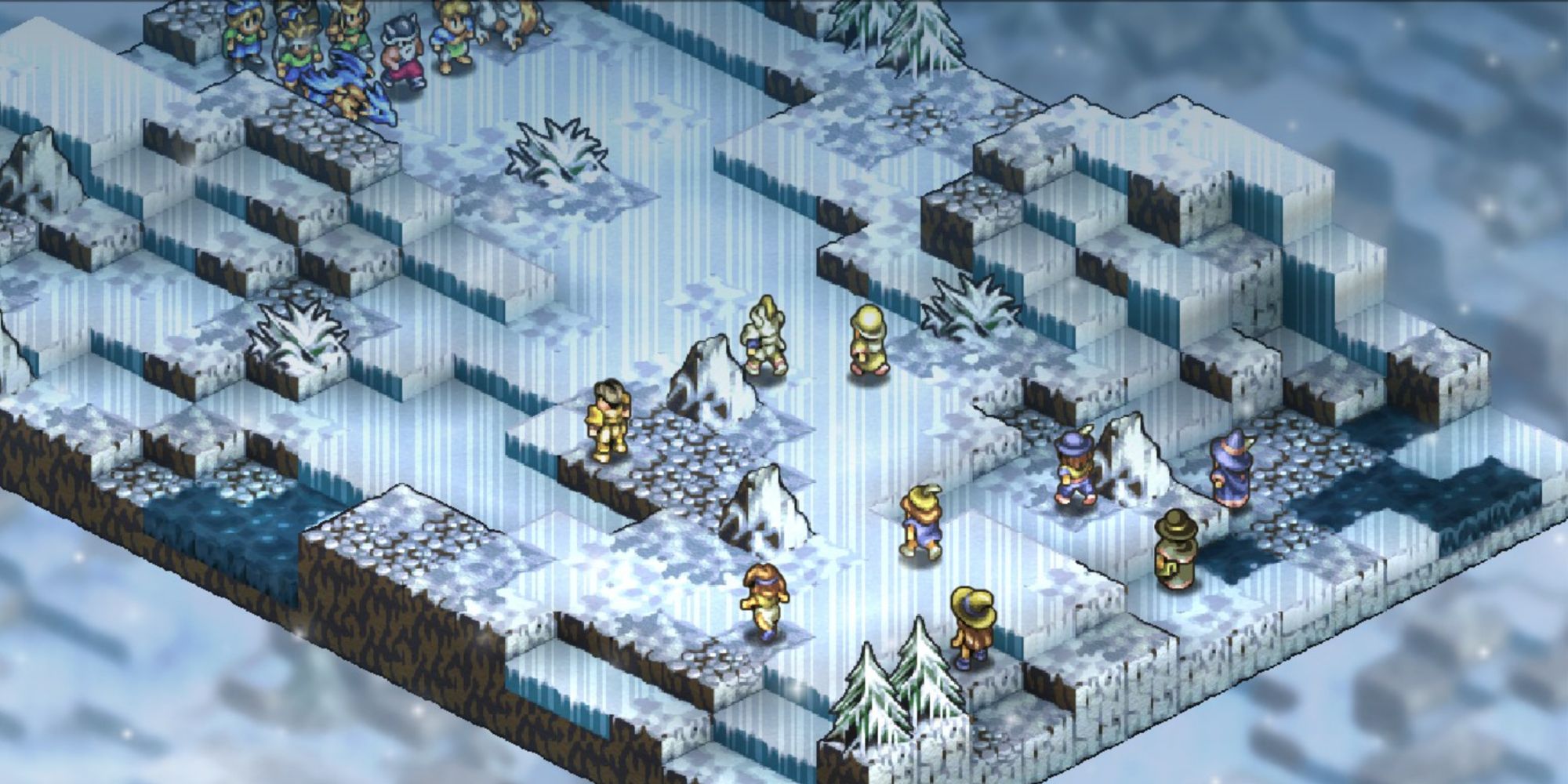 This battle is a pretty chill (hah, get it?) introduction to the chapter, though you shouldn't let your guard down.

This battle shouldn't cause too much strife. Onto the next one! 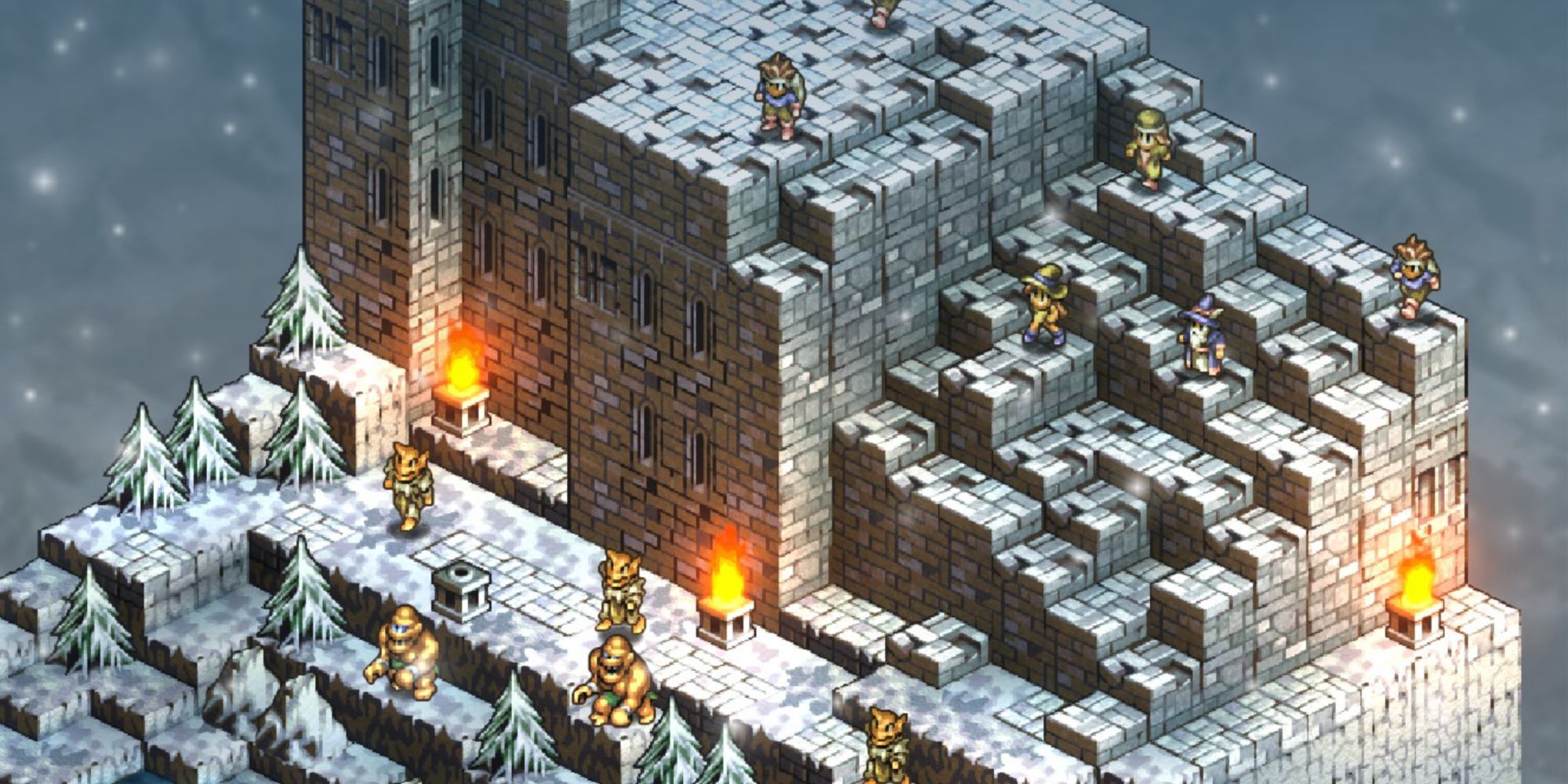 This is a battle roughly divided into two stages.

This battle is more annoying than difficult. 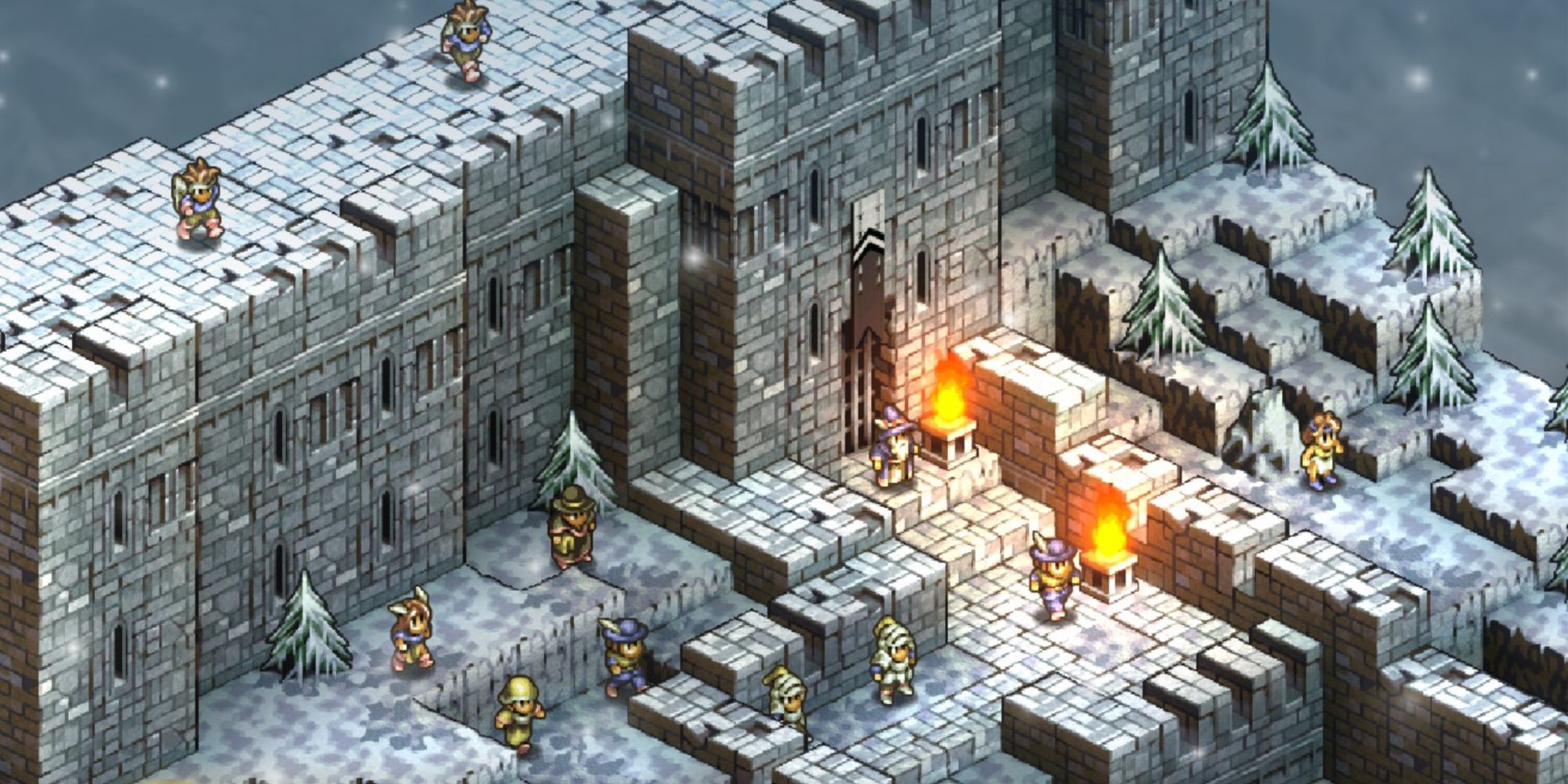 The biggest threats here should be quite clear: the Archers.

This is the harder of the two battles, but still nothing compared to what lies within Brigantys. 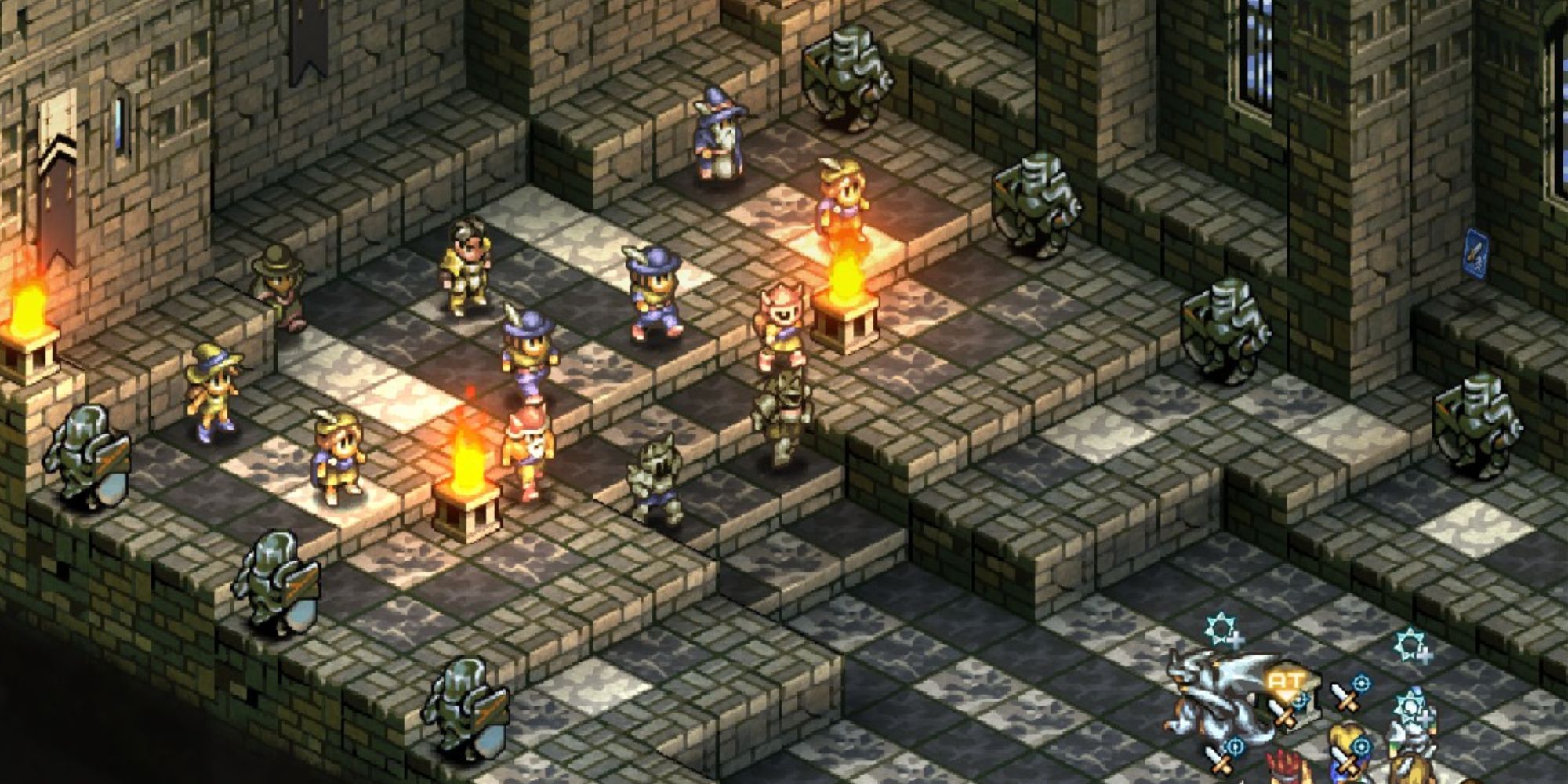 This fight can be very frustrating if you don't have a good strategy.

Once you emerge victorious, you'll be treated to a cutscene in which Denam gets to make a choice – choose the second option, and you'll recruit Jeunan, a very useful Dragoon.

If you've been following this walkthrough and aim to recruit Ravness, you will need to recruit Jeunan. In addition, before entering the next battle, you must read the new Talk topic Lord of Coritanae Missing in the Warren Report. This is crucial. 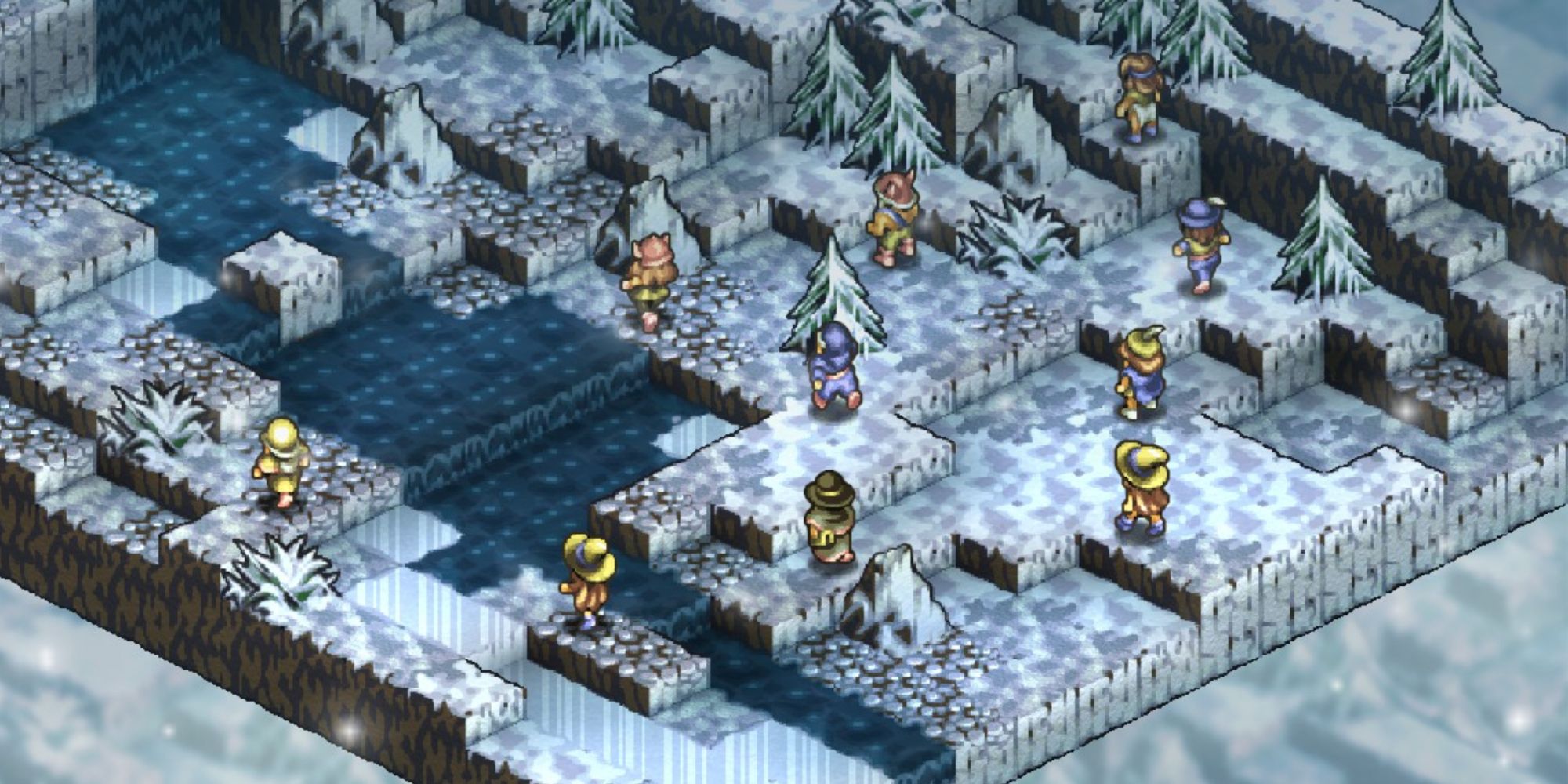 If you wish to recruit Ravness and you have completed all the prerequisites (sparing her in Balmamusa and saving her in Reisan, and reading the Talk topic that opened up just before this battle), deploy Jeunan here.

This battle is a breather after the gauntlet you just went through.