Canopus will join your party very early on in Tactics Ogre: Reborn, and he will remain one of your best performers throughout the entire game. He has the ability to fly and great offensive stats, both physical and magical, in his base class, Vartan.

As you get further into the game, your build diversity and options open up considerably. While Vartan doesn't acquire a huge range of skill options, it's still important to choose the right ones for Canopus to get the best use out of him. 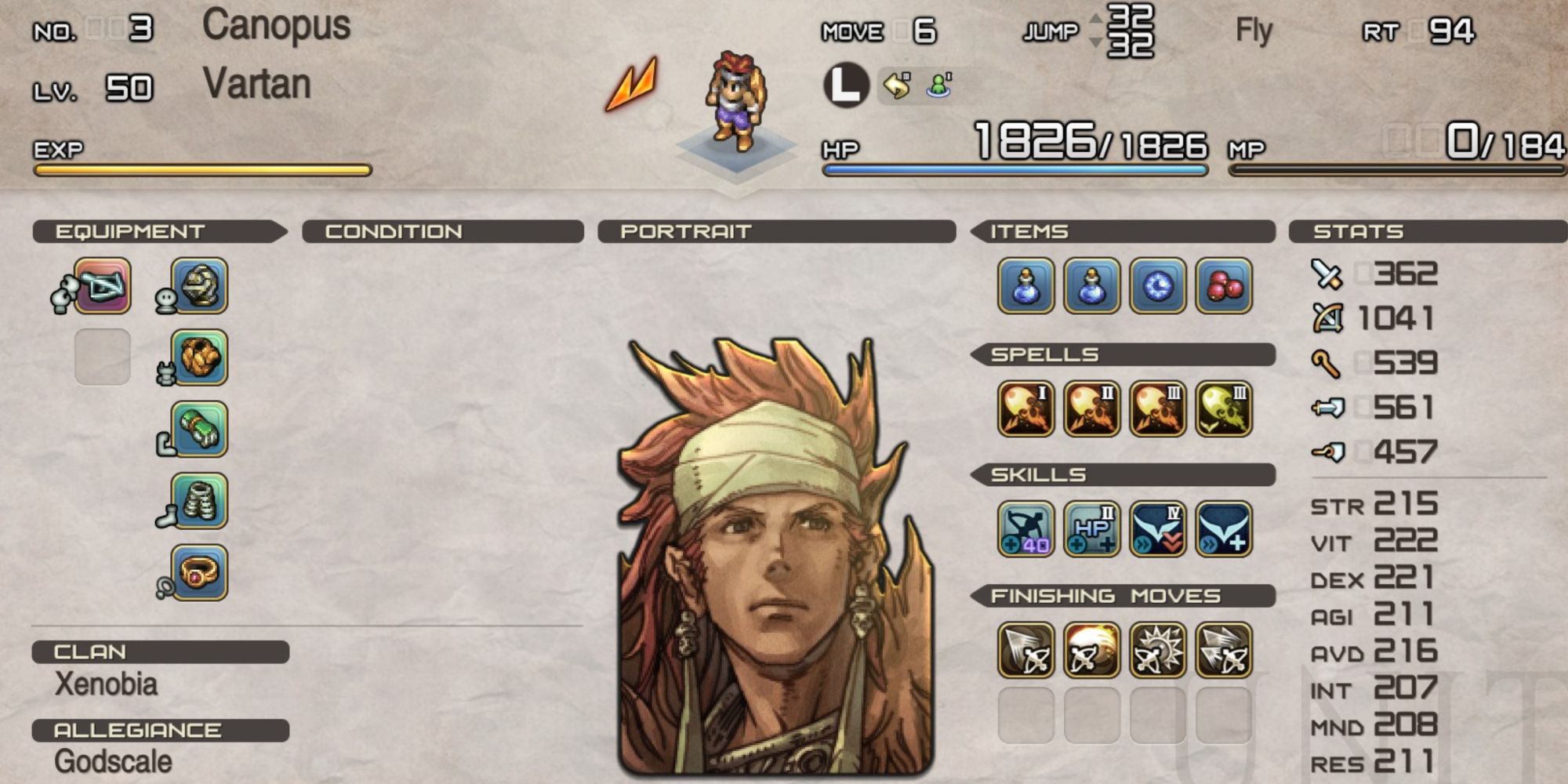 This build is all about using Canopus' flight to get to a good vantage point and sniping enemies from afar. The crossbow is used instead of the bow as it has great range and tends to deal more damage than bows at each stage of the game. The advantage that bows have over crossbows is decreased thanks to the ability to reach high spots and thread the trajectory from more spaces.

The strategy for this build is quite simple: get to a safe place with a good vantage point and snipe away at enemies with impunity. 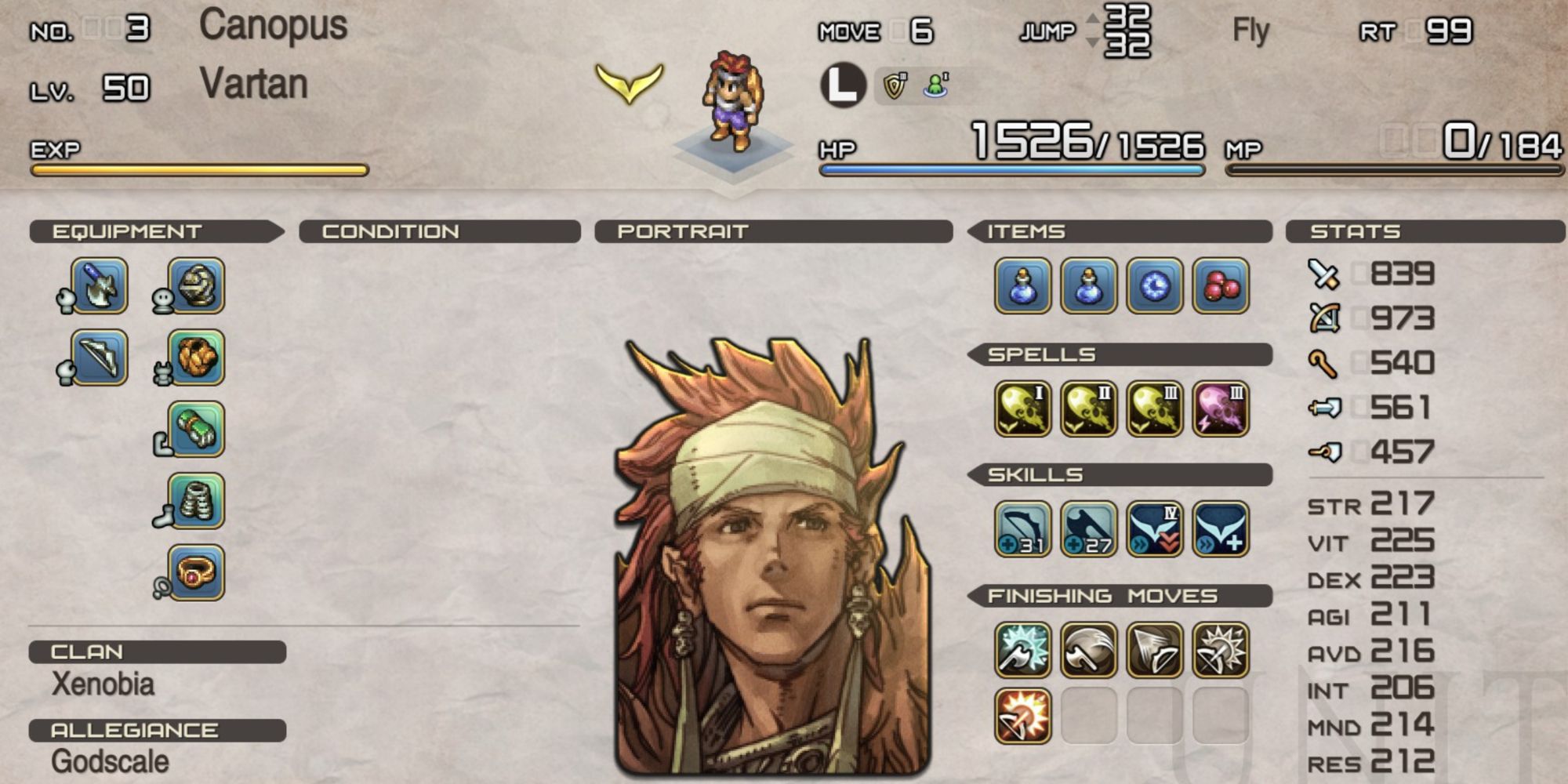 This build might pack a little less 'oomph' than the pure crossbow build, but it trades that oomph for flexibility.

It's important to remember that Canopus isn't the only character in the game capable of using the Vartan class! Any Winged units that you recruit from battles can use a Peregrine's Mark (a Classmark that drops from enemy Winged) to become a Vartan and use these builds and strategies. While they won't have the inflated base stats that Canopus has, they'll be able to make good use of them. 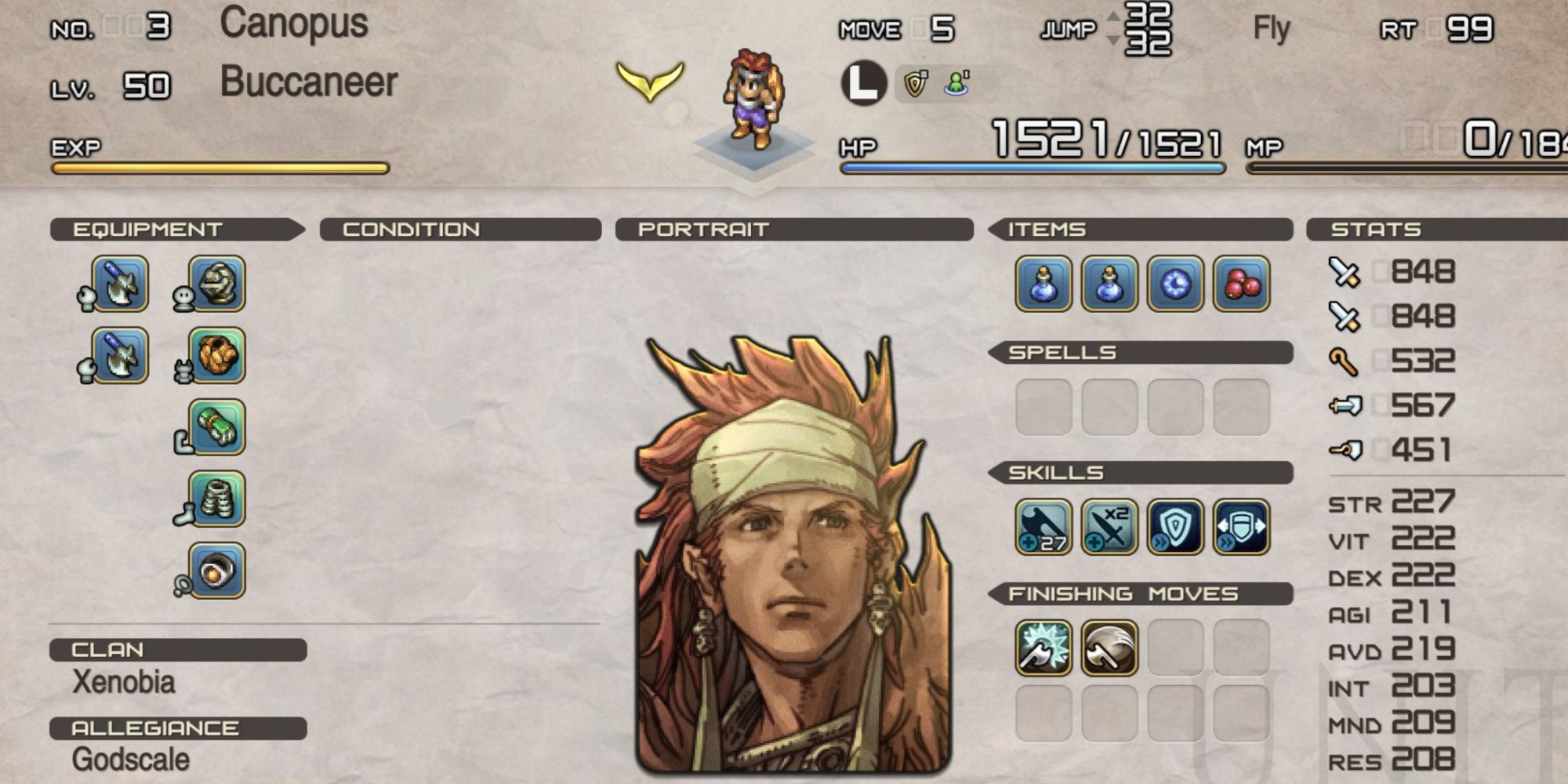 Once you recruit Azelstan, you'll have a handful of Pirate's Classmarks that allow a select few other characters to access the Buccaneer class – Canopus is one of these characters. It's a fantastically versatile class.

This build is for getting Canopus behind enemy lines to smash up any undefended opponents.