You are here:
Home / Symphony Of War: Gold And Thievery Guide

The key to success in Symphony of War: The Nephilim Saga is mastering how the various units play off of each other. Moving a single space too far on the battlefield can induce a devastating attack on your forces, so mastering each squad’s strengths and weaknesses is your number one priority. But there are lots of smaller considerations that, when added together, can have a huge effect on your fortunes as you work through the chapters.

Symphony of War has lots of interesting subtleties, including character relationships and elemental affinities, that can affect important stats and swing the tide of a battle. But no army runs on skill alone. You’ll need funds to hire better mercenaries and buy valuable items and scrolls. So, what better way to gain some extra funds than by stealing them from your enemies?

What Is Thievery In Symphony Of War? 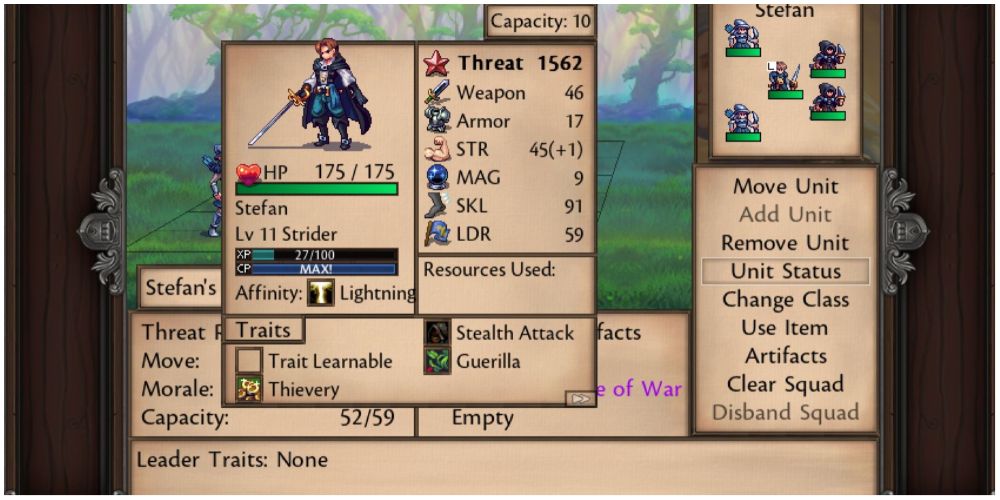 Thievery is a Trait that can appear randomly on mercenaries you hire for your army, or as a Trait Book you can use to give the skill to one of your units. If you don’t see it beforehand, you’ll definitely find it on Stefan when he joins your cause at the start of Chapter Four. The Trait reads, ‘On combat initiated by my squad, steal a small amount of gold from the primary target based on SKL.’ You simply can't have enough gold in Symphony of War, so it is well worth investing some time into creating the best gold thievery squad you can.

How Does Thievery Work?

The amount of gold stolen is actually based on both the damage they do and their SKL stat. Also, note that this is a unit-based trait, not a squad-based one. Meaning the more units you have in a squad with Thievery, the more they will steal. As this is based on SKL, it is also worth changing all Thievery units to Lightning Affinity where possible (increases STR and SKL at the expense of HP and Loyalty).

Which Units Are Best For Thievery? 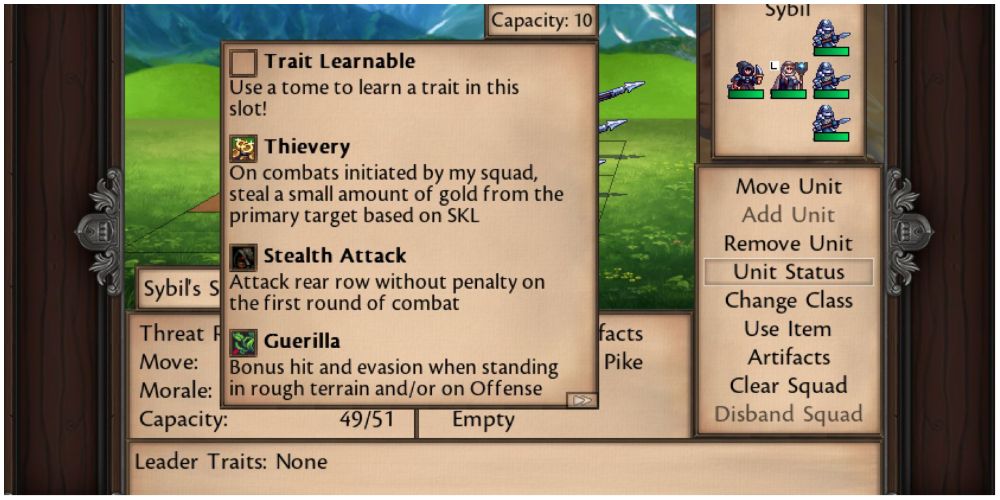 The obvious link here is the SKL stat, which tends to be most prevalent on light troops used for ambushes and stealth attacks such as Rangers, Rogues, and Skirmishers. Not only that, but these troop types are designed to initiate combat rather than stand against attacks, which is how the thievery skill is triggered.

However, you shouldn’t limit your thinking just to your ambush and stealth squads. As the amount stolen is based on damage dealt, also consider adding thievery to mages – or any troops you add to your thievery squad to help on defence. Finally, a mounted thievery squad can be particularly effective due to its ability to retreat after attacking – not to mention the possibility of extra charge damage boosting the gold haul.

Leaders Who Benefit From Thievery

Alongside Stefan, look for characters with high SKL, or that fit perfectly into ambush squads. A good example is Raskuja, who joins your party in Chapter Eight. He has more than 60 SKL when he joins, alongside the Guerilla trait that gives a bonus hit on offense. Also look out for unique named mercenaries that appear occasionally in the Marketplace (you’ll know them as they’re purple in the list), who have Lightning affinity, such as Teriq the Wicked – a raider with both the Bowmanship and Coldblooded traits.