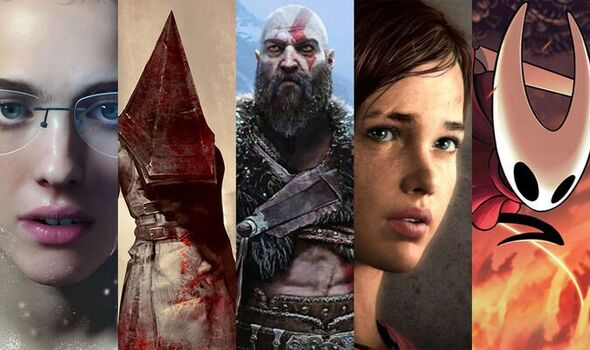 Summer Game Fest 2022 is kicking off soon, and the rumour mill is abuzz with claims about what could be announced. While we already know that games such as the eagerly anticipated Modern Warfare 2 are appearing, Geoff Keighley could have plenty of exciting surprises up his sleeve. Huge games such as God of War Ragnarok and Overdose – which is allegedly Hideo Kojima’s new horror game – could all get a showing at Summer Game Fest.

God of War Ragnarok is one of the biggest games of the year, but fans looking forward to Kratos and BOY returning haven’t had an update in some time.

The last time God of War Ragnarok made an appearance was at last September’s big Sony PS5 games event.

As we enter the second half of this year, and with God of War Ragnarok due out some time in the next two quarters, fans are hoping – and expecting – some kind of news this summer.

Sony recently held a State of Play event but that was focused on third-party games, and seeing as PlayStation is a partner for Summer Game Fest it’s thought some Sony announcements have been held back for the Geoff Keighley-fronted event.

One leaker who appeared to tease an upcoming announcement on God of War Ragnarok was Millie A.

While this could refer to many games, fans replying to the tweet have taken this to be referring to God of War Ragnarok.

Elsewhere, this week has seen a huge surprise leak drop – with in-the-know leaker Tom Henderson posting an article that allegedly has details on Hideo Kojima’s next game.

It’s been claimed the Metal Gear mastermind’s next game will see him return to the horror genre he dabbled in with the incredible PT teaser for Silent Hills.

The next Hideo Kojima game is allegedly called Overdose and will star Margaret Qualley – who was in Death Stranding and is known for her roles in Netflix’s Maid as well as The Nice Guys.

Given how Keighley’s The Game Awards events were previously used to showcase Death Stranding, it seems likely Summer Game Fest could be the place Overdose makes its first official showing.

Alternatively, Overdose could appear at this weekend’s upcoming Xbox and Bethesda Games Showcase as Kojima’s next game is rumoured to be an Xbox exclusive.

On the topic of horror, the partner list for Summer Game Fest could hint at another eagerly anticipated reveal.

Bloober Team are confirmed as featuring during Summer Game Fest, and The Medium makers are rumoured to be working on one of three secret Silent Hill projects in the works.

Given how much demand there is for a new Silent Hill, Summer Game Fest could be the perfect place to announce the return of the beloved, classic Konami survival horror franchise.

Elsewhere, another big announcement that could happen at Summer Game Fest is news on Hollow Knight Silksong.

Rumours of Hollow Knight Silksong appearing at Summer Game Fest were sparked after an interaction on Twitter between Geoff Keighley and a member of Team Cherry – the Hollow Knight devs.

Keighley at the start of this week posted: “There’s nothing like the feeling of seeing a good world premiere arrive in your inbox.”

To which Matthew Griffin, who works on marketing for Team Cherry, replied: “I approve of the tease.”

As always with rumours, it’s best to take claims with a big pinch of salt.

But fans don’t have long to wait to find out if there is anything to these rumours as the big gaming event is hours away.