Street Fighter 6 is incredible. I’ve said as much since my hands-on time with it at EGX, already proclaiming it as one of the best games of what looks to be a frighteningly stacked year, but the more I see and the more I think about it, the more certain I am that this is Capcom’s return to fighting form and something truly special in the genre.

That being said, I still wasn’t 100 percent sold on everything that Street Fighter 6 was trying to do. My biggest worry was about the Battle Hub, the game’s main multiplayer mode that is half lobby, half social area, and lets players wander around to buy clothes, challenge others to fights, and play classic arcade games like Final Fight.

Although it looked promising in the trailer, it reminded me of Guilty Gear Strive’s infamous lobbies, which pushed the social aspect too hard and ended up impacting the multiplayer experience by making matches too much of a pain to get into. I know that Street Fighter 6 plays great in a LAN setting, but seeing how easy it is for great games like Strive to mess things up had me worried. 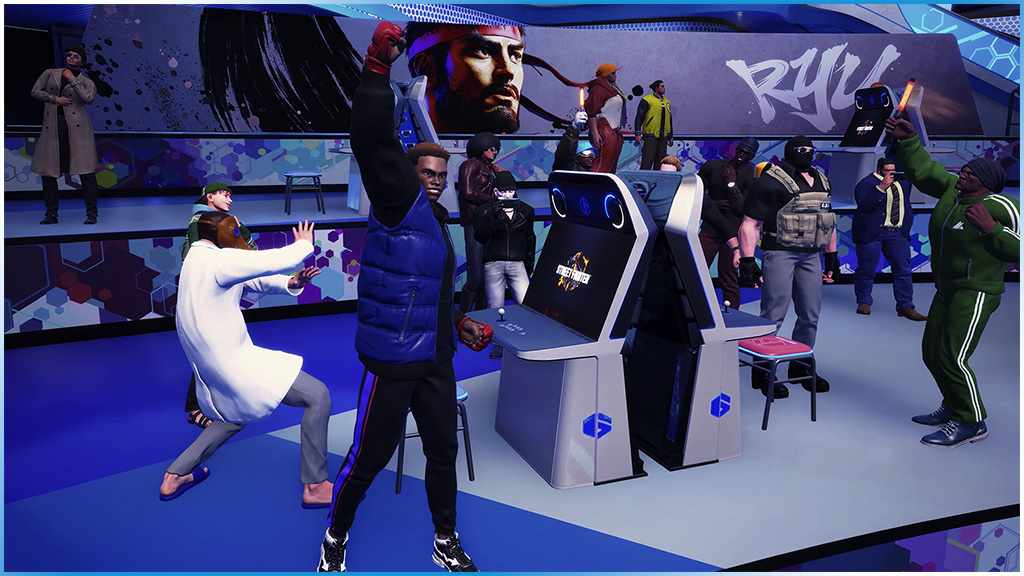 Thankfully, the Battle Hub was a core part of this weekend’s closed beta, which I managed to get access to and play an unhealthy amount of. Beyond reiterating that Street Fighter 6 is a slice of fried gold, it also hinted at the potential of the Battle Hub and gave me a warm, cosy feeling that reminded me a lot of the now-defunct PlayStation Home.

As shown in the trailer, the Hub itself consists of one large room split into different sections. In the middle of the room is the fighting floor, an area filled with arcade cabinets that let you start matches. Other arcade cabinets litter the corners of the lobby with more unique modes like the classic games and some Extreme matches with special requirements.

Up at the front is a big screen that shows players on winning streaks and seems primed to let everyone watch big tournament matches or character reveals. This massive screen is one of the most exciting parts of the Hub, reminding me a lot of the concert stages in Fortnite. There weren’t nearly enough players to make proper use of it, but it’ll literally be the one to watch in the full game.

There are also a few sillier attractions to visit, like a DJ booth that has its own minigame, a big photo stand that I spent way too much time at, and two clothing shops that let you trade tickets in for items.

These time-wasters are what surprised me most about the Battle Hub. Running around as gangly freaks of nature with zero sense of style, taking silly photos of my fighter, and talking pure shite in the chat reminded me a lot of my original time with PlayStation Home, except this time there’s a decent game to play instead of just watching an advert for a free t-shirt. 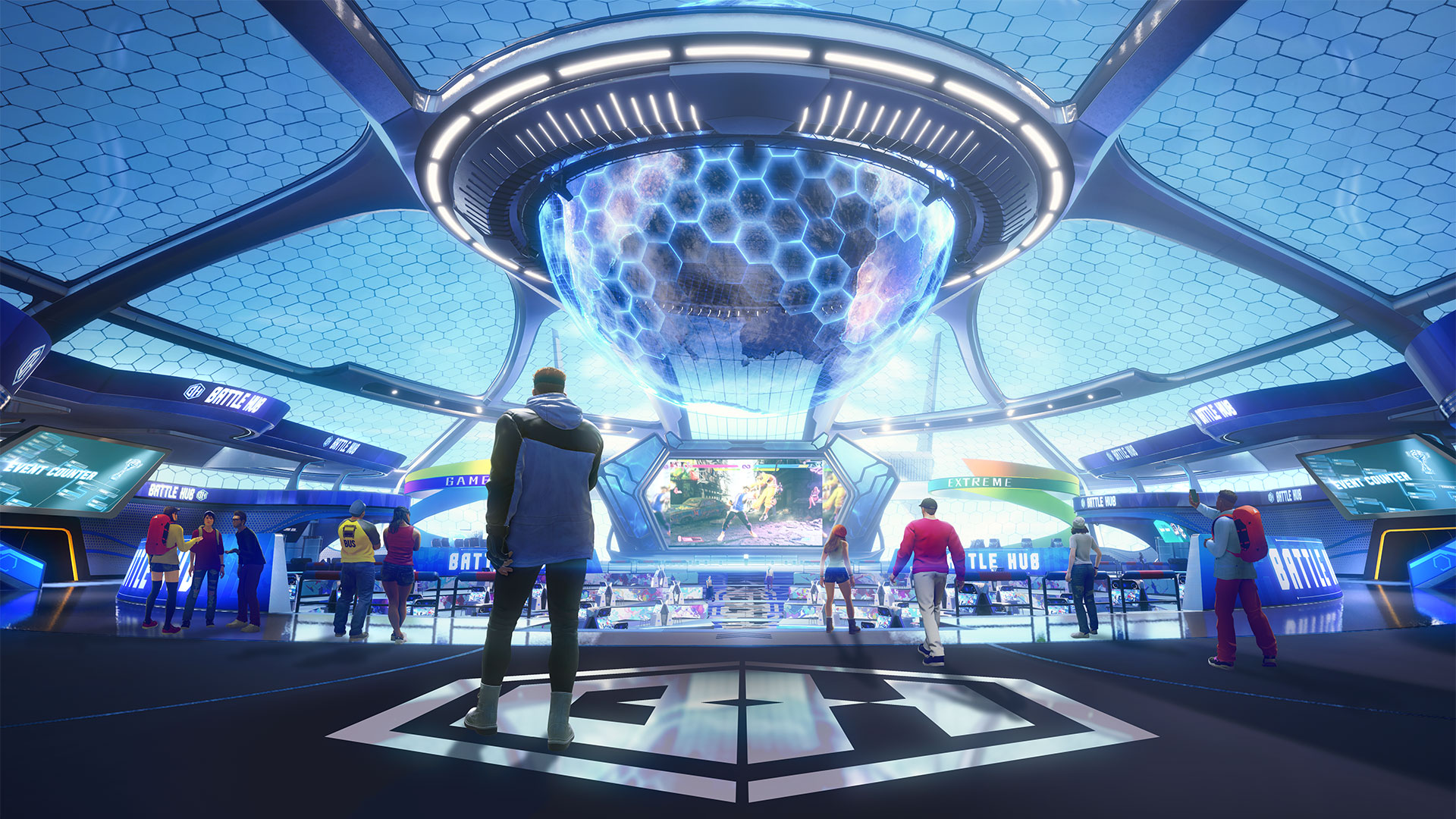 The fact that the Hub feels akin to a game that was trying hard to act as a social experience (I refuse to say metaverse) shows that Capcom is headed in the right direction here. It’s just the right size too, as the smaller area means that even though it’s fun to run around and Shoryuken everyone you see, the focus is still on sitting next to a cabinet and getting into fights.

The Battle Hub might have earned my trust in the closed beta, but there are still unanswered questions and things that I think need to be changed. The arcade cabinets are a lot of fun, but being interrupted from training without any kind of notification as to what’s happening is annoying. It’s also frustrating to be sat waiting for players and having no idea whether anyone’s near or on their way since you’re stuck in the training room whenever you sit down.

Considering how previous Street Fighter games have treated online as a very traditional and serious thing, the Battle Hub is a fantastic step in the right direction for the series and congruent with what Street Fighter 6 is trying to do. It certainly beats the drab boardroom-meeting style of Street Fighter 5.