The adventure game Stray has you playing as an adorable ginger cat who is separated from its friends after becoming stranded in Walled City 99. During your journey to find a way back to the Outside, you encounter a range of characters that assist you in your escape.

The Companions are robots living within the walls of the city and your main source of company in the game, helping you to solve puzzles and make it out of tense situations with Zurks right on your tail (literally). Despite their robotic appearances, the Companions have developed human-like emotions and you experience many touching moments with them throughout the game. 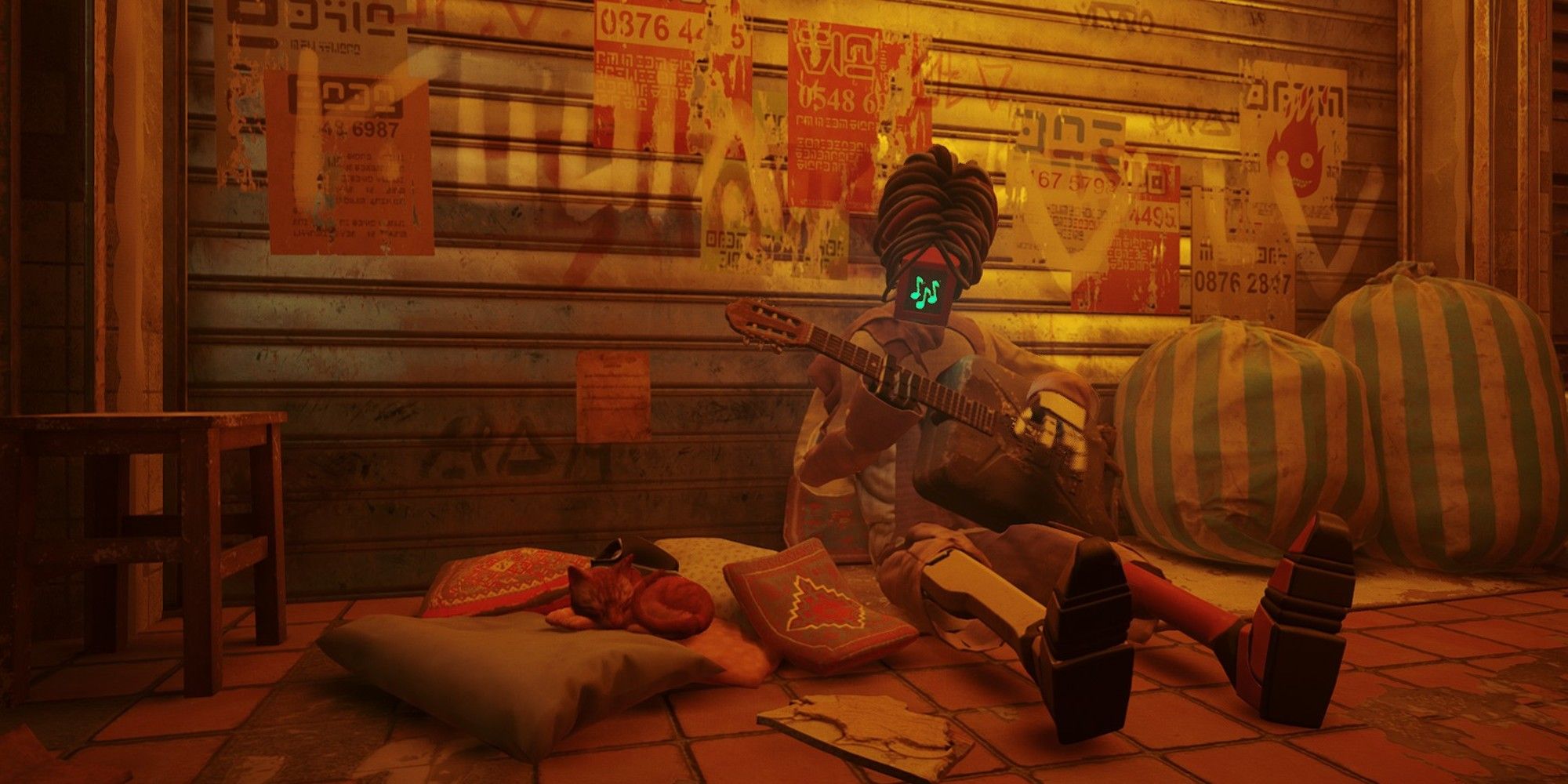 Despite playing a small role in the game’s story, Morusque’s musical talents make for some of the most charming sequences in the game, filling the desolate Slums with the sounds of their gentle guitar playing. To unlock all eight of Morusque’s melodies, you’ll want to find the corresponding music sheets scattered across the Slums and take them to Morusque.

As Morusque plays their music, you’re able to curl up beside them, having a short nap while the relaxing music plays. These small moments are a much-welcomed reprieve from the otherwise action-oriented sections in the more dangerous areas of the city. 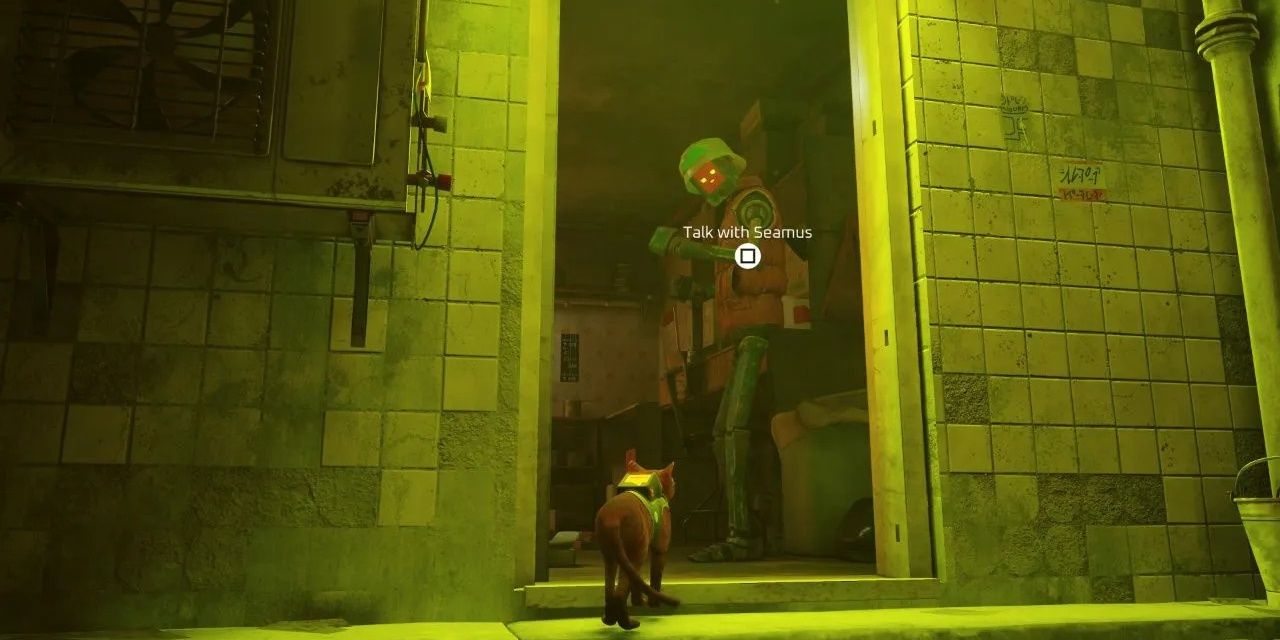 The parental bond between Doc and Seamus is one of the most heart-warming parts of the game, culminating in these two characters’ long-awaited reunion. In Stray, the smaller things matter just as much as the big ones, as you can bring this family back together while showing the other Companions that there’s a way to defeat the Zurks. 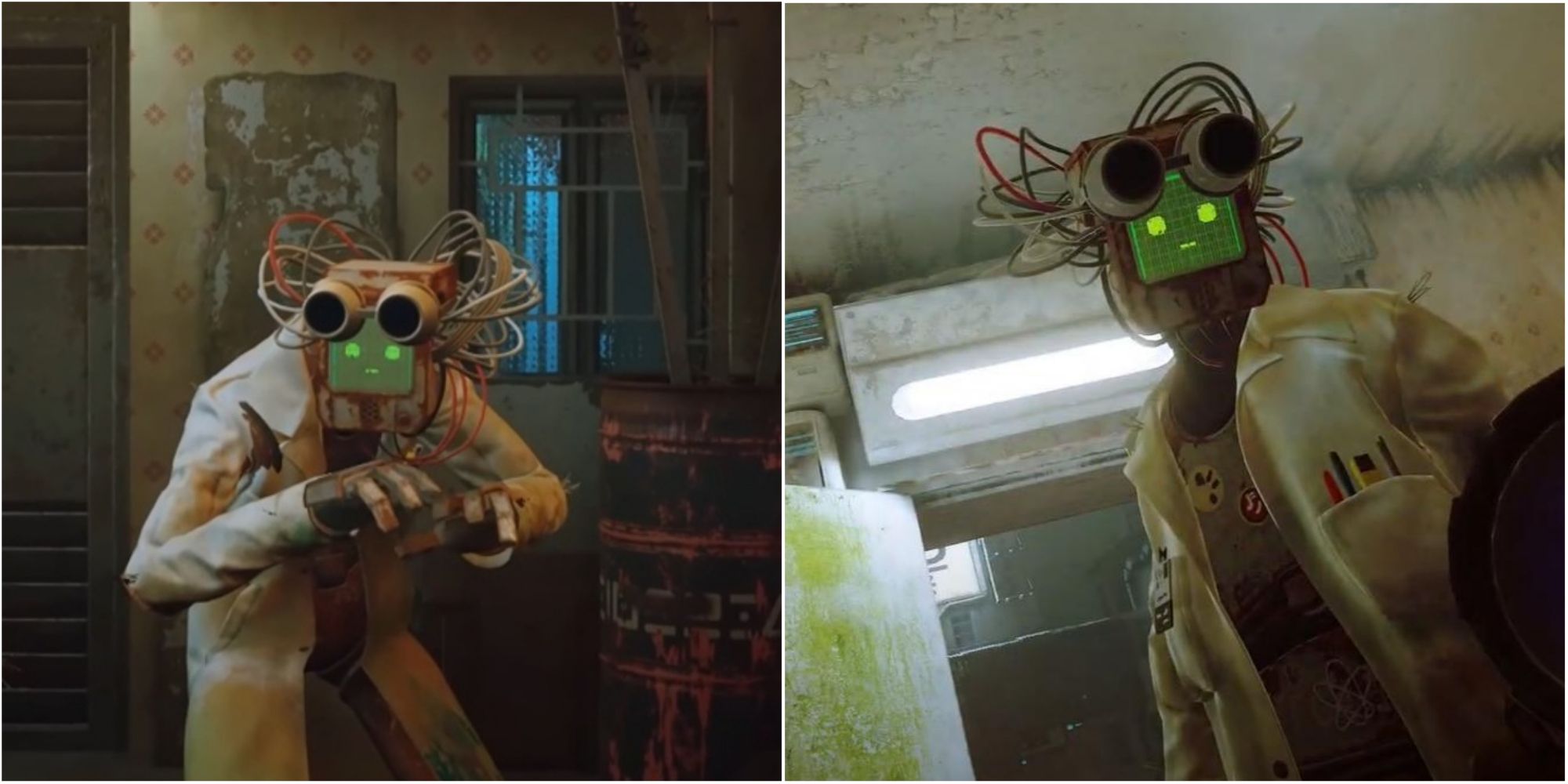 The inventor of the Zurk-destroying Defluxor, Doc left the Slums and their son, Seamus, behind to test their invention on real-life subjects. Sadly, the Defluxor runs out of power, leaving Doc stranded and unable to return home in the fear that they’ll be killed by the Zurks roaming the area.

It’s up to you to rescue Doc and reunite them with their son, freeing them from their Zurk-infested prison. Doc also bears a striking resemblance to Doc Brown from the Back to the Future movies, and definitely shares this character’s zany personality and love of inventing. 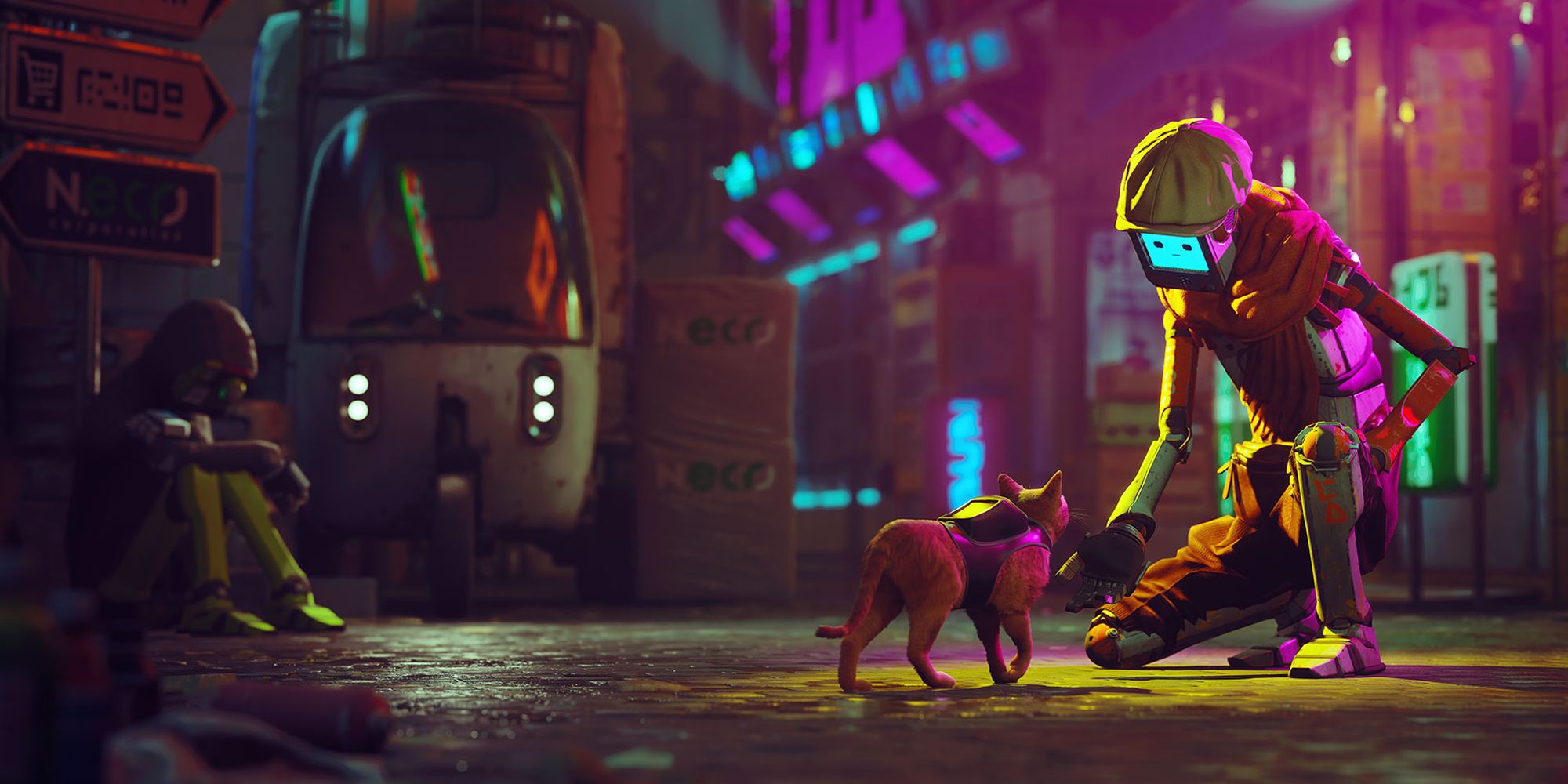 As a member of the Outsiders, a group dedicated to reaching the Outside, Clementine plays a pivotal role in your escape to the Outside, helping you to get the Subway working again so that you can leave Midtown. Following Clementine’s cryptic clues and busting them out of the prison are some of the most enjoyable parts of the game, as you feel you are truly helping them on their noble mission to see the Outside again.

A friendly face on your journey, Clementine remains steadfast in the face of adversity and is willing to put themselves at risk to help you open the city. Their strong determination pushes you through the last parts of your journey and towards finally achieving the Outsiders’ dream.

3 Hoping For A Brighter Future: Momo 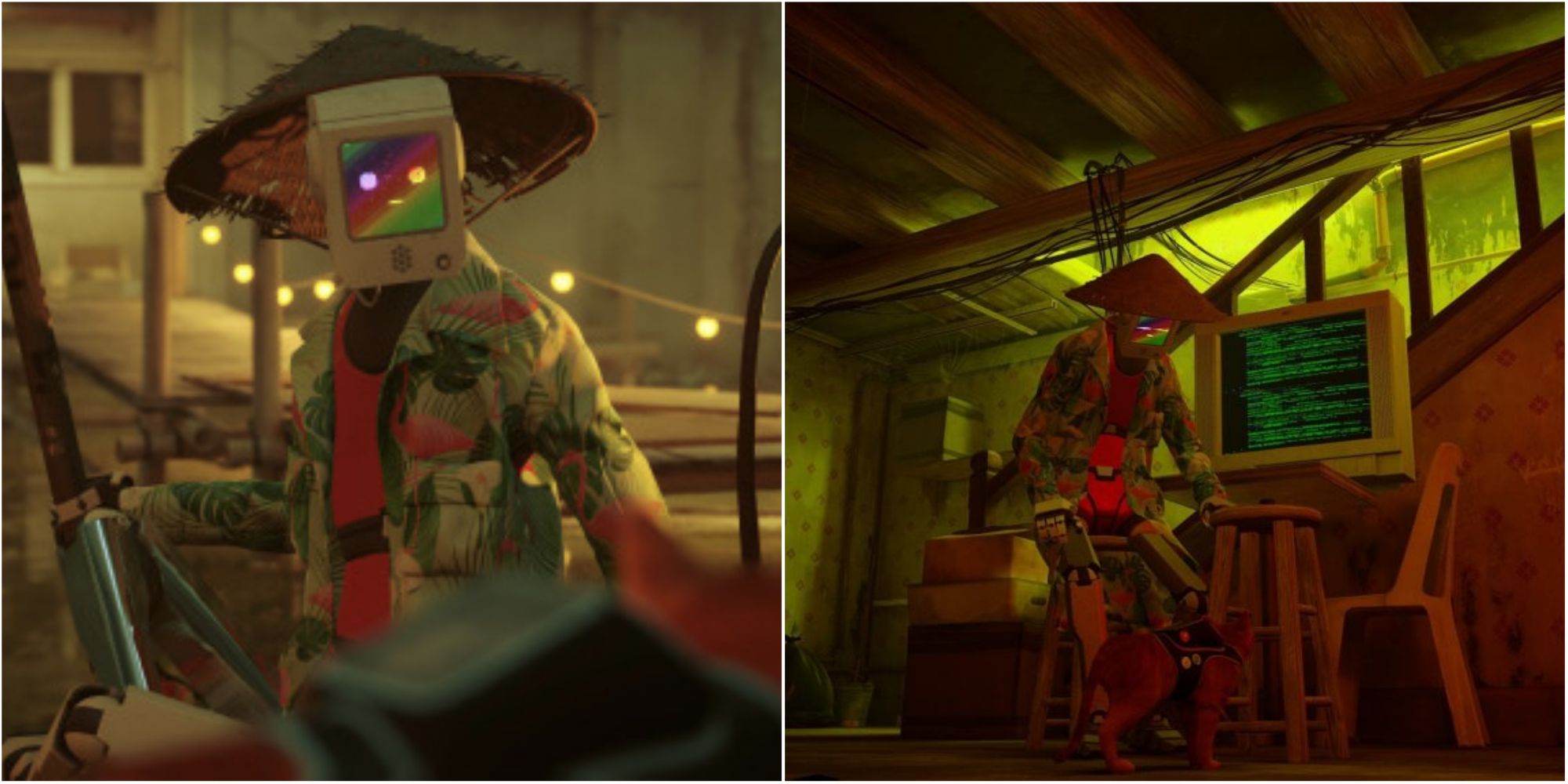 A member of the Outsiders, Momo became separated from their comrades after staying behind in the Slums, while the rest of the group left to try to find a way out of the city.

When you first meet Momo, they’re disheartened by the supposed loss of their friends; however, once you find a way to communicate with the rest of the Outsiders and prove they’re still alive, Momo becomes a helpful ally to you as you venture out of the Slums and explore the rest of the city. Momo represents a hope for those still living in the Slums, as they can put aside their fears and march forward into danger, believing in a brighter future. 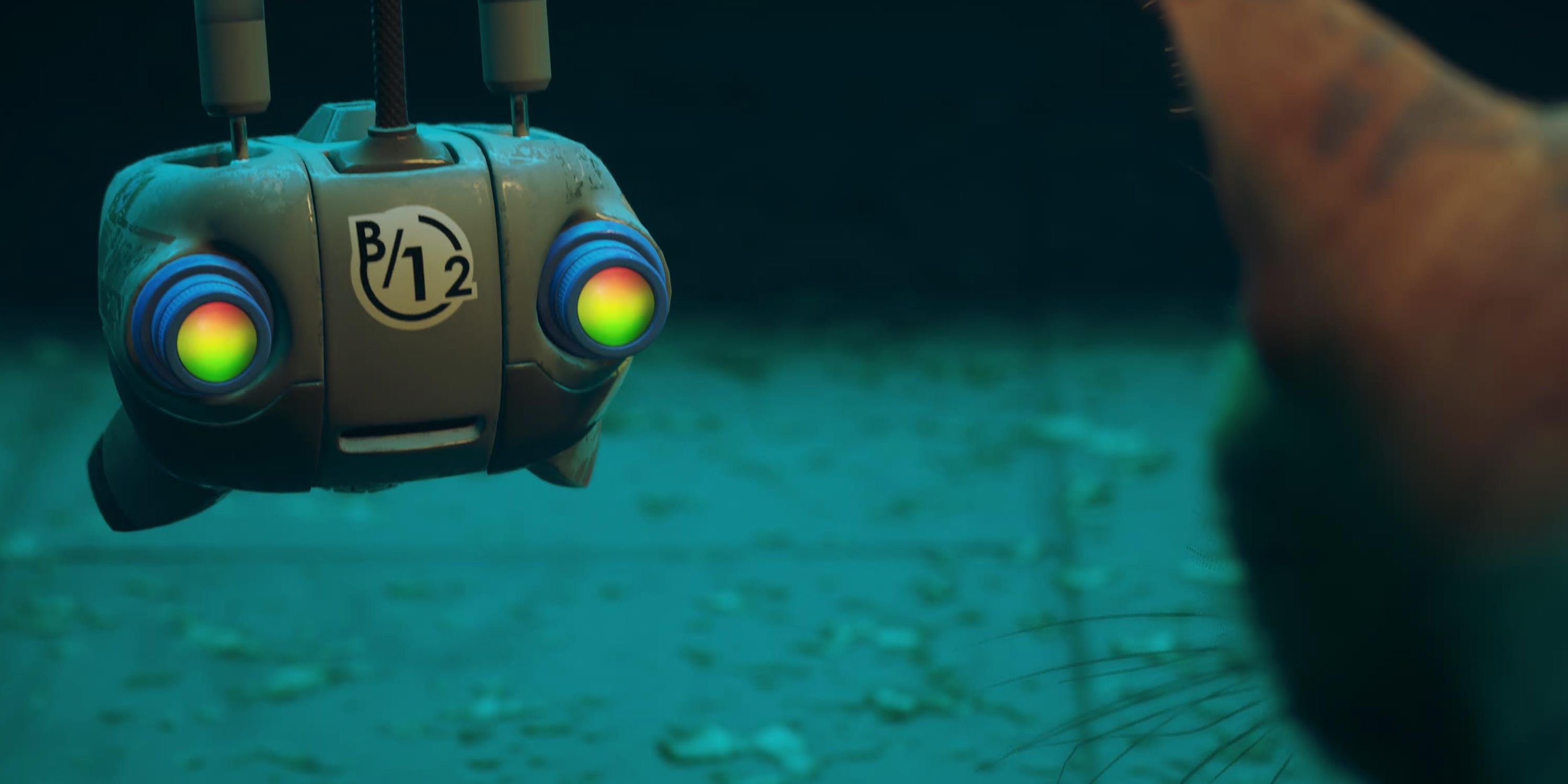 Your small companion throughout Stray, B-12 helps you on your journey across Walled City 99, assisting you and translating the language of the Companions so that you can uncover more about the city and its robot inhabitants. In the game, you can also find B-12’s memories, discovering more about the city’s forgotten past, and who B-12 might have been.

As a video game companion, B-12 is helpful and an intriguing character in their own right. If you want to unlock all the secrets in Stray, and learn about what happened to humanity, you’ll want to make sure to collect all of B-12’s forgotten memories. 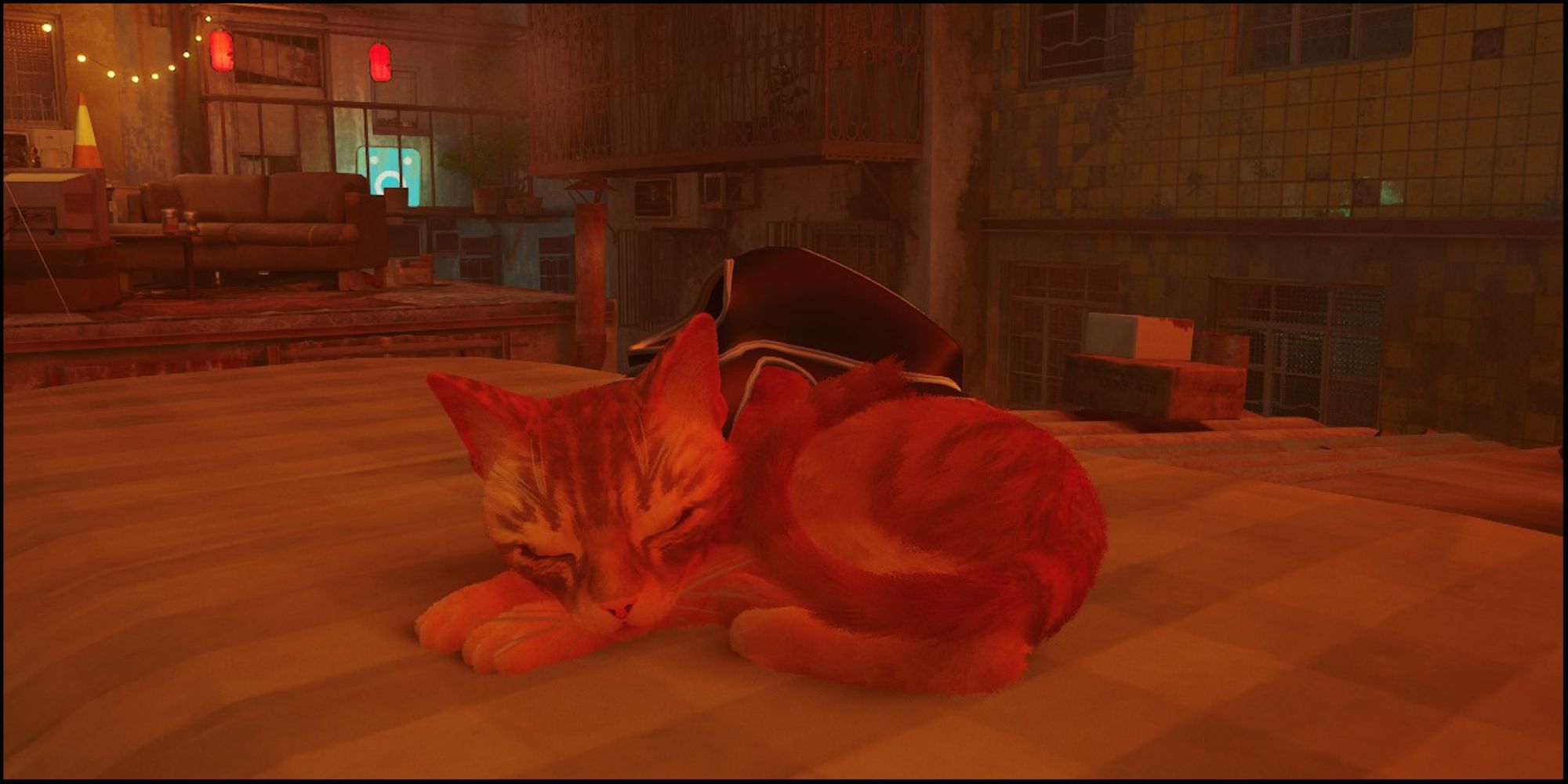 An adorable main character, Stray’s leading feline starts the game by getting separated from its cat companions, falling into Walled City 99. Throughout the game, you must help the cat to escape the city and reunite with its friends on the Outside, helping the robot residents of the city along the way.

As far as main characters go, this cat is fun to play as because of its four-legged perspective. Alongside your mission to get to the Outside, you partake in many cat activities, such as scratching various walls and doors, and rubbing against the Companions’ legs. Stray’s main character evokes the nature of real-life cats, enjoying the simple things and destroying furniture whenever it can.