You are here:
Home / Spy X Family season 2: Will there be another season of Spy X Family? 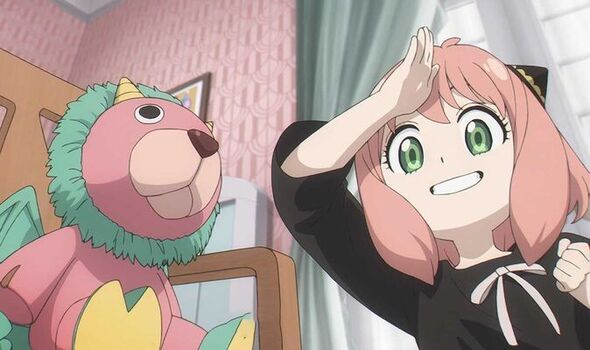 Spy X Family has been a global smash hit for Crunchyroll, with the adorable and hilarious anime one of the best new shows of 2022. The adaptation of Tatsuya Endo’s popular Shonen Jump began back in April, with the adventures of Anya, Loid and Yor Forger brought to life by the hugely talented double act of Wit Studio and CloverWorks. After the first cour part 2 of Spy X Family began in October, with the current run set to finish before the end of 2022.

In total the first part of Spy X Family had 12 episodes while part 2 is 13 episodes, making up a 25 episode first season in total.

But after Spy X Family episode 25 airs later this year what’s next?

So far Crunchyroll hasn’t confirmed if there will be another season of Spy X Family but this seems all but certain.

Given how hugely popular Spy X Family has been it seems all but guaranteed that there will be another season after the current run ends.

Not only that, but there’s still plenty left to adapt from the source material.

The Spy X Family manga is currently ongoing and so far has been compiled into 10 volumes.

That leaves four more volumes of the source material left to adapt, along with any future volumes that are yet to be released.

It remains to be seen when the Spy X Family season 2 release date could be. There was just a three month gap between the end of the first cour and the release of the second part.

However, it seems extremely wishful thinking to hope episode 26 of Spy X Family could air just a few months after episode 25 releases.

In the meantime, there are still a few more weeks left of new Spy X Family episodes before part 2 finishes.

New episodes of Spy X Family are released on Saturdays with Crunchyroll simulcasting the hit show.

Unlike previously, if you want to watch a simulcast show you will need to sign-up to one of the paid-for Crunchyroll plans. These plans are available from £4.99 a month.

If you’re yet to start watching Spy X Family then what are you waiting for! Spy X Family is one of the best new animes of 2022, which boasts loveable characters, heartwarming and hilarious moments as well as brilliant action scenes.

It’s a mash-up of different genres which works incredibly well. And it features the absolute priceless Anya Forger, a brilliant and cute character who provides countless meme-worthy moments.

World peace is at stake and secret agent Twilight must undergo his most difficult mission yet—pretend to be a family man. Posing as a loving husband and father, he’ll infiltrate an elite school to get close to a high-profile politician. He has the perfect cover, except his wife’s a deadly assassin and neither knows each other’s identity. But someone does, his adopted daughter who’s a telepath!

Looking to stream some anime? Then Crunchyroll will have you covered. The popular service boasts the world’s largest anime streaming library that includes hit shows like Attack on Titan, Demon Slayer, Spy X Family, Chainsaw Man and much more