You are here:
Home / Splatoon 3 Review – Splat Hard With A Vengeance

Playing Splatoon 3 is like being splatted back to 2015. When I’m in the middle of a Turf War battle surrounded by squid kids and making the ground look like a Starburst, suddenly the world isn’t on fire, TikTok isn’t a thing yet, and I’m not staring down the barrel of being 25 years old and decrepit. [Editor’s Note: Yes, we hate him too]

Splatoon’s ability to take me back to much simpler times is unlike anything else in gaming, but it’s a bit of a double-edged sword. I appreciate not suddenly wanting to cry over the state of the world, but going back so far only makes it clearer that Splatoon 3 doesn’t do much new. For a veteran of the series like myself, I’m more than happy to just have more Splatoon to play, but I also wish there was more done to make it feel deserving of the big three next to its name – it has done nothing to shake the feeling that Splatoon is better suited to the live-service format, even as Nintendo rejects it.

Although multiplayer has always been the main focus of Splatoon, its single-player campaigns are still a big part of the experience, and that’s true for the latest game too, which is easily the biggest in the series yet. It’s structured much the same as the past two games with individual fast-paced levels that test your platforming and inking skills, but this time around there are a lot more unique side-missions and collectibles to find outside of the main quest, if you’ve got an inkling to explore. 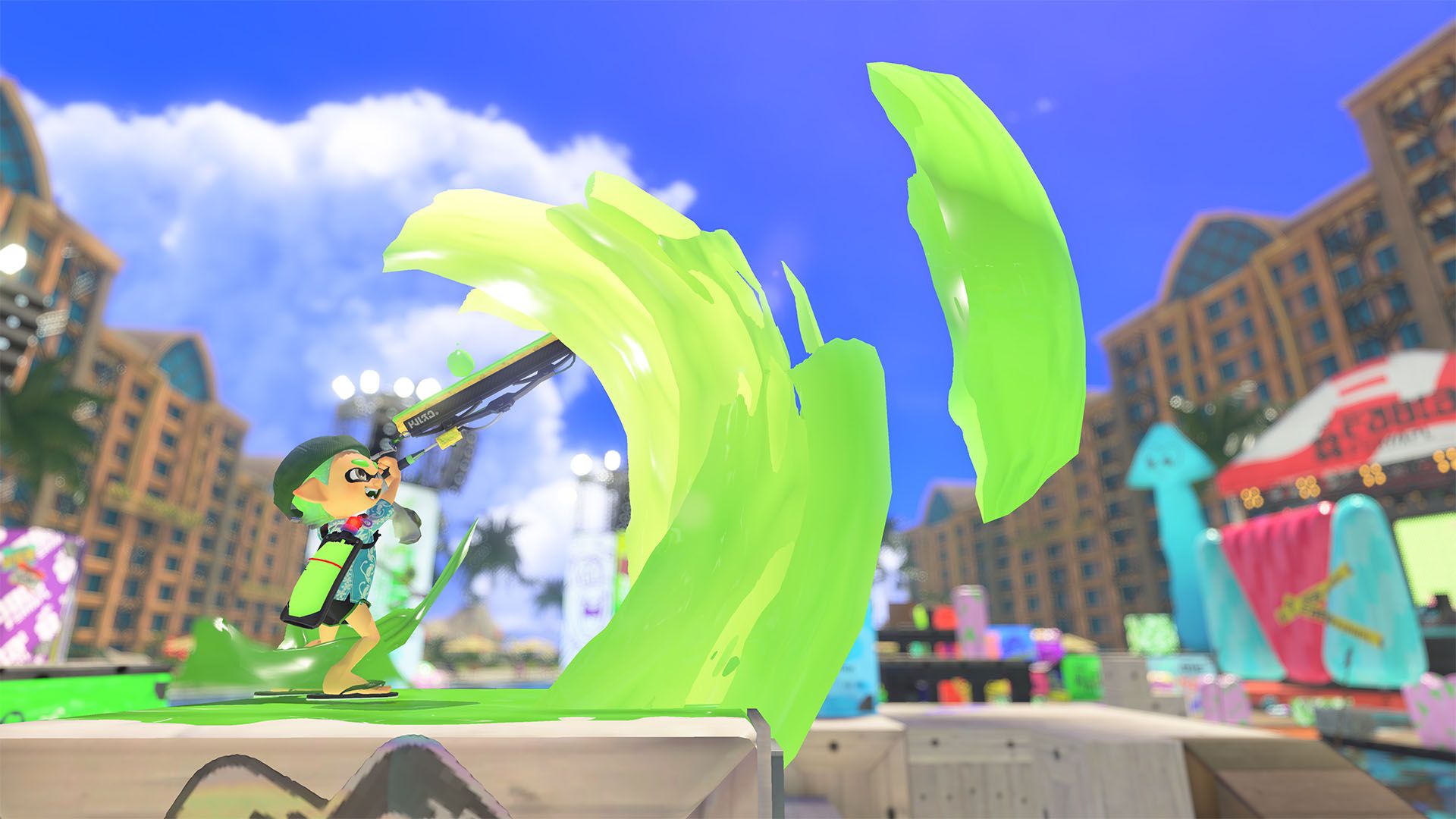 As great as these levels are for letting players experience Splatoon in a different way than just covering a map with ink, it could have done more. Aside from Smallfry, a new companion character who helps you get rid of fuzz around the map, and the occasional use of some new special moves, I’m finding it hard to think of anything that Splatoon 3’s campaign does that feels unique to it and not something we’ve seen in the last two games.

I wasn’t quite expecting something as challenging and unique as Splatoon 2’s Octo Expansion, but this feels like more of the same as what we’ve been seeing since 2015. More Splatoon is never a bad thing, but it’s a shame that it doesn’t live up to Octo Expansion and feels more in line with previous campaigns.

Thankfully, single-player is but one small part of Splatoon, and the real meat of the experience is, and always has been, multiplayer. Although we sadly didn’t have unlimited access to all of the modes before launch (probably a good thing for my social life), I did manage around five hours or so in sessions with other journalists, enough to know that Splatoon’s multiplayer still absolutely slaps.

Turf War, the bread and butter of Splatoon that has you and another team trying to cover the stage in as much of their ink as possible, is pretty much exactly as you remember it. While that lack of change is a bit disappointing for the rest of Splatoon 3, it works here because it was already practically perfect. Even seven years after the first game’s release, there’s just nothing like playing Turf War. Whether you’re the Aerospray MG-wielding hero that saves the match, the diligent Dualies user focused on quickly rolling around the terrain, or the Splatoon equivalent of a housekeeper who inks the parts of the stage that everyone else runs ahead and leaves, every single match is a blast and the best thing Nintendo has ever done in an online space. 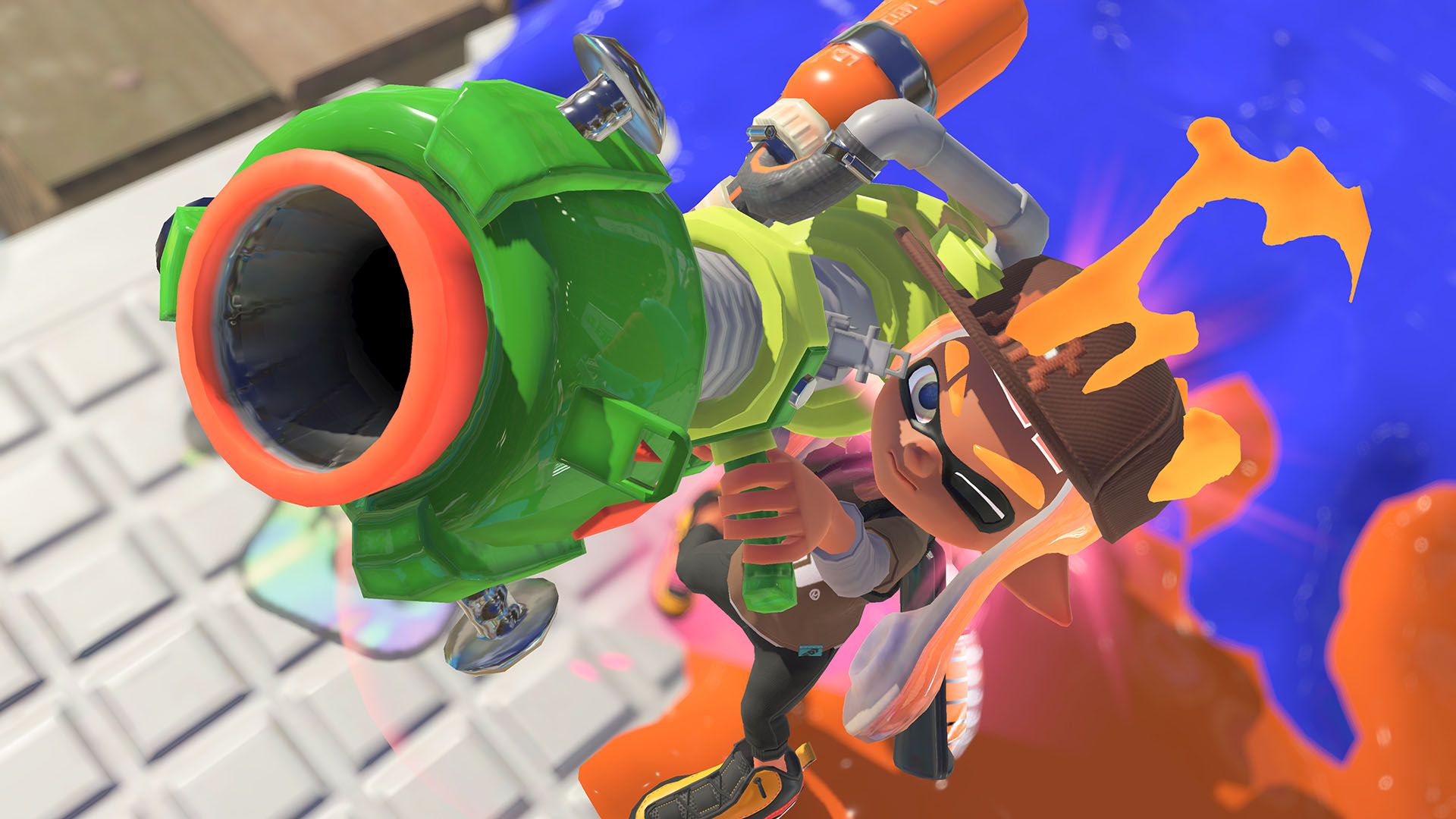 The biggest change in Turf War is the new specials that have been added, something that was a bit of a weak point in previous games. Here though, they’re total game-changers, like the fantastic Reefslider that lets you slide into enemies like a mobile bomb or the beefy Crab Tank that lets you briefly board a mech. There are also more support-style specials like the buff-giving Tacticooler that make things feel more balanced for players less focused on combat.

Sadly, I wasn’t a massive fan of either of the two new weapons that have been added. The Splatana is good for combat but feels like a big step down from other melee weapons in terms of inking the field, and the bow-and-arrow-esque Tri-Stringer is a bit too slow and unwieldy. While Splatoon 2 only introduced two major new weapons, the Brella and the Dualies, both of these felt far more unique than what’s been introduced here and still feel more useful even now.

Aside from Turf War, Salmon Run is Splatoon’s other big multiplayer mode, and is essentially a combat-heavy horde offering. Overall, it feels like it’s seen the least changes of any game mode, aside from some new superbosses and the ability to throw eggs into the basket from afar. Even with this, it’s still Splatoon’s Marmite mode and the fun you have with it will be totally dependent on who you get teamed up with. Still, at least you can now play it whenever you want, making it feel like less of a bonus mode and more a core part of Splatoon.

Although there’s not much different about Splatoon 3, it’s the small quality of life changes that will be most appreciated by fans. Newscasts can now be listened to while you move instead of taking up a good five minutes of your time, Salmon Run is no longer a timed mode, future map choices can be seen in the menu, and there’s a few other minor changes that make everything smoother. On their own, none of these tweaks are major, but when combined they make a big difference and save a lot of time, making Splatoon 3 the least intrusive game to play in the series so far. 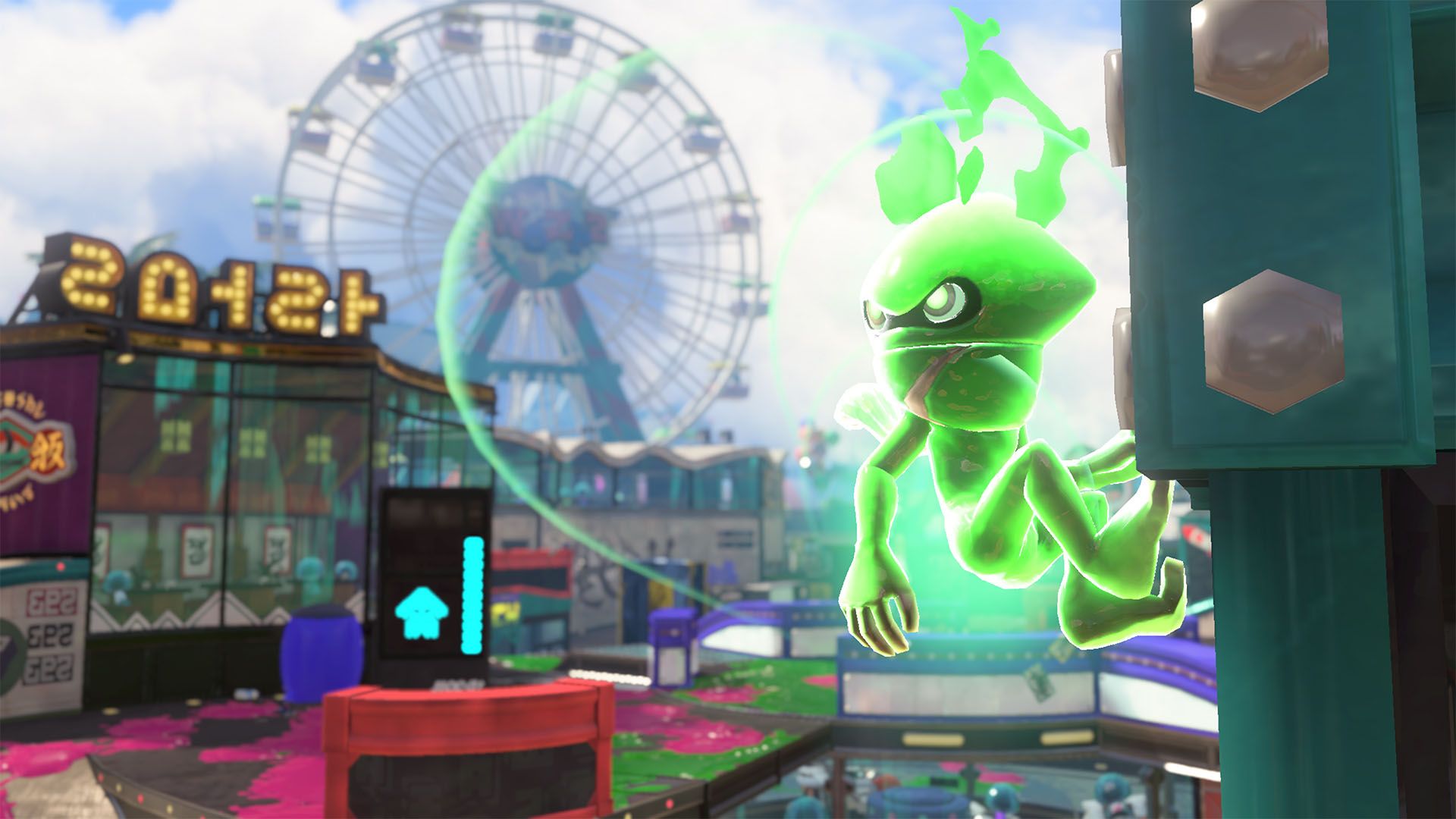 Even with that badge, there are still some Splatoon-isms that feel outdated in 2022. We can now see the next few sets of stages in the pause menu, but having just two every two hours feels like a peak Nintendo misunderstanding of online systems and gets old very fast, especially with two-minute matches that blur into one another. Getting the same map four times in a row or seeing a stage you want to play set for a certain time period you weren’t going to be online for makes Splatoon feel like work, and it’s baffling that it still works this way, especially with how many great changes have been made throughout.

Thanks to its fantastic multiplayer, quality of life changes, and great single-player, Splatoon 3 is undoubtedly the best game in the series. It won’t be changing anyone’s mind if they don’t already love the series and is essentially just more Splatoon, but I’ll be damned if that’s a bad thing.

Psychonauts 2 is available on Nintendo Switch. Review code was provided by the publisher.