You are here:
Home / Splatoon 3 Preview – Iteration Not Evolution, And That’s A Good Thing

Splatoon 3 Preview – Iteration Not Evolution, And That’s A Good Thing

Breath of the Wild. Super Smash Bros. Ultimate. Kirby and the Forgotten Land. There are some Nintendo games that stand out as some of my all-time favourites, but there’s none I love more than Splatoon. The original game was the reason I bought a Wii U in the first place, and I instantly fell in love as I poured almost 100 hours into the ambitious multiplayer delight.

The same was true of its sequel, being the first game I bought for my Nintendo Switch when that launched back in 2017. The series’ more competitive focus, dark lore, compelling ink-spreading gameplay, incredible customisation options, and catchy music all make Splatoon the greatest game of Nintendo’s library, and that’s something I don’t say lightly.

With that in mind, I’ve been inkcredibly (wahey) excited to see how Splatoon 3 hopes to evolve the series and push forward a formula I’m already smitten with. After spending a few hours with the game, it feels like a more iterative sequel than an evolutionary one, retaining everything great about past entries while making some small yet noticeable tweaks. You can only polish a diamond so much, after all. 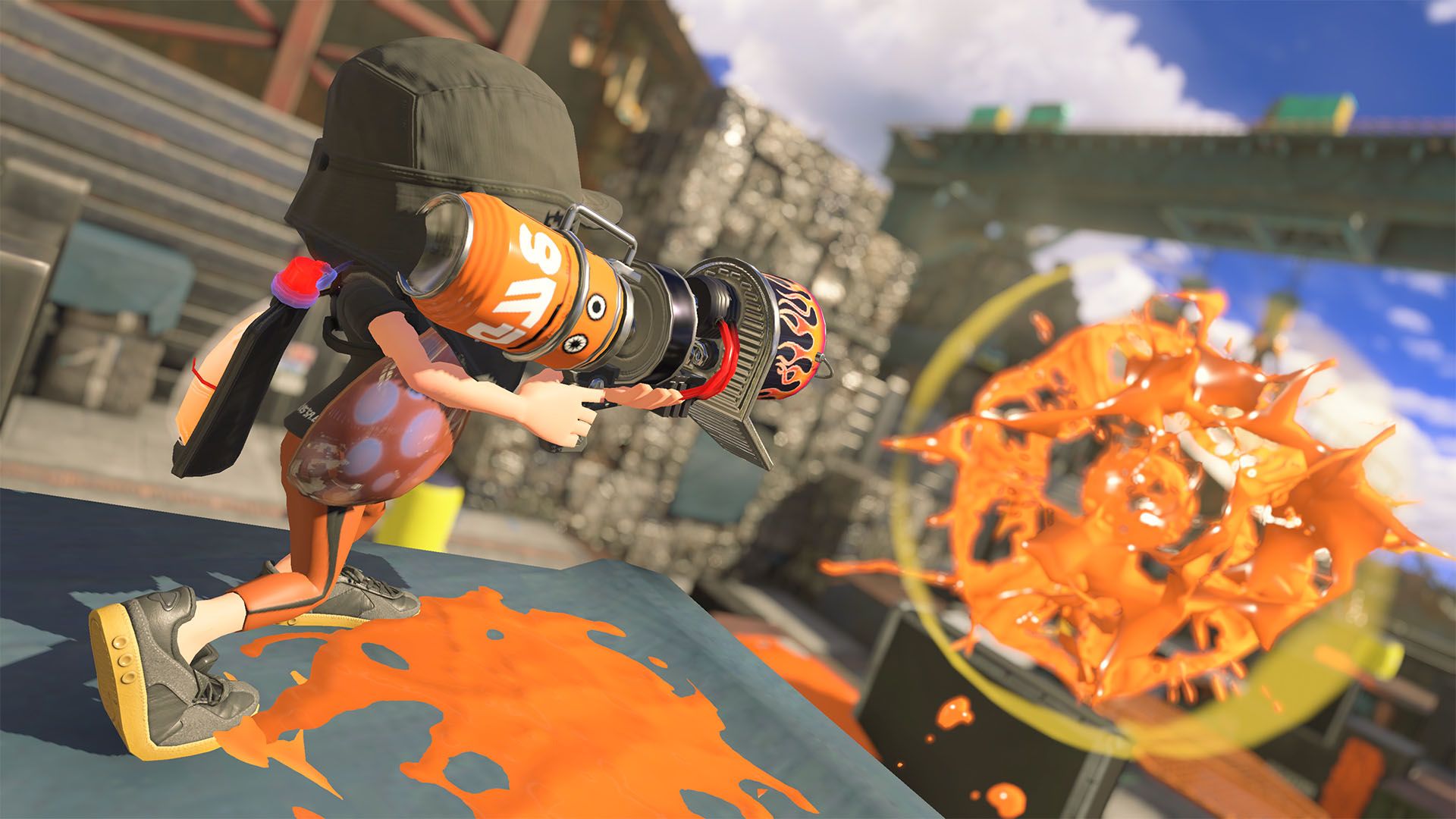 First up is the single-player mode, where I was able to play three early-game missions. It’s pretty typical Splatoon story campaign fare and sees you progressing through quick five-to-ten minute levels that give you a specific choice of weapon and task you with using it to spread ink to get through platforming challenges and defeat enemies in your way. They’re more like obstacle courses than traditional levels, really.

Although the levels seemed like they fell during the early hours, there was still a decent amount of challenge and thinking to be done, which has me hoping that Splatoon 3’s campaign has learned some lessons from the Octo Expansion. Well, maybe it doesn’t need to be quite as hard as that, let’s not ask for trouble.

Through the single-player mode, I also got the chance to try out one of Splatoon 3’s new weapons, the bow-and-arrow-esque Tri-Stinger. Its focus on charging means that it’s most comparable to the Splatterscope, but instead of firing one shot in a line, it shoots three horizontally, with the option to shoot vertically if you jump beforehand.

It’s hard to tell how effective it’ll be in multiplayer from a brief spell in story mode, but it proved to be a fun addition to the roster. I later had a quick test of the Splatana, Splatoon 3’s other new weapon, which essentially acts as an Inkbrush with a charged swing attack instead of rolling on the ground. I’m less keen on it than the Tri-Stinger, but it similarly felt like a worthy addition and something I want more time with. Will it replace the Aerospray MG? Probably not, but that’s a hard ask anyway. 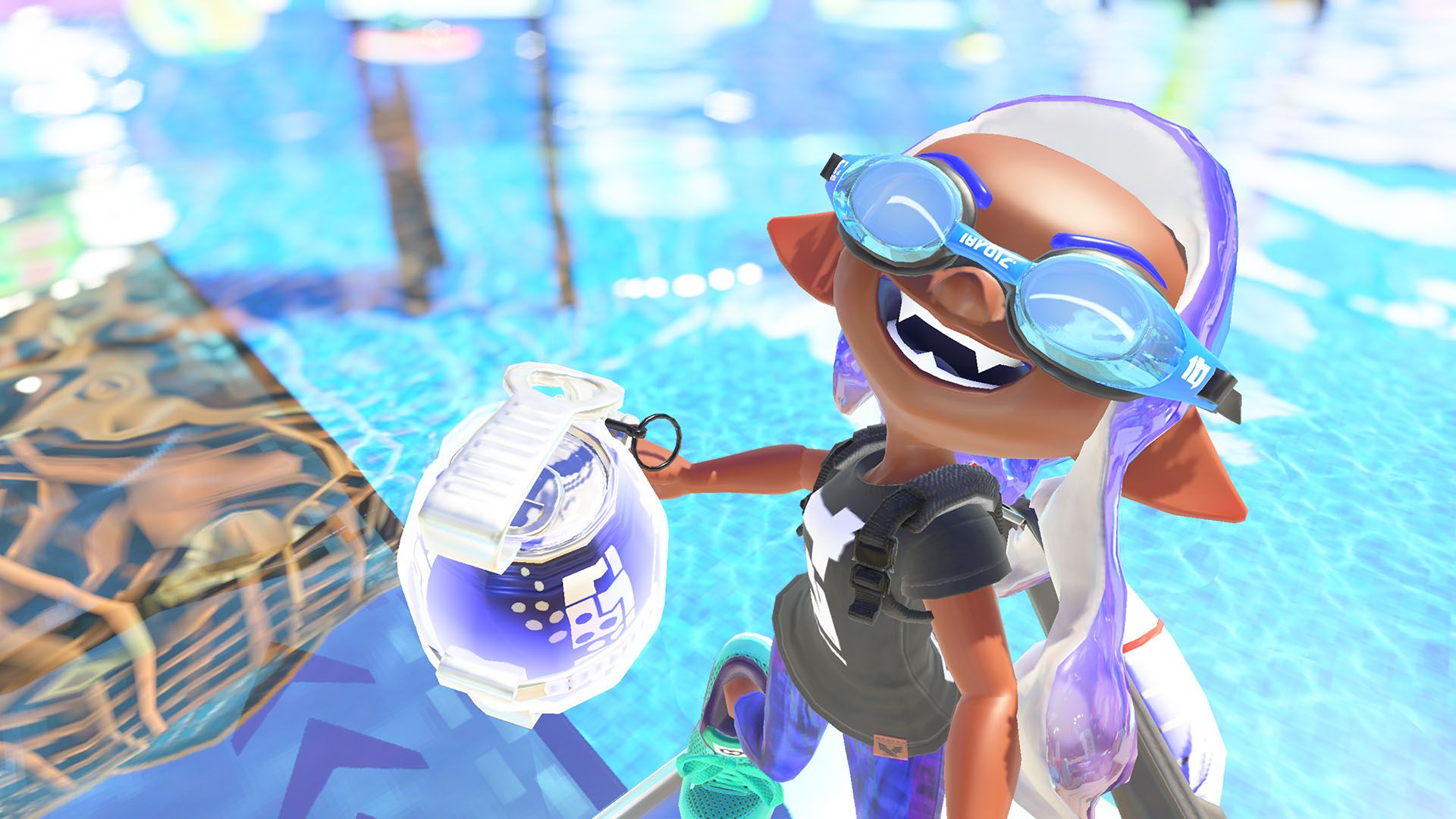 Speaking of the Aerospray MG, the indisputable champion of multiplayer matches, after getting through a few single-player levels, we moved on to a few matches of Turf War, the bread and butter of Splatoon – and what a bloody fantastic bit of toast it is. Don’t put paint on your toast for realsies though, I’m not responsible for whatever happens if you do.

For those who don’t know, Turf War features two teams of four running around a map and covering it in ink, with the final win going to whichever team has covered the most space of the map in their colour when the timer runs out. This is basically unchanged in Splatoon 3, aside from some small tweaks to the formula like being shot onto the map from a cannon at the start instead of randomly emerging – which in itself merely takes an existing mechanic and uses it to spice things up in the opening moments.

Although I wouldn’t have minded seeing single-player be mixed around a bit more from what I played, Turf War is absolutely a case of ‘if it ain’t broke, don’t fix it’. Even after just three matches, I was ready to crack open an energy drink, pull the blinds down, and stay exactly where I was until the sun came up.

Surprisingly, the gameplay change I noticed the most when playing Turf War was the new special moves and throwables, which are numerous. Thankfully, despite using the Aerospray MG religiously to ensure victory, it now has the Reefslider ultimate move. When used, your Inkling does an Akira slide on a seahorse-looking thing that can be stopped with a button press to slam the brakes and kill anything nearby. It’s already my new favourite move in the entire series. 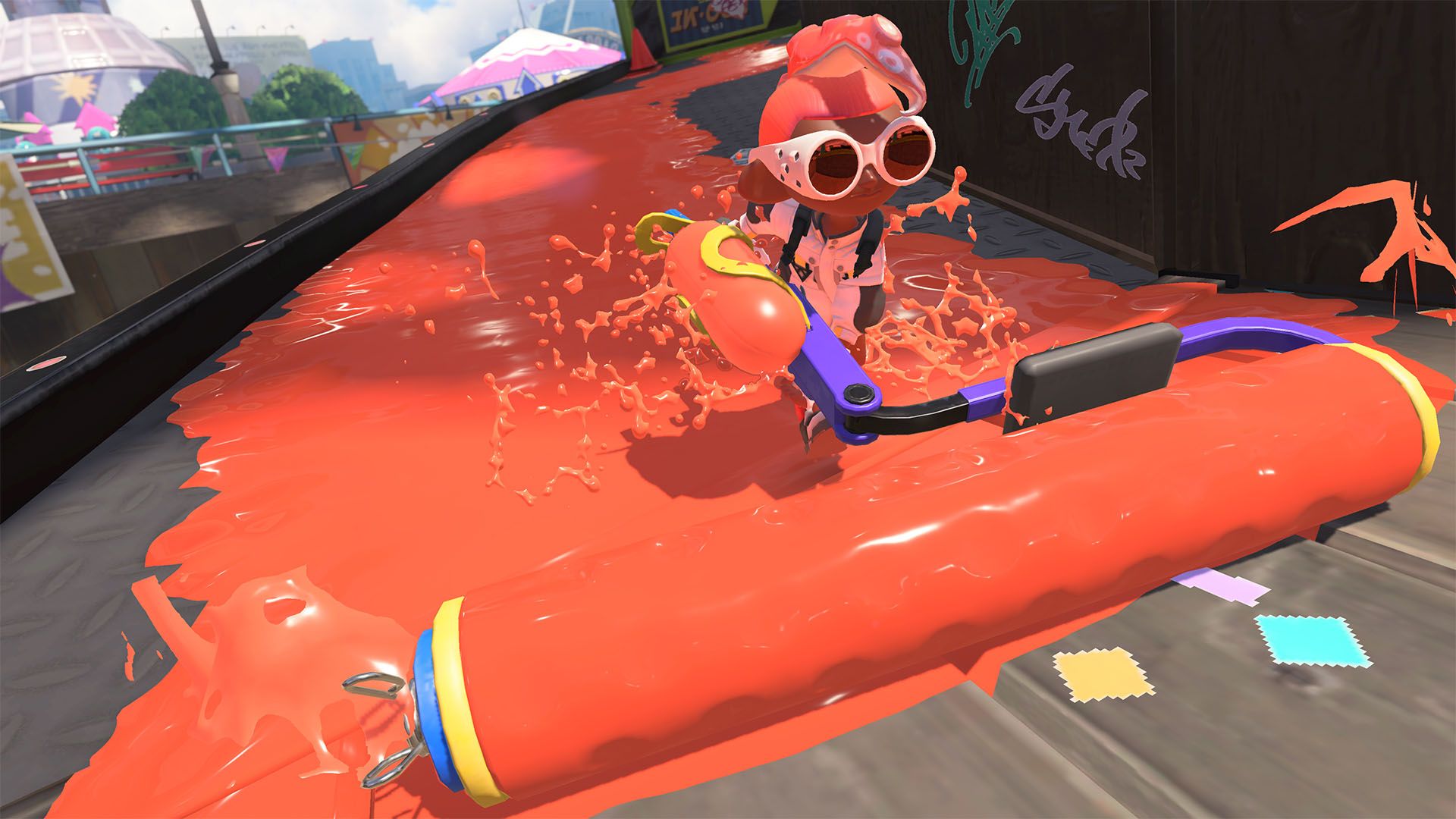 Finally, we also tried a few rounds of Salmon Run, the horde mode introduced in Splatoon 2 that sees you and three other players collecting golden eggs after defeating special boss characters. Stop me if you’ve heard this, but not much has changed here either, with the main improvement being one that only long-term players will appreciate, that being that you can chuck the egg from a distance into the basket.

Out of the three modes, Salmon Run feels like it’s changed the least, as it’s the same core concept on the same map with just a few changes. It’s still fun, however, even as someone who didn’t previously play too much of it in the past. It’s also likely Splatoon 3’s hardest challenge, as we got to 20 percent completion before failing. Where’s the game journalist mode at?

So far, Splatoon 3, much like Splatoon 2 before it, mixes things up more than it changes. The few things that it does add, like the new special moves and weapons, are great additions to the formula, but it’s still following that formula in the exact same way as it has done for two games, which might let down anyone expecting something new.

For Splatoon fans, however, that’s exactly what we wanted to see, and everything that has been added feels exciting and fresh, as well as a whole suite of quality-of-life features that should make just falling in and playing for long stretches of time a breeze. Splatoon 3 might not have changed much, but what has changed makes this third entry likely to be the best of the bunch.