You are here:
Home / Spiritfarer And Grief Gaming: Soundtracks To Soothe Grieving Souls

Many games depict the journey of grief. Sometimes it’s in the core of the narrative, where the protagonist must discover the murderer of someone close to them and avenge their death. In other games, the character experiences the process of grief throughout the narrative, most notably in the likes of the award winning games Spiritfarer and Ori and the Blind Forest. The games show the stages of loss in a comforting way with one of the most soothing elements of each of them being found in their soundtracks.

Many players have found catharsis in the likes of Spiritfarer, the game reflecting their grief whilst also helping them understand the process of moving through the experience. The music of Spiritfarer has become a comfort to many, and composer Max LL spoke about the experience of creating the score. “Grief is a complicated subject,” he wrote on the game’s website, “The team at Thunder Lotus wanted the portrayal of death in a way that would allow us to discuss the subject more openly. Grief isn't all negative or positive, it has infinite layers of complexity and the music had to embody some of those conflicting emotions in certain moments of the game.” Spiritfarer doesn’t shy away from the experiences of grief and opens up a dialogue between the varying characters and Stella, who takes them through the Everdoor to their end. What is significant about the music in the game is how deeply it reflects the characters’ experiences and creates a multi-dimensional narrative.

In some instances of games like Spiritfarer and Ori and the Blind Forest, the music reflects (and sometimes preempts) events with darker notes during or before witnessing a tragedy. In Spiritfarer, when Stella leads one of her friends to the Everdoor, the music becomes melancholy and sparse in anticipation of the impending farewell. A great example of music pre-empting events in Ori and the Blind Forest is where Ori returns to the cave to find Noru has died, the music drops out of happy, lighter tones to a much more solemn sound. Max LL described the phenomenon of how music can affect us. “We feel discomfort when hearing dissonant chords, and a major scale often feels happier than a minor scale to most of us. I try speaking a language with music that most people, even if they don't understand it fully, will be able to feel.” In this instance, music can be directly attached to the events the characters endure, and as a result, players begin to understand the nature of the events depicted both visually and auditorily. In life, the outcome of an event is guesswork and can be anxiety inducing, but in the games, the shifting tone of the music offers a subtext to prepare players for what’s to come. 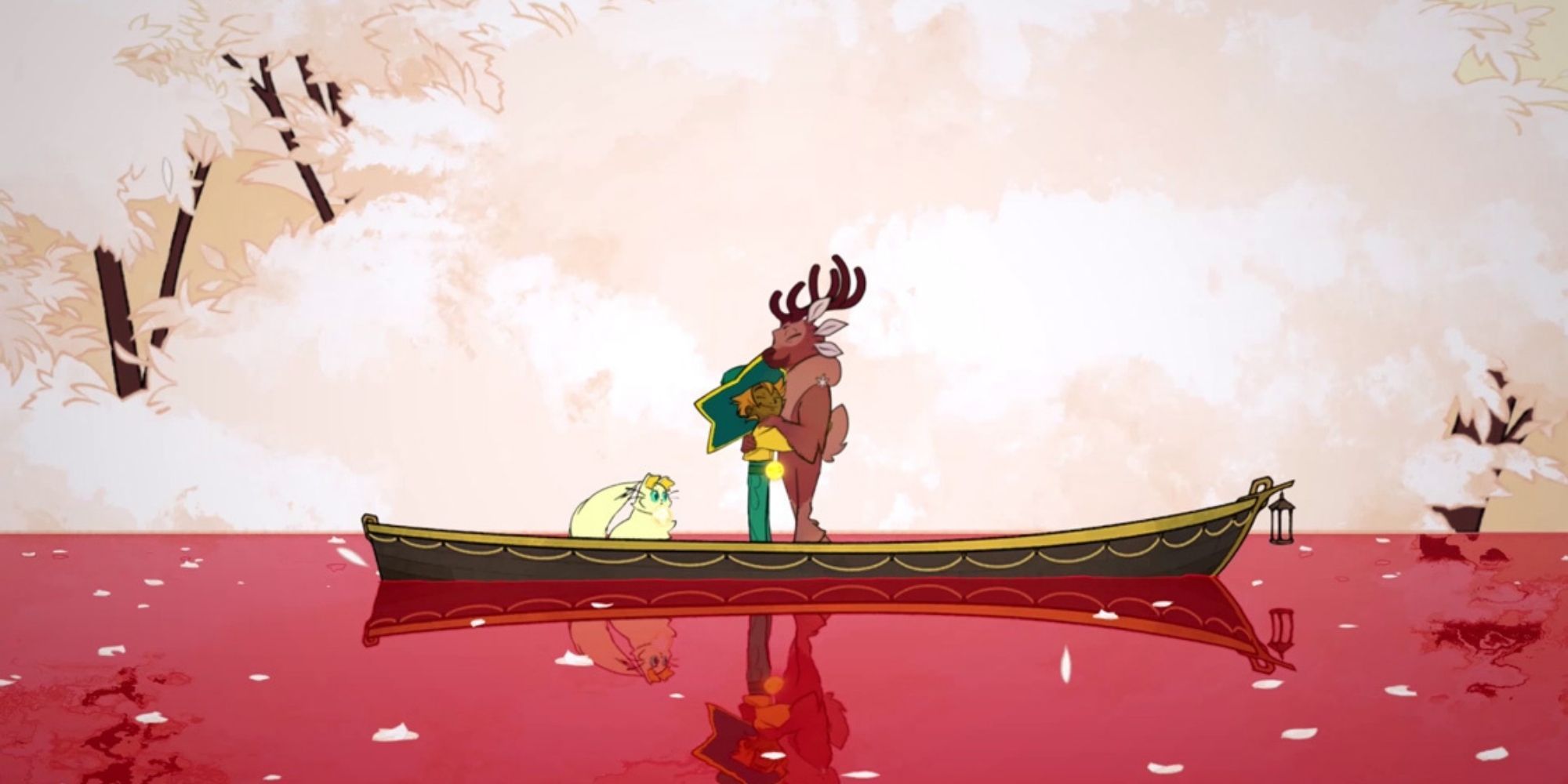 What’s interesting about the use of music in games surrounding grief is how it acts as a signal of change. The music usually begins just before the image has transitioned into the preceding scene, and whether through a change in volume or particular notes, the music signals the theme of the preceding events. In doing so, it offers players a chance to opt out. If the tone drops suddenly, and the player is not in a position to deal with, for example, a character in Spiritfarer ready to go to the Everdoor, they can put the game down. This is especially important for those who may be experiencing a grieving period themselves.

Games regarding loss and grief have an inherent human connection, as the experience is something all of us have to contend with in our lifetimes. Max LL spoke about integrating music with the characters emotional experience; “I simply tried bringing to life the emotions that the characters inside the game were experiencing. If the player can relate to those characters, they will probably experience those emotions as well.” When we can relate to a character’s experience that impact is long lasting, and when soundtracks unlock this emotional connection, it can be comforting to us to revisit in order to feel less alone. The soundtracks of grief related games are beautifully and uniquely composed, strengthening this connection between grief and music. 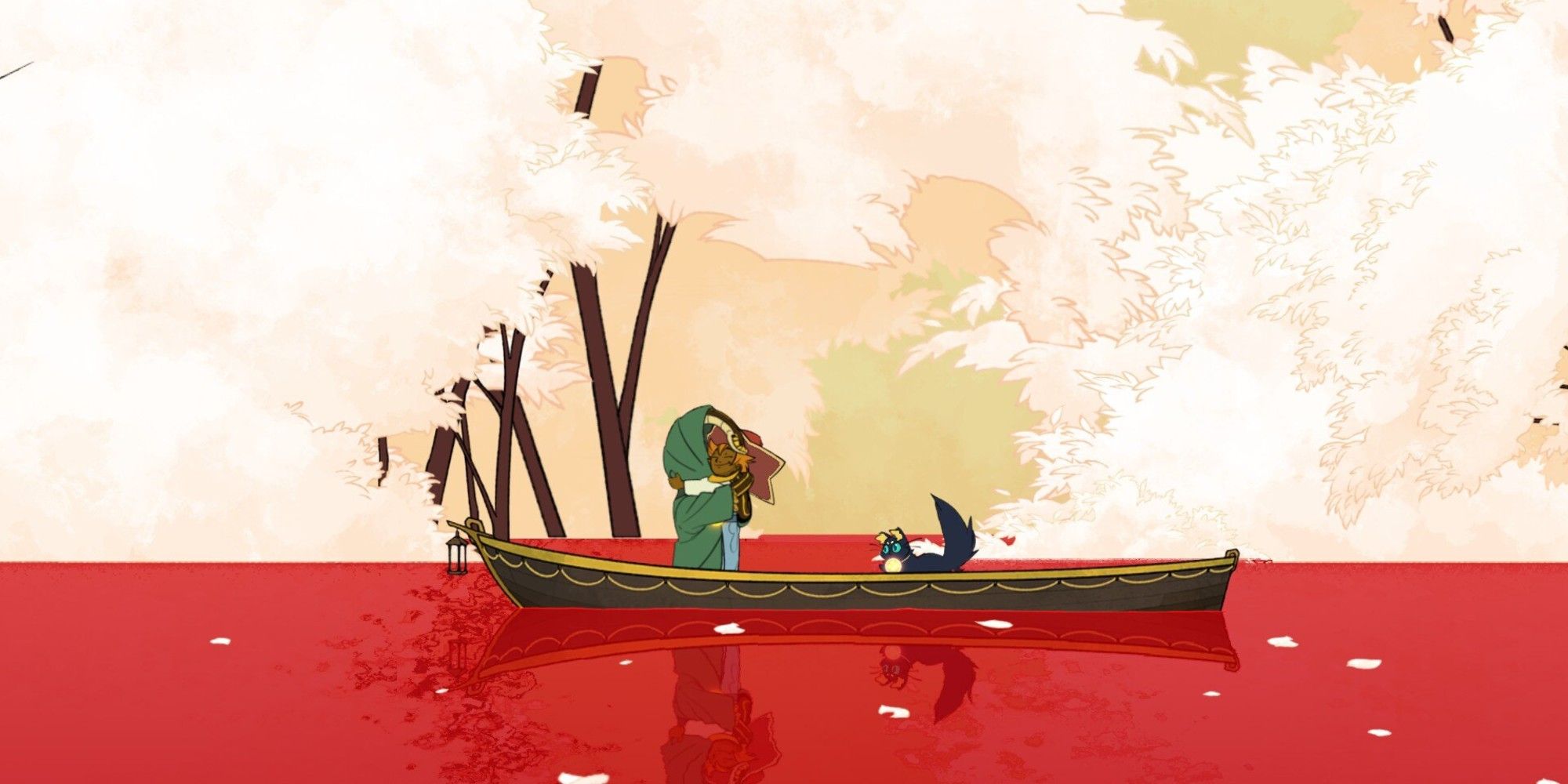 Occasionally, a protagonist’s journey is so universal that players are able to relate to their experiences. These emotional projections may extend in the music, beyond the parameters of the game, the soundtracks being used as a mechanism to help people through their own grieving experiences that reflect that of the players.

Beautifully orchestrated music encapsulates a character’s experience and offers the player an additional layer of understanding to the process of grief. Coupled with the iconic, calming imagery, it’s easy to see why so many players become enraptured in these games, and feel more understood than they ever have. The thing about grief is that although we will all encounter it at some point in our lives, it is often an isolating experience. Whereas listening to the musical narration of characters going through similar experiences, the ups and downs of it all can help people to feel less alone.